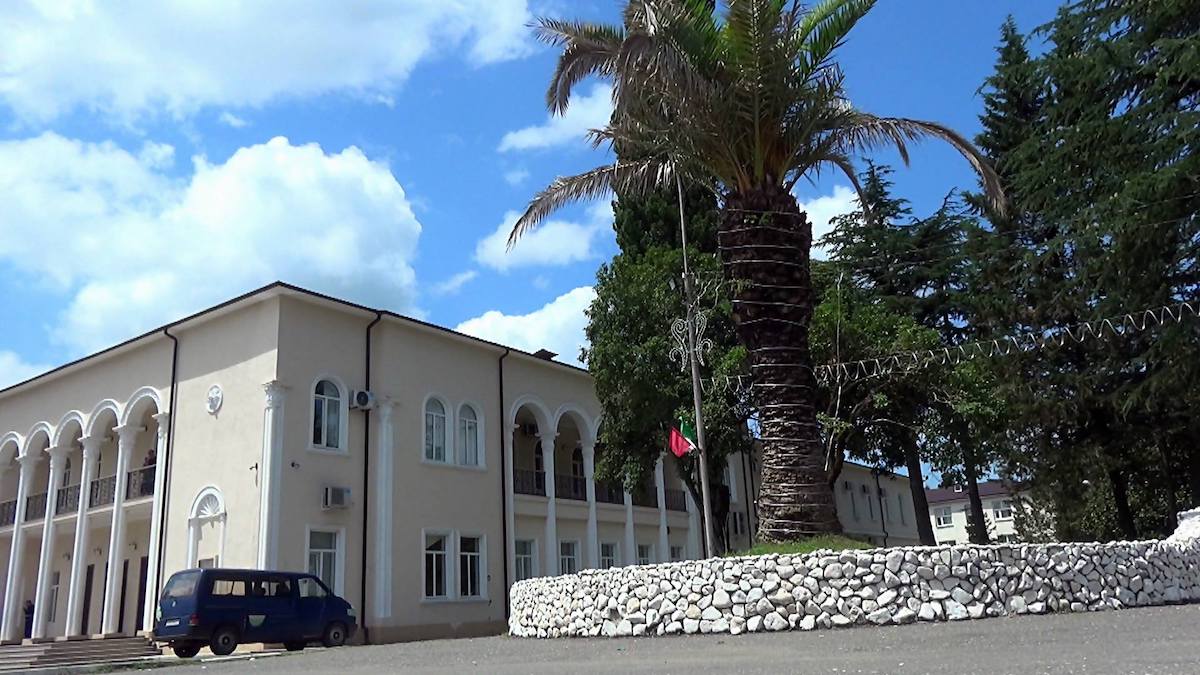 A 29-year-old Georgian has committed suicide in the Gali district of Abkhazia after being detained by Russian border guards on the administrative border with Abkhazia, reports the State Security Service (SSS) of Georgia.

The SSS says that the information was received from the Abkhaz side via the emergency hot line operating under the supervision of the European Union observation mission.

The report says that Irakli Tamazovich Kvaratskhelia, born in 1990 and a resident of the Gali district of Abkhazia, committed suicide while in a prison cell.

“Irakli Kvaratskhelia was detained by Russian border guards while trying to illegally cross the border of Abkhazia. This happened on 12 March at 16:55. Kvaratskhelia was brought to the police branch in the border village of Nabakevi. He was left in a cell to write an explanatory note, but after a while they found him hanging there. Everything happened within an hour, without any reason,” Abkhaz Foreign Minister Daur Kove told JAMnews by telephone.

State Minister for Reconciliation and Civil Equality Ketevan Tsihelashvili made a statement late in the evening on 12 March.

Tsikhelashvili said that all the concerned state and international bodies have been brought into the case, as well as an EU special representative and the co-chairs of the Geneva discussions.

“All three co-chairs are currently in Georgia, and tomorrow they will head to Sukhumi. What happened will be one of the main topics of their visit,” said Tsihelashvili, adding that an investigation would be opened in connection with the death of Kvaratskhelia.

The Interpressnews Agency, citing Rezo Kobalia, a representative of the government of Abkhazia in Samegrelo-Zemo, Svaneti, published information that on 11 March Kvaratskhelia was in need of medical assistance.

Kobalia says Kvaratskhelia was allegedly detained in Tagiloni [ed. a village in the Gali district] and taken to Nabakevi:

“I am checking with various sources. Recent evidence suggests that he was taken from Tagiloni to a military base in Nabakevi. It is said that his condition was grave. Other details are not yet known,” Kobalia said.

The Gali district is an administrative unit of Abkhazia. According to the 2011 census, Gali is predominantly inhabited by Georgians (98.21 per cent).

The status of Georgians in the area has been unclear for many years. They do not enjoy all the rights of Georgian citizens, but they do not have Abkhaz citizenship either (according to data from 2017, out of 17,800 people, only 340 had Abkhaz passports).

The area directly borders the Enguri River, which, after the Abkhaz war, is considered to be the line that separates the conflicting parties.

The Enguri hydroelectric power plant is located in Gali. It is the most important energy plant in the region, and is used by both Georgians and Abkhaz.

The main problems faced by Georgians living in the Gali district include:

• Limitations to education in the Georgian language

• Issues concerning citizenship of both Abkhazia and Georgia

Moreover, there has been a serious crime situation in Gali for many years, with frequent killings, robberies, extortion and kidnappings for ransoms.

Abkhazia experiencing lack of soldiers due to coronavirus

Counting Georgia’s losses due to the pandemic

Abkhazia experiencing lack of soldiers due to coronavirus

Counting Georgia’s losses due to the pandemic