The seven most important events in Armenia in 2018

The main, crucial event of the year, the Velvet Revolution, began with the Take a Step campaign.

The initiator of the protest movement and leader of the Civil Contract opposition party, Nikol Pashinyan, went from the second largest city of Armenia, Gyumri, to the capital by foot. The march transformed into round-the-clock protests, and then into a mass protest movement.

• Op-ed: EU-Armenia relations after Velvet Revolution – why no breakthrough has occurred

• Just what’s happening in Armenia? Main players, who wants what

The motto of the protest movement was the phrase “Reject Serzh”, referring to Serzh Sargsyan who had served as president for 10 years. On 23 April, under pressure of tens of thousands of people, Serzh Sargsyan announced his resignation. The ruling Republican Party then made concessions in the parliament and elected Nikol Pashinyan as prime minister.

After the revolution, a new government was formed in Armenia. It declared that the fight against corruption and the corrupt top echelon of the previous government, in addition to their closest circles and relatives, to be one of its main tasks.

2. The release of political prisoners 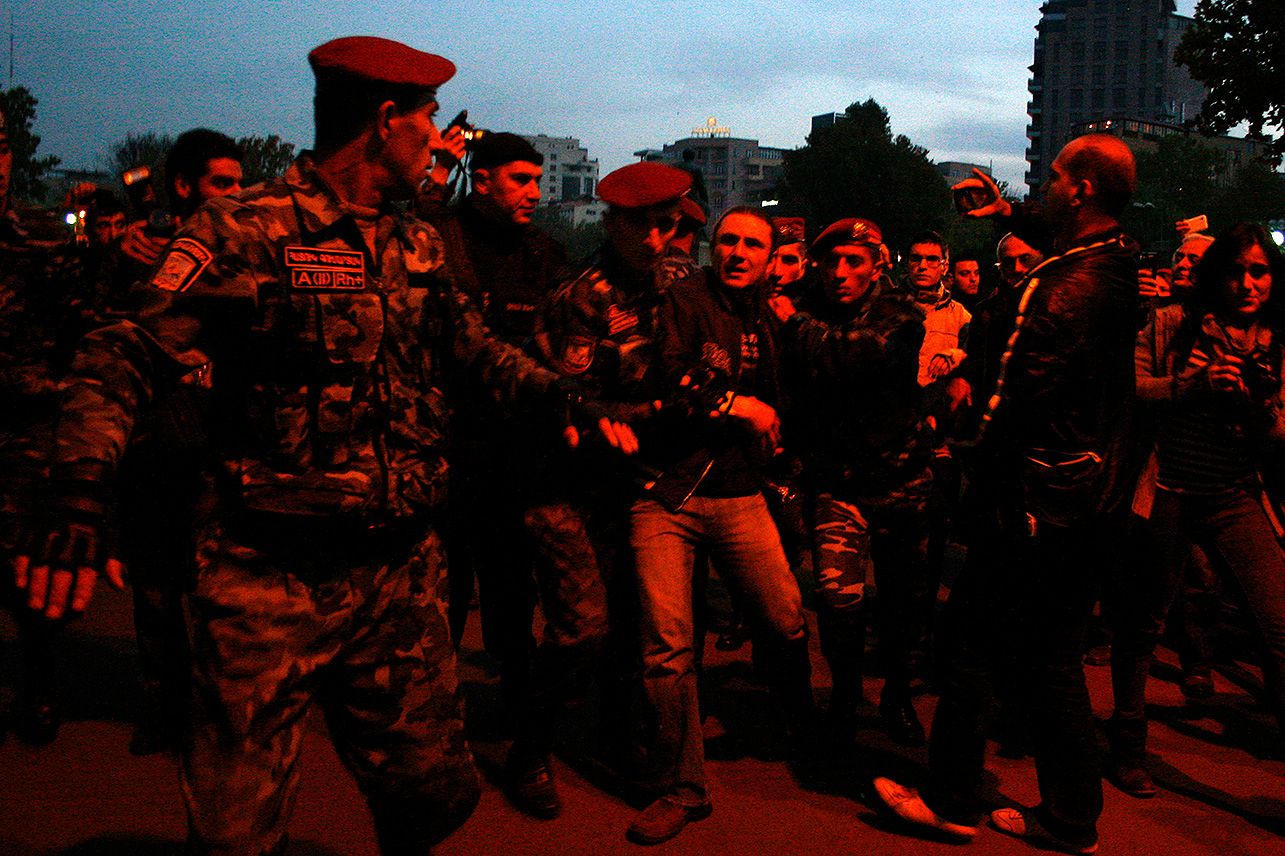 Another promise of the government that came to power after the revolution was the release of all who were considered political prisoners in Armenia.

Under the previous authorities, the political prisoners issue raised a lot of questions and caused discrepancies, such as human rights activists holding contradictory views on the issue of whether there are people in Armenia who are imprisoned for their political views.

The human rights activists, who nevertheless were inclined to believe that there were political prisoners in Armenia, put out different numbers. In general, according to their lists, there were possibly up to 25 people. However, not one of them was recognised as a political prisoner by the Council of Europe.

From 2016, members of the armed Sasna Tsrer group, who seized a Patrol Police station in Yerevan, joined the list. They were the first to demand a change of power, having resorted to an armed seizure of a public institution. However, their attempt failed.

As a result of their actions, three policemen were killed. Two weeks after they seized the station, members of the armed group surrendered and were arrested. Some residents of the country considered them political prisoners, while others thought them terrorists.

However, society demanded the release of all political prisoners after the revolution, and in 2018 they were also set free.

3. The ex-president goes to prison

The second President of Armenia, Robert Kocharyan, celebrated his New Year in a prison cell. He has been charged with ‘overthrowing the constitutional order’ in the country in 2008.

Among the main promises of Pashinyan’s “revolutionary” government was a fair investigation of the events of 1 March 2008.

In 2008, there were two main candidates in the presidential election – Serzh Sargsyan and the first President of Armenia, Levon Ter-Petrosyan. The latter did not recognize the official results of the vote – that is, his defeat. His supporters took to the streets and protests lasted two weeks. They later turned into large-scale clashes with law enforcement agencies, as a result of which 10 people were killed.

During these events, President Robert Kocharyan was the President of Armenia, and introduced a state of emergency in the country.

Nikol Pashinyan was a member of Levon Ter-Petrosyan’s campaign headquarters at the time. After the tragic events of 1 March, the opposition figure was accused of organizing mass riots. He hid for a year and four months, then voluntarily surrendered and was sentenced to seven years in prison on charges of “using violence against a representative of the authorities”.

After being released during his active political activities, Pashinyan consistently declared his intention to bring Robert Kocharyan and other perpetrators of the 1 March events to justice.

Kocharyan himself does not recognize the charges against him. Supporters of the second president consider him a political prisoner.

The criminal prosecution of the second president of the republic has made Armenian-Russian relations tense.

4. Charles Aznavour to be represented by his son in Armenia

In Armenia, many have perceived the passing of their favorite singer as a personal tragedy.

However, having lost Charles Aznavour, a friend and benefactor, the people of Armenia found him again in his son: Nicolas Aznavour.

Very soon after the death of his father, Nicolas arrived in Yerevan. He heads the Aznavour Foundation and will continue his father’s work in educational, social and cultural projects.

In December, Nicolas and his wife visited the second largest city in Armenia, Gyumri, and donated apartments to families who lost their houses during the 1988 earthquake. Nicolas, who is a dual citizen of France and Armenia, participated in the early parliamentary elections. He recently announced that he intends to move to and settle in the homeland of his ancestors.

5. The Francophonie Summit in Yerevan

Charles Aznavour was also a central figure at the 17th Francophone Summit this year. He was going to be the “ambassador” of Armenia at this event. However, he managed to become the unifying symbol of the world of the Francophonie, without even being physically present, say summit participants.

The summit was the largest event ever held in Armenia in the period of independence. It was attended by delegations from more than 80 countries, 38 of them represented at the presidential or the prime ministerial level. Among them, in particular, were French President Emmanuel Macron and Canadian Prime Minister Justin Trudeau.

• Delegates from 80 states arrive in Armenia for Francophonie summit

The summit was held under the slogan “Living Together”, and at the end of it a declaration with the same name was adopted. It enshrined the following principles: respecting solidarity, humanitarian values and diversity as the basis for peace and prosperity in the countries of the Francophonie.

The summit allowed for meetings between the new authorities of Armenia with the heads of France and Canada. The Ministry of Foreign Affairs also noted the importance of establishing close ties with African states.

The last chord of the Velvet Revolution were the snap parliamentary elections held in December.

The ‘revolutionary’ government, from the first day of its formation, worked in conditions of sabotage, said Nikol Pashinyan before the elections.

Nikol Pashinyan and his My Step bloc won more than 70% of the vote. They now have an absolute majority in parliament.

However, in the National Assembly, there will be no serious opposition. One of the two other forces that made it into the parliament – the Bright Armenia party – was an ally of Pashinyan’s in the previous convocation of parliament.

The Prosperous Armenia Party has never been perceived in the political arena as a serious opposition party.

• Elections in Armenia – a potential solution to the crisis?

One of the surprises of the election was that the former ruling Republican Party was unable to gain the necessary number of votes to get into parliament. However, representatives of the party said that despite the defeat, they would continue the struggle.

7. A small joy for football fans 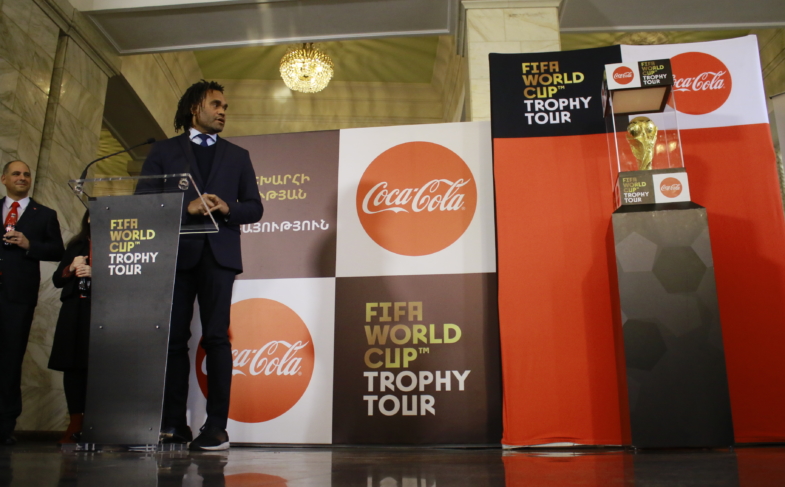 The most important sporting event of the year was the 21st World Football Championship, which was held in Russia.

Since 2006, FIFA has been organizing a cup tour before each World Cup. The famous cup weighing 6.2 kg is put up on display in front of football fans in different countries. This year the cup visited 50 countries, and for 24 of them, this was a first appearance. 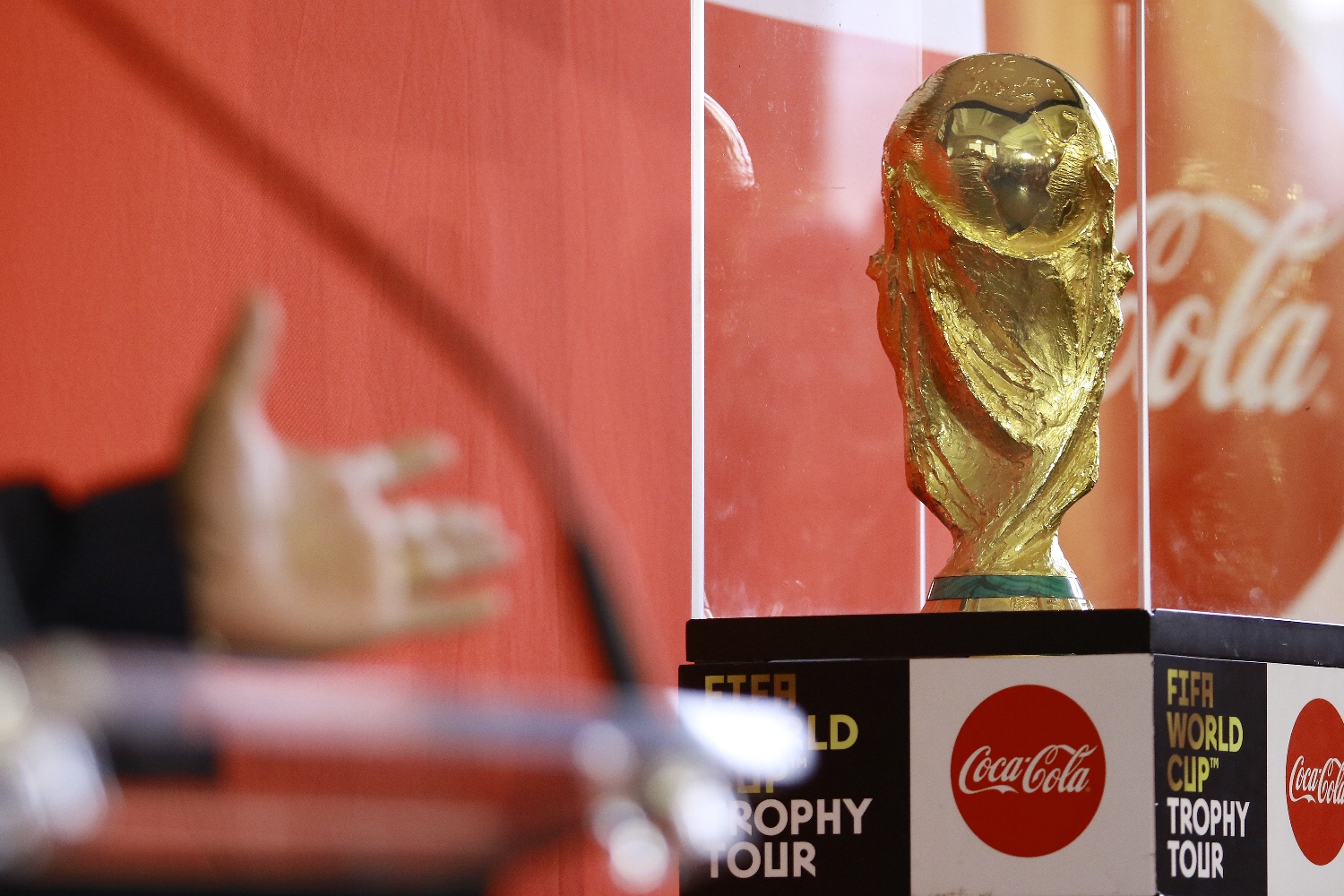 Countries that have never been able to participate in the world championships were able to feel the spirit of the football seasons thanks to the World Cup tour.