Pashinyan was able to receive the support of the former ruling Republican Party of Armenia (RPA), resulting in 59 National Assembly MPs voting in favor of him with 42 voting against him.

Before the voting session, the leader of the Republican Party faction harshly criticized Pashinyan and his supporters. Vahram Baghdasaryan stated that the party would be true to its word and would cooperate to have the opposition leader elected despite the fact that they believe that Pashinyan is not a suitable individual for the position.

In his concluding speech, Pashinyan thanked all the political parties for their cooperation and ended with the words “I serve the Republic of Armenia, I serve the nation.” 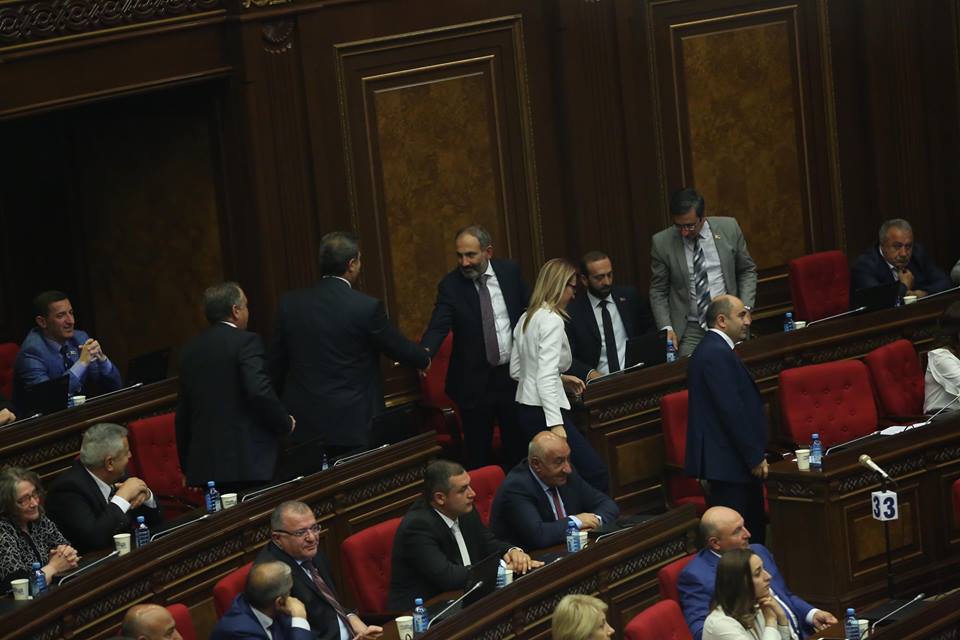 A parliamentary hearing has begun in order to elect the country’s next prime minister. The hearing is not expected to go on for more than an hour as Pashinyan has already answered all questions during the first session held last week. 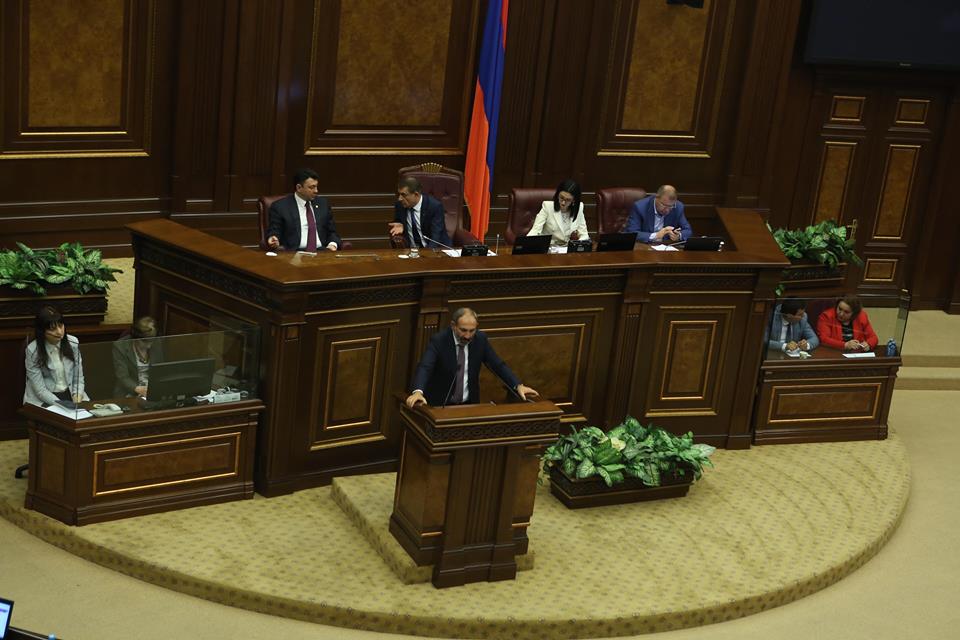 The second round of voting for the prime ministership of Armenia is scheduled to take place in parliament today at 12:00.

Parliamentary forces have come to an agreement, and the ruling Republican Party of Armenia has promised that a PM will be elected this time around. The only candidate, as was the case in the first round of voting, is opposition leader Nikol Pashinyan.

On 23 April, PM and leader of the Republican Party of Armenia Serzh Sargsyan resigned from his position as head of state having only served as PM for less than a week. His resignation was demanded by an opposition movement which started on 13 April and gradually gained support. After the resignation of Serzh Sargsyan, the civil disobedience movement continued its protests against the current authorities and demanded the election of its leader, the head of the Yelk party Nikol Pashinyan.

The first round of votes took place on 1 May. Three of the four parties represented in parliament voted for Pashinyan, but this was not enough.

In response, protestors obstructed traffic in the capital and completely shut down the city as was the case in the earlier days of the protests. However, this time the national roads and the airport were also shut down. On 2 May the Republican Party of Armenia announced that it was prepared to support the candidacy of Nikol Pashinyan for the sake of stability in the country.

The deputy speaker of parliament and press secretary of the Republican Party of Armenia Eduard Sharmazanov said earlier that:

“We, the Republican Party, retain our opinion on the prime ministerial candidate of Armenia. But we will cooperate to have Pashinyan elected. Armenia will have a new PM tomorrow regardless, and the RPA will make sure this happens. The RPA will add enough votes to make the national candidate Nikol Pashinyan the PM of Armenia.”

He did not specify who would support Pashinyan, but the Armenian media has reported that he will be voted for by RPA members who have not been overly critical of him up until now.

In order to be elected, Pashinyan needs 53 votes. The Yelk and Tsarukyan opposition factions were joined by Dashnaktsutyun and were able to put up 47 votes last time.

Pashinyan himself said that it is more than 90 percent likely that he will become the prime minister this time around. However, he called on his supporters to gather one hour before the beginning of the vote on the main square in Yerevan and to support him, as they did during the second round. Pashinyan declared 8 May a bank holiday.

“They ask me: “Are we getting together tomorrow to start another strike?” I responded: “No, but I declare that tomorrow is not a work day”.”

Pashinyan has yet to reveal the details of his programme. However, he has already said on a number of occasions that if elected, there will be no oligarchs within the government and he will not allow monopolies to form in different fields of business.

He also said that the RPA and former authorities will not face reprisal, with the exception of those who have committed crimes and violated the law.

The new cabinet of ministers, according to Pashinyan, will be put together on the basis of ‘national consensus’. It is possible that members of the Republican Party will also be present in the new cabinet.

The ruling party has already announced that it is ready to take on the role of the opposition in the country.

However, some members of the RPA do not exclude the possibility that the party will reject the programme put forward by the new government, which would lead to the dissolution of the Armenian parliament. The RPA parliamentary leader told journalists:

“Have you seen the programme? We haven’t either. He’ll present it and then we’ll see.”