The ‘golden’ air of Sotk 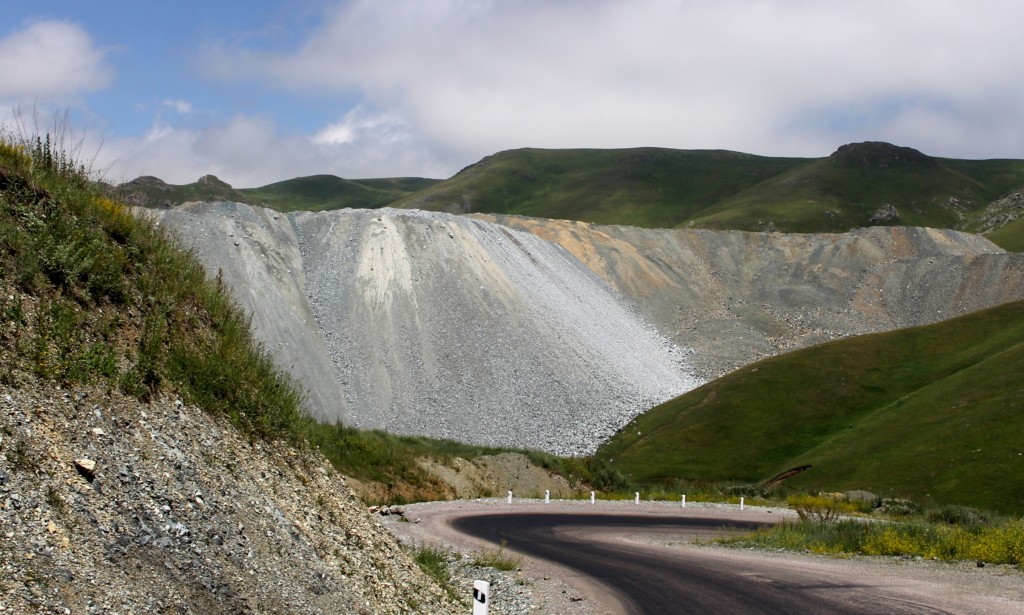 The village of Sotk in Gegharkunik Province is famous as the site of Armenia’s largest gold deposits, which are located around 10 km away. The gold reserves are estimated at about 120 tonnes and are worked by the GeoProMining company. The village’s residents, refugees from Azerbaijan, see the mine as both a blessing and a curse.

For many years one of the main problems for the village of Sotk, in Armenia’s Gegharkunik Province, was emigration. Over a period of five years, between 2008 and 2012, the population fell from 1,135 to 811. In 1992 Sotk had been home to around three thousand people – refugees from villages in the Xanlar (Goygol) District of Azerbaijan, mostly from Mirzik (Şəhriyar) and Zurnabad.

People living in border villages had to leave their homes due to the inter-ethnic conflict between Armenia and Azerbaijan, which developed in the late 1980s and escalated into a full-blown war in Nagorny Karabakh in the early 1990s.

“There were at least twice as many people living here – about six thousand Azerbaijanis. Zod (as the village used to be called) was completely Azerbaijani. Mostly, the villagers were able to swap their homes and bring their belongings, although, of course, there were some who couldn’t, who didn’t manage it”, says the leader of the Sotk village commune, Nikolai Shakhsuvaryan, who is originally from the village of Zurnabad.

According to him, the Armenian refugees didn’t just leave Sotk because of the social conditions another reason was the harsh winters. The word “Sot” actually means “strong wind” in the dialect of Syunik Province. Stories of “endless blizzards and cold weather” still survive in the works of the 13th-century Armenian historian, Stepanos Orbelyan.

“The climate in Mirzik, the village where I was born, was as mild as in Ijevan, for example. Here, the climate’s a bit different, but not so much that it was hard to get used to it”, says village resident, 42-year-old businessman, Akop Avetyan.

He lived in his native village until he was 13 years old and then left to study at the Yerevan School of Physics and Mathematics. By the following year, in 1989, the Karabakh conflict had flared up and the Avetyan family had to move to Armenia, to Sotk.

After graduating in economics, Akop left the Armenian capital and went and joined his family. Soon afterwards, he set up his own business. Over a period of 19 years Akop Avetyan managed to become the most successful person in the village, largely through potato cultivation. People also talk of Akop as someone who often helps fellow villagers in need.

“My economics studies definitely helped me. Even by national standards my potato business is large scale: 140 hectares in Sotk and another 20 hectares in Echmiadzin”, says Akop Avetyan.

This year Akop finally finished building the house he had long dreamt of and he now lives there with his wife, Narine, and their two children. According to Narine and Akop, the people of the village have been through a lot. The older generation are still nostalgic for the past. However, Akop believes there’s always a solution.

“There are always problems. It’s not easy in war. But that’s almost 30 years ago now. Of course, some people blame their failures on that time but three decades is long enough to sort something out in your life”, he says with conviction.

As he sees it, whatever happens, fate is in the hands of those who don’t let go and who keep aiming for their goals. Some people may become disheartened or unable to work any more, but there are others who just don’t give up.

In terms of the number of jobs it offers, Akop’s potato farm competes with the Sotk goldmine. The businessman says he employs up to 600 people every year for seasonal work and they earn three times as much as they would at the goldmine, which employs a few dozen villagers.

Almost half of the village budget comes from land taxes which, since 2010, the company has paid to the Sotk village commune rather than to the marzpetaran (regional administration). The budget is equivalent to that of six or seven Armenian villages and amounts to 110 million dram ($230,000). Of this, 66 million dram ($138,000) comes from the land taxes paid by GeoProMining. The village also receives environmental subsidies from the central government budget.

“Since 2011 the land tax has increased significantly. We have a big budget which means we’ve been able to build a water pipeline and we can do lots of projects to help the people of the village. As a result, migration away from the village has dropped significantly over the last seven years. If people do leave now, the population soon goes up again because people move here from neighbouring villages”, says Nikolai Shakhsuvaryan.

He reports that 150 of Sotk’s 180 families have work. “People work at the mine, at the military base, for the commune and at the school.”

However, the village’s residents confide that the wind often brings clouds of smoke from the mine which is bound to have an effect on agriculture. In Avetyan’s opinion, developing agriculture could be no less profitable for the people of Sotk than working in the mines.

“If the mine affects the air then of course it affects the soil and the water and it must have an impact on the harvest. We can tell from the young plants whether or not the potato’s OK. The mine pays taxes and some people from the village are employed there. And that’s it. For three months’ work in the mine you can earn 400,000 dram ($836), but working for me you could make the same amount in a month”, says Akop.

Meanwhile, the village budget may soon be substantially reduced. A plan to enlarge and consolidate the communes in Armenia will also affect Sotk. It is to be combined with 17 other villages to form a single commune and on 5 November elections will be held to choose the commune’s head.

“We can’t see how they’re going to divide up the budget yet, but I think our village may suffer if the money’s shared out between all the villages. Our village breathes polluted air and it wouldn’t be fair to deprive us of those resources”, says Nikolai Shakhsuvaryan.