A childhood in Baku’s ‘Armenian’ neighborhood

Officially, it was named “Factory Street.” But among the locals, both this street and the whole district were called Pokhlu Dere–”Shitty pit.” Long ago, before there was a sewage system, all the muck from the upper neighborhoods drained down here.

Eventually the sewers were built, but the name still stuck. This area was one of the Armenian neighborhoods in Baku. Armenians were not the only ones living in Pokhlu Dere, but there were quite a few of them.

Tatiana was born here in 1978, in a cramped, multinational apartment complex which housed seven families. The living situation was far from ideal—the neighbors drank, fought, made such a scene that the police were called, and went on binges as often as they could in the era of food shortages. They took turns washing their laundry under a common faucet, and in the evenings they drank tea in the courtyard and threw together what scraps they had to make a communal salad.

“The neighbors who lived closest to us were Vagan and Margo,” says Tatiana. “We shared a common bathroom.

Vagan, who was retired, believed that pensioners needed to rest during the day, and that children should not bother them during this time. We, the children living in the complex, did not observe this ‘rule,’ which often led to scandals.

His wife Margo worked in some state office. In the complex, they believed she had the ‘evil eye.’ If you were going out to do something important and ran into Margo in the courtyard, you might as well turn around and go home–nothing would turn out well that day.

But Margo was a fantastic baker. Every Sunday, she would knead her signature ‘Viennese dough,’—which was sweet, rich, and soft—and make it into pies, buns and rolls with various fillings. And then she would hand out generous portions to all the neighbors.”

“Cautious people” and Gayane the fashionista

“‘They’re cautious people, so they won’t buy a car.’ I overheard this phrase in a conversation between my parents, and it struck me to my five-year-old core.

The conversation was about Garik and Zhanna, the other Armenian family in our complex. Now I understand what they meant–in Soviet times, such large purchases could attract unwanted attention from the authorities. Garik had a completely legal workshop where he produced steel doors, but he did his best to make sure that his wealth did not catch anyone’s eye. Neither of them were particularly social people.

Their daughter Gayane worked as a secretary at the design institute. But she dressed up every morning as if she was performing at the opera house. Unlike her antisocial parents, she was cheerful, talkative, and very open, and the whole complex adored her. They loved her to such an extent that they would often take her side when she fought with her husband Albert, even when Gayane was clearly in the wrong.

Albert, another Armenian boy in our neighborhood, came from the ‘trucker dynasty’–there were eight brothers in his family, and all of them drove semis.” 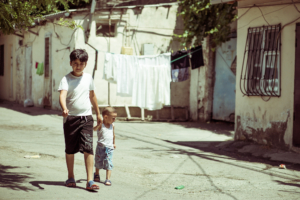 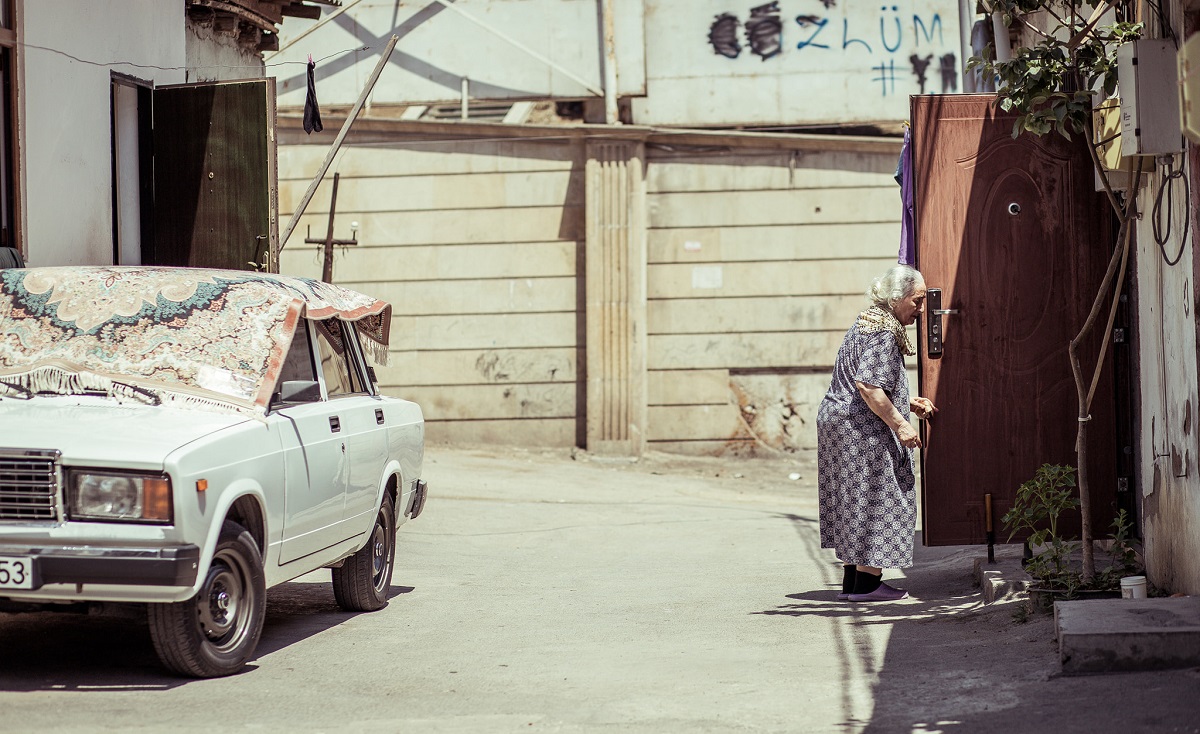 “My favorite Armenian neighbor lived not in our complex, but in the neighboring one, and she became a close family friend. Today she would be called a small-business entrepreneur, although then she was called a “profiteer.” She sold all sorts of things in the street, from copying pencils and razors to Polish perfumes and washcloths.

When I was a child, all these things seemed like magical artifacts, and Rosa herself was a fairy-tale enchantress. This image was strengthened by the fact that she could “transform.” When she went to work, she tied a scarf over her head and donned modest, shabby attire, turning into some sort of poor merchant woman. But at home, she would change into a silk robe and once again become herself–an aging, but still vibrant and vivacious woman. She adored long skirts with flounces and large gold jewelry.

Her husband Karen was a WWII veteran and had a hundred or so medals. His room was reminiscent of a history museum of the Soviet Communist Party in the 40s. The shelves were decorated with postcard portraits of various military leaders and party members of those times, with Stalin as the centerpiece. There were also two different prints of the Mona Lisa.

Karen would periodically call the children to his room and tell them in detail about each of these figures (including the Mona Lisa.) The next day, he would quiz us on what we learned.

If we answered all the questions correctly, he would give us chewing gum–a delicacy among children in those times. Although I think he just wanted to give us a treat, and his tests gave him an excuse to do so.” 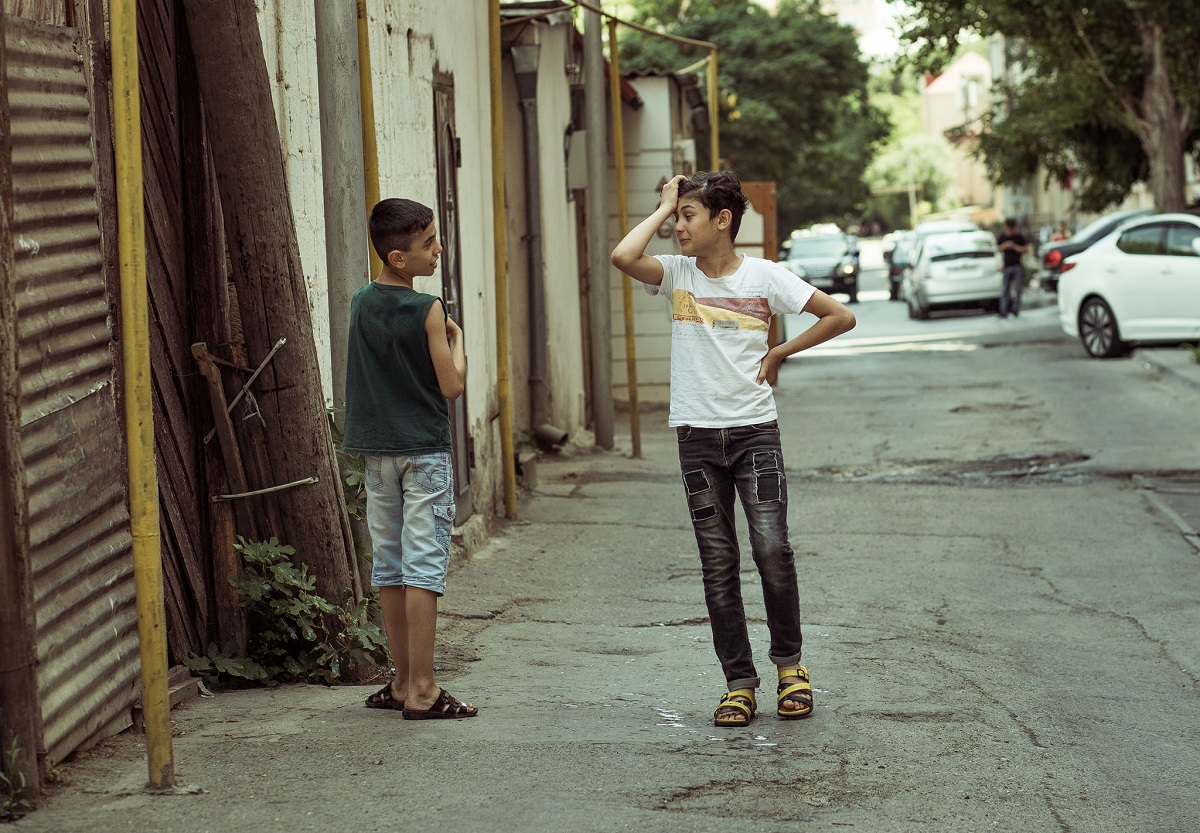 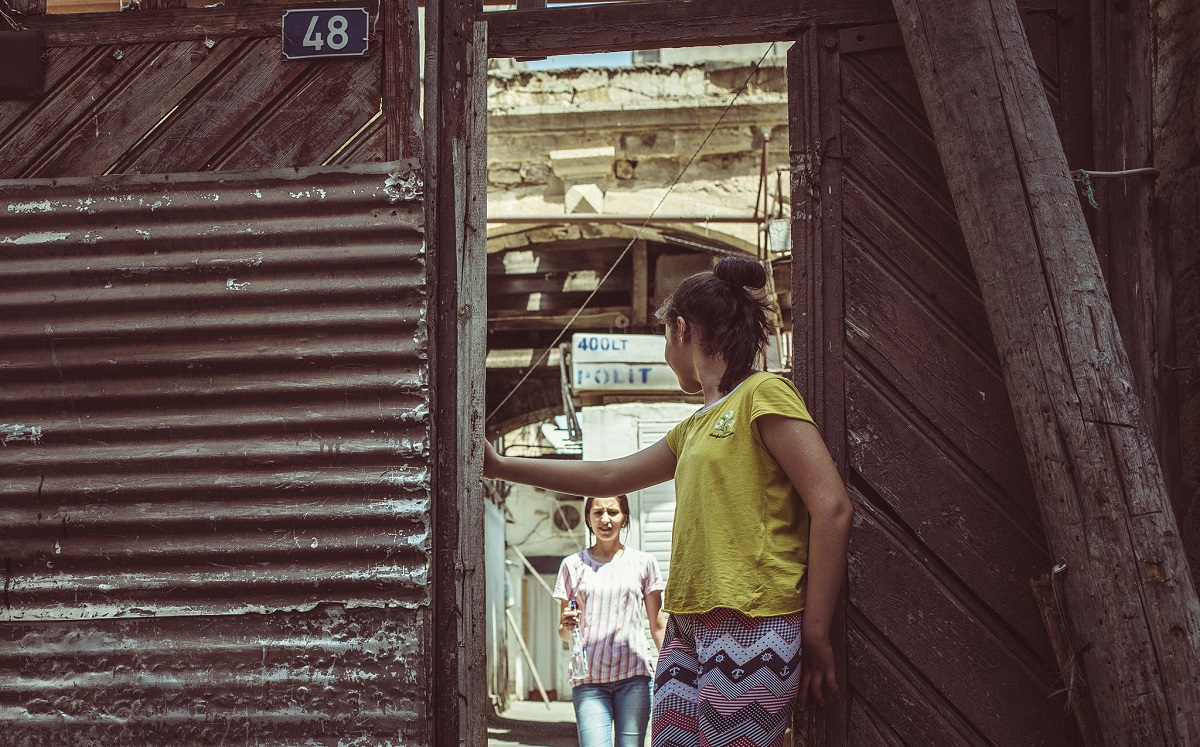 “When the Karabakh conflict broke out, I was 10 years old. Our Armenian neighbors gradually started to move away.

The first to leave were Vagan and Margo. They went to live with their children in Yerevan and sold their apartment. This is how Rugia, a young Azerbaijani girl who had moved from Armenia, came to live in our complex.

Rugia and Gayane were the same age and quickly struck up a friendship.

When Gayane left for Ashgabat, Rugia drove her to the airport.

Then Rosa and her sons moved to the Stavropol Territory [in the North Caucasus, part of the Russian Federation – editor’s note]. By that point, Karen had already died.

The next to leave were Gayane’s parents, Zhanna and Garik, who also went to Ashgabat.

For many years, when we would visit relatives in Russia, we drove through the city where Rosa lived. She met us on the platform.

One day, many years later, when I was already an adult, I happened to run into Rosa on Rugia Street. She said that she was still in contact with Gayane, and that everything was well with her.

I have no idea what happened to Vagan and Margo. But to this day, we still keep the recipe for her dough, with the title ‘Viennese Dough. Margo’ scrawled across the top.” 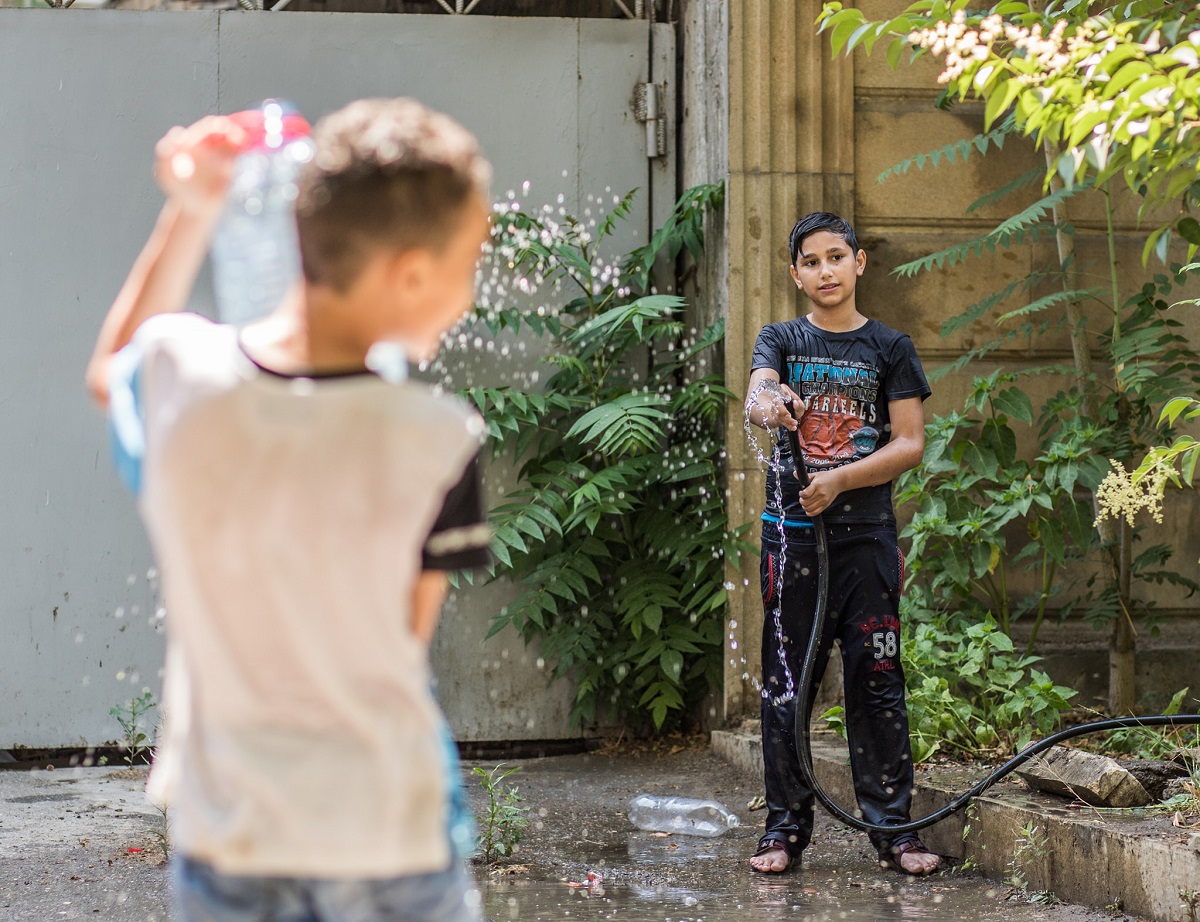 How can you call that a slum?

“Once, in the mid 1980s, some americans accidentally wandered into our courtyard. At that point, it was as if aliens had landed in our neighborhood. How they ended up there is a long story, but they ended up staying late into the evening. The neighbors arranged a fun little feast with tea, conversation, and song, accompanied by Garik on the accordion. My dad played the role of translator, as he was the only one among us who spoke English.

The Americans enjoyed everything, but found Pokhlu Dere itself quite shocking.  As they said goodbye, they openly asked my dad HOW and WHY we lived there. He relayed this information to my brother and I, and it was as if we suddenly saw Polhu Dere for the first time, through the eyes of strangers. We saw the cramped apartments which had been converted from old stables and warehouses, the endless domestic problems, the garbage dump just a stone’s throw away.

It is unsurprising that the Americans saw it as a real slum.

But the thought never even occurred to us. It was our home. And everyone around us lived the same way. And we had a lemon tree growing in the courtyard! How can you call that a slum?”