Istanbul changes up its colors

The opposition of Turkey has finally achieved its goal…again: the opposition candidate from the Republican People’s Party (CHP) Ekrem Imamoglu has been elected mayor of Istanbul.

But many experts say that the opposition has achieved more than winning the main post in the main city:

the opposition has dealt a serious blow to the image of President Recep Tayyip Erdogan’s invincibility and has shown that in Turkey a very large part of the population does not agree with his tough rule and politics. 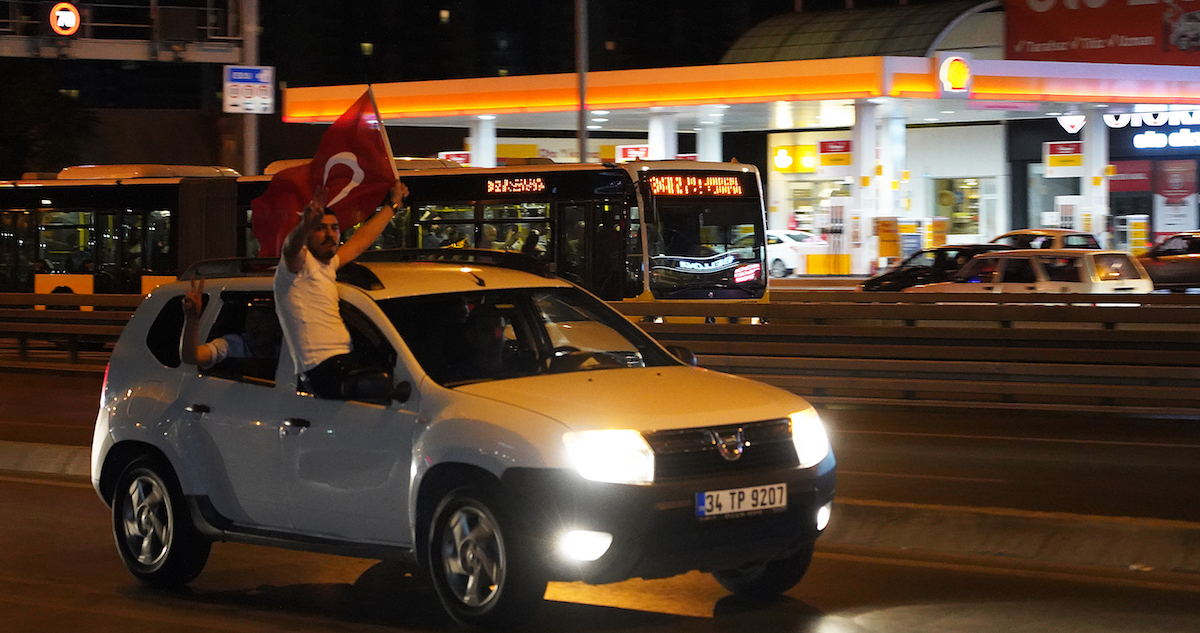 According to the election results, Ekrem Imamoglu scored 54.21 percent of the vote. His rival, the candidate ruling from the ruling Justice and Development Party, Binali Yildirim, took 44.99 percent.

All other candidates combined scored 0.80 percent.

•The economic crisis in Turkey

Istanbul was jubilant when preliminary results were announced late on June 23.

JAMnews correspondents were traveling to listen to the new mayor’s performance and observed the following scene on the bus:

“You have achieved the victory of democracy today here in our city. Thank you, Istanbul”, Ekrem Imamoglu told supporters at his first press conference.

Thousands of his supporters shouted greetings and raised their hands upward, portraying their hearts with their hands – this was one of the elements of Imamoglu’s election campaign, which became very popular, especially among young people.

Ekrem Imamoglu, 49, a businessman who inherited a family business from his father, entered politics only in 2014.

At the time, Ekrem Imamoglu was elected head of the municipality of one of the districts of Istanbul.

Although he has been a member of the opposition Republican People’s Party since 2009, his nomination for mayor of the megalopolis was a surprise for experts. Until now, Imamoglu was not considered an authoritative political figure.

On his first attempt to become the mayor of Istanbul, he won the elections on March 31. Imamoglu defeated former PM Binali Yıldırım by a small margin, taking 48.80 per cent of the vote against Yildirim’s 48.50.

However, he was only mayor for 19 days. The ruling party challenged the results, the CEC began a recount and found alleged violations. The results were annulled and new elections were announced – which have ended now with a crushing success. 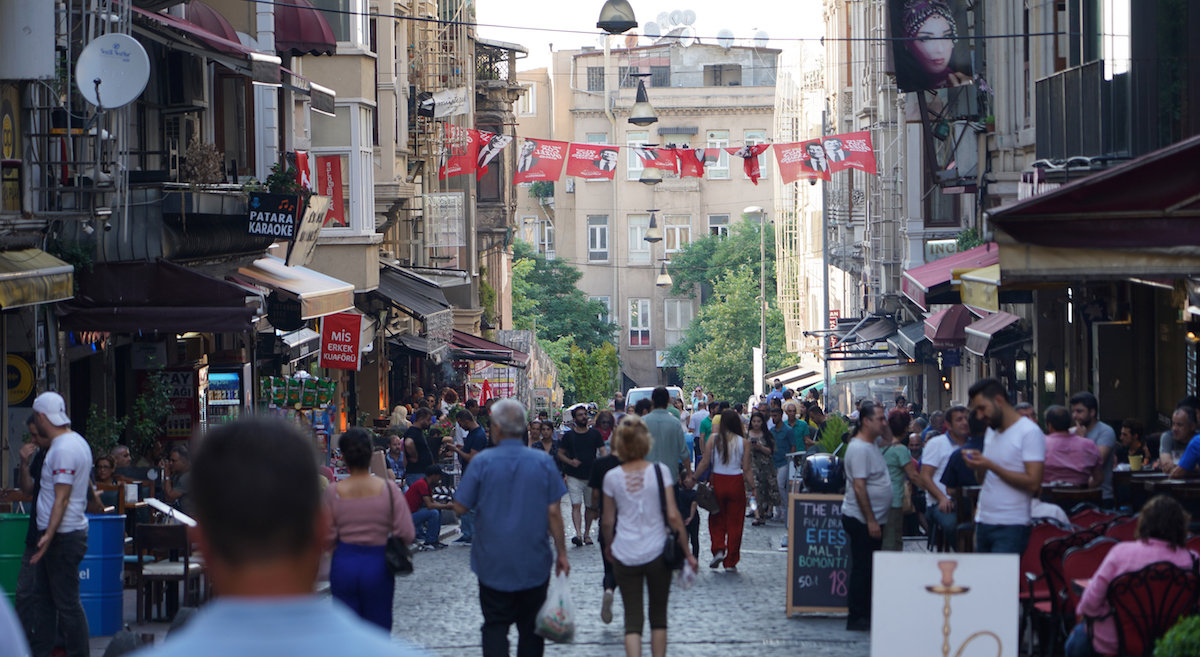 Changes on the streets of Istanbul were striking after the announcement of the election results: flags, posters and supporters of the ruling party themselves literally disappeared. The bipolar election sentiment disappeared.

This was apparent with just colors: the dominant red (the color of the ruling Justice and Development Party) changed to the blue color of the victorious opposition Republican People’s Party.

Flags of this party and state flags are flying on cars, with portraits of Ataturk and Imamoglu among them.

Among the possible reasons for the discontent of the population, which resulted in the victory of the opposition candidate, are the strengthening of Erdogan’s one-man rule,

In April 2017, amendments to the constitution initiated by Erdogan were adopted at a referendum, which strengthened the powers of the president and transitioned the country from parliamentary to presidential rule.

The referendum was held in a state of emergency and the opposition disputed its results. 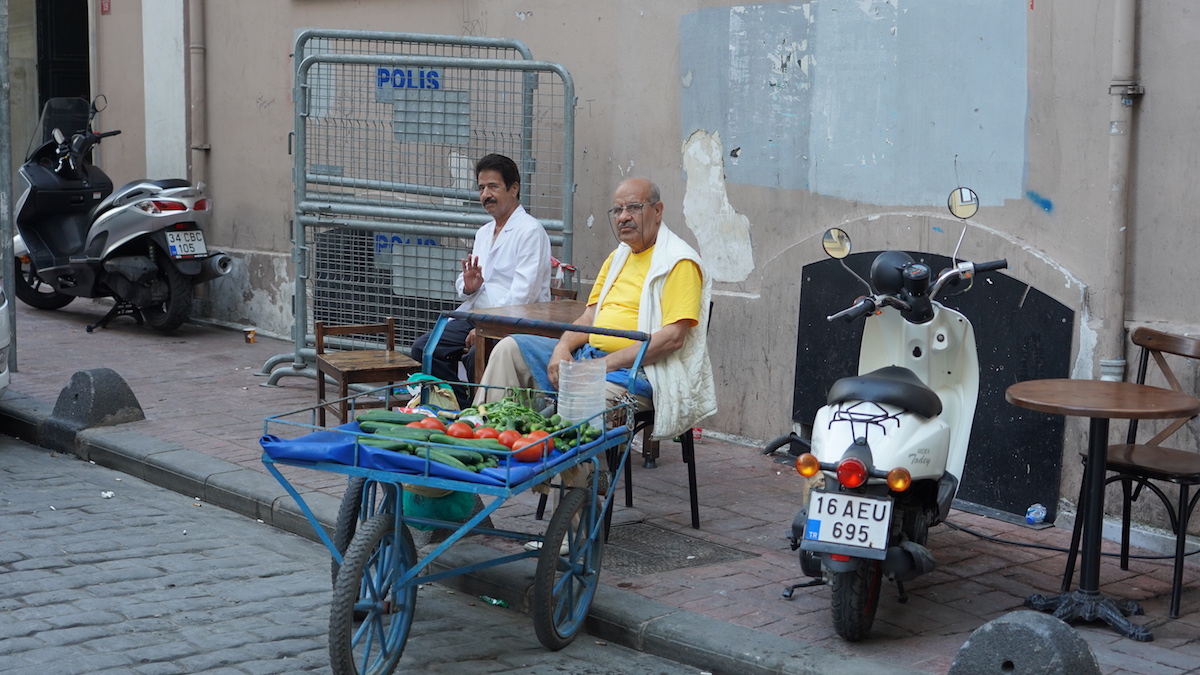 The ongoing economic crisis is also certainly one of the important reasons.

This year, Turkey has actually become a leader in terms of inflation in the world. The rise in prices has affected virtually all staple foods and caused a serious crisis in society. Consumer prices in the country in January 2019 increased in comparison with the same period last year by 20.35 percent.

However, the authorities deny the very fact of inflation and claim the rise in the price of food is a result of sabotage. To solve the problem, the government began trying to regulate the prices of products. 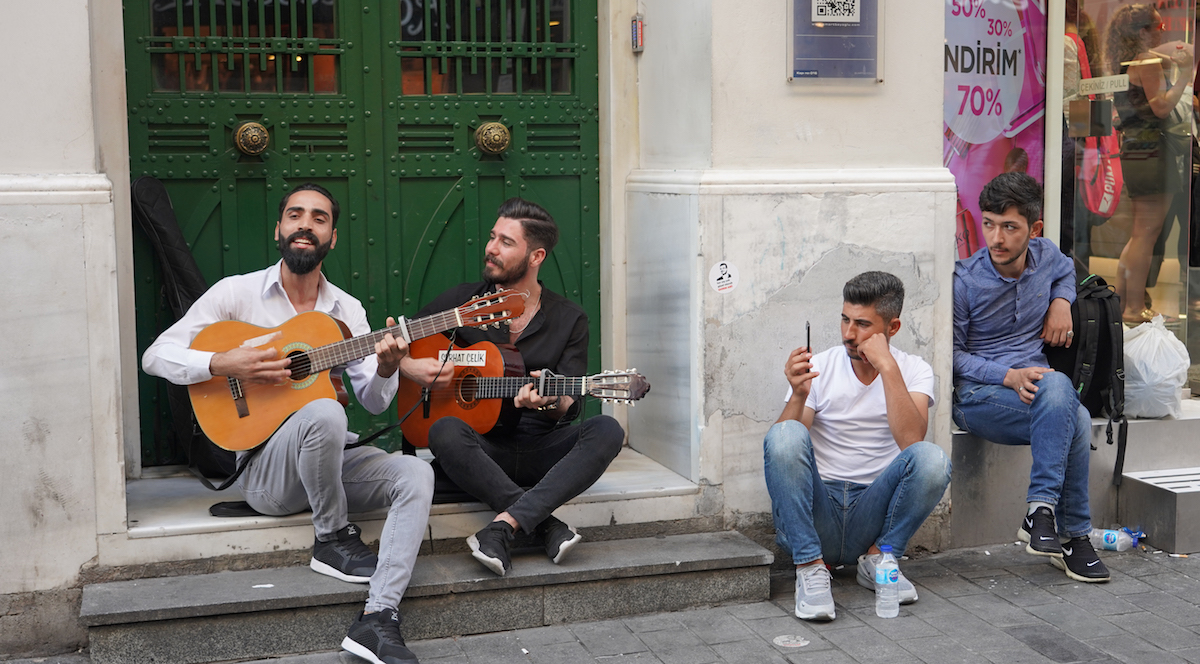 Rahim sells simit – Turkish bagels on the corner of Taksim Street. An odd large stone meant to ward off the evil eye hangs from the top of his cart – it used to hang over the door of his cafe, which he had to sell because of the economic crisis.

“The economic crisis first hit small and medium-sized entrepreneurs. This stone from the evil eye is all that remains of my cafe. I took it as a souvenir when I handed over the keys to the new owner. If the government does not change, I do not think that people will heal normally.”

Amrah, whom we met in the subway, works at a mine in Zonguldag, in the north-west of the country. He said that he came to Istanbul precisely to vote, since he lives here. Amrah is not pleased with the city authorities, and the government of the country as a whole.

“If I had found a job in my hometown, I would not need to go to Zonguldag. In the mine there are very difficult working conditions. And they do not ensure the safety of workers. True, in the beginning, the AKP has done a lot for the development of the country, but in recent years, it has gotten worse and worse, I think it’s time for Erdogan and his team to go take a rest.”

With the support of Mediaset

Almost 30,000 Georgian children do not have access to soap and are unable to wash at home, says UNICEF report

$7 million in fines issued in Georgia during state of emergency

Armenian PM: “What can we do? Let the special forces out?” 515 infections in a day