A Yerevan court has rejected the request of the lawyers of the ex-president of Armenia Serzh Sargsyan to have prosecutor Arsen Martirosyan.  The ex-president’s lawyers said the case was sent to court with dozens of procedural violations and they accused the prosecutor of bias.

Former President Serzh Sargsyan (2008 to 2018) stands accused in the so-called “diesel case” of embezzling more than $1 million in budget funds.

“The court decided to reject the motion to challenge the prosecutor Martirosyan,” said the judge Vahe Misakyan.

He also stated that the court was overloaded with other cases and adjourned the hearing.  The next hearing will be held on March 26 at 15:00.

On February 25, two high-profile court hearings were held at the same time in Armenia. Both cases have former presidents as defendants.

Serzh Sargsyan (president from 2008 to 2018) is accused of the so-called “diesel case”. It is estimated that he squandered more than $ 1 million from budgetary funds.

Robert Kocharian (president from 1998 to 2008) is accused of overthrowing the Constitutional system when 10 people were killed in Yerevan on March 1, 2008 in the process of dispersing a protest rally against unfair presidential elections. A decision on his case will be announced on March 3.

Details on  Serzh Sargsyan’s case and how he was tried

The investigation into this criminal case was concluded at the end of January 2020 and Serzh Sargsyan was charged.

Here how the story goes:

Former Minister of Agriculture of Armenia Sergo Karapetyan spent 489 million 160 thousand 310 drams [about $ 1 million] from the reserve fund of the government from January 25 to February 7, 2013. This amount was allocated as a subsidy for the purchase of 15 million 391 thousand 765 liters of diesel fuel under state assistance programs.

Investigators say that the scheme was organized by President Serzh Sargsyan at the instigation of the owner of the Flash company, Barsegh Beglaryan.

If Sargsyan is found guilty, he may be imprisoned for a term of 4 to 8 years.

He himself does not admit his guilt and considers the case to be political persecution.

Before the hearing, dozens of Serzh Sargsyan supporters gathered at the courthouse. Among them are members of the former ruling Republican Party, which is still headed by Serzh Sargsyan, as well as former government officials.

“There are many problems in the country, and this is an attempt to divert attention from these problems through criminal trials,” Hayk Mamidzhanyan, head of the Republican Party youth wing, told reporters.

When Serzh Sargsyan arrived at the courthouse, he thanked his supporters and urged them to go home.

“There is hope that there are still judges in Armenia for whom justice reigns supreme,” Sargsyan said. 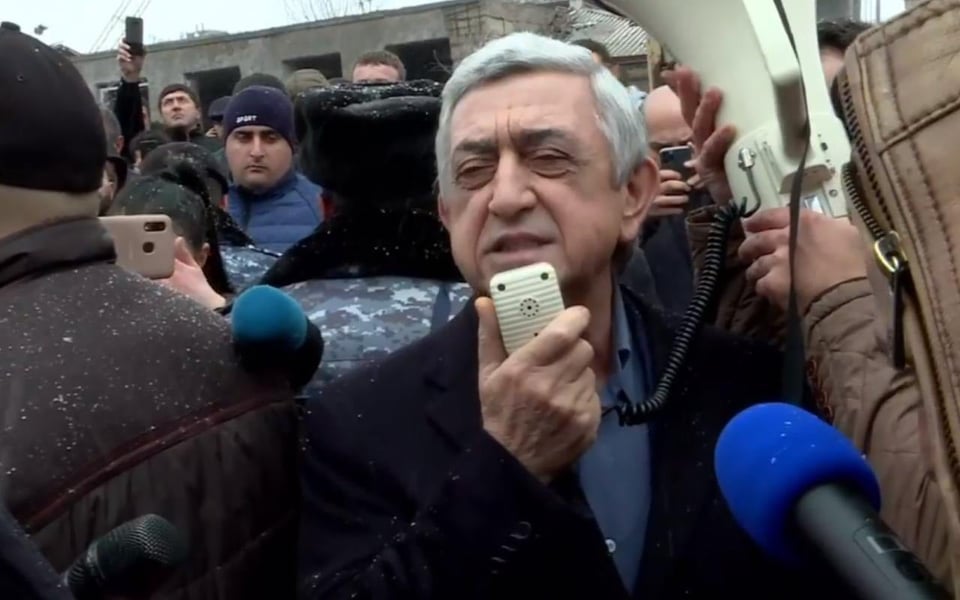 During the hearing, lawyers petitioned for the dismissal of the prosecutor Arsen Martirosyan, since, in their opinion, the preliminary investigation violated a number of laws.

According to lawyer Amram Makinyan, the investigation and the state put up various obstacles for the defense, and the State Revenue Committee refused to provide the necessary information.

The statement of the lawyers also states that the prosecutor himself committed violations during the interrogation of Serzh Sargsyan on December 4, 2019.

In their commentary on the court session, the Republican Party issued a statement stating that “the case is entirely biased and choreographed… and a politically-motivated process is being hidden under the guise of a criminal case.”