The seven main events in Azerbaijan in 2018

The presidential elections were to be held in October, but in February, President Ilham Aliyev exercised his constitutional right and called for early elections to be held in April. This decision was a complete surprise not only for the opposition, but also for the absolute majority of the ruling party.

• Op-ed: Who’s who in the Azerbaijani presidential elections

• How much will the upcoming elections cost Georgia?

Analysts cited various reasons for this decision: the desire to “synchronize” Azerbaijani elections with the elections in Russia and in Armenia; upcoming compromises in the Karabakh talks (if they were made, no one will know about them because power changed in Armenia at this time); expected price increases and other unpopular decisions (as a result, only public transport prices and other reasons were raised).

The elections ended, as expected, with a convincing victory for the incumbent president, who will rule for another seven years. The opposition boycotted, and international observers from the OSCE criticised the whole process.

The former head of the second largest city of Azerbaijan, Elmar Veliyev, and his bodyguard were victims of a terrorist attack on 3 July. Both survived, and the gunman, Yunis Safarov, was arrested immediately: he is accused of religious extremism (there has still been no trial).

But the real shock came a week later, on 10 July. The head of Ganja was rather unpopular in the city, and an alternative version immediately arose that the murder occurred on domestic soil.

A week later, a group of Ganja residents entered the central square of the city with the intention of demanding the release of Safarov. The police began to disperse the spontaneous rally, but in the confusion, two police officers were killed.

The main version of events was religious extremism and the struggle between different currents of Islam. President Ilham Aliyev said that these actions had nothing to do with religion and that the events had been set in motion from the outside of the country in order to destabilise the situation in Azerbaijan.

After 10 July, law enforcement agencies conducted several anti-terrorist operations, during which several people were killed and over ten were arrested. The investigation continues.

What really happened in Ganja can only be guessed at.

On 4 July, most of Azerbaijan was plunged into darkness after an accident occurred at the country’s largest power station. Backup sources could not bear the increased loads and was also disconnected from the grid.

• Blackout in Azerbaijan: how it happened, who is to blame and how will they account for it

The energy crisis lasted for almost three days with brief periods of power. Subway cars got stuck in tunnels several times. The population got acquainted with the foreign word “blackout”.

There were different versions of the causes of the disaster. At an emergency meeting of the government, the president accused officials of negligence. After some time the head of Azerenergy, an electricity supplier, was dismissed.

The event did not pass without conspiracy theories: the accident almost temporally coincided with the Ganja unrest, which gave rise to the idea of a foreign conspiracy: “to destabilize the situation in Azerbaijan”.

The work on the Mingachevir thermal power plant has not yet finished. The Minister of Energy of Azerbaijan, Parviz Shahbazov, told Real TV on 13 December that “the diagnostic work continues”.

The chairman of the Republican Alternative (REAL) opposition party, Ilgar Mamedov, was labeled as “the main political prisoner of Azerbaijan”.

He was released on 13 August after serving five years out of seven on charges of ‘organising mass riots’.

The European Court of Human Rights and many international human rights organizations had earlier demanded his release.

As part of his release, he is still on parole and needs to check-in once a month with the police.

It is unlikely that the release of Ilgar Mamedov will greatly change the political situation in Azerbaijan. However, REAL, which in the meantime has turned from a movement into a party despite not being registered, can seriously intervene in the election campaign in the upcoming parliamentary elections in 2020.

In early August, public transport fares increased by 150 per cent. This was only announced at midnight, and in the morning passengers were in for a surprise.

The authorities explained this decision by the desire to upgrade the vehicle fleet and improve passenger service. New buses, indeed, appeared in a few months, but one would be hard pressed to speak about a serious improvement in service.

The people reacted predictably: in the first week there were calls for protest demonstrations and a boycott of public transport. Visually, the flow of passengers has not decreased, and financial reports on revenue growth have not yet been published.

On 12 August, five Caspian littoral states in the Kazakh city of Aktau signed a convention, which experts called the Constitution of the Caspian Sea. Disputes spanning back over 20 years about the principles of dividing the bottom of the largest lake in the world, which is rich in energy resources, were put to an end.

According to the convention, the Caspian Sea is declared neither sea nor lake, but a special body of water, the surface of which remains in common use, and the bottom and subsoil are divided into five sections by agreement between the countries. Also, the countries jointly discussed the rules of shipping, fishing, scientific research and the laying of pipelines.

Thus, the last obstacle to the implementation of the large-scale project of the Trans Adriatic pipeline (TAP) has been removed, which allows for the export of Azerbaijani – and possible, later, Turkmen – gas to European Union countries bypassing Russia starting in 2020.

According to the convention, military ships of non-Caspian countries are not allowed in the waters of the Caspian Sea. Experts believe that Russia, which has the most powerful fleet in the Caspian, has benefited from this point. 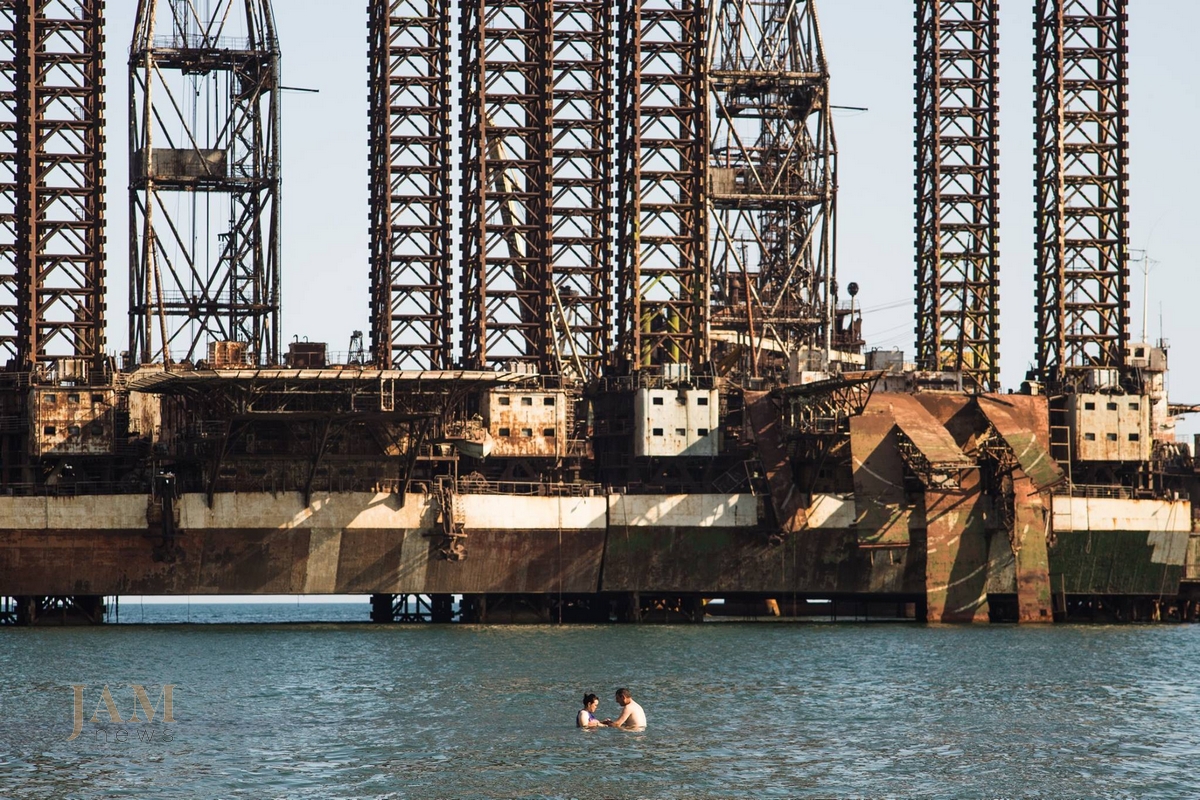 The case of Zamira Hajiyeva

The arrest of Zamira Hajiyev, the wife of the former Director of the International Bank of Azerbaijan, Jahangir Hajiyev, made the front pages of almost all the major media outlets in the world.

The 55-year-old Azerbaijani citizen became the first foreigner against whom the British authorities instituted the Unexplained Wealth Order.

Hajiyeva attracted the attention of the British National Agency for her luxurious lifestyle. At Harrods shopping centre alone, she spent about £16 million, and also bought more than £20 million in real estate.

The arrest was preceded by a hearing in the High Court of London, where Hajiyeva was unable to explain the origin of her capital. Now Zamira Hajiyeva has been released on bail pending trial and the Azerbaijani government is seeking her extradition to Baku. 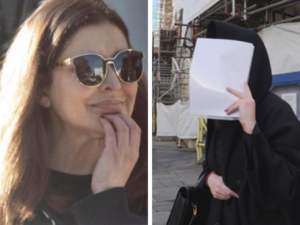