Opposition in Abkhazia unites ahead of presidential runoff on September 8

Opposition in Abkhazia united right before the second round of the presidential election, which is scheduled for September 8. The team of former president and very influential politician Alexander Ankvab announced on September 5 that he would support opposition candidate Alkhas Kvitsinia.

If Kvitsinia wins, Ankvab will become Prime Minister – this was the condition on which the two opposition groups united.

Thus, the chances of the opposition to win the election have increased significantly.

• Has Russia chosen a favourite in the Abkhaz presidential elections?

The two candidates who are competing in the election runoff – Kvitsinia and incumbent president Raul Khajimba – finished nip and tuck in the August 5 first round, attracting 18,929 and 20,544 votes, respectively.

So, the fate of the second round largely depends on who the candidate Oleg Arshba, who came in third in the presidential race with 18,668 votes, will choose to give his votes to.

Arshba, as well as another candidate, Oleg Bartsits are proteges of former president Alexander Ankvab. The latter is 66 years old, and, due to his age, he was not eligible to participate in the election. The agreement – which his proteges spoke openly about –  was that if one of them won, Ankvab would be appointed the prime minister.

Deciding whom to choose – Kvitsinia or Khajimba – was a no-brainer: the one who offered the post of prime minister to Ankvab was getting their support. Discussing the matter with the incumbent president was out of question, and so it was with the opposition candidate, Kvitsinia, that the negotiations (or bargaining, as some experts have called the process) have been held all this time.

• Abkhazia: how to start a successful business from scratch

Ex president Alexander Ankvab met with his supporters on the afternoon of September 4. The event was officially called the “Congress of voters of Oleg Arshba and Oleg Bartsits.”

Journalists were banned from filming there. Even the supporters who were attending were told they could not capture the meeting on the phone.

The discussion revolved around two options available to the supporters of these candidates in the second round of the presidential election – vote for Alkhas Kvitsinia or vote “against all”.

Many speakers seconded the second option – “against all”. They said this was the position of the constituencies in which Oleg Arshba had won.

“I don’t think it is right to vote against everyone,” Ankvab said.

Leonid Lakerbaia, head of Oleg Arshba’s campaigning headquarters who used to be the prime minister in the Ankvab government, told reporters that their team had been expecting proposals from the opposition Amtsakhara right after the first round, however it was only on September 2 that the meeting had finally taken place.

And the result is the two opposition groups have now joined their forces ahead of the the second round.

According to the Abkhaz laws, in order to win the second round of elections, a candidate needs to get more votes than their opponent – and also more than the number of ballots cast “against all”.

The turnout threshold is 25 percent.

If the majority of voters vote “against all”, the elections will be declared void.

Elections will be declared void even if the two candidates get exactly the same number of votes – regardless of how many people vote “against all”.

Briefly about the main characters of these elections 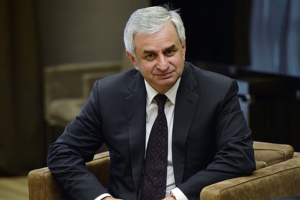 Raul Khajimba, 61, became president of Abkhazia in 2014 (after a fourth time participating in a presidential election). At different times, he has headed the state security service and served as vice president. For a long time he was considered in Abkhazia as an “eternal oppositionist”. He enjoys great support from Moscow. 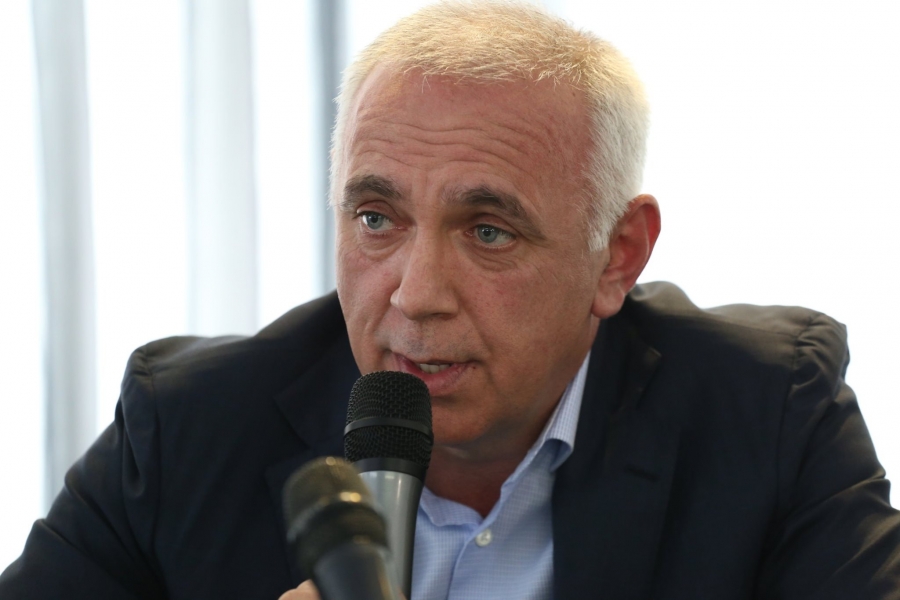 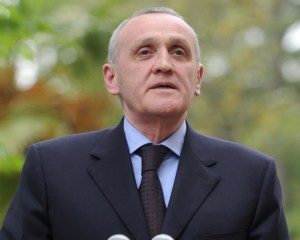 Alexander Ankvab, 66 years old. In August 2011, he became the president of Abkhazia in the snap elections held after the unexpected demise of his predecessor, Sergey Bagapsh. On June 1, 2014, in the wake of a bitter political crisis, he resigned. In March 2017, he became a member of the parliament.