The argument was started by Carnegie Foundation analyst Thomas de Waal on 5 November: 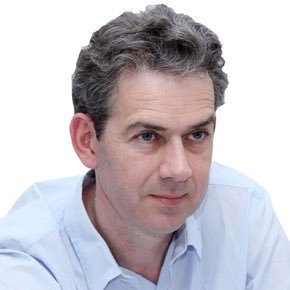 “The current hotly contested presidential election, set to go to a second round this month, shows that the Georgian public still has the freedom to exercise a democratic vote. It also shows, judging by the negative campaigning that dominated the campaign, that the country’s democracy is still laced with extreme aggression,” the expert believes. 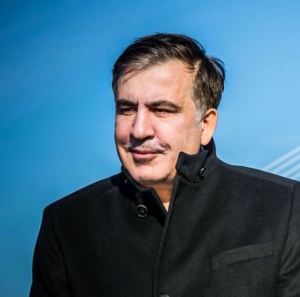 “In democracies around the world, two key issues determine voters’ choices: the economy and public safety.”

Summary: what the two disagreed about?

On 28 October, for the first time in its history, Georgia failed to elect a president in the first round, which makes the upcoming second round, due to take place on 28 November, a dramatic event.

The ruling party’s favoured candidate Salome Zourabichvili and the opposition’s Grigol Vashadze won almost the same number of votes in the first round. While the amended Georgian constitution seriously restricts presidential powers, the post still retains its political weight. Many also consider the presidential elections to be a rehearsal of sorts for the parliamentary elections which are due to take place in two years and which will make the real impact.

Who won the first round?

The opponents disagreed on the results of the first round.

• Presidential elections in Georgia: Why is the ruling party talking about civil war?

• Six things about Saakashvili you wanted to ask Georgians

De Waal cited official sources claiming Vashadze and Zourabichvili won 38.6 and 37.7 per cent respectively. He says that the government’s candidate will have a tougher time in the second round, as those who voted in the first round will likely not come out in the second.

Saakashvili says it was 61.36 against the ruling party candidate, meaning those who did not vote for Zourabichvili actually voted against Georgian Dream.

Tomas De Waal believes that Zourabichvili was unable to win in the first round because the public is dissatisfied with the Georgian Dream’s policies in almost all spheres of life and politics. The difficult economic situation, which helped Vashadze, is an additional factor:

“No economic miracle has occurred under the Georgian Dream party,” he wrote.

• Khojaly: how it all happened. Karabakh war, Thomas de Waal and Black Garden

Mikheil Saakashvili, on the other hand, considers what he calls economic and social failure a major reason for Vashadze’s success. He provides the following figures:

• 62 per cent of Georgian citizens name ‘unemployment’ as their main concern;

• GDP under Georgian Dream has decreased;

• The Georgian lari has fallen from 1.60 to 2.80 against the dollar over the past five years;

• At least half of all personal loans in Georgia are dollar-denominated.

“Zourabichvili was an odd choice for the ruling party to back: A former French citizen, irascible, rather aloof, and speaking less than perfect Georgian.

“Vashadze, by contrast, was a smart choice for Saakashvili’s party, the United National Movement. He exudes a much calmer tone. It does not hurt either that his wife and potential next first lady is the much-beloved and famous ballerina Nina Ananiashvili.”

All that does not really matter, Mikheil Saakashvili replied.

He believes that people are voting against Georgian Dream after having seen the mansions the party officials own. He also mentioned the arrogance of Kakha Kaladze, Tbilisi’s mayor, who recently called the striking employees of the Tbilisi underground “blackmailers”.

What is more important – a president’s citizenship or public safety?

Tom de Waal pointed out that an aggressive and negative style of the election campaign in Georgia. Including, he writes, accusations of “pro-Russian orientation” of both candidates, rained down from both sides.

“All this is secondary,” responded Saakashvili.

He said that two key issues determine voters’ choices: the economy and public safety. Today he said that only 50 per cent of Georgians have favourable views of the police, a 38 per cent drop since May 2013.

“One can point to any number of statistics to explain why Georgian voters are tired of the status quo and ready for a peaceful transition of power. But one figure says it all: In April, 67 per cent of Georgians agreed with the statement that ‘things in Georgia are going in the wrong direction’. Even at the height of my party’s unpopularity in 2012, just 31 per cent said the same.”