Op-Ed: Why robbing tourists on Abkhaz beach turned out so easy 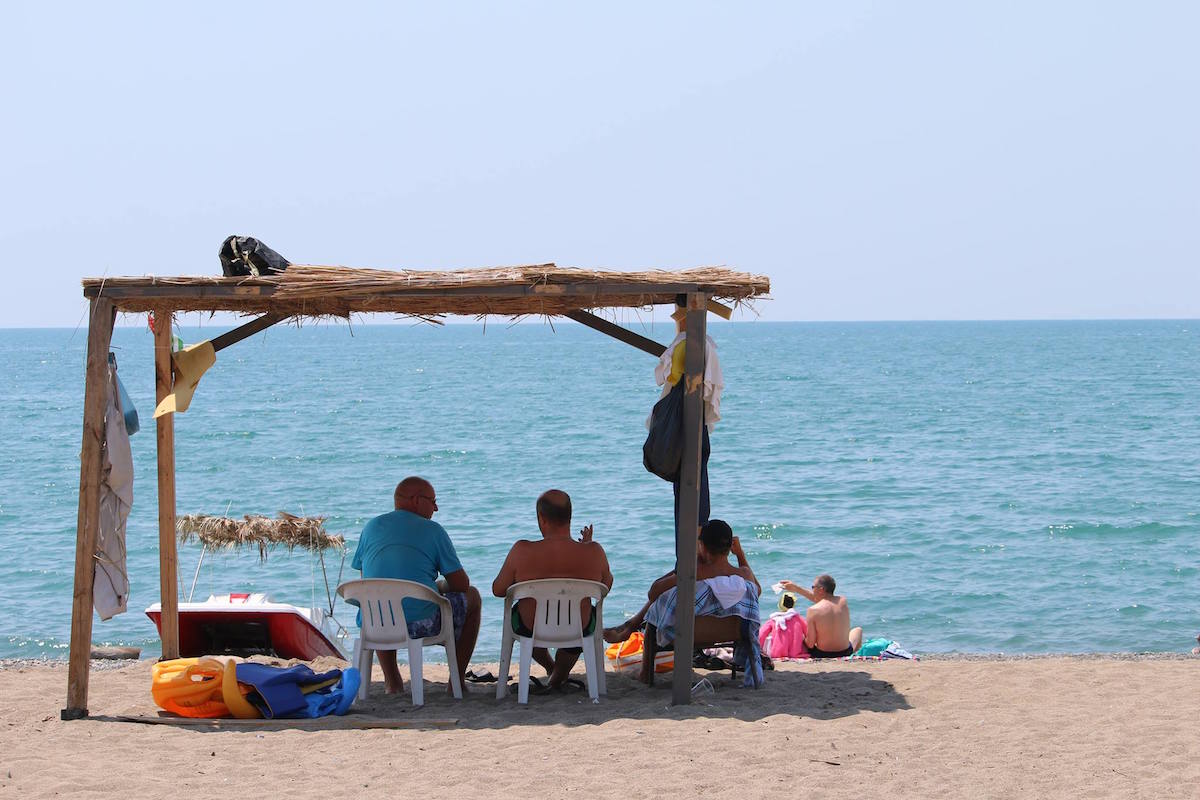 The Abkhaz MoI (Interior Ministry) reported on the arrest of another suspect involved in the mugging of a group of Russian tourists, which resulted in the death of one of the tourists in Gudauta hospital due to serious wounds.

I don’t think there will be any major problems with the evidence-wise (though, given our law-enforcement system, anything is possible). Nevertheless, it is believed that the case will be pushed through to its logical end – to a verdict.

For it’s not just a high-profile case (even in most corrupt systems, and the Abkhaz one is almost exactly that – people are smart enough not to rake in money), but also a product of tremendous human stupidity.

Image two young brothers no older than 30, living in a village, just a stone’s throw away from the sea. They are uneducated – in other words, they have no chance of getting a job either in the public sector or the militia, where they could subsist on petit bribes.

Starting up an individual business requires brains and money, and also, round-the-clock hard work, just like ‘father Geppetto’. So, that’s not an option either.

As for farming, particularly the cultivation of melons, watermelons, cucumbers or tomatoes – let oxen do this job!

So, there are good grounds to say that those guys like freebies. It happened so that our ideology, in general, has been closely following that track since the post-war years.

Simply, some people, by virtue of their position, get state property for nothing. Or get, again ‘for free’, a title for hectares of costly land which, under Abkhaz legislation, is not for sale. Nevertheless, it is actively resold, or exchanged for a good share in subsequent businesses.

Others, through fair means or foul, reach the President, begging for preferential, and sometimes even free loans in exchange for their ‘merits before the Motherland and the Party’,  and afterwards they would buy a Land Cruiser. Having raced through our ‘highways’ for a while, they finally crash it, so as to turn to the President (if not the incumbent then the next one), requesting the same things.

The third category of people with more limited ‘good life’ opportunities do whatever they can to fit the lifestyle: the most important thing is either to have the logo, whistle or access to cash.

However, our ‘heroes’ failed to find the right path to prosperity. Did they have any other choice but to take to the highroad of the ‘Feast of life’ and strip somebody off something?

So, having armed themselves with a machine gun and a knife, they go to the local beach to pull off a heist. And here comes the question – why the beach, and not the road?

They could have easily robbed a vendor booth or a roadside café, could have gained at least RUB 20 000 without causing a fuss and attracting the mass media’s attention.

But no, they purposefully went to the beach, which is a few kilometers away from home. Because there are Russian tourists swimming and sunbathing on that beach.

For example, if a person robs a vendor booth, even if the police fail to find him, the booth owner will put all his relatives and friends on high alert, will topple the world and find the perpetrator. And for those who intended to make hay with that RUB 20 000, it’s a far bigger ‘headache’ than a prison sentence, because they will be put on the deadly enemy list, and could even be killed for that.

Whereas Russian tourists can be robbed without any problem. Even the militiamen wouldn’t bother searching for them much. There are so many of these vacationers traveling to and fro. Who is going to remember them afterwards? I try hard to determine our gangsters’ line of ‘logical’ thinking.

So, the guys carelessly went out to the beach. They abducted women and children and sent one man, the head of one of the captive families, to an ATM for money. Afterwards, they gravely wounded the head of another family for disobedience.

There are too many such moral renegades, whose perception of the world order is confined to the borders of Abkhazia, on this small piece of Abkhaz land. For them, Abkhazia is not just a planet, but rather an entire universe, where everyone earns money in whatever way he can. All those tourists are almost aliens for them. They will sunbathe for a while and then go back home. And while they are here – they should be ‘fleeced’.

And they do it, some of them directly, others – figuratively, but everyone does it at his own level. There are just a few bloody stories, but their variety is really impressive.

One episode involving a local MP, who got rid of his Russian business partner and throwing him and his pregnant girlfriend in a well, is more than enough.

However, apart from those high-profile cases, there are plenty of seemingly inoffensive stories, that aren’t criminal in essence and don’t even violate the Administrative Code. But they ‘feed’ the system, from which those very ‘bloody monsters’ are born.

My friends and colleagues often visit me. And, as a rule, before they leave, they would ask me to accompany them to the market to buy some oriental stuff, like adjika, dried persimmon, tangerines, feijoa, etc.

I should admit, I never feel as ashamed as during those visits to the market. Having noticed me accompanying a foreigner, every second vendor will surely ask who’s going to pay. ‘If it’s not you, but him, I’ll strip him off his money!’ they would proudly declare.

In other words, a tourist is regarded as an unconditional victim, who should be relieved of everything they have, at any expense. Either through overcharging, or daringly seized. That’s because no one will be made liable for that, either at the state level, or at the level of one’s own conscience.

So, that’s how we live with the flawed perception that we are the hub and the upper crust of the universe.