Why do Azerbaijanis in Georgia have such a hard time getting an education and good work?

There are almost 300,000 Azerbaijanis in Georgia – about 7.5 per cent of the country’s population.

The bulk of Azerbaijanis in the country are located in the Kvemo Kartli region, and live in relative isolation from Georgian society.

For many years, the government and non-governmental organizations in Georgia have come up with many projects for this region to turn the tide. They’ve spent a lot of money, but the result negligible.

“These people still do not participate in the sociopolitical processes in the country and do not feel that they are a full-fledged part of it,” said Georgian Public Defender Nino Lomjaria in June 2019.

A recent study by the Institute of Social Research and Analysis (with the support of the Georgian branch of the Soros Foundation) has come to similar conclusions.

Why hasn’t the problem been solved on a fundamental level, despite legislation that complies with European requirements and the enormous finances spent?

We decided to seek answers to this question in the Azerbaijani community in the Kvemo Kartli region. Based on dozens of interviews and conversations, we came to the conclusion that the root of the problem is where the basis for the development and integration into the larger community should have been laid: in schools. 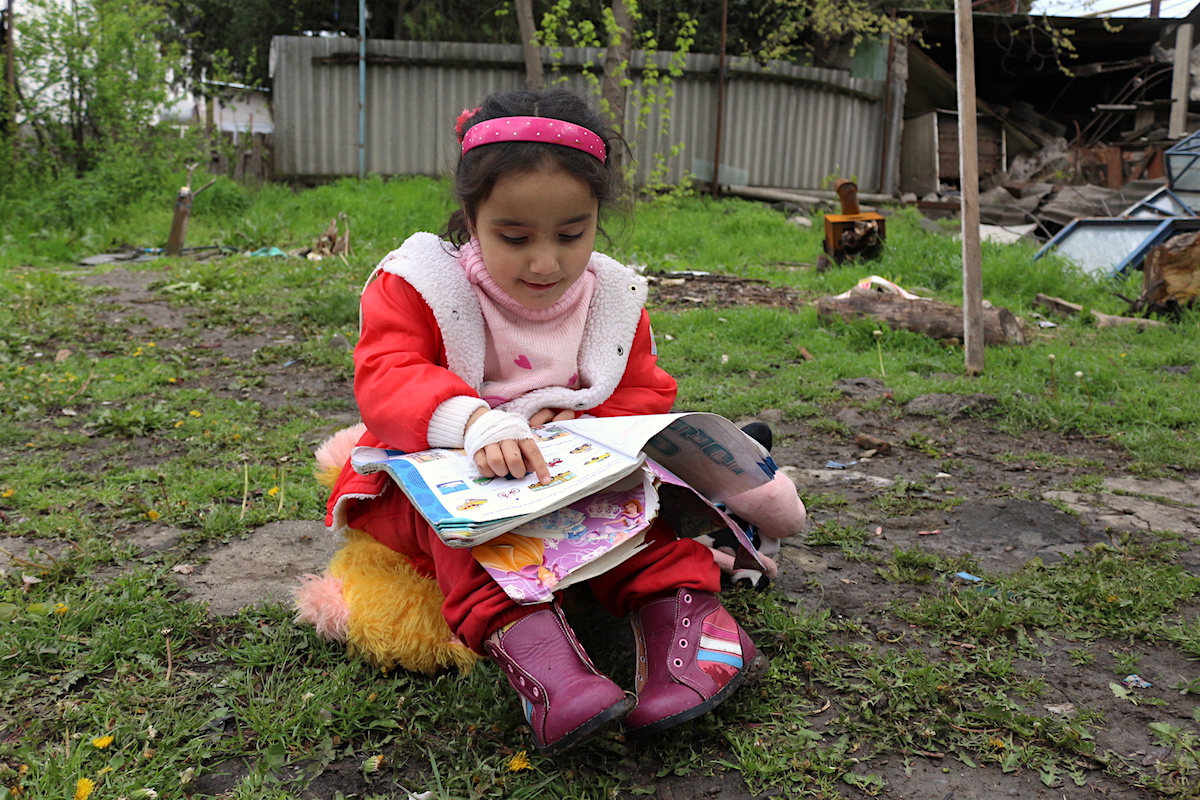 •Low level of teaching of the Georgian language.

•Studying in a Georgian school is too often not a solution, but the creation of additional problems.

More on each of these problems below.

Low level of teaching of the Georgian language

There are 78 schools in Kvemo Kartli – 58 of them are non-Georgian. Children study here mainly in Azerbaijani or (less often) in Russian.

Georgian is taught in non-Georgian schools from the first grade. But the majority of pupils finish school without having learned to speak Georgian, even elementary phrases.

•My German house in Georgia

There are three reasons.

The first is that only five lessons per week are allocated to Georgian. This alone should be enough to understand why children do not know Georgian well after leaving school.

But there is also a second reason: textbooks are generally poorly prepared, but even such books are sorely lacking. Teachers say that children pass textbooks to each other for several years in a row, and new students use books that are not easy to read.

But local people say that even these two problems are not the most significant. The biggest challenge is educators who do not meet specific local needs.

“Our Georgian teacher comes to classes from Tbilisi. She does not understand the Azerbaijani language at all and, accordingly, cannot communicate with children. The lesson is not in language learning, but in the attempts of the teacher and students to understand anything they want to say to each other,” the director of one of the Azerbaijani schools told JAMnews.

He did not want to give his name, he said, out of respect for the Georgian language teacher. 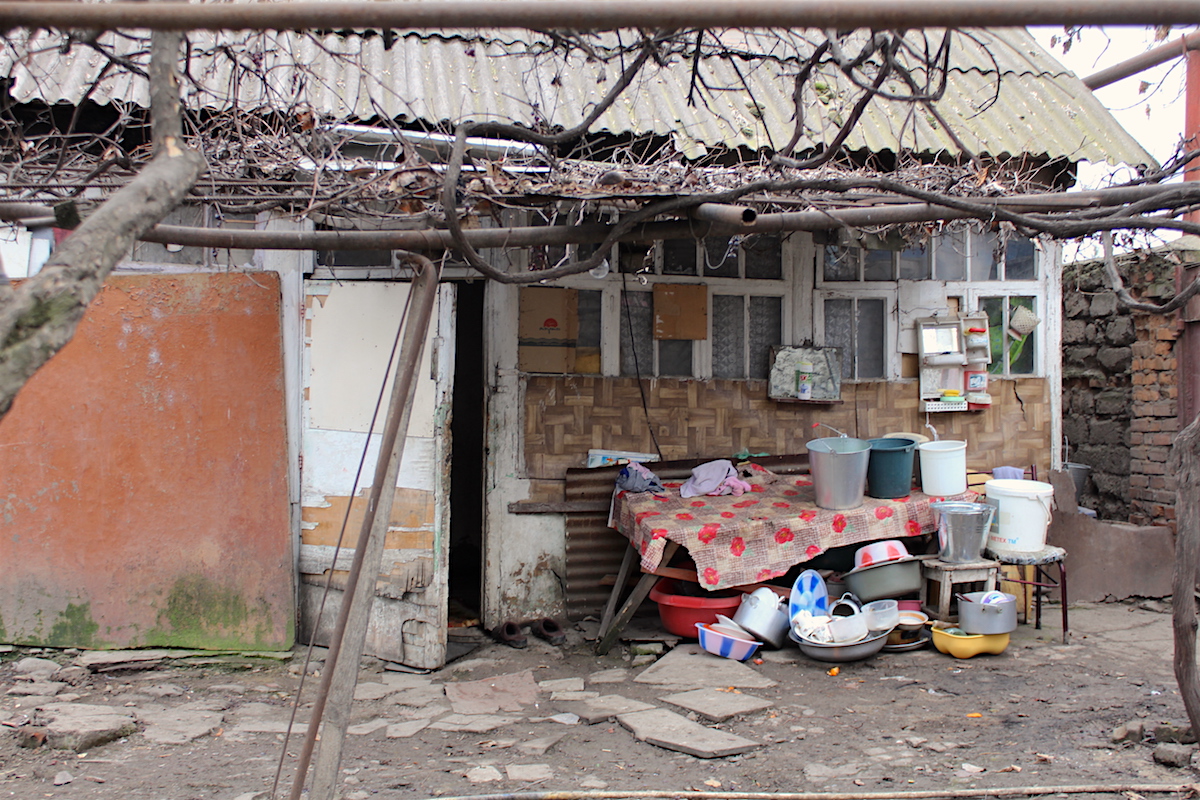 What solutions are there to the problem?

Few if any local solutions have been put forward. Locals largely put the responsibility and burden on the ability of the state to solve the issue.

“Private tutor? This is completely inaccessible to our family money wise. It’s not just about getting a tutor – it’s about getting a taxi to Marneuli from our village for lessons. After all, the teacher will not come here”, JAMnews was told again and again in villages in the region

One could argue that there are free language courses that are funded from the state budget. But after talking with local residents, it became clear that they, too, did not solve the problem.

The demand for these courses is very large. But in order to be accepted to study, you must pass a number of tests. And many either can not pass them, or do not try.

“I don’t want to disgrace myself before the examiners,” a 32-year-old farmer from Marneuli told JAMnews.

This applies to a majority of people. But of course, there are also results from these courses and various projects, especially among young people.

Many high school students in the regional center of Marneuli told JAMnews that non-formal education programs, which are paid for by either international organizations or the state budget, helped them enormously.

She has just graduated from high school and is taking university exams. She wants to be a physiotherapist.

“After these trips where I was invited, I had a lot of Georgian friends on social media. And when I enter the university, I’ll probably get acquainted with how Georgians live and I will have Georgian friends, and not just Azerbaijanis, as now.

Now that I’ve covered this path, I can say that five school lessons of the Georgian language a week were definitely a waste of time,” says Aytan.

Children from Azerbaijani and Armenian schools make up the minority of schoolchildren in Georgia – but among those who fail in school leaving exams, these children account for about 20–25 percent each year.

“Because they are taught by teachers who are long overdue to retire”, the absolute majority replied.

Teachers in schools, even according to statistics, are mostly elderly, and rely largely on Soviet educational methods.

But many, as students and their parents complain, have long ceased to follow innovations in their disciplines and do not have much of an understanding of modern methods of conducting a lesson.

How to solve the qualification problem?

A professional retraining programme which has been conducted by IREX since 2016 with the support of the Georgian government has been one response to the problem.

The beneficiaries of the programme are school principals and teachers from grades 7 to 12 who teach chemistry, biology, mathematics, physics, geography, and English.

One of those who completed this course is the young director of a school in the village of Jandara of Marneuli district Vusal Bayramov.

“The program was not available to everyone, and after each training I tried to repeat it for teachers at my school. This knowledge helped me a lot”, said Vusal.

And what about the most seemingly obvious way out of the situation – when Azerbaijani children go to study in Georgian schools?

Studying at a Georgian school is not a solution to the problem, but the creation of additional problems

More and more often Azerbaijani parents are giving their children to study in Georgian schools in the hope that this will solve problems for the child in the future – to get a higher education and find a good job.

“My son studies in a Georgian school, my wife and I decided that this was the only way we could give him a fighting chance in his country,” said a resident of Marneuli, who did not want to give his name. “He already knows the Azerbaijani language – he doesn’t need more of it.”

However, the situation is not as clear as it may seem.

18-year-old Aysel Nasibova from the village of Kizialjilo in the Marneuli district says that when the family discussed where she should study, her father insisted on a Georgian school.

But after the 9th grade, Aysel had to leave school – she had failed graduation examinations.

“From the first grade, studies were hard. At home they could not help me with homework – I had to deal with a tutor. By grade 5, I knew Georgian at an elementary level. Often in the chemistry, physics classroom I could not understand the explanations of the teacher. I asked classmates to help, but they could do little, because they also spoke to me only in Georgian”, Aysel says.

Shalva Tabatadze, head of the Center for Civic Integration and Interethnic Relations, considers it wrong to send Azerbaijani children to Georgian schools:

“Georgian schools and their programs are not adapted for the Azerbaijani-speaking population. As a result, we get a student with poor knowledge of both the Georgian language and other disciplines. But the trend is already deeply rooted in the Azerbaijani population, and, unfortunately, the state supports it.”

For many years, due to the lack of knowledge of the Georgian language, Azerbaijani and Armenian youth were deprived of the opportunity to receive higher education in Georgia.

The situation began to change after the state launched the 1 + 4 educational program in 2009.

The idea is that applicants for whom Georgian is not a native language can pass an examination in a higher educational institution in their native language, and then intensively study Georgian for a year. After that, they are automatically transferred to the initially chosen faculty, where classes are conducted already in Georgian.

In the 2017-2018 school year, this preparatory program benefited 792 students. This is two to three times more than in the previous two years.

But in itself, this figure is very small in comparison with the number of graduates of Azerbaijani and Armenian schools. Very few of them are students.

There is another sad statistic.

At least 80 percent of Azerbaijani and Armenian applicants stop studying right after the preparatory courses or drop out in the middle of a bachelor’s degree. As many of our interlocutors said, it becomes very difficult to study, because there is a lack of general education and knowledge of the Georgian language, which the school should have given. 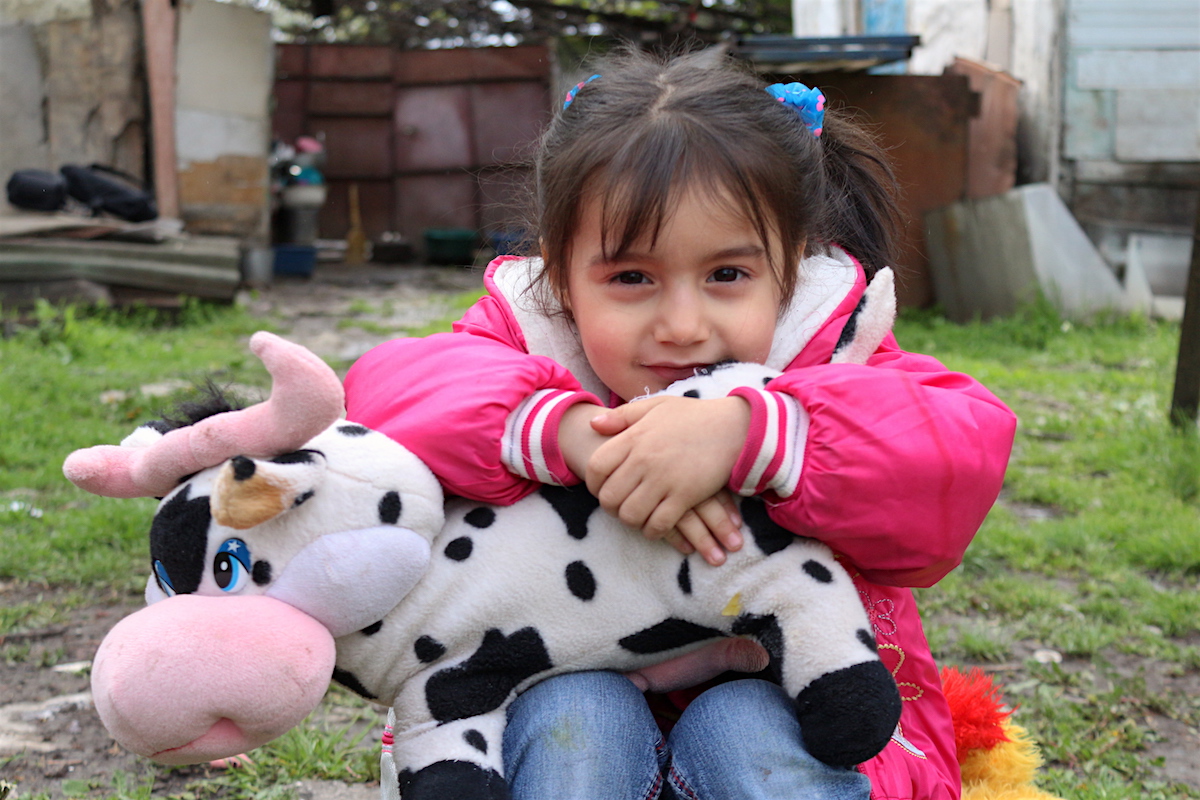