An incident from the recent past

When I was a schoolboy, a teacher told me there were no borders in the Soviet Union. Indeed, borders were quite a relative concept in the Soviet Union. Of course, there were administrative borders between Armenia and Georgia and Armenia and Azerbaijan, but there was no need to produce a passport when crossing them. There weren’t any border checkpoints either. Only the signs with Georgian or Azeri letters suggested that one was outside Soviet Armenia.

I recall Azerbaijanis from my early childhood. Azerbaijanis, who were my grandfather’s acquaintances, often visited our home. My father also had some Azerbaijani acquaintances. Azeris from the neighboring Kemerli, who were mostly women, passed through our village on to the Novembaryan market to sell the fruit and vegetables that their donkeys were hauling. On their way back, they tied them to the village park’s metal fence and went to a store to shop. They mostly bought huge white lump sugar-cubes.

It was late autumn of 1984. People from the Kremlin arrived to define the border between Azerbaijani and our village. Our village, Doveg, is located at the junction of Armenia, Georgia and Azerbaijan, and it borders the Azerbaijani village Kemerli.  Doveg and Kemerli have a shared 13 kilometer border. 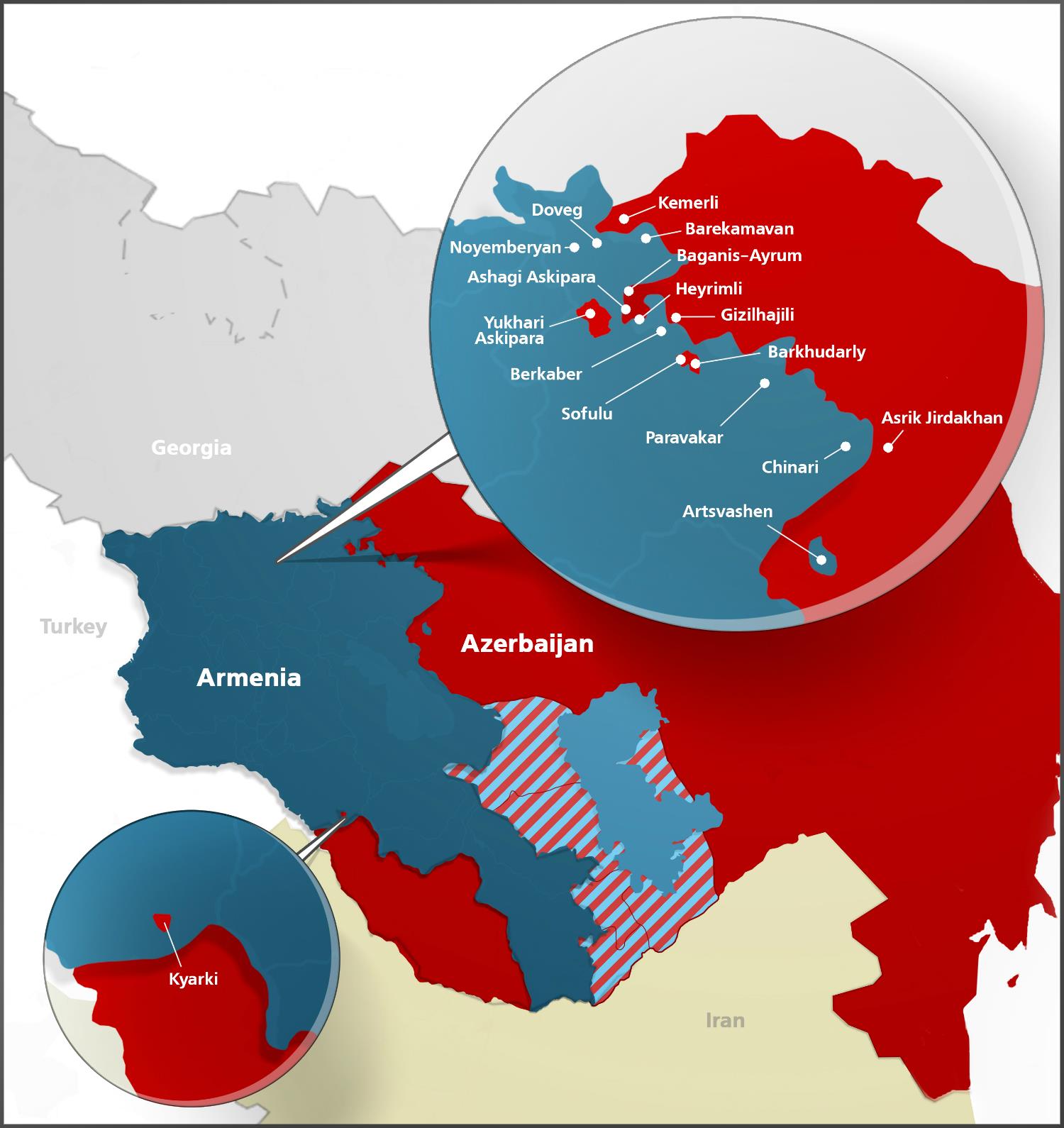 They came to solve the problem at the source. A dispute over the ownership of certain forests and springs triggered confrontations between the two villages. As a result, several people, including Movsisyan, were taken to hospital with injuries. The soviet press did not report anything about those clashes, but the information about the incident reached Moscow. Yegor Ligachev, one of the soviet leaders, invited Movsisyan to Moscow to learn about the details. Baghirov visited Armenia which was followed by the start of the Armenian-Azerbaijani confrontation.

The Armenian-Azerbaijani administrative border was adjusted after the border incident. The USSR internal borders were changed many times. The fact that in February of 1988, the Nagorno-Karabakh parliament voted for the integration of the region, with a 75% ethnic Armenian population into Armenia, confirmed expectations.

In the years following the Karabakh war

In August 1992, Azerbaijani armed forces took control of the Armenian Artsvashen village which was, until that point, an island in Azerbaijani district Kedabek. Today Azerbaijan still controls Noyemberyan (a considerable part of the arable lands of the Barekamavan village), Ijevan (over 800ha of the territory of Berkaber village) and Berda (1 400ha of the total land mass of Paravakar village) territories, that belong to Armenia from an administrative perspective. 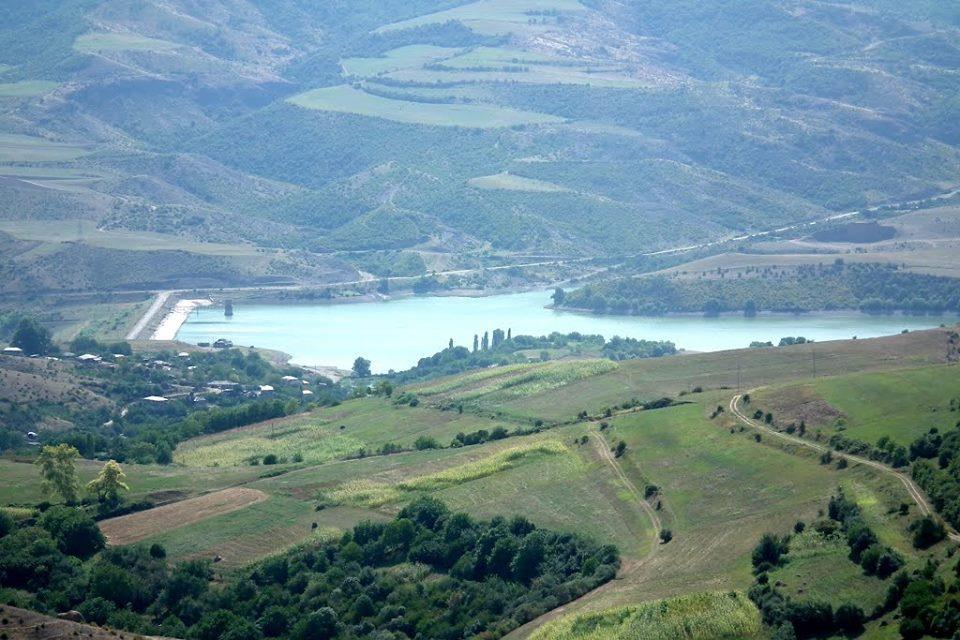 During the Karabakh war in 1992-1994, the Armenian-Azerbaijani border remained unchanged, but during the bloody conflict that lasted for two and a half years, both sides used heavy weaponry against each other and bombarded civil units and civilians in the settlements located along the contact line of the Armenian-Azerbaijani border. This has been the case since the 1994 truce until present day, taking the lives of hundreds of people.

Chinari: Life in a sniper’s gunsights

I once visited Chinari village, which borders the Asrik Jirdakhan village, part of the Azerbaijani Tovuz district. Chinari is probably the most dangerous village for civilians: there are military strongholds looming over them.  I got acquainted with the 5-year old Alvina in Chinari kindergarten.

The girl was born five months after her father Levon died. He was killed by a sniper’s bullet in the summer of 2008. As a result, the 21-year-old Levon did not see his daughter and Alvina never saw her father either. Levon’s widow told me: “My daughter does not know the meaning of the word ‘father’. When I call my father, Alvina says: “He is not father, call him ‘grandfather’, he is our grandfather. She does not know what father means.”

The kindergarten staff and parents, who have come to take their children, also consider Chinari to be the most dangerous village on the Armenian-Azerbaijani border. Almost all the houses in the village, all the streets, the school, and the kindergarten are within the enemy’s visual range.  Recently, 300 Canadian poplars have been planted along the road leading to the school, the kindergarten and to the cemetery, per initiative of the organization ‘Focus on Children’. After several years, these trees will grow and blcok the snipers’ visual field.

While we were talking, Alvina and other children trickled over to us. Alvina stood near us; she cast her long hair in the air with her hands and recited a poem. It was about the peace that could not finally be established in Chinari and other Armenian and Azerbaijani villages.

Twenty-two civilians were killed in Chinari during the wartime and after the truce.

People are deprived of the possibility to cultivate the land

It was possible to cultivate land plots on the Armenian-Azerbaijani border until 2014. Of course, there were shootouts before 2014, killing the hard-working, peaceful Armenians and Azeris, like Alvina’s father. Still, it was possible to gather crops and provide for one’s family. 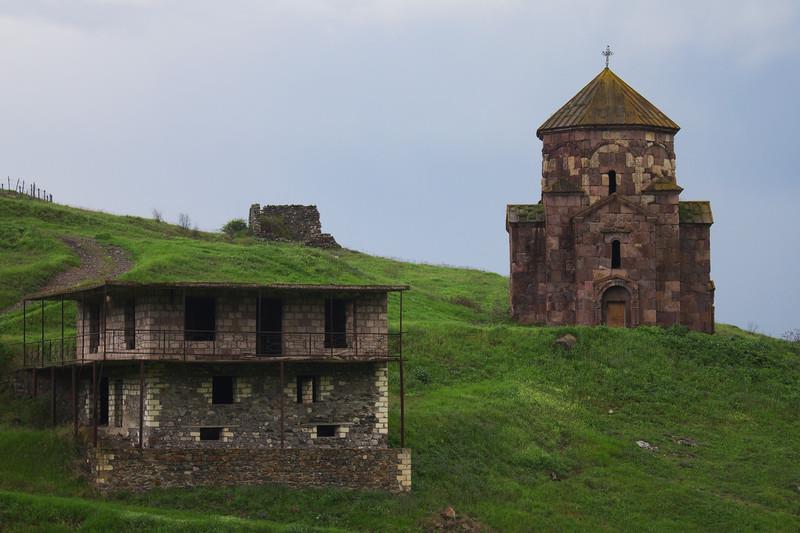 A 7th century Church in Voskepar, right on the Armenian-Azerbaijani border

The situation abruptly changed since 2014. Instead of snipers fighting the war, there are now insurgents. At present, the villagers no longer cultivate the pre-border plots because there is a big chance that one will be killed.

In 2014, the Armenian Government passed two laws that provide for the social welfare of the residents of approximately 30 settlements, directly bordering Azerbaijan.

Under one of the adopted laws, residents are entitled to social assistance, that is to say, they partially pay for electric power, gas and irrigation water, as well as are fully exempt from land and immovable property taxes. In accordance with another law, any kind of entrepreneurship, organization of production in the border area is absolutely tax-free. This implies that any Armenian entrepreneur has the possibility to bring an already existing businesses or organize new businesses in the region.

However, life in the villages located on the Armenian-Azerbaijani border has become harder since 2014.  The armaments that were in use during the 1991-1994 war are now being utilized against the civilian and peaceful population.

The situation was relatively calm on the Armenian-Azerbaijani border during the 4-day war in April. However, hundreds of Armenian and Azerbaijani civilians, ordinary villagers and farmers have been killed on this border since the truce in May 1994.

Armenian and Azerbaijani residents in border villages suffer most of all from the ‘neither peace nor war’ or ‘peace and war’ state.  They cannot cultivate the land; every second they become victims of a shooting; their life is neither peace nor war.

The prospect of a peaceful future for little Alvina and other Armenian and Azerbaijani children, some of whom are fatherless, is getting more far-fetched.

These children grow up under the shadow of war. 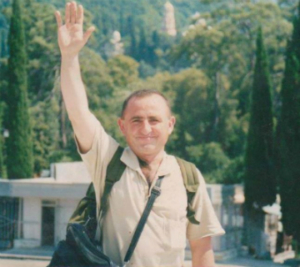 Tatul Hakobyan is a reporter, a coordinator for the ANI Armenian Research Center, an analyst at the Civilitas Foundation and an author of the books: ‘Karabakh Diary: Green and Black’ and ‘A view from Ararat: Armenians and Turks’.