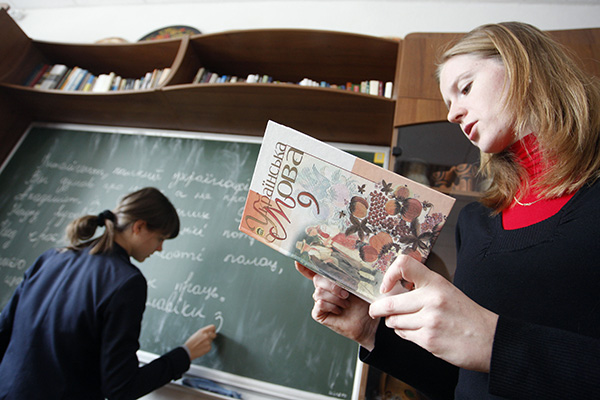 The Ukrainian parliament has passed a law which substantially limits the use of ethnic minority languages in schools.

It primarily applies to the Russian language which will only be allowed in elementary classes [until 5th grade] in Ukrainian schools up until 2020.

The new law makes exclusions for two ethnic minorities – the Crimean Tatars and the Karaites.

T he decision was met with different reactions in Ukraine and Russia.

Supporters of the new law in Ukraine claim it was necessary because of the undeclared war being waged by Russia, which has recently been officially declared as the aggressor.

The following quotation from Gazeta.ru is a typical reaction by the state-controlled media in Russia: “Discrimination of the Russian language will result in total illiteracy and divide the country even more.”

Discrimination of the Russian language, among others, was used by Russia as an invented pretext to annex Crimea and provide support to the separatists in Donbass.

Hungary and Romania expressed dissatisfaction with the new law, claiming it diminishes the rights of the Romanian and Hungarian minorities in Ukraine.