Those who spoke about Tamara Mearakishvili weren't the right ones

A scandal is forming around civic activist Tamara Mearakishvili in South Ossetia.

Civic activist Tamara Mearakishvili lives in South Ossetia but has been detained and interrogated on several occasions, with last incident taking place on 16 August. She was taken from right next to her home in the city of Lenigor (Ossetian version of the Georgian, Akhalgori).

Tamara was taken to the police station, despite not being presented with any warrant for her arrest. On the same day, a search was conducted of her home, and she was told that it was being searched for ‘extremist literature’.

Tamara was released the same day. However, the following day she was again called in for questioning.

What is Tamara Mearakishvili being accused of? 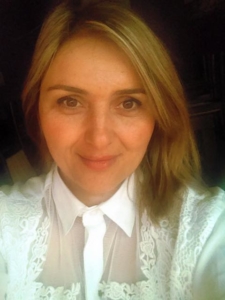 Officially, the prosecutor of Leningor district is accusing Mearakishvili of slandering a ‘United Ossetia’ party member, Spartak Dryayev, in her publications on ‘Ekho Kavkaza’ (Echo of the Caucasus).

Tamara has been presented with these charges. However, the exact nature of the slander is rather unclear, and the accusations do not specify the details of the charge. Echo of the Caucasus writes that the name Spartak Dryayev has not appeared in their broadcasts.

Moreover, accusations of slander can only be considered an administrative suit and not a criminal case according to the legislation of South Ossetia.

Comments of journalists and human rights defenders in Tskhinval

Irina Gagloyeva, the director of Ir media-center, said in her interview with Echo of the Caucasus:

“All of this is surprising, of course. It is perfectly obvious that those who detained her knew perfectly well that Mearakishvili is a resonant figure, and that specific organizations both here and there [Tbilisi] would react to this. So there is a feeling that this was provoked.

“Why does this have to be done so loudly and why is this not being commented on by the authorities who see just fine the resonance this has made on social media…? We don’t have any institutions that can simply defend a person. I believe that this is a continuation of  the legal disorder which we had earlier; nothing is changing. In a democratic state a person must be defended in terms of his or her rights.”

Lira Kozayeva, former chairwoman of the Association of Women of South Ossetia for Democracy and the Defense of Human Rights NGO, said in her interview with Echo of the Caucasus:

“They didn’t take one thing into consideration: we have already been humiliated for so many years, and scared and frightened, that there is nowhere lower for us to go, there is no one left to scare. We are talking not just about the defense of Tamara, but about what is happening to our civil society. I can easily imagine that tomorrow they will knock on the door and come to me, shove some paper into my nose… they have long been their own masters.”

“Having the charges presented is already a luxury [for us]. But no explanations. Moreover, there have already been statements made by officials in the neighboring state. Meanwhile our dummies remain quiet.”

Comments of rights defenders in Tbilisi

Medea Turashvili, advisor to the People’s Defender of Georgia for the rights of people who live in conflict zones, told JAMnews in an interview:

“Tamara is a very active person. After they occupied Akhalgori, she decided to stay and live there. She doesn’t have refugee status, and she constantly lived in Akhalgori and very loud speaks out about the situation there. She was the director of the local House of Youth, but she was removed [from that position]. Then they started making problems for her.

“This is all connected to the fact that she speaks to the media about problems in Akhalgori. From the point of view of Tskhinval, how does that look? They have a single Georgian woman in the provinces criticizing the authorities.

“Mearakishvili demanded a Georgian lawyer, and many Georgian judicial organizations are ready to defend her free of charge. But they don’t let them in. Tamara Mearakishvili was able, with the help of friends to find local lawyers, including in Vladikavkaz. She says that she is satisfied with the professionalism of this lawyer.”