Op-ed: why no new Abkhaz president will be able to change anything for the better

The campaigning season for the July 2019 Abkhaz presidential elections is just around the corner, and it is clear that no political force intends to demand the resignation of president Raul Khajimba or that the election be held earlier than planned.

The unspent energy of some candidates has been poured into philosophical reflections on Abkhazia’s future, now and then infused with concrete reform plans.

• What’s the difference between Abkhazia and Switzerland?

None of the candidates are clear-cut winners. Given that the majority of the electorate is made up of ‘protesting voters’, it’s worth noting that this time around, it will not work to simply present an image of a philosopher-king who is concerned by the fate of the people. People want specific plans and action.

The ‘I-know-how-to-turn-Abkhazia-into-Switzerland–elect-me-and-we’ll-get-there’ approach may have worked in the previous elections, but it won’t this time.

Of course, some of the candidates are absolutely sincere when they set forth their ‘specific reform plans’. They may truly believe that should we trust them to rule for the next four years they will, once elected, set about implementing drastic reforms which Abkhazia, now in a big crisis, really needs.

However, any reforming endeavor they are going to take on is doomed to fail even before it gets off the ground, as the system that gets them elected is only aimed at one result – access to public resources.

• Is there oil in Abkhazia? – Why it’s such a controversial issue

In the year up to any given election, there are so many people who covet the presidency you could make a separate directory of their names. But as it approaches, their ranks thin because only a few are able to make it to the end – the process takes a lot of money and human resources.

Three or four million dollars is the minimum amount needed to successfully participate in a presidential election in Abkhazia.

From what I remember, the only self-funded candidate in the history of the Abkhaz elections who participated in the presidential race (unsuccessfully, by the way) was the famous businessman Beslan Butba.

Others used funds raised on the side, the origins of which the election commission was too shy to ask about – let alone even consider the idea of doing an audit.

There is no such tradition in Abkhazia. There will be no changes in this regard. The secrets of where election funds come from are akin to deposits in Swiss banks – you just can’t get close to them.

In addition to money, you need:

People that will sit in the numerous party headquarters throughout the centre and in the rural areas.

People who will campaign, and who on the election day will lead voters to the ballot boxes, lifting them from their beds and taking them out of all the back streets, encouraging them to vote for their candidate – sometimes with a treat, other times with a threat.

Finally, you need a whole army of ‘extras’ who will loiter around different campaign headquarters and, if necessary, near the central election commission premises – ’troops’ to raise a storm by the presidential palace should such a need arise.

The last time a really competitive election was held in Abkhazia was in 2004, when people worked altruistically just for the sake of it. No one is naive any more these days. The romanticism is gone and replaced by astute pragmatism.

There are no random people who will simply stand at the election headquarters. Everyone will come hoping to get his ‘khachapur’ – the promised reward.

Up until the inauguration, there is a lot of bravado and ‘here’s-to-a-better-life’ toasting going around.

That’s the moment when the newly-elected president simply becomes a substitute.

Instead of a decisive fighter against corruption and an uncompromising reformer, by his first working day, the newly-elected president has already morphed into someone who is helpless to do anything for the state and society.

He would be glad to realize all his elective promises: but who will let him do it?

All those financiers, fighters and campaigners of your headquarters are already waiting for the expected dividends in your reception room, and some are already sitting at your desk.

And as soon as you tell them that they need to tighten their belts, for reforms require tremendous amounts of money, will and patience, your loyal supporters will immediately come after you.

Because the reality is such: they are ordinary lenders who have invested in a very profitable business: the presidential elections.

With such an electoral system, Abkhazia is doomed to be in a perpetual crisis with no way out. 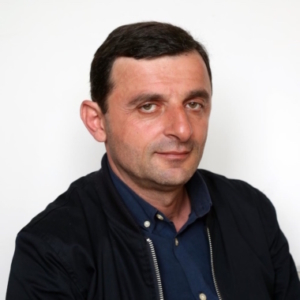 Toponyms and terminology used in the article, and views, opinions and strategies expressed in it do not necessarily reflect the views and opinions of JAMnews or any employees thereof. JAMnews reserves the right to remove comments it considers to be offensive, inflammatory, threatening, or otherwise unacceptable.