What is the difference between Abkhazia and Switzerland?

This day last month, the citizens of Switzerland, who we so much like to refer to as a development benchmark, rejected with a referendum the idea of introducing a guaranteed monthly minimum wage.

78% of those who cast their ballots, roughly speaking, refused to live under communism.

However, if they had responded positive, each adult citizen of Switzerland residing in the country, would have been paid 2,500 CHF per month, irrespective of whether they were employed or not.

The reason the Swiss said ‘nay’ was not because they couldn’t get money for the completion of this project. Things are quite all right there in this regard. The main-and probablythe only-reason why they voluntarily refused to accept ‘manna from heaven’ was their concern about the prospect of losing the sense of responsibility and initiative within the population, especially among young people.

That is, the desire to have some extra money for nothing was flatly suppressed solely for pragmatic reasons. If all the citizens of the country sit together twiddling their thumbs and, moreover, they are well-paid for it, the model country like Switzerland is will simply cease to exist. It will dissolve like sugar in tea.

I just imagined for a moment – God forbid that some of our people would come up with the idea to hold a referendum on this issue in Abkhazia. For example, an initiative to set a minimum wage for public-sector employees at the amount of 100,000 RUB. Or, let’s say, to abolish all types of taxes. Or, even better, to hand over a “Lexus” car to each citizen of the country. I am sure if the question had been put that way, there would have been no doubts about voter turnout and the results of the electorate’s vote.

I risk being considered unpatriotic, but when our statesmen, who without any hesitation and moreover, being themselves insulted by others’ doubts about the appropriateness of this path, were doing nothing but systematically making the country a place for freeloaders over the past decade, this could not be passed without consequences for Abkhazia.

As a result, having turned this freeloading into a natural aspect of the Abkhaz reality, without which we could hardly survive, we have brought a normal citizen’s status, including the status of those who defended the freedom of their people with arms, down to an ordinary electoral unit with the habits of a child, who is known for demanding miracles all the time: “I want it and that’s that.”

However, the source of this “magic” has been already exhausted. To live in such a way means to put an end to the prospects of Abkhaz statehood.

President Raul Khajimba understands this, otherwise he wouldn’t have proposed any reforms. Yes, these reforms have been delayed, but it’s not because the president suddenly changed his mind. Far from it. There is simply a lot of resistance.

When VAT on imports was introduced early this year, almost the whole country rose to its feet: Why in the world would we pay taxes?

One of my acquaintances, a businessman, wrote on his social network page: “I’ve been making job announcements since April. As a result, I have already recruited Ukrainians, Russians and citizens of Armenia, but there are no locals among them. The foreigners show interest in the key aspects of the job, whereas our people ask about the salary first, without even saying hello. When I’m telling them that their salary depends on their performance, the applicants immediately disappear without a trace.”

This businessman came to the disappointing conclusion that I share, namely: Without thinking much of it, we, ourselves, have created an environment where a person who has been jobless for years can be smoking cigarettes, making phone calls and asking to be called back, begging for gasoline, but he will be looking for an exclusively cushy job, with an individual office, a soft chair, air conditioning and a big salary. And he won’t care much where that salary comes from.

This Sunday Abkhazia will hold a referendum on the vote of no confidence for President Raul Khajimba. Some people believe his dismissal will bring them happiness.

But, rest assured, no referendum is going to save us unless we just roll up our sleeves and get to work like the Swiss citizens, who one day started doing that and continue to this day. 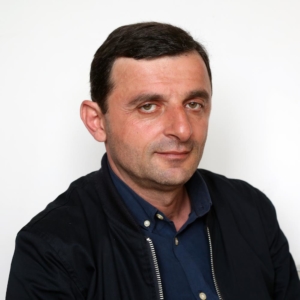 Inal Khashig is an Abkhazian journalist and editor