Anyone, whom you will talk in Tskhinval about a new sports complex, is sure to proudly say that “there is no such complex in the entire North Caucasus.’ That’s probably true. The three-storey ‘Olympus’ accommodates 9 gyms, two 25-meter pools – for children and adults, bleachers designed for two thousand people, a medical center, a hotel, dressing rooms, showers, saunas, recreation rooms. Fitness equipment for children with disabilities is set in common area.

The sports palace is called ‘Olympus’, but in South Ossetia it is referred to as ‘Kabaeva’s center, because the idea, the project, as well as the finances, came from a renowned Russian gymnast, 2004 Olympic champion, Alina Kabaeva, through the ‘Alina Kabaeva Charity Foundation’. 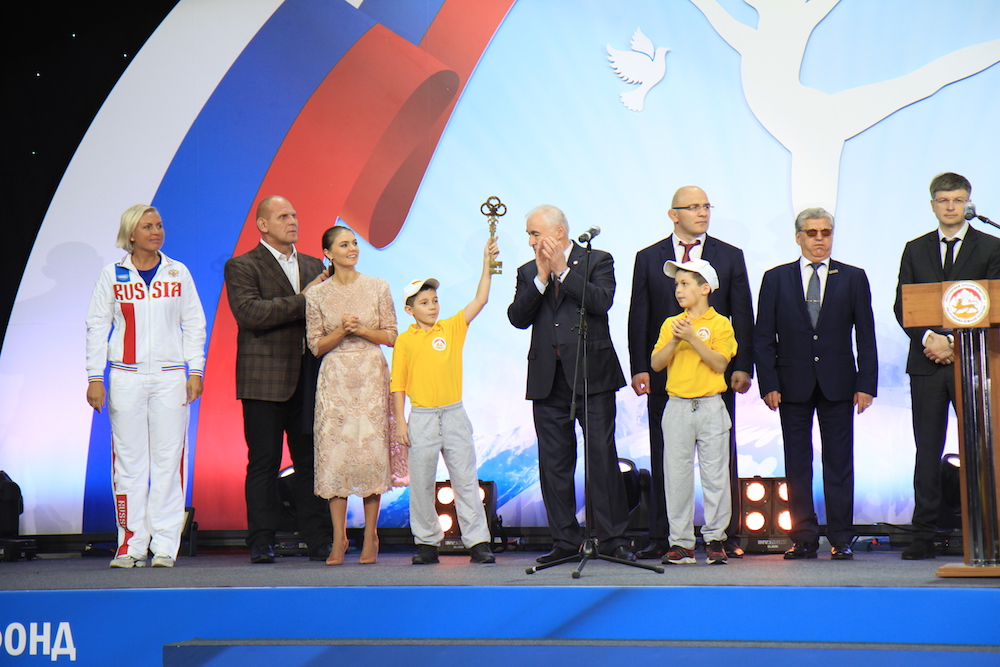 Kabaeva visited Tskhinval in September 2008, following a hot phase of the war, when the largest part of the city was still in ruins. It was then, when her emotional pledge to build the real sports center and thus ‘support the people of South Ossetia’ was first voiced.

The area of the new sports palace exceeds 10 thousand sq.m. 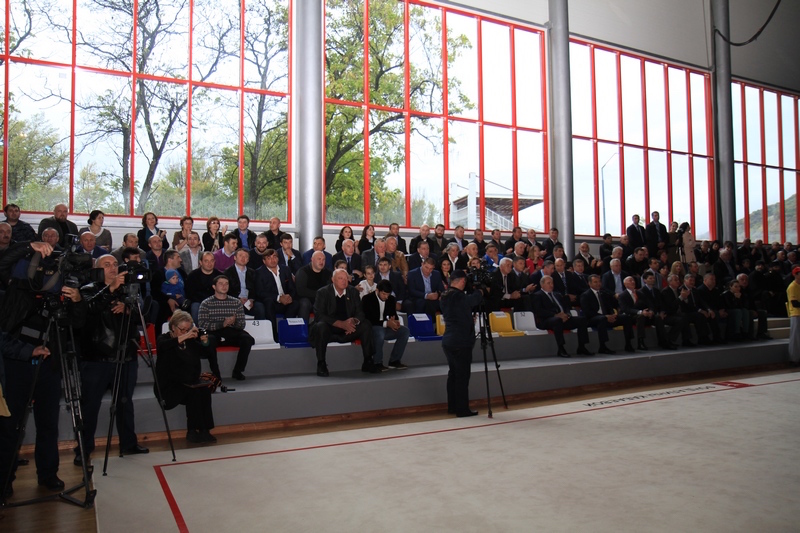 ‘Olympus’ is oriented at the sports types that are traditional for South Ossetia: wrestling, judo, sambo, weightlifting, box. However, the halls for artistic gymnastics, swimming, volleyball and basketball look nice too.

Having solemnly cut the red ribbon, President of South Ossetia, Leonid Tibilov and Alina Kabaeva, opened the sports walk of stars in Tskhinval.

Alina Kabaeva was awarded the Order of Honor of South Ossetia ‘for her great personal contribution to strengthening friendship and cooperation between the peoples of South Ossetia and the Russian Federation and active charity.’ 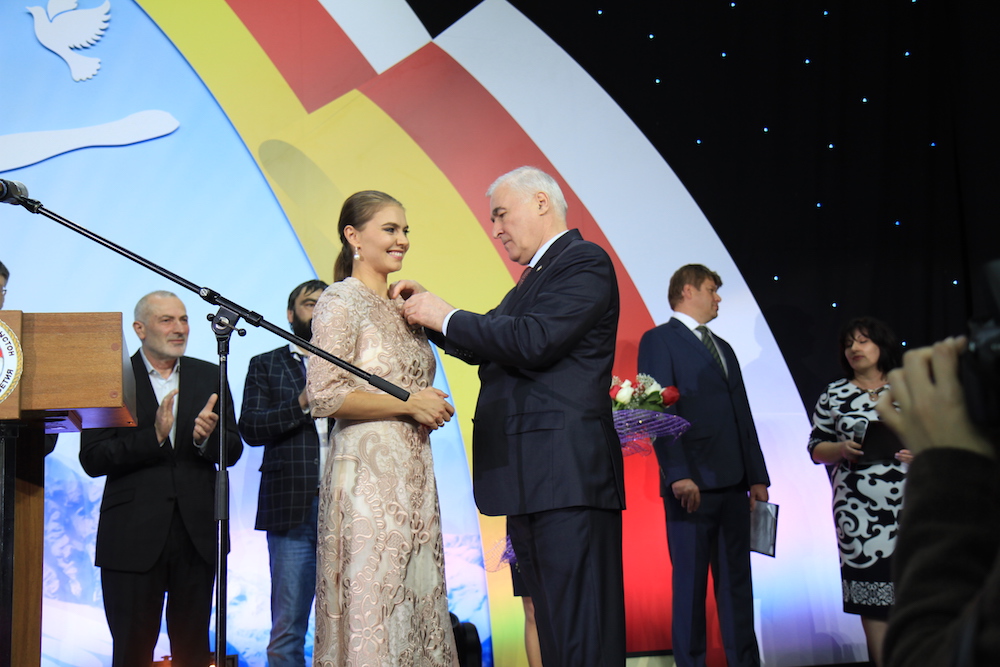 The next problem that the ‘Olympus’ is going to face is a lack of trainers. But that’s a separate topic that we are going to get back to soon.