How the EU and CENN help social entrepreneurs

In this story you will learn about Abram, a 22 year old with a vivid love of his native region Tusheti, a glorious mountain area of eastern Georgia, and how that love led him to social entrepreneurship. We will also tell you how his home in Tusheti became a family hotel, and how he began to teach local youth to be guides to the region. “Even when we are not in Tusheti, we are still there in our hearts,” to quote Abram.

How Abram turned his home, love of history and region into a business, and how the EU and CENN help social entrepreneurs

Tusheti is a difficult-to-access historical and ethnographic region in eastern Georgia on the northern slope of the Caucasus Range. In the autumn-winter season the road to Tusheti is closed, and at this time almost the entire population of the region lives at lower elevation, in the villages of Zemo Alvani and Kvemo Alvani in the Kakheti region, and returns to Tusheti in the spring after the opening of the pass.

In Kakheti, in the village of Zemo Alvani, an old Tushetian house smells appetizingly of freshly ground coffee. Mother and son, Tamara and Abram, are waiting for guests in the evening – tourists from Belgium.

In the yard an old Tushetian carpet is spread. “Ofelia and Kalane”, someone has sewn on the carpet with white thread.

“Ofelia was my grandmother, the mother of my father, and Kalane was the wife of my grandfather’s brother. Ofelia and Kalane were the wives of the brothers, and they wove this carpet together,” Abram explains.

Abram Ididze is young; he has green eyes and blond hair. He sits on the stone steps in the yard and passionately tells the story of this home.

The house was built by Abram’s grandfather:

“When the Bolsheviks came, they dispossessed my grandfather and grandmother. The house was seized and turned into a village control office Grandmother told me that after ten years, when they returned, portraits of Stalin and Lenin hung in every room. My grandfather said that until you shoot them, I will not enter.”

Throughout his childhood, Abram listened to stories about the Bolsheviks and the dispossession they wrought:

“I heard all the time in my family about dispossession, shootings, repressions, deportations… If my friends didn’t know about it, then I learned everything by hearsay.”

Born in the village of Dartlo in the mountains of Tusheti, Ofelia, who first appeared in the valley at the age of fourteen, also told Abram a lot about Tusheti.

From here begins Abram’s special interest in history and his great love for Tusheti.

A museum opened at home

At the age of twelve, Abram decided to organize a museum at home. He told his grandmother, and Ofelia loved the idea.

The obliging grandparents vacated the room in the back of the house. Objects for exposition were collected in the villages of Zemo and Kvemo Alvani.

“When the Bolsheviks came they hid these jewels in the wall, and that’s how they saved them,” Abram explains.

Then, ten years ago, when the Ididze’s had just started their domestic museum, tourism within Georgia had also just started taking off. Trips to the regions became increasingly popular. There was no shortage of visitors at the Abram museum, foreigners too.

Students, Tbilisi and the pandemic – How the EU and CENN helps social entrepreneurs

The museum had by then existed for several years. After graduating from school, Abram entered the Faculty of History and moved to Tbilisi.

Then, alas, the coronavirus pandemic began in the country. The university switched to distance learning, and second year student Abram returned to Zemo Alvani.

“I am sitting in the village and thinking about what to do. I accidentally stumble across the CENN organization on the internet – a competition for grants for social entrepreneurs.”

In the spring of 2020, CENN, with the support of the European Union, announced a grant competition for social innovations in the Caucasus as part of the project EU4Youth: Social Entrepreneurship Ecosystem Development (SEED) for Green Growth.

EU4Youth: Social Entrepreneurship Ecosystem Development (SEED) for Green Growth project is undertaken by CENN in partnership with KRDF in Georgia and Green Lane in Armenia. The project aims to discover and develop the entrepreneurial potential of young people in the South Caucasus region through social entrepreneurship and green innovation.

How Tsalka farmers were able to expand their farms

Abram filled out an application and waited for a response.

Shortly after submitting the application, Abram received a call. He was told that he would go to the next stage and would have to do retraining in Bakuriani.

In Bakuriani, the project participants learned how to work together with mentors in various areas, including how to turn an idea into a business idea, and how to write a business plan.

“Before that, I was very far from numbers. At first I thought I would fail – I could not understand the business plan, budget, Excel. I really thought nothing would come of it.”

After returning from Bakuriani, Abram wrote a business plan and started thinking about a socially relevant angle for his project.

Abram worked in two directions – turning his house into a family hotel and training young guides from Alvani.

The Ididzes had a two-storey house in Alvani, but the second floor was in need of repair, even a bathroom. According to Tamara, Abram’s mother, if not for the help of the European Union, they would not have been able to do this at their own expense. 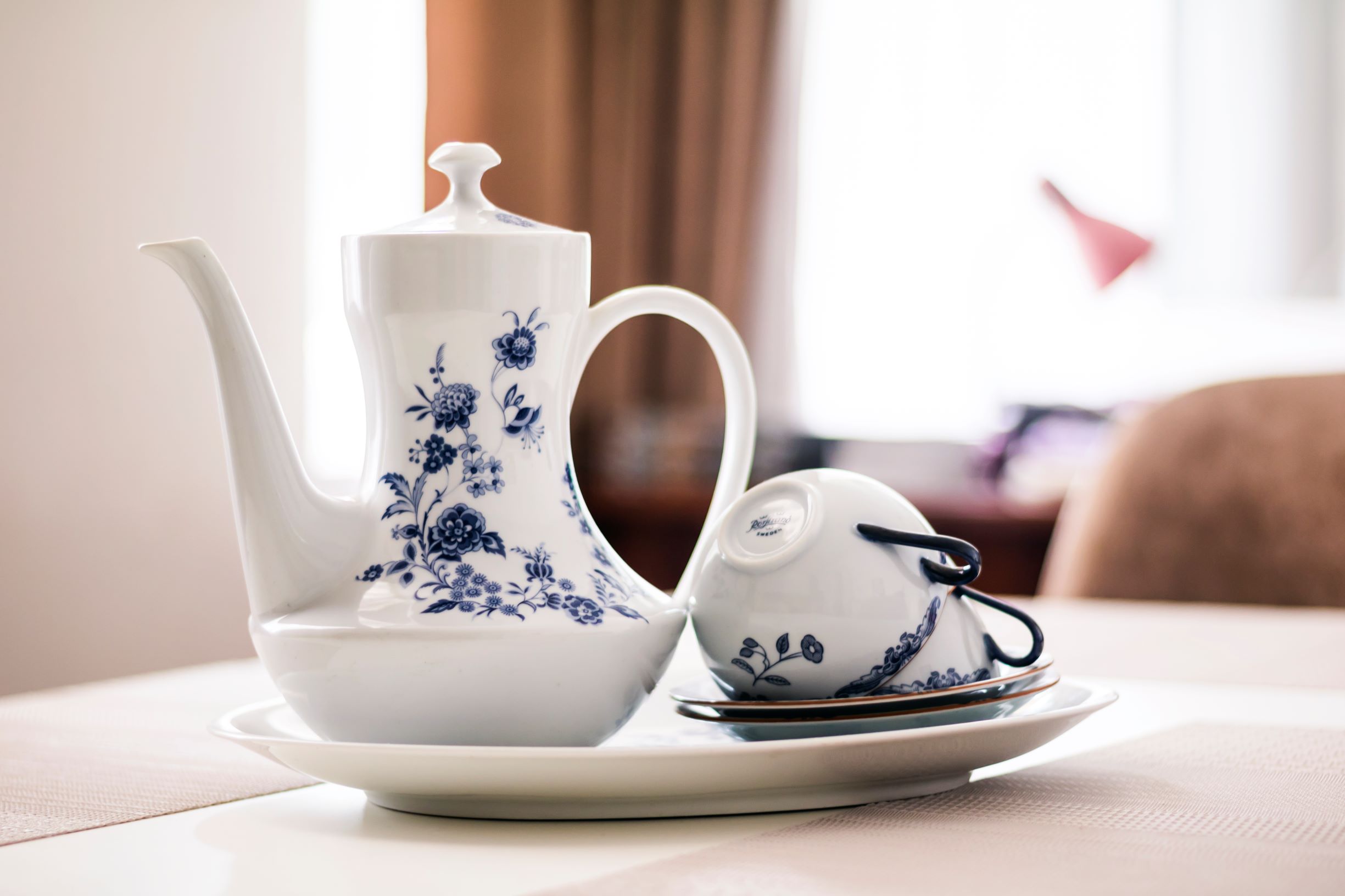 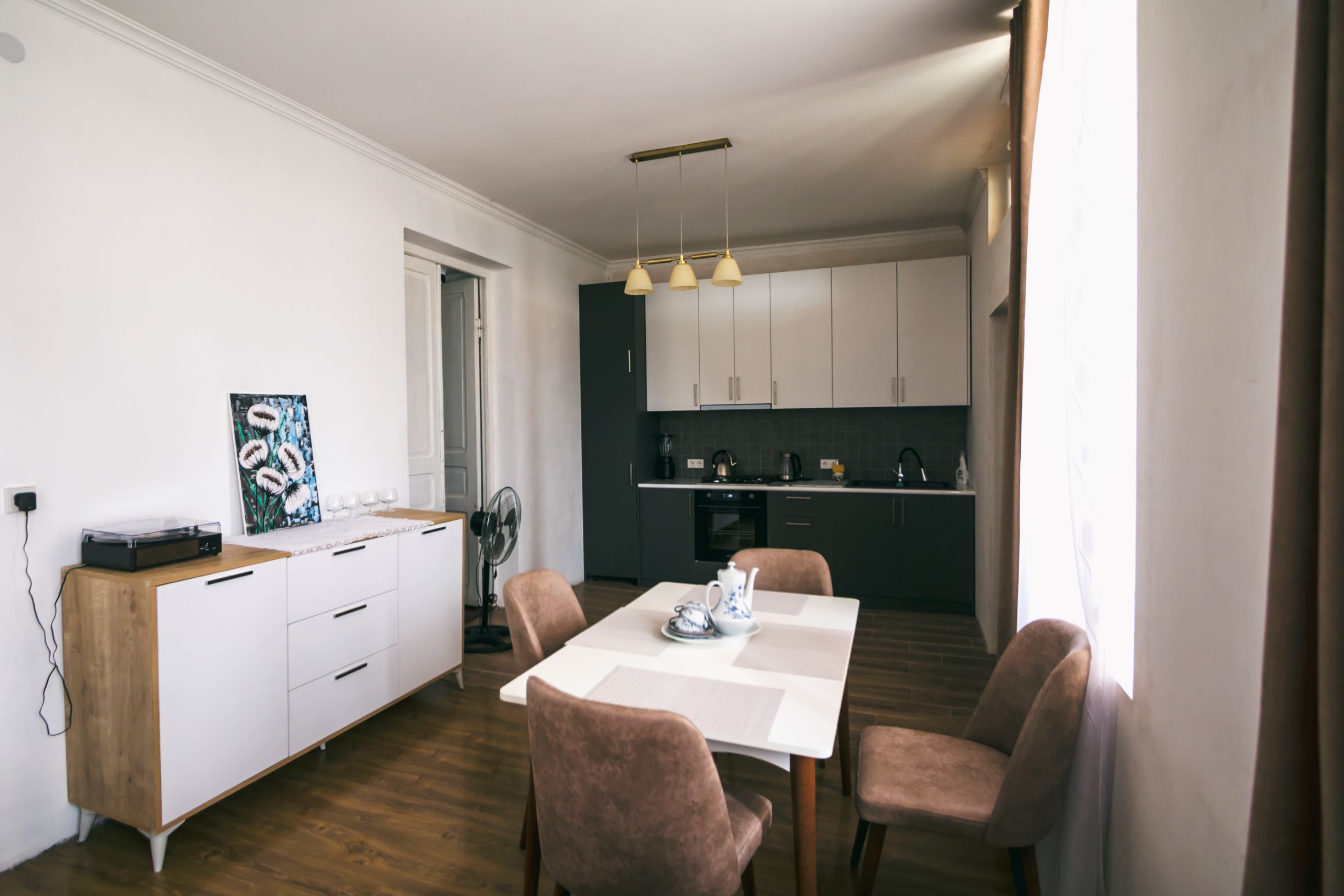 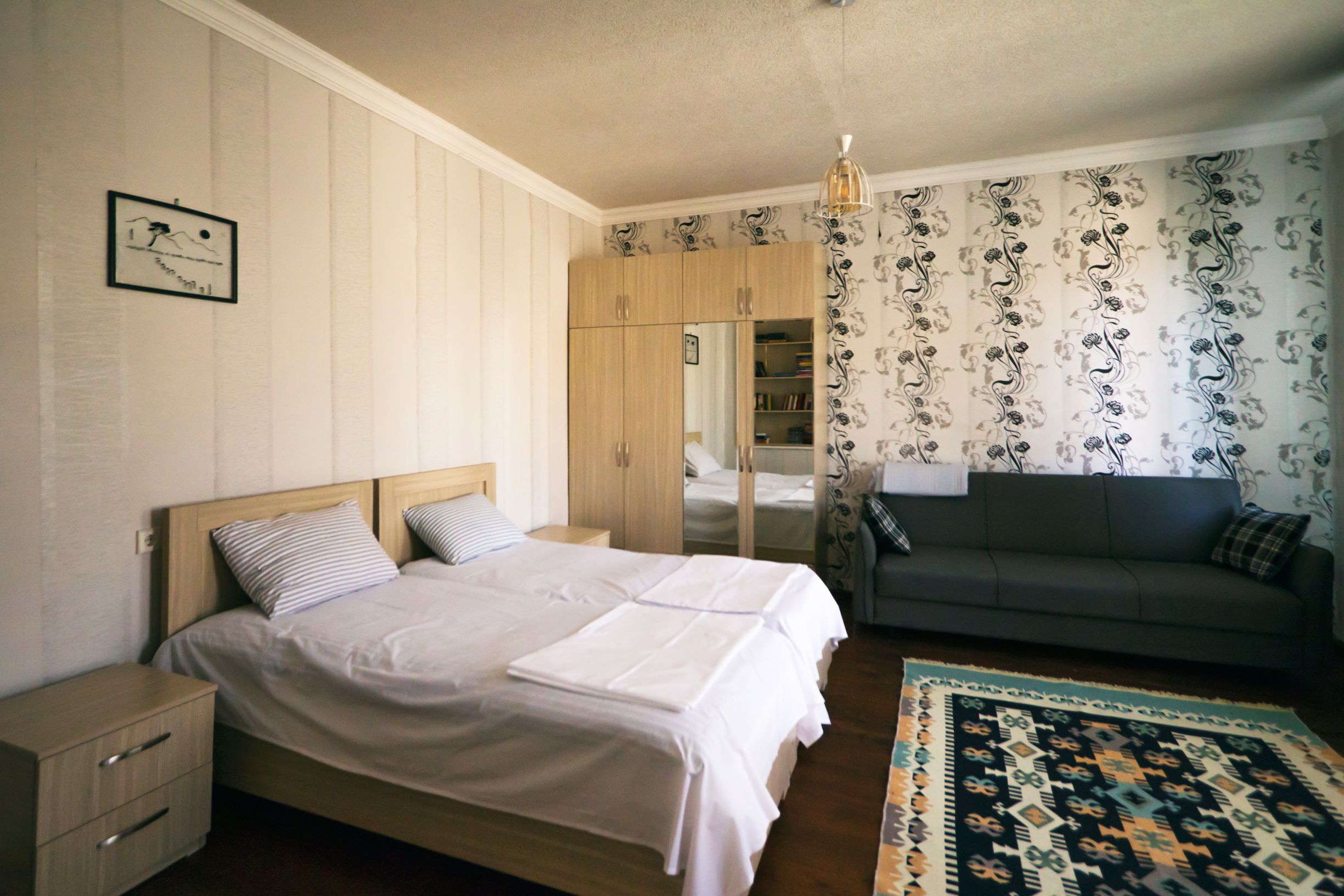 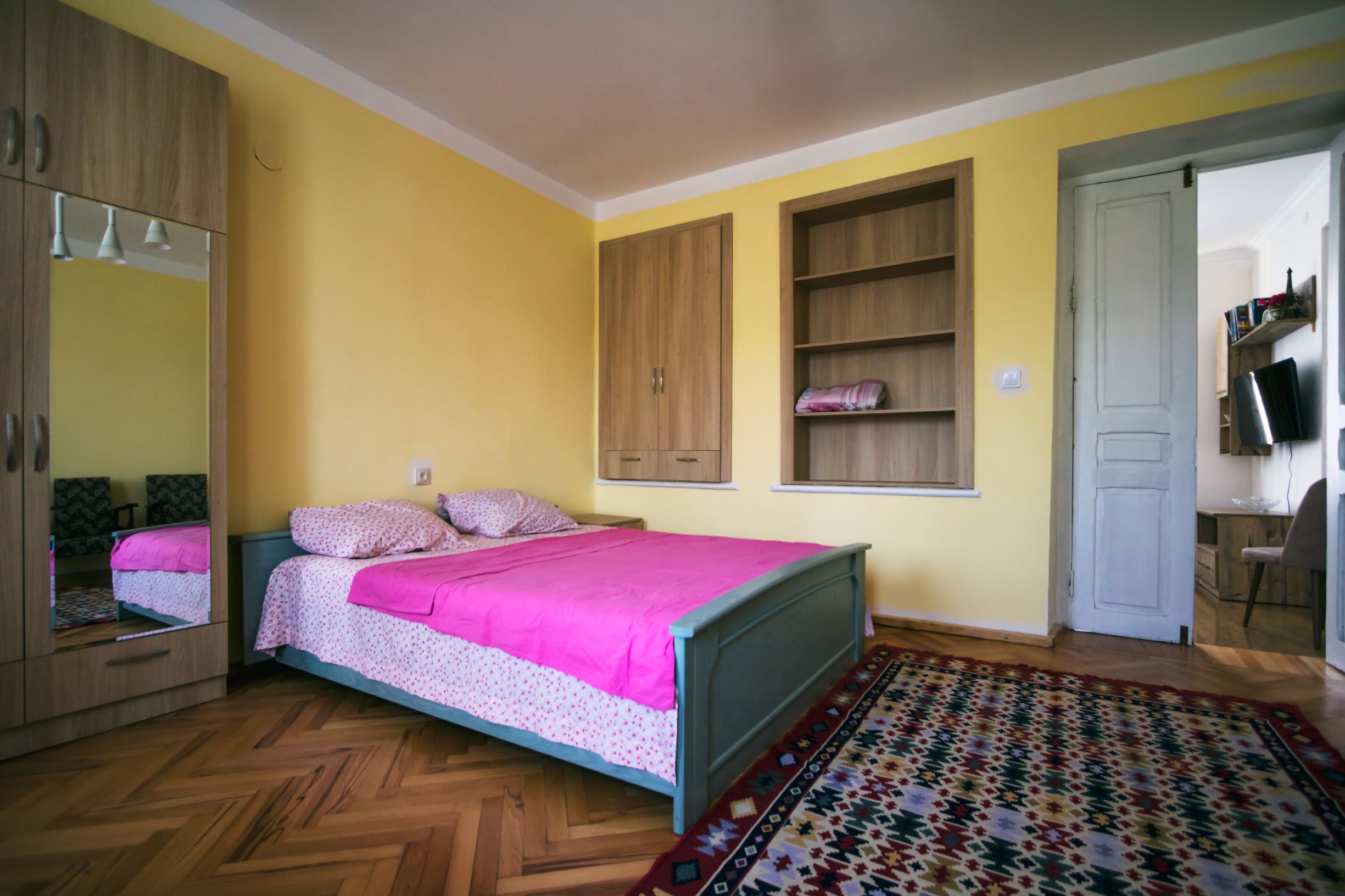 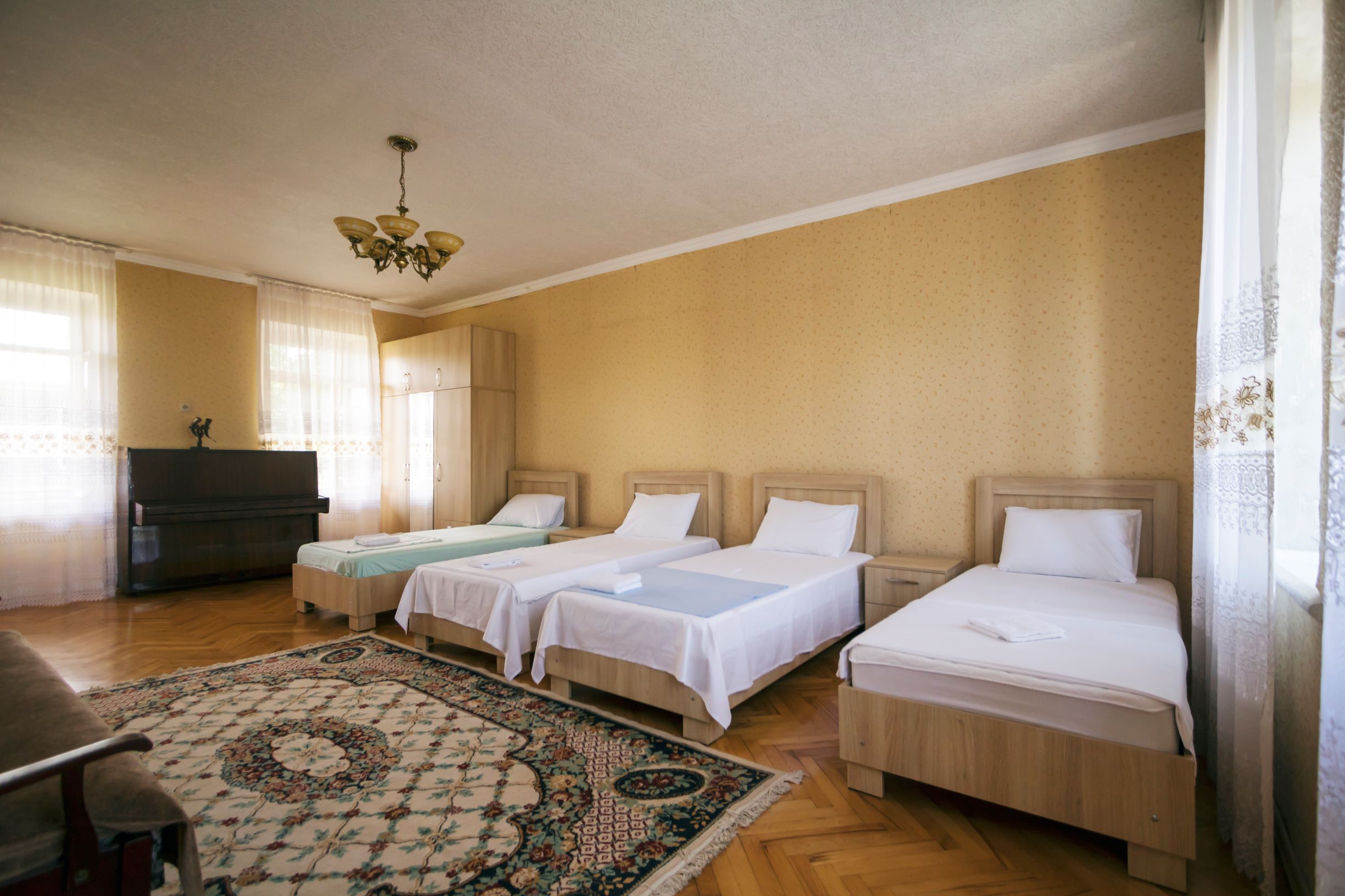 Abram’s main idea was to train young villagers as local guides. Abram says that many, including actual guides, did not know the history of Tusheti as thoroughly as Abram did, and of course did not know English.

In recent years, since Tusheti appeared on the tourist map, it has become increasingly popular as a destination. During the high season, many foreign tourists show up.

Abram decided to teach the guides English and the history of Tusheti:

“The beauty of Tusheti is in its history. So, I set myself the goal of “infecting” the young guides in my project with love for Tusheti. We Tushetians love Tusheti in a different way, we cannot live without it. Even when we are not in Tusheti, we are still there in our hearts.”

“With the money we received, we completely reconstructed the second floor of our house, equipped it with a bathroom, bought kitchen equipment, and the house became a family hotel,” Tamara says.

Abram and a friend created a special module for training guides, found materials, announced admission, and began training the first group of guides.

Abram and Tamara received their first guests – from Czech Republic – in June.

Their hotel, dubbed “Alon”, can accommodate up to ten people. Prices per night start at 30GEL (~$10).

Tushetian knitted socks and books in Georgian and English are lying in the hall on the second floor of the hotel. An old record player stands nearby.

Before going on to Tusheti, the tourist feels the charm of this region right from the comfort of the hotel.

The first five guides have already been trained. Due to the pandemic, training has been online. Abram introduced the future guides to the history of Tusheti and the Tushetian way of life. His friend taught English.

Three out of five were beginner guides, and two were total neophytes. The training process began in February and ended in June.

All five young people from Alvani are now in business making their first rounds.

Abram plans to train five more guides next year. He believes that this will benefit both Tusheti and the youth of Zemo Alvani.

There are still many plans, and everything is still connected with Tusheti and its history.

Abram plans to work with the Tushetian Community Council and the Tusheti Development Fund to save the Tsova-Tushet language, an unwritten language related to Chechen spoken by the Tsova-Tushes of Zemo Alvani. This will strengthen the social and educational dimension of the project.

For the sustainability of the hotel, Abram wants his tourism business to no longer be seasonal:

“From late autumn to spring, the pass is closed and it is impossible to climb up Tusheti. I want our hotel to be open year-round. So in the future we plan to work on wine tourism; we build a cellar at home and start producing our own wine,” he says.

“I want to go to graduate school. Of course, again at the Faculty of History. There’s no question,” Abram says.

How the EU and CENN help social entrepreneurs

What caused the Armenia-Azerbaijan border war of September 13-14? Six versions