Ghapama: an Armenian dish so good, they made a song about it

Pumpkin stuffed with rice, dried fruits, nuts and honey – these are the ingredients for traditional Armenian ghapama. It has been a mandatory dish at any Armenian festive table since time immemorial. People loved it so much that they even composed a song about it. The dish is still cooked for New Years, Easter, weddings and birthday parties. People merrily serve it to the table, singing: ‘Hey, jan ghapama, delicious and aromatic. Hey, jan ghapama, with honey inside ghapama.”

Ghapama is a complex dish, and in olden times, the whole family was involved in cooking it. Ghapama has also been the subject of many legends. According to Sedrak Mamulyan, a chef at the Ararat Hall restaurant and Chairman of the Development and Preservation of the Armenian Culinary Traditions NGO, it was believed that pumpkin was a symbol of Planet Earth, rice was of mankind, while dried fruits and nuts were of the people of various faiths and ethnicities:

“As the saying goes, good should prevail on the planet, populated by different people with different religious faiths. And ghapama was cooked so that there could be peace on Earth.”

• The lemurs and other inhabitants of Yerevan Zoo – photos and video

• A Dutch couple moves to Armenia for work, ends up staying 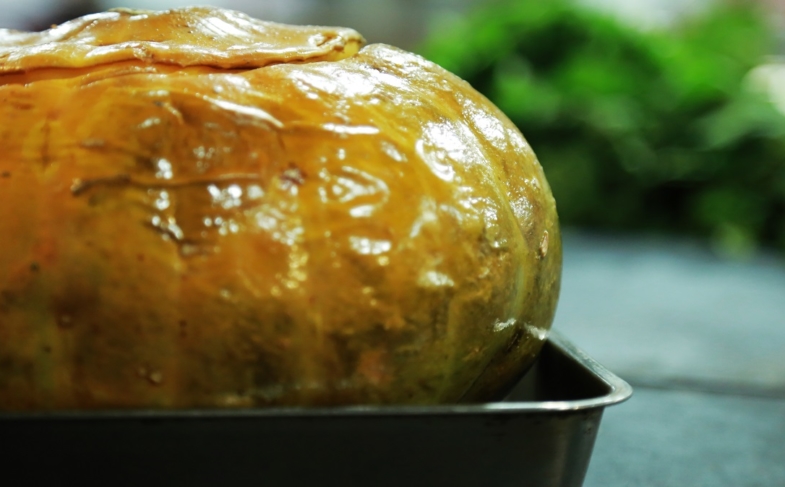 Ghapama is a dessert. In the past, there were several variants of the dish. For instance, the stuffing was made of wheat, meat and fresh fruits. However, the most common recipe includes rice, dried fruits, nuts and honey.

Lili, Sedrak Mamulyan’s assistant, showed us how to cook Ghapama so that it is as delicious and aromatic as in the famous song. 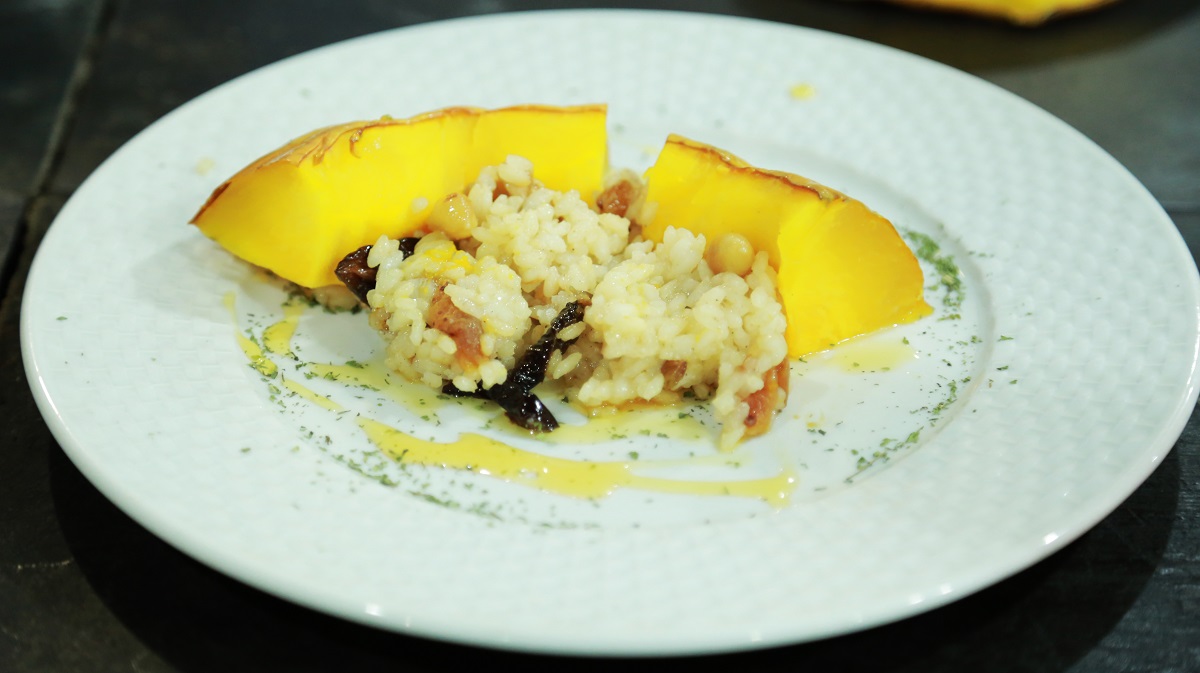 To cook this dish, you will need the following ingredients:

First, cut off the pumpkin top including the stem so that you get something similar to a container and lid. Then remove the ‘guts’ and pour some sugar inside. The pumpkin should preferably have a thin skin so it will bake well and will be juicy. 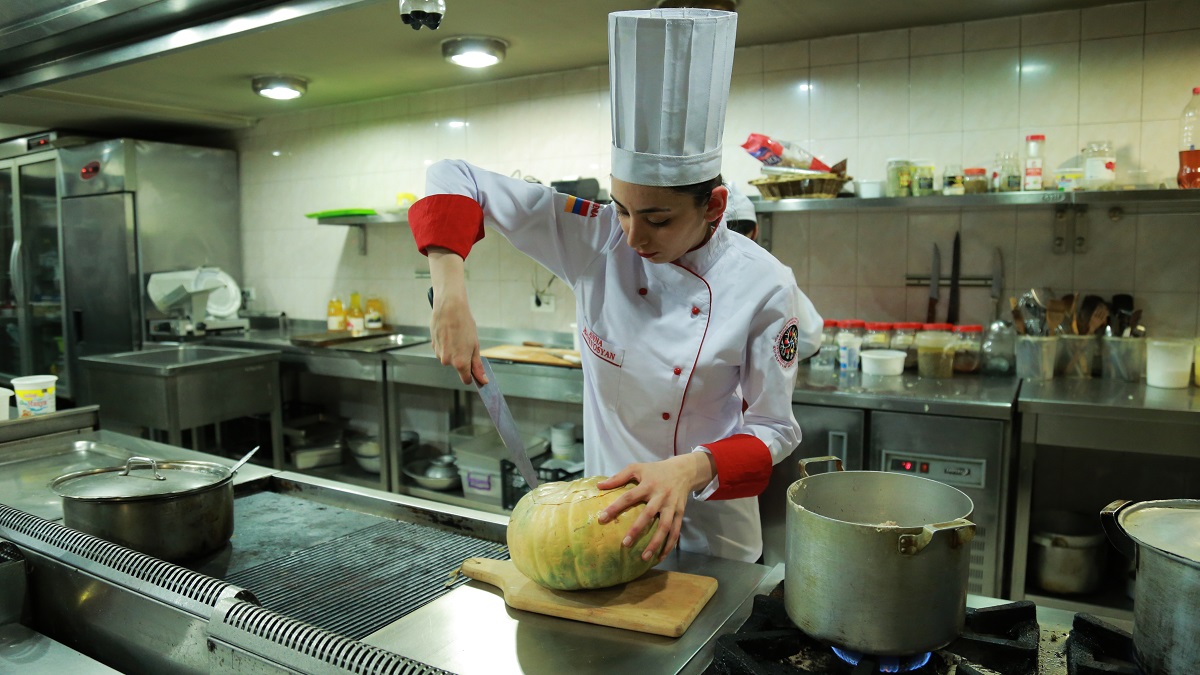 Cook rice and salt it to taste, but don’t overcook it. Using short-grain (round) rice is recommended, as it usually sticks together. When you cut up the dish, the layers will be preserved. It is also important to choose the right dried fruits – use both sweet and sour. Dried fruits and nuts should be roasted in butter. Add as much honey as possible, so that the whole filling is drenched in it, and add a pinch of cinnamon. 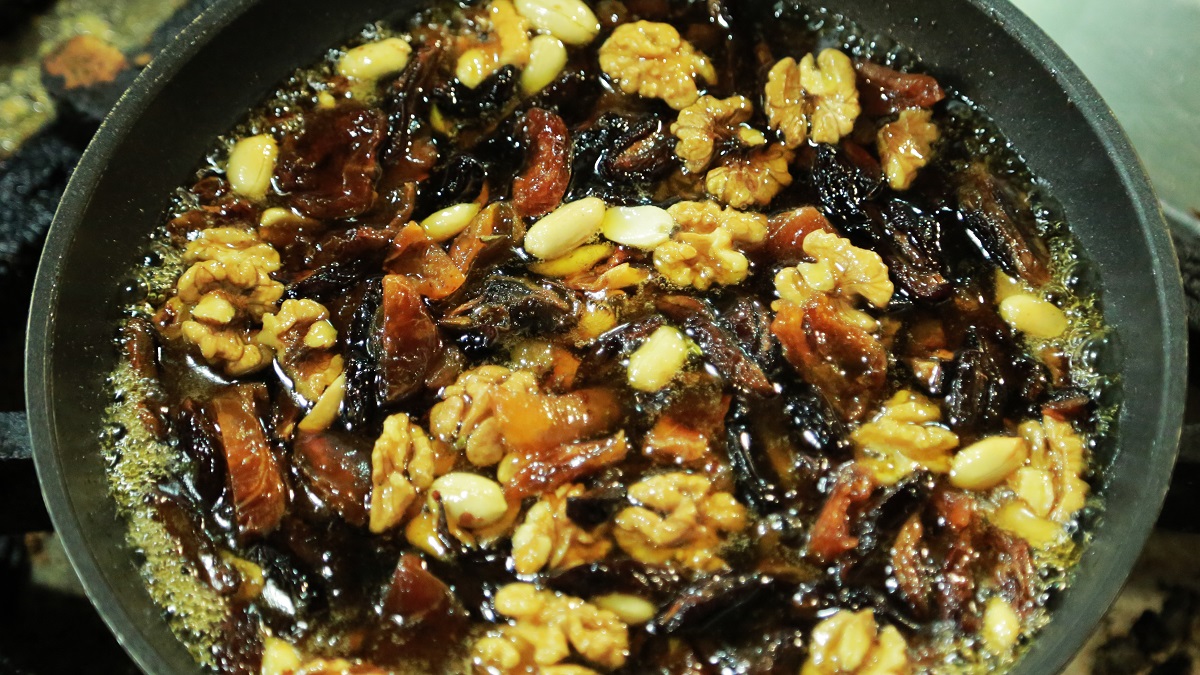