The Georgian government is fighting with the organisers and participants of rallies in front of the parliament with the help of Facebook trolls, and setting up expensive  campaigns to discredit the demonstrations, NGO International Society for Fair Elections and Democracy (ISFED) reports.

ISFED has conducted a study of Georgian social media and online publications since the events of June 20 when the rallies begin. 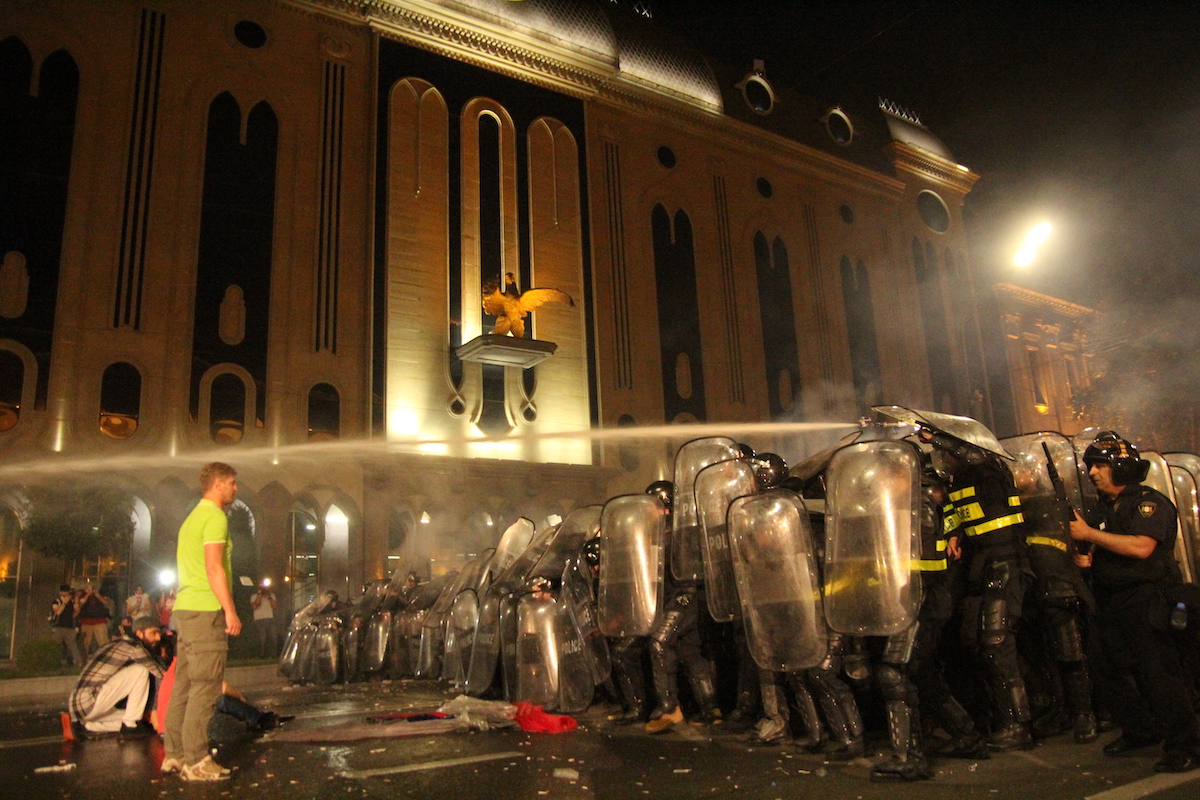 What the study showed:

The main targets of the anti-protest campaign have been the organizers and participants of protests outside the parliament.

The main message that Facebook trolls and fake news outlets try to disseminate is that the organisers of the action are controlled by the opposition United National Movement party, which in turn is allegedly trying to lead the country to destabilization and plans to organize unrest.

These same online publications position the special forces as the victim of the violent events of June 20, and the participants of the demonstration as the aggressors.

On June 21, after the dispersal of the demonstrations, these publications only published photographs and video clips that did not display the violence and force used by special forces units, and instead only display the aggression of civilians.

•How a former Czech barman built a fake news empire

•Social media in Azerbaijan: the cradle of the protest movement, a nest of debauchery or a champion of the oppressed?

An organized and coordinated campaign

The posts generally contain the same message, sometimes the same photos and video materials, and even the same text is repeated on some pages.

“The same video was made public on three different pages within five minutes, which reinforces the assumption of a connection between them and a single administration,” the study says.

Gov’t behind the campaign?

The idea that the government stands behind the use of Facebook trolls and fake news sites is supported in the study by a specific argument:

The study showed that along with the newly created pages on Facebook, pages that supported pro-government candidate Salome Zurabishvili during the presidential elections campaign of 2018 were also especially active.

ISFED also revealed the connection of the authorities with specific Facebook pages working to discredit the opposition.

For example, a Facebook page called Information Page, which is now actively engaged in the discreditation of participants in the demonstration, in February 2014 functioned under the name Elections to self-governing bodies / Georgian Dream.

Campaigning is a costly treat – every post is sponsored

Based on its scale, the campaign is presumably quite expensive. In addition to human resources, serious funds are needed to finance posts.

“There are alleged questions about the use of illegal means,” the study says.

A number of the posts allegedly sponsored and coordinated by individuals close to the government are also homophobic in nature.

Some of the sponsored posts suggest that the organizers of Tbilisi Pride are behind the parliament rallies. Photographs of LGBT activists participating in the rally are published as evidence.

“These messages are quite consistent with the misinformation and propaganda statements on the pages of the ultra-right forces, characterized by an anti-Western narrative,” says the study.

The campaign to discredit the protesters was not only on Facebook.

There are quite a few websites that, in a superficial glance, look like online publications where various aspects of the news are covered, in addition to non-political articles.

However, in reality, they were created with the sole purpose of discrediting the participants of the rallies.

These fake websites publish articles against the opposition or videos that are being distributed on Facebook with sponsorship.

Protest rallies held under the motto ‘Shame’ are taking place in front of the parliament for the 13th day now. Participants of the rally, who initially went to the rally because of the address of Russian MP Sergey Gavrilov in the Georgian parliament from the speaker’s chair, at this stage have only one demand: the resignation of the Minister of the Interior Giorgi Gakharia.

The demand for his resignation came about after special forces dispersed the rally participants at the parliament on the night of June 20, using rubber bullets and tear gas.