Rustavi City Court acquitted former mayor of Marneuli Temur Abazov, who was accused of inhumanely treatment and humiliating Elchin Allahverdiyev – a resident of the same city. Abazov and two of his close associates was arrested on June 13, 2018.

The sensational story occurred in June 2018 in Tbilisi, when Allahverdiyev scolded then Marneuli Mayor Abazov and the leader of the ruling Georgian Dream Bidzin Ivanishvili during a rally in support of Zaza Saralidze, the father of a schoolboy killed in a brawl and while demanding a fair trial for the killers.

The video footage of this rally spread across social network.

And soon another video appeared, in which Allahverdiyev was already apologizing to Abazov – but under duress, smearing his face with his own urine and promising to always vote for “41” in any election – the election number of the ruling Georgian Dream.

The incident received wide resonance, and Abazov was forced to resign.

However, this did not save him from the arrest of the prosecutor’s office and seven-month detention. Only after this period in December 2018 Abazov was released on bail of 10 thousand lari [about $3.3 thousand].

And in February of this year, Abazov was completely acquitted by the court.

It is curious that Abazov, while still in the status of the accused, was elected vice-president of the Athletic Federation and, as journalists found out, before being elected mayor of Marneuli, worked in the personal guard of Bidzina Ivanishvili. This is confirmed by photographs. 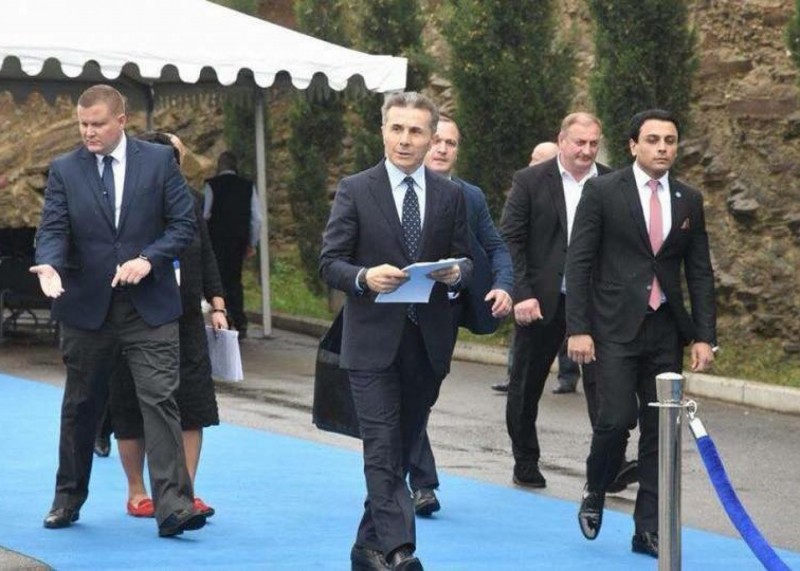