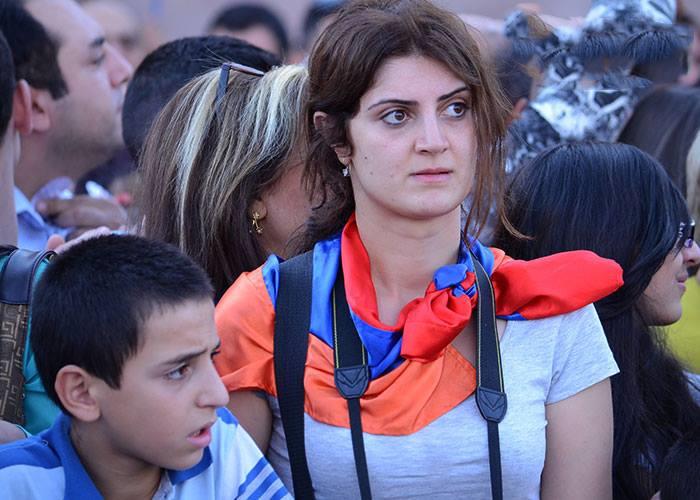 When addressing the 16th Congress of the ruling Republican Party of Armenia (RPA), on November 26, Armenian President and RPA leader, Serzh Sargsyan, unexpectedly focused too much on relations with diaspora. Although, he didn’t say anything in particular, but such attention to this issue was regarded as Serzh Sargsyan’s intention to ‘unite’ Armenia and diaspora and to become the ‘Father of the nation’.

Since the very first day he took the office in 2008, Serzh Sargsyan has been slowly but surely promoting an idea of nation-state for Armenians, claiming, he would like to become the president to 10 million Armenians living worldwide, rather than that of just 3 millions residing in Armenia. Throughout 8 years of Serzh Sargsyan’s presidency this idea hasn’t been eventually formalized. Neither have there been elaborated any mechanisms for Diaspora’s involvement in Armenia’s life and state policy-making. However, by the end of Sargsyan’s presidency, a national ‘network’ body could be possible set up, which will be headed by Sargsyan himself.

Until now, the Armenian diaspora, which is densely residing in Russia (according to some data, 3million people), USA (2million people), France (500,000), Middle East and Iran, has been engaged in Armenia’s life only from the economic point of view, mostly through donations.

At the same time, nearly all foreign ministers of Armenia (Raffi Hovhannisyan, Vahan Papazyan, Vardan Oksanyan), especially at the early stage of Armenia’s independence, were diaspora natives and determined the foreign policy within the global policy system, rather than within the post-soviet area. It was the period of Armenia’s sovereignization and the diaspora enthusiastically invested in Armenia despite the differences with the leadership. Suffice to mention a financial assistance rendered by American business tycoon Kirk (Kerkor) Kerkorian’s Lincy Foundation, gratuitously investing over US$220million in Armenia.

In addition, it is said that there is a powerful Armenian lobby in the USA and some European countries, as well as in Lebanon and Iran. Not only is the Armenian lobby promoting international recognition of Armenian Genocide in the Ottoman Empire, but also the economic and political assistance to sovereign Armenia. Turkey and Azerbaijan make no secret of the fact that they view the Diaspora, rather than the Republic of Armenia, as their opponents.

‘Diaspora’ doesn’t usually imply ‘soviet’ Armenians. The Armenians, who live in the post-Soviet area, are, as a rule, assimilated and have no influence on political decision-making in the countries of their residence. Besides, they aren’t much interested in relationships with their historical homeland. This particularly concerns Russia, where the diaspora serves as a leverage of Moscow’s influence on Armenia, rather than a tool for promoting Armenians’ national interests in Russia.

On the other hand, Russia has been recently making efforts to regain its influence in the post-Soviet space. More well-off Armenians from Russia, who genuinely fit into the political system, have recently appeared in Armenia. For example, in 2015, Samvel Karapetyan, an Armenian-born Russian business tycoon (Tashir Group), bought the Armenian Electric Power Grids Company from the Russian Inter RAO UES.  Ruben Vardanyan, a well-known investor and philanthropist, has been actively investing in Armenia’s education and tourist spheres. Karen Karapetyan, Russian Gazprom Co.’s top manager, has been appointed Prime Minister of Armenia this year.

Thus, in recent years, the diaspora has, to a certain extent, shifted towards Russia in terms of its involvement in Armenia’s affairs. Although, the western diaspora keeps doing an important job, ensuring both, political and economic support to Armenia, but its involvement is becoming less visible. Eduardo Ernekyan, an Argentinian businessman of Armenian descent, seems to be the only western investor left in Armenia. Ernekyan is a concession holder of the Zvartnots airport and Haypost (Post of Armenia).

However, no institution has been eventually set up in the country to legalize Diaspora Armenians’ involvement in the political decision-making in Armenia. For quite a long time, there were discussions on possible establishment of a bicameral parliament, where the Senate members would be elected from diaspora. However, creation of a ‘nation-state’ has remained a pretentious idea, which is due either to the failure to elaborate the election mechanisms, or to certain reasons preventing diaspora’s involvement in the decision-making process in Armenia.

This idea has been promoted by both, the western and the eastern diaspora members. However, it seems to be no relish for those, who are interested in Armenia’s greater dependence on Russia. The national Senate is capable of thwarting any ‘integration’ projects offered by Moscow, that are oftentimes of strongly expansionistic nature in Armenia.

However, it seems that the issue is still being discussed, possibly within the context of Serzh Sargsyan’s future. And the statement that he made at the RPA congress testifies to that. “We have almost all necessary preconditions to organize works in the economic, legal, social, scientific, cultural, information and other areas. Time has come to add one significant element to the joint Armenia-Spyurk (Diaspora) work. It’s a fusion of unity and responsibility, said Serzh Sargsyan. At the same time, he didn’t specify, what exactly he meant by the aforesaid. There are speculations that the matter could possibly concern creation of the super-national council.

It is said that Armenian leadership has always regarded the diaspora as ‘a cash cow’ paying a national tribute, but, at the same time, kept off the policy-making. Diaspora is still paying that tribute, but those are mostly donations rather than investments in country’s development. The precise amounts invested in Armenia by the diaspora are unknown, but no one makes a secret of the fact that both, Armenia and Karabakh, manage to survive and maintain stability thanks to the diaspora.

Just recently, on November 24,  the 19th annual telethon was organized in Los Angeles by the ‘Hayastan’ (Armenia) All-Armenian Fund.  These telethons aim at raising funds for settlement of social problems, construction of roads in Karabakh and Armenia. About US$16million have been raised this year. Approximately the same amounts are collected annually.

In due time, the ‘national tribute’ idea was introduced, which required each Armenian to pay a small amount that would ultimately serve the national interests. However, this idea didn’t strike root and charity has remained on the shoulders of the well-off Armenians and Armenian organizations.

There was much talk about the need to attract diaspora’s capital for investments in business. Even the U.S. Ambassadors to Armenia were involved in attraction of the US-Armenian investments. However, all of them admitted that Americans of the Armenian descent didn’t much trust the Armenian leadership, suspecting it of corruption. Especially as diaspora was persistently fended away from the political institutions through which it would be possible to exercise control.

Armenia has the lowest investment rates in the world. In the HY1, 2016, Armenia first showed the negative figures-the investment outflow exceeded the inflow. Against the background of increasing external debt, which has already exceeded 60% of GDP, the lack of investment is regarded as no confidence in Armenia’s economy, including on part of diaspora. Diaspora wants to invest and control, but it doesn’t have such mechanisms so far.

“There are some of our compatriots, who have achieved success in the world and whose personal and institutional capacities in terms of promotion of something in Armenia are even greater than the capacities of several governmental agencies combined. And those people are really concerned about the development of Armenia. Thus, time has come for joint implementation of the development policy, said Serzh Sargsyan.

The assets of well-off Armenians are oftentimes comparable to Armenia’s state budget. However, in order to attract that capital to Armenia, the authorities will have to create transparent government structures and be deprived of the monopoly in the traditional areas. Perhaps this will be done through setting up the network national structures.