Street protests and a conflict between the authorities and residents of the Russian city of Yekaterinburg because of a plan to build a church in a city park has ended in victory for the citizens: the square will remain a square, while the church will be built elsewhere.

After clashes in the park and the detention of about a hundred activists, the authorities decided to hold a referendum. As a result, two-thirds of Yekaterinburg residents (74 per cent) said that the square near the Drama Theater is not the best place to build a church.

18 per cent entirely opposed the construction of another church in the city. 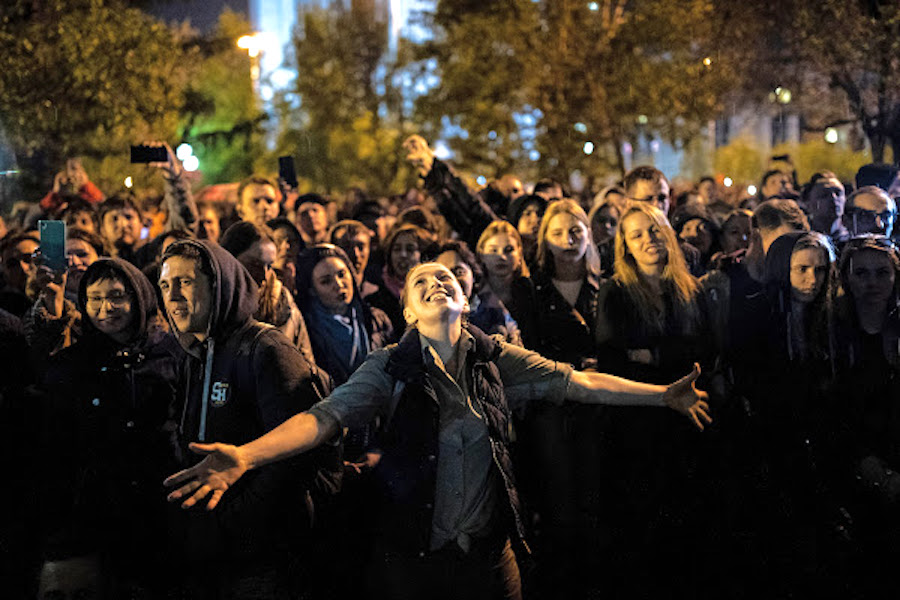 The conflict around the church on the site of a popular city square lasted for several years.

On May 15, it entered an acute stage, when street protests, beatings and arrests of protesters began.

Then the president of Russia intervened. Vladimir Putin said that the best way forward was through a city-wide referendum, which was conducted.

The governor of the Sverdlovsk region, to which Ekaterinburg belongs, announced that he considers the conflict to be settled, and will turn to the mayor of the city with a proposal to discuss alternative sites for the construction of the church.

The conflict arose because of the plans of local authorities to build on a public park, which is both a gathering point and a spot for R&R for the city’s residents, especially the youth.

At first, it was said that an Orthodox Church would be built there, against which residents of the city, demanding that the public space be left untouched. Protestors pointed out that within a three kilometer radius of the spot, there are some 25 Orthodox churches already.

Later, it became clear that the church was not the main goal of developers – an elite residential complex was also to be built on the public park.

• Mass arrests and beatings in Russia at demonstrations against pension reform

How the fight began

The authorities of Yekaterinburg approved the building plans. Residents then began to hold protests, which on May 13 turned into real fighting. 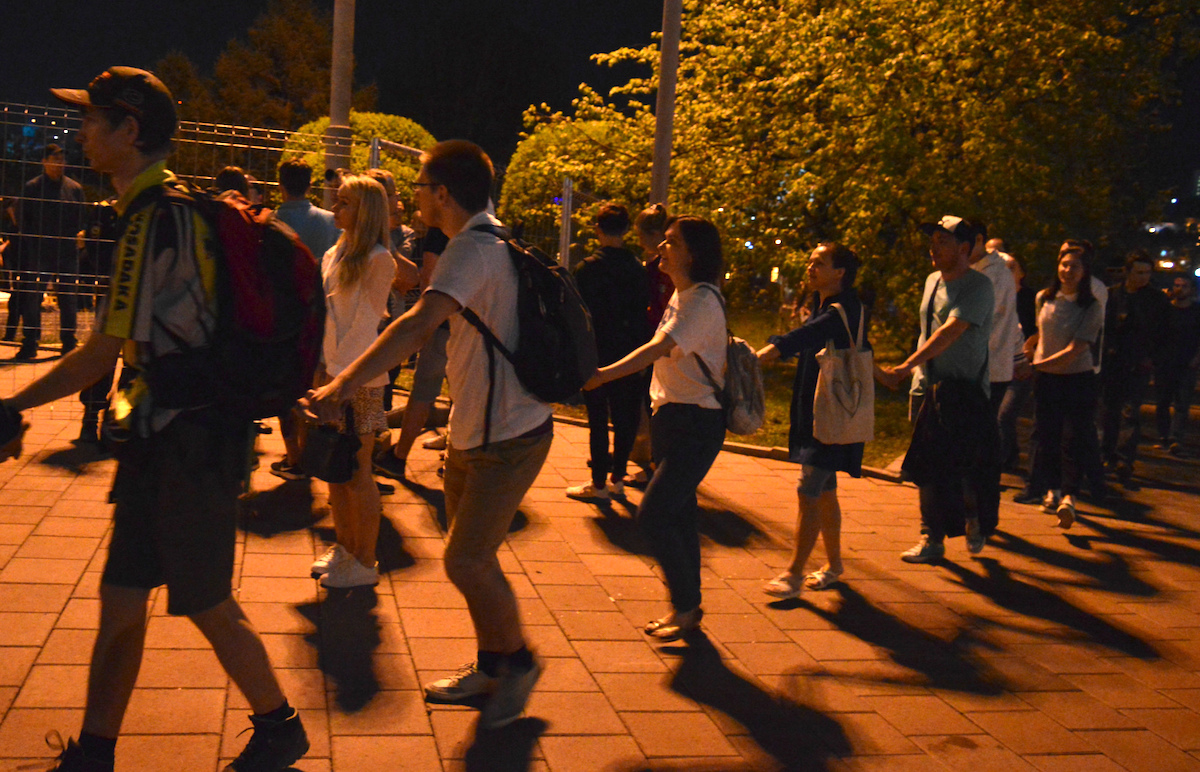 On the night of Monday, May 13, the square was surrounded by a construction fence. In the evening, the protesters knocked it down.

For this, they were beaten by ‘young people of athletic build’ from the Academy of Orthodox Martial Arts.

The next day, the Orthodox martial artists were replaced by police, as a result of which more than a hundred people were detained.

At the same time, police officers had to be brought in from other cities, since many police officers from Yekaterinburg are now in Ingushetia, where mass protests are also taking place.

The number of protesters is increasing all the time: at their most recent peak there were about 3 thousand, which is a lot for Ekaterinburg.

The local governor has arranged negotiations between protesters on the one hand and representatives of the developer and the leadership of the local Orthodox diocese on the other. They have so far not come to an agreement, which is predictable: it is not easy to establish a dialogue with people who publicly call their opponents (people protesting against the church) “demons” and “terrorists”, as Vladimir Solovyov, a Moscow television and radio host, did.

Protestors are using artistic means of resistance, with both their own works and the works of others. 30 years from its release, the song ‘We are waiting for change’ by well-known Soviet singer and songwriter Viktor Tsoi was played all over the city.

One sample of the creativity of the protesters themselves: drawn church domes with the hashtag #скверныйхрам (skvernykhram), a play on the words of ‘skver’ (square), ‘skverny’ (bad) and khram (temple).

Later, President Vladimir Putin himself intervened, and proposed to settle the dispute democratically: to conduct a survey.

The authorities of Yekaterinburg immediately agreed to the proposal of the president. It was decided that during the time of the survey, construction will be suspended.

Who is against whom

The euphonic name of the developer, St. Catherine’s Foundation, should not be misleading: it is registered in the offshore zone of the Virgin Islands. Its owners are the owners of the largest local enterprise, the Russian Copper Company.

Everything depends on them in the city: jobs, media, members of the city assembly.

The Academy of Orthodox Martial Arts also belongs to the Russian Copper Company.

Against them and their plans are people of all ages and professions. No organization is behind them, they have no leaders.

The protesters are extremely calm and friendly. Their main slogan is “This is our city!“. They share pizza with the policemen, brought to them by locals.

This is a classic peaceful protest which cannot be broken up by force, because everyone in Yekaterinburg and in Russia understands that the current standoff is indicative of a number of social ills across the country. There is huge potential for mass discontent in the country because:

Salaries are beggarly, but people are afraid to lose them

The government is trying to strictly control the internet which is especially irritating the youth.

For that reason, Tsoi’s song “We are waiting for changes” is a. not accidental and b. not limited only to Yekaterinburg.

Changes will soon come to Russia. But what kind of changes will they be? And if the current wave of protests is beaten down with force, then another will come – but one that is less cheerful, playful and tolerant.

Op-ed: Abkhazia will have to transfer its power system to Russia or live without electricity

Op-ed: Abkhazia will have to transfer its power system to Russia or live without electricity