“This is an environmental catastrophe” – Abkhazia protests city landfill

Residents of the Mayak district in Sukhumi held a two-day protest starting from 5 December against the city’s overflowing landfill. They were eventually given confirmation by the authorities that the problem would be addressed.

The presidential administration said that the landfill would not be closed, but modernised instead, and that City Hall has been given two weeks to carry out the project.

“We are dying while living near this landfill. Show them [the officials] that the garbage is already in our courtyards,” said the organiser of the protest rally, local resident Dzhansukh Adleyba, while meeting with journalists who came out to the landfill.

• Abkhazia’s dying palm trees: officials say cut them down, while the public calls for them to be saved

About one hundred of his neighbours participated in the protest with him.

“The landfill is almost at our doorstep,” they said.

There is a school nearby, so many teachers were among the protesters as well.

“In the summer they just burn the contents of the landfill. You can escape it by going to the village, but I would like to be at home as we live right by the sea. But in summer it is almost impossible to breathe here,” says Madina Argun.

A month before, Adleyba collected 915 signatures from local residents and sent a letter to the prime minister requesting that the landfill be closed down. However, Adleyba didn’t wait for an answer. He asked his neighbors to take the protest outside and not allow a single garbage truck to come through until a decision has been made regarding the landfill.

“I have six children, and our house is located 300 metres from the landfill. You cannot live closer than two kilometres from it, it’s toxic,” says Adleyba.

The chief ecologist of Abkhazia, Savely Chitanava, told journalists that he agreed with the protesters in that living close to the landfill is unhealthy.

“To be honest, this is an environmental disaster. But we can’t do anything at the moment. A lot of money is needed to destroy the landfill,” he said.

Adgur Kharazia, the mayor of Sukhumi, also came to the rally, but was unable to give any concrete responses to questions on how the municipal authorities intend to solve the problem. He did, however, come up with several arguments in defence of the authorities:

“This landfill has been here since Soviet times. The people who put it here weren’t stupid – why should we move it? Moreover, a large amount of money is needed for this, and there is no such money,” he said.

Prime Minister Valery Bganba also visited the rally. He explained that it would be difficult to relocate the landfill to another city because it would give rise to discontent elsewhere.

He further said that the demands and proposed solutions of the protestors were “premature”. Howeverm the voice of protesters won out in the end.

t was not only the protesters who were concerned by the landfill: there are other individuals for whom the landfill is a source of income, and some even depend on it for their very survival.

One of them, Ruslan Kapba, told a JAMnews correspondent that he had been working at the landfill for 10 years. He extracts copper from old wires and household appliances, which is enough to feed a family of three:

“I used to work as a security guard, but now I earn that same monthly salary in ten days.” 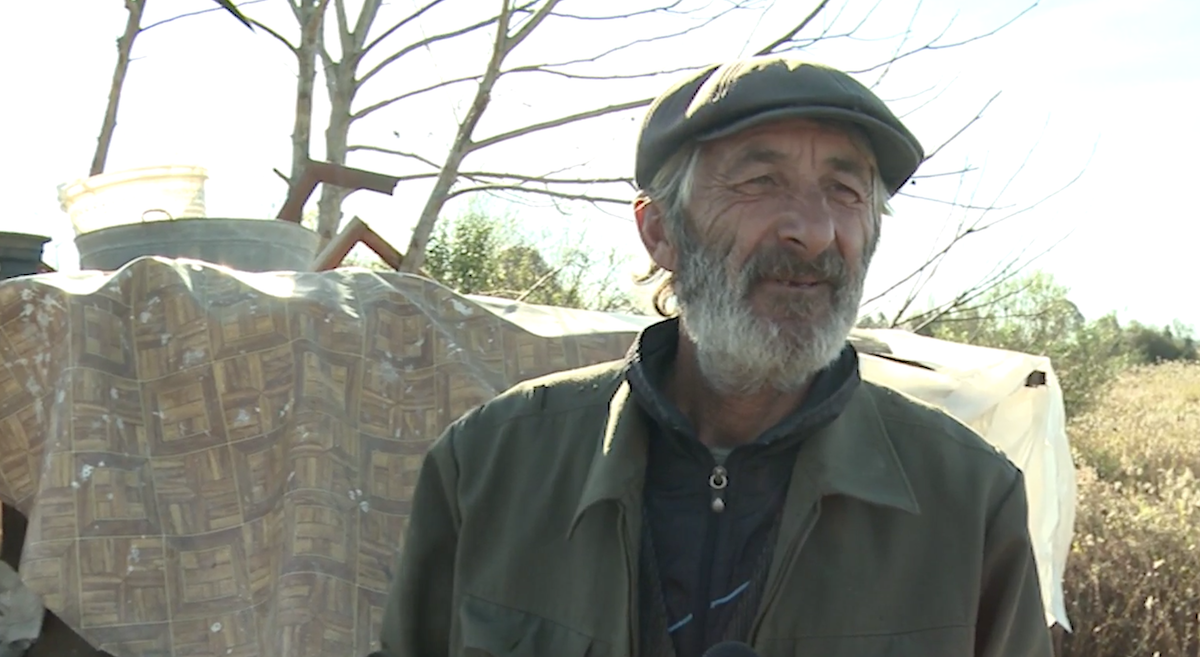 He built himself a hut from materials he found at the landfill. He also managed to furnish it with tables, chairs and dishes.

“As the landfill has grown in the past 10 years, so has my income,” he said.

any officials, including several deputies, came to the landfill during the protests. Some of them promised to continue to protect the interests of local residents.

In particular, MP Ahra Abuhba stated that he would bring up the landfill issue at every meeting, and would try to put forward the idea of opening a waste processing plant in Abkhazia.