"Russia will go on another campaign, its borders end nowhere"

Medvedev on Russia’s desire to take Georgia and Kazakhstan

A post by former Russian PM Dmitry Medvedev on Russia’s desire to take Georgia and Kazakhstan back into the Russian fold appeared on the social media network VKontakte and has caused an uproar. And not merely because of its content.

The most dangerous thing about this post is that the Kremlin really believes this.

"Georgia is 5,000 years old, and Russia is an occupier" – reaction in Tbilisi to Medvedev's post

An indignant reaction in Georgia to Medvedev’s post which declared that it should become part of Russia.

Many past events and statements speak to that, though the post itself was deleted after ten minutes, with subsequent disclaimers that hackers had hijacked Medvedev’s channel and, for some reason, written this provocative text.

The writing on the wall

The post said that “after the liberation of Kyiv and all the territories of Little Russia from gangs of nationalists… Russia will become united again […] We will go on another campaign to restore the borders of our Motherland, which, as you know, do not end anywhere.”

It also said that prior to 1801 Georgia did not exist, appearing only within the borders of the Russian Empire.

About the properties which Russia wants from Abkhazia – Commentary

What does Russia want to from Abkhazia? An extensive list of properties involving historical, territorial, and industrial concerns.

“North and South Ossetia, Abkhazia and the remaining territories of Georgia must be united as a single state with Russia,” the post thundered.

Medvedev also mentioned Kazakhstan — an “artificial state” and “former Russian territory”, while the country’s authorities are resettling various ethnic groups, which “can be classified as Russian genocide.” He goes on, “We are not going to turn a blind eye to this. Until Russians show up, there will be no order.” 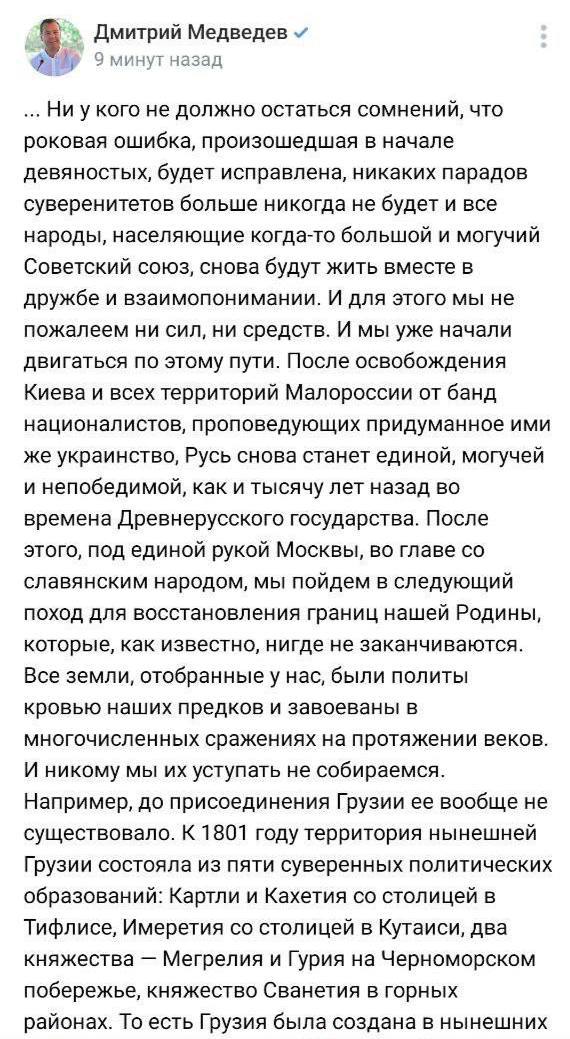 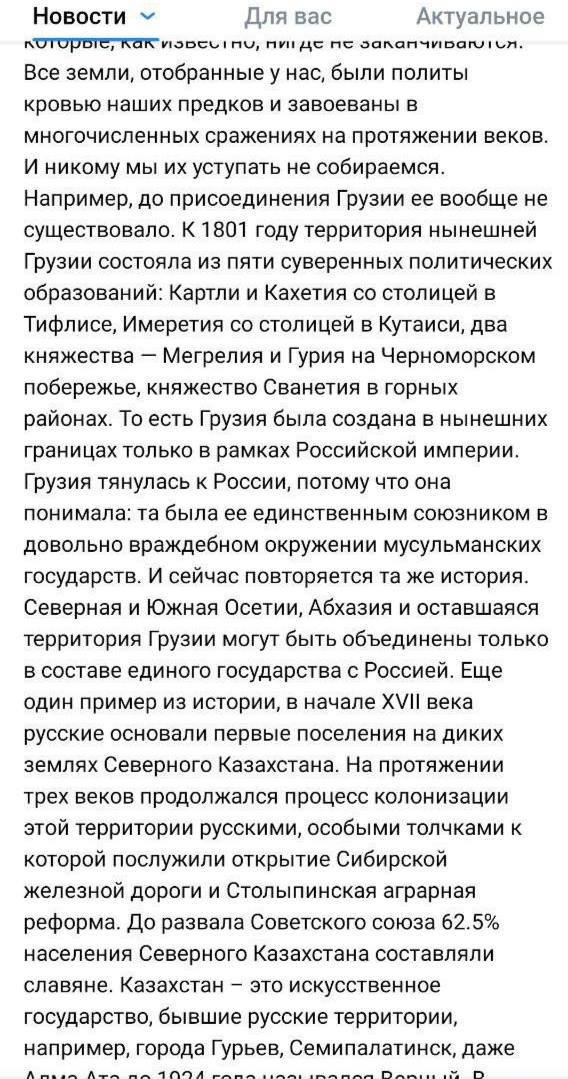 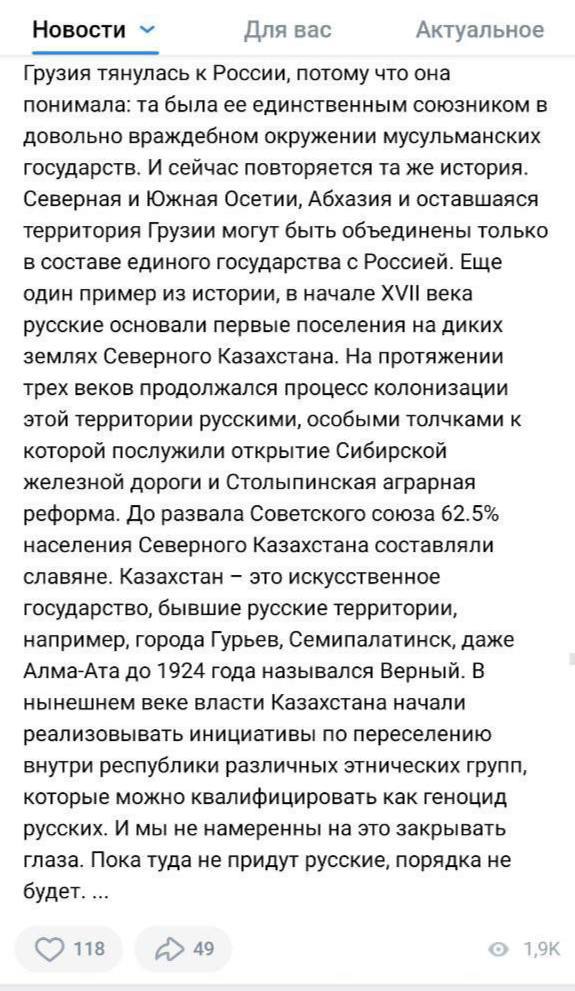 ● Margarita Simonyan’s husband, comedian Tigran Keosayan, called the Kazakhs “smart-asses” and said that it was time for them to decide who they were with; Keosayan was then banned from entering the country

The Institute of CIS countries, under the leadership of the same Zatulin, is now collecting a survey in the post-Soviet countries on how Russians are being infringed upon there.

Nothing but aggression is expected from Russia anymore. And they are ready to defend themselves.

Recently, the President of Kazakhstan, Kassym-Jomart Tokayev, stated in plain text, answering questions from Margarita Simonyan, the head of Russia Today: “We do not recognize quasi-state territories such as Donetsk and Lugansk.”

Kazakhstan has begun to look for workarounds in trade, sharply increase defense spending, and find new strategic partners — first of all Turkey, which will build its combat drones in Kazakhstan. But Tokayev is also looking for partnerships with Saudi Arabia, European nations and the United States.

From a strategic point of view, a hypothetical Russian invasion of Kazakhstan woulddo more harm than good. But after February 24, any rational hypotheses about Russia no longer apply.

The invasion of Ukraine and the massive propaganda effort in support of it have awakened not only among politicians, but also among a considerable part of society, the desire to collect the former lands of the USSR again into one state.

All ethnic groups in Russia are now “Rossiyan”

Even before the war, xenophobia, or at least a condescending attitude toward other peoples on the part of Russians, was a serious problem. Now the substitution of the term “Russians” (русский), an ethnic designation, by the term “Rossiyanin” (россиянин), a national designation, has begun with the intent to drive everyone under it.

In the video below, people first state their ethnicity, then state that they are all, nevertheless, Russian. Then in unison they swear allegiance to President Putin.

This is an extremely dangerous situation. Any future statement by Russian politicians and propagandists, be it real or fake, can lead to unpredictable political consequences.

It is time for Russia to finally understand that any of its provocative statements in relation to neighboring countries only increases the foul odor surrounding it, and begins to confuse even those who are normally taken in by the propaganda of the “big brother”.

Medvedev on Russia’s desire to take Georgia and Kazakhstan