In Minsk, the capital of Belarus, protests against plans to integrate the country with Russia continue.

The demonstrators again took to the streets despite the fact that at a meeting of the presidents of Belarus and Russia on December 7, contrary to expectations, no documents were signed on the further unification of the two countries. 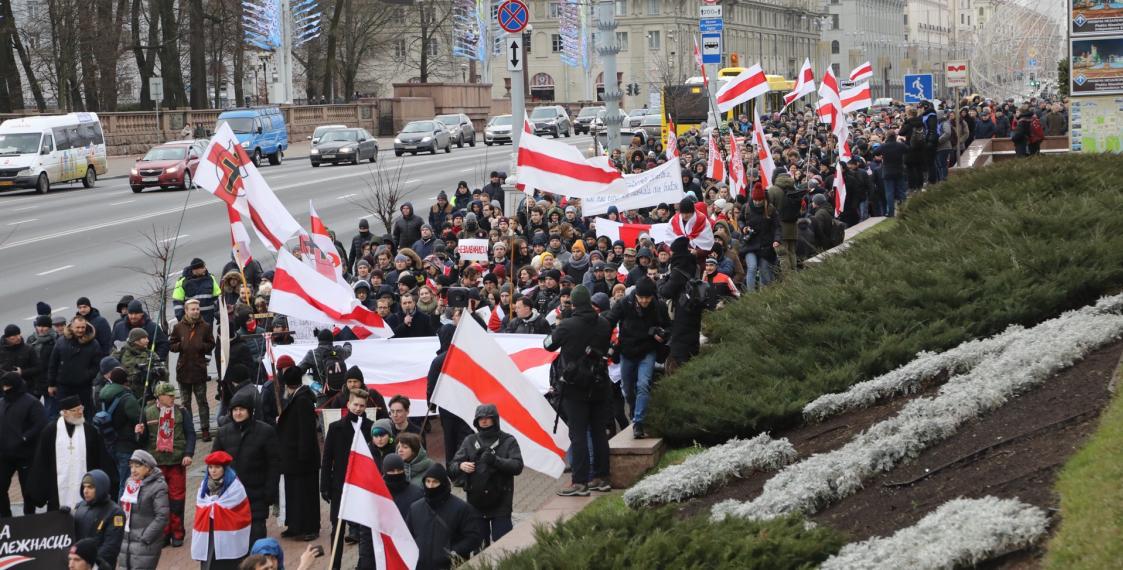 The protest in Minsk. Photo: TUT.by

According to Evroradio, on Sunday October 8, another unauthorized rally was held in Minsk against the integration of Belarus with Russia. Hundreds of people came to October Square. The main slogans were: “No to the Anschluss!”, “No alliances with imperial Russia!”, “Long live Belarus!”.

• Op-ed: the president of Russia is preparing for a life-term in office and we should all keep quiet about it

The protesters voter in favor of a rally resolution, in which they declared “the illegitimacy of all agreements” signed by the current leaders of Belarus and Russia.

Also, the protesters urged the international community to show solidarity with the Belarusian people, recognise all agreements between the Lukashenko and Putin regimes as illegitimate, ”and, if necessary, introduce additional sanctions against them.

Then a column of protesters against integration came to the Russian embassy. Special forces were mobilized at the building.

The reason for the demonstrations was the meeting in Sochi of the presidents of the two countries, Alexander Lukashenko and Vladimir Putin, on December 7. In honor of the 20th anniversary of the signing of the treaty on the creation of the Union State of Russia and Belarus, at this meeting it was planned to sign a package of documents on “deeper integration”.

Basically, the package provides for the unification of markets and a common economic and social policy.

However, shortly before the meeting, some media claimed that it was planned to conclude an agreement, including the creation of a “common parliament and government.”

It was this information that aroused the indignation of the opponents of integration. On December 5, Alexander Lukashenko himself denied the possibility of signing such an agreement.

According to the President of Belarus, the parties are not conducting dialogue on political issues, for example, on the creation of a single parliament. He also said that “no one will ever sign documents that will harm us.”

As a result, Lukashenko and Putin at the meeting on December 7 did not sign any documents on integration and did not even reach the press. The next meeting of the heads of Belarus and Russia is scheduled for December 20.

Opponents of integration are also preparing for this day, who are planning another rally.

The union state – what is it?

Officially, the Union State of Russia and Belarus is a supranational formation of the Russian Federation and the Republic of Belarus, with a uniformly organized political, economic, military, customs, currency, legal, humanitarian and cultural space.

The agreement on its creation was signed in 1999. Thanks to the agreement between the countries, the border is actually open, and Belarus enjoys a number of privileges concerning Russian energy resources and access to the Russian market.

However, until today, the parties have not agreed on a single currency and common political structures.