The report provides an overview of the factors having an impact on the prices of real estate. JAMnews, in partnership with TBC, provides key findings of the report. 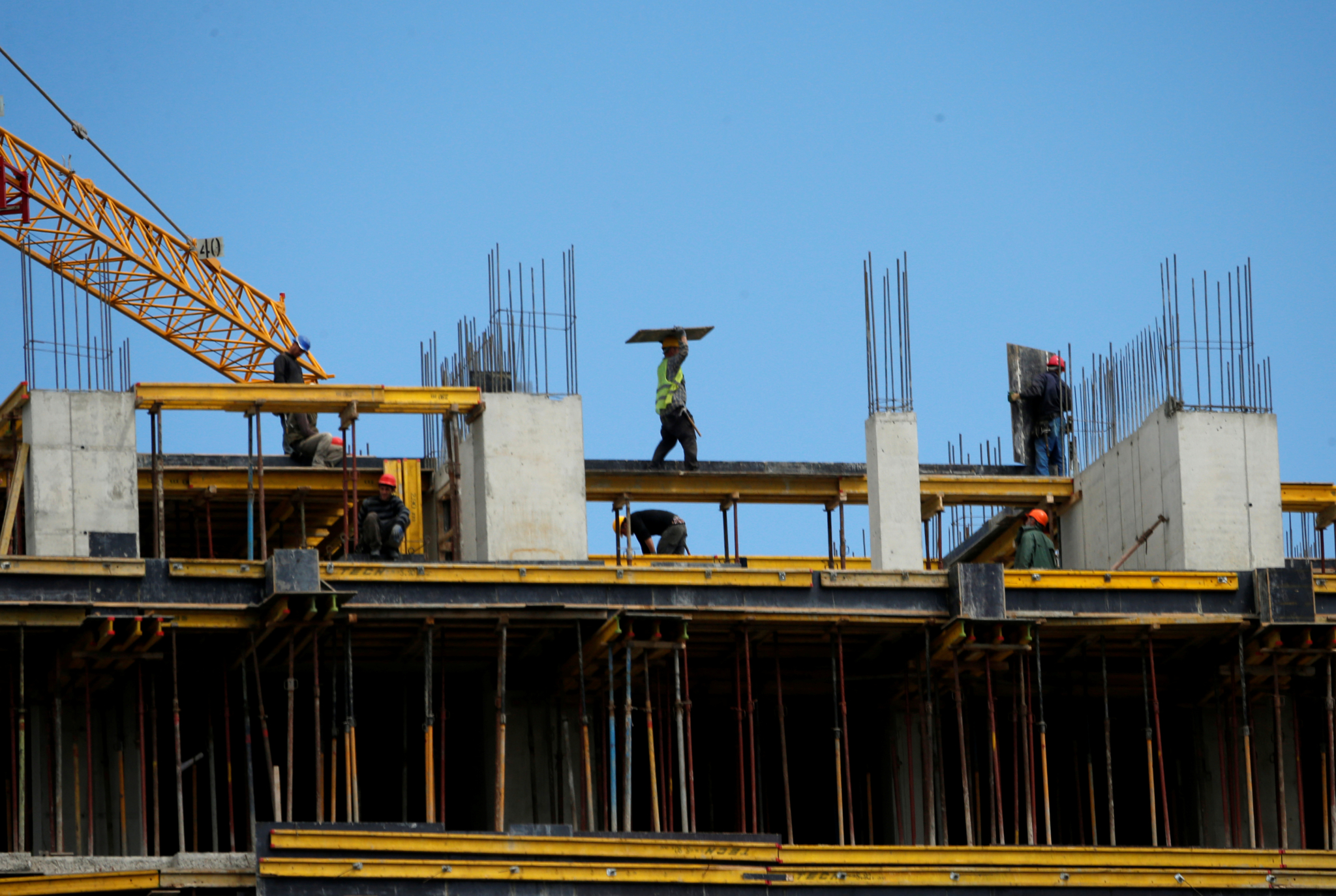 According to the research, the Tbilisi Housing Fund consists of 290 000  flats covering 21,640,000 square metres. Hundreds of new residential buildings have been built in Tbilisi over the past 28 years. However, buildings built after 1991 constitute only 19% of the city’s housing fund. The rest of the 81% account for the sites constructed before 1991. 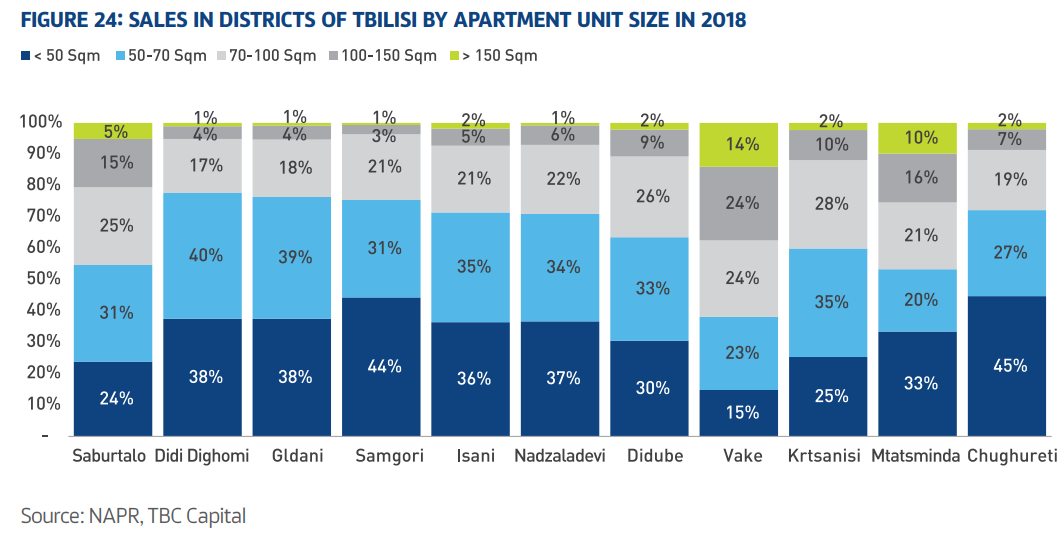 The average prices of flats, by category, are as follows:

There is no adjusted statistical information on the residential flat rental market, since a significant part of this market is formed by informal transactions. According to the report of TBC Capital, in the legitimate segment of this market, the average rental cost increased by 1.6% in 2018 and reached $ 5.34 a month per square metre.

Growth was observed in short-term rental accommodation – Airbnb and Booking.com. During the year 2018, 8,660 and 5,331 new offers were placed from Tbilisi.

The authors of the report predict that there will be several factors affecting real estate prices in the future which will partially balance out one another.

With increased access to mortgage loans, thousands of people have been able to afford real estate. According to TBC Capital Research, the mortgage loan portfolio increased by 31% in 2016-2018.

However, since January 2019, new banking regulations entered into force and the banks are restricted to issue a loan without a detailed analysis of the income of any applicant. At the same time, the income groups were defined and the maximum coefficient for a loan service was established for each. A single ceiling has been also established – the period of the mortgage loan should not exceed 15 years.

The four income group categories and the limits determined for each are as follows:

1 In the event of an income up to the amount of 1000 GEL per month, you will be able to get a loan and monthly payments which do not exceed 35% of your income (350 GEL in case of maximum income);

4 More than 4000 GEL per month, you will be able to get a loan with monthly payments which do not exceed 60% of your income.

The enforcement of these regulations reduced the number of citizens who could potentially take out a mortgage loan.

According to TBC Capital estimates, the income of a citizen should be at least 4,800 GEL to meet the requirement of these regulations in order to successfully service a mortgage loan to the amount of 127,000 GEL, which is necessary for procurement of a mid-size 65 square metre apartment.

Consequently, the restriction of a potential demand will have a negative impact on the real estate prices.

•Subway, Railway, Electricity – Promises that the Georgian population got a week before the elections

Construction Regulations and Increase of Self-Cost

According to the research, supply to the Tbilisi real estate market will be reduced from 2021, caused by the tightening of the issuance of construction permits by the City Hall.

Another substantial change is the trade restriction by K2 coefficient, which is reflected on the height of the buildings and reduces delivery.

On 15 March 2019, Tbilisi adopted the Land Use Master Plan, which limits developers with additional frames and potentially reduce the areas, where in other cases intensive development could be possible.

Regulations for the quality control of construction materials will also reflect on the market, leading to an increase in cost for developers of real estate.

As of 2017, 42% of the Georgian population live in rural areas. Urbanization is growing at a slow pace which affects the real estate market. Between 1994-2017, this figure increased by 5%, which means that the number of city residents is increasing by several thousand people.

Economic development and the number of members living in an average family are directly related. The richer the country is, the more people can afford to live independently. In Germany for example, 2.1 individuals live in one household, in France – 2.3 and in Russia -2.6, while in Georgia this figure is significantly higher – 3,1 individuals. Therefore, further economic development of the country will give thousands of people the opportunity to buy their own home.

This process is ongoing at a slow pace. For instance, in 2004, in average of 3,4 people lived in one household in Georgia.

According to TBC Capital research, another factor that affects price increases, is tourism. Short-term online rental platforms, such as Airbnb and Booking.com, made it possible for owners to transform their real estate into a lucrative source of income

With the growth of tourism, it is expected that more and more people will be involved in online short-term rentals, which will increase the demand for real estate.

Investment in real estate necessarily requires a long-term strategy, as the main profitability of this asset is reflected in the income generated in a stable, but long period of time.

RENTAL YIELDS IN TBILISI VS. DEPOSIT AND MORTGAGE RATES 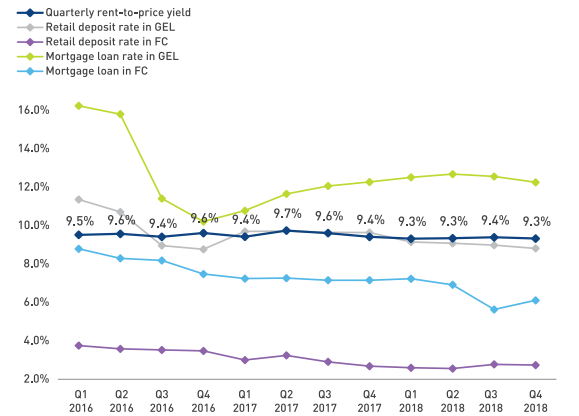 In other words, this means that a citizen can buy real estate for $ 35,000, rent it out and get a stable income. The amount of money spent for the procurement of the property could be recovered in about 10-15 years. According to the forecasts of the authors of the research report, in this way the owner receives a monthly return on their initial investment and at the same time owns the property of which the value is higher than when purchased.