What is Russian politician, Alexei Navalny, prepared to offer the Caucasus as a presidential candidate? What kind of Caucasian program will emerge from Navalny’s statements, what are his initiatives regarding the Caucasian element? The Caucasian Knot has come up with ten points. 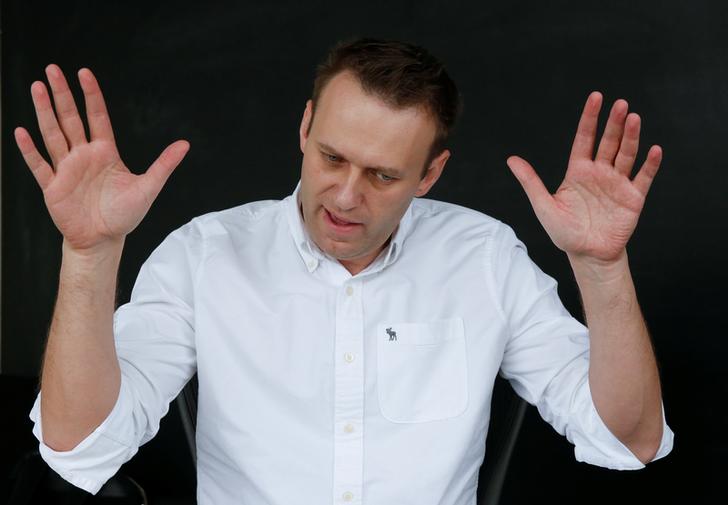 In September 2011, Alexei Navalny supported a nationwide campaign of Russian organizations under the slogan ‘Stop feeding the Caucasus’.

Navalny connected the problem of terrorism specifically with an inappropriate policy of financing the Caucasus:

“I believe that we need to end the system of financing the Caucasus which has led to us feeding these insolent, fattening elites. The absolutely impoverished local population looks at these elites and sees that it’s necessary to go into a forest with a submachine-gun to fight them.”

As one of the provisions of his presidential program, Navalny is calling for the return of direct gubernatorial elections in Russia. For the Caucasus this point may turn out to be the most relevant and controversial. After all, there are many regions whose leaders are not elected through direct elections, but through parliament in the republics of the Russian North Caucasus.

FREEDOM TO NOT WEAR A HIJAB

Navalny considers it inappropriate for Muslims to be forced to wear headscarves in public institutions and state bodies in the North Caucasus.

“I am positively opposed to what is happening in Chechnya when they force all women to wear headscarves. You turn on Chechen television, and all program hosts are wearing headscarves. I believe that there is no need to force them to do that. I’m not forcing everyone to fast because there’s an Orthodox Fast right now,” Navalny stated in March 2017.

In November 2015, the Plato system, a fare charged for heavy vehicles on federal roads, was put into place in Russia. A large wave of protests and strikes which were especially large in Dagestan swept across the country in 2017.

“Why, when the government is helping state monopolies against a background of unprecedented generosity, does a new tax need to be introduced to truckers? This is wrong, unfair, and illegal,” said Navalny.

In March 2011, Navalny criticized the Finance Minister of Dagestan, Abdusamad Hamidov’s decision to buy himself an expensive car worth 8.5 million rubles (EUR 1.2 million) as a state purchase:

“Why does the minister of such a poor republic need to drive such a thing? … Massive unemployment. A pile of real problems. Even decent people, who honestly want to work, can’t do it. Dagestan is always begging for money from the center and blackmailing with an increase of terrorism, but at the same time it throws away eight and a half million for a rank-and-file official, which is a whole heap of money,” Navalny wrote on his Live Journal blog.

Soon after the official denied buying the expensive car.

OPPOSE THE ‘SHARIA ARMY’ OF KADYROV

Navalny repeatedly stated that Ramzan Kadyrov, the leader of Chechnya, has in fact created his own ‘Sharia army’ with the financial support of Moscow.

“The Islamic movement has not risen among the people, it has been planted as an element of government by Kadyrov. He cannot openly conduct an ideology that ‘we are tough guys with machine guns’, so let’s all pay money. He’s wrapped it in the package of Islam, and they all go praying endlessly etc.,” Navalny stated.

In September 2014, Navalny proposed introducing the concept of ‘illegal enrichment’ to Russia’s Criminal Code, to bring officials who cannot explain the sources of their income covering their real expenditures to justice. Navalny accused leaders of the North Caucasus, especially the clan of Ramzan Kadyrov, of illegal enrichment.

Navalny talked about the Russian President’s Press Secretary, Dmitry Peskov’s 26 million roubles per week honeymoon on a yacht. According to him, the yachting holiday was a ‘generous gift’ from Ziyaudin Magomedov, a native of Makhachakala, owner of the ‘Summa’ group of companies and one of Russia’s richest businessmen.

One of the most notorious events in the Caucasus was a large-scale rally in Grozny in September 2017, demanding the protection of Muslims of the Rohingya people in Myanmar who have been victims of a wave of violence and persecution by the Buddhist majority.

Commenting on the Muslim protests, Navalny said that he considered the demand to protect the Rohingya people right, but he pointed out that Russia’s leadership is also responsible for the outbreak of violence.

INDEPENDENCE OF SOUTH OSSETIA AND ABKHAZIA

In August 2008, Navalny advocated for a military solution to the conflict, thereby supporting Russia’s actions against Georgia:

“In modern conditions, authority is based only on force and the ability to apply this force reasonably and where necessary. I am certain that now it is just ‘necessary’.”

During the periods when the situations escalated, Navalny suggested providing military and financial help to South Ossetia and Abkhazia, declaring South Ossetia a no-fly zone, and immediately shooting down all aircraft appearing in that zone. He also suggested blocking Georgia completely, stopping any communication with them and expelling all Georgian nationals from Russia.

Navalny advocated for ‘the introduction of visa agreements with all countries that are sources of mass migration to Russia’. These countries include Central Asia and the South Caucasus.