The police stormed three nightclubs in Tbilisi at about 00:30 on 12 May.

The Minister of Internal Affairs said that the operation was conducted against drug dealers. TV company Rustavi-2 broadcasted images of people being taken out of the clubs, with some having had their clothing torn. The live broadcast showed dozens of people being detained. Several of the founders of Bassiani nightclub were arrested and the club itself was shut down and sealed up.

Eye-witnesses in Bassiani told journalists that the police were aggressive and that they [the police -ed] themselves spread narcotic substances in the club.

At dawn, the Ministry of Internal Affairs released an emergency announcement, stating: “Investigative measures were conducted over the course of three months in order to identify cases of drug sales in Tbilisi clubs Bassiani and Gallery. On 12 May 2018 … measures were taken to arrest eight drug dealers.”

Public defender Nino Lomjaria arrived at the scene at Bassiani, where she said that she supported maintaining active contact with representatives of the Ministry of Internal Affairs in order to receive more information about the operation.

“I have received the information broadcasted by the media. My representatives have already been to the detention centres. I support holding a direct line of contact with the Ministry of Internal Affairs. I have a number of questions concerning the format of the operation and its necessity,” Nino Lomjaria said.

Several hundred people gathered outside Bassiani night club. They went by foot along Rustaveli Avenue to the parliament building. 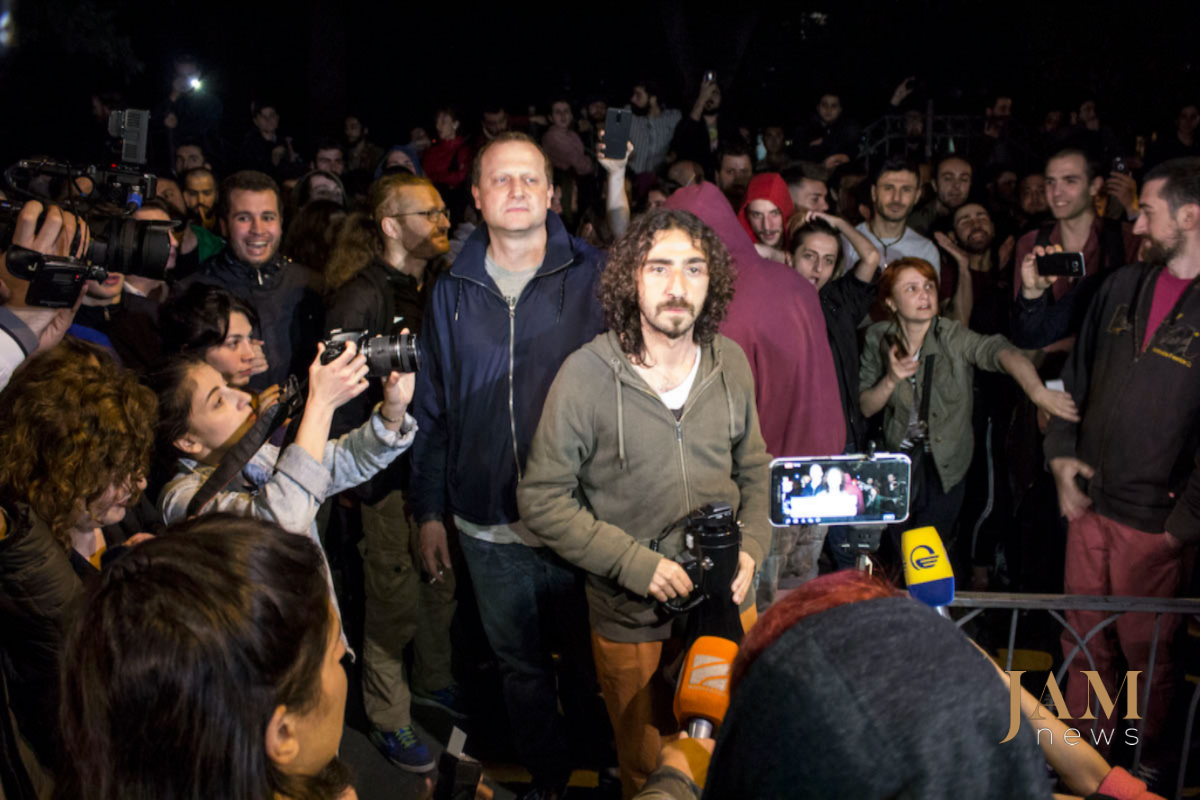 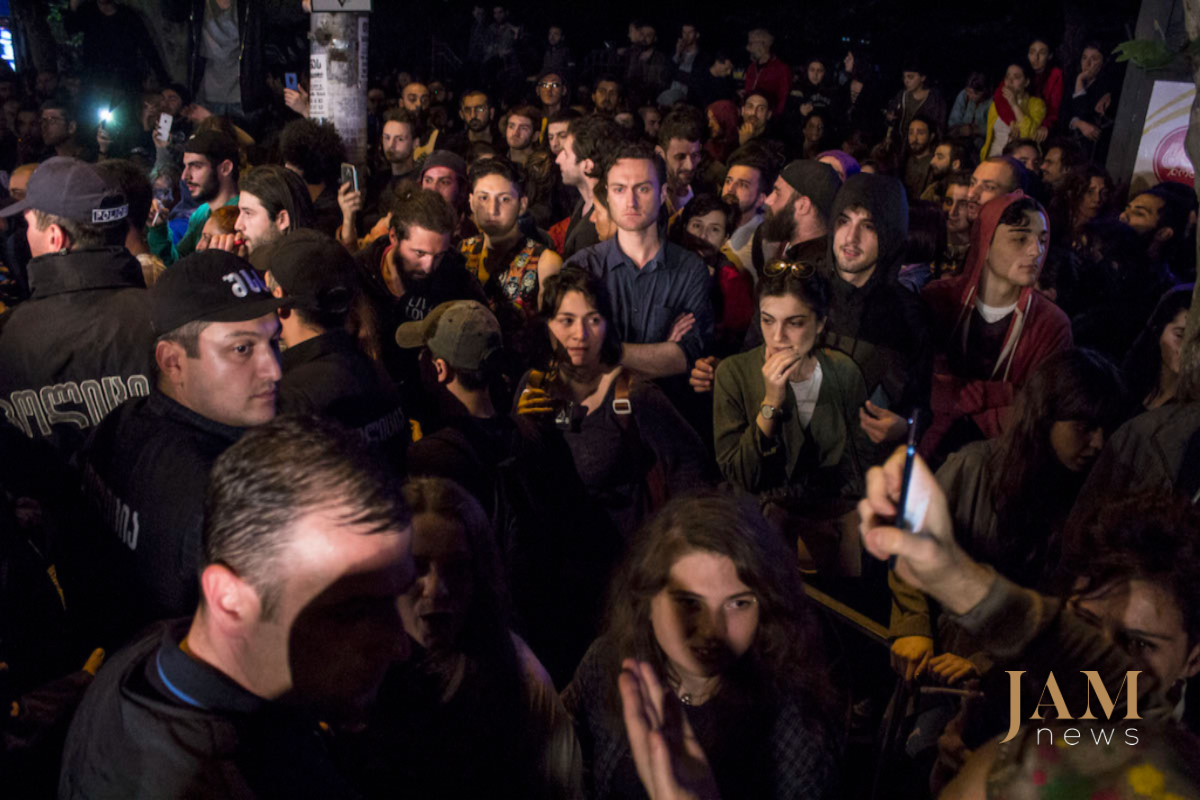 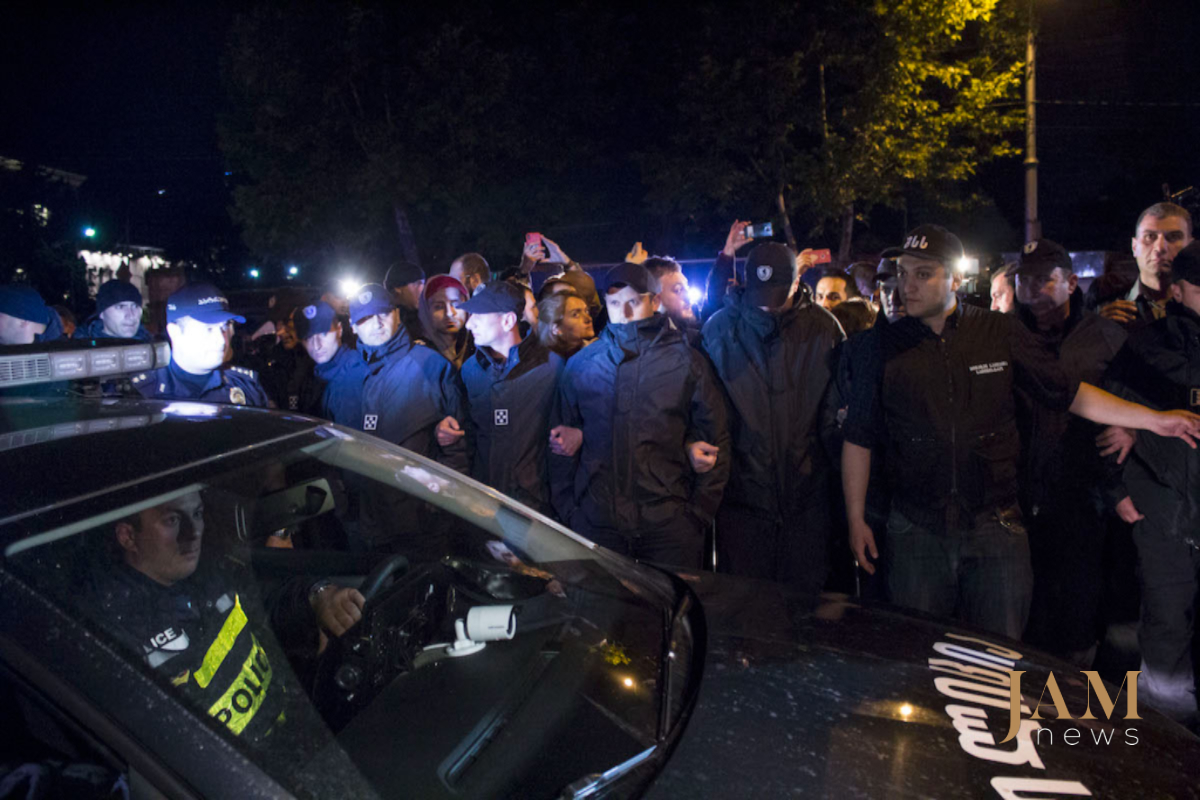 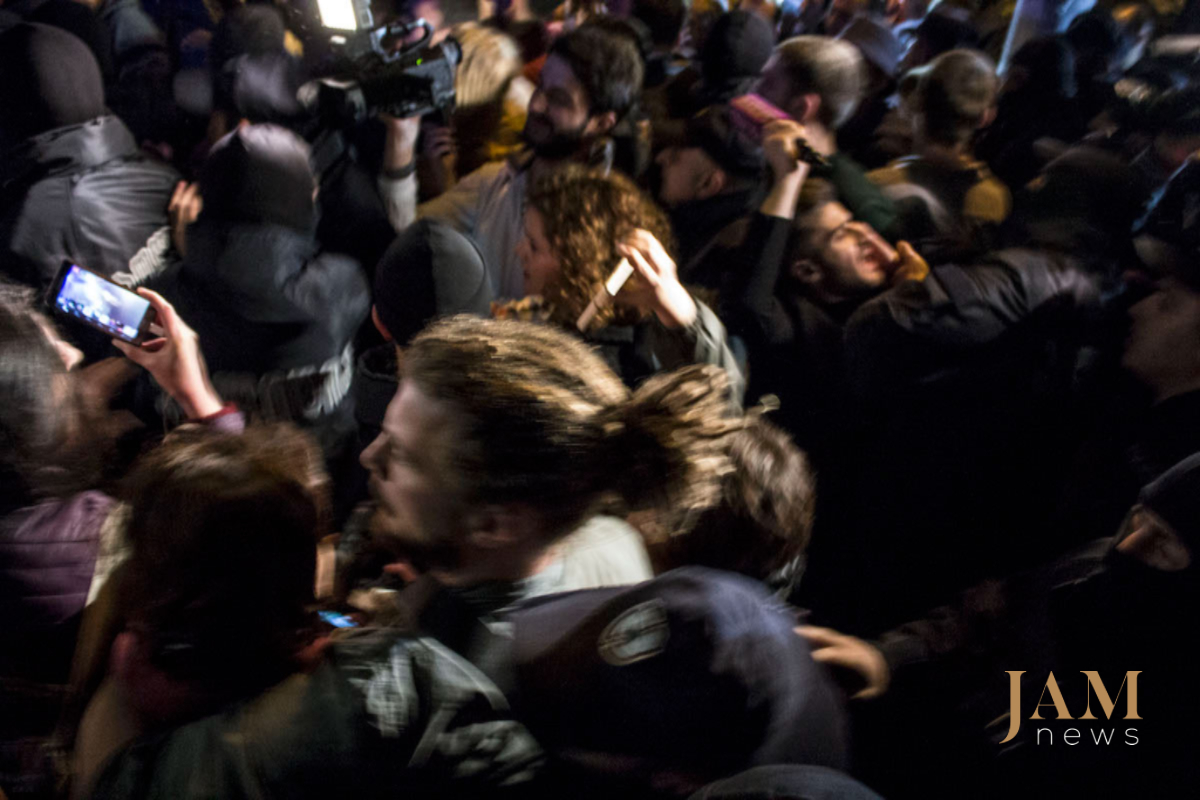 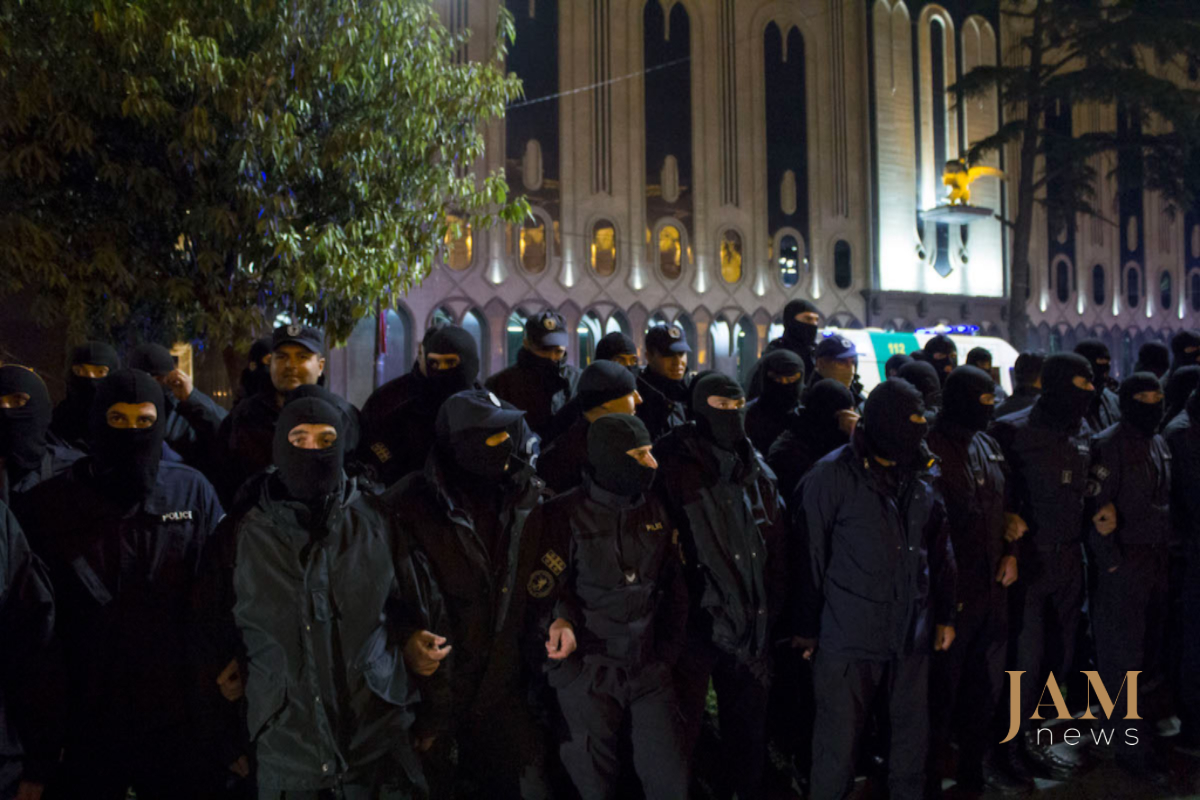 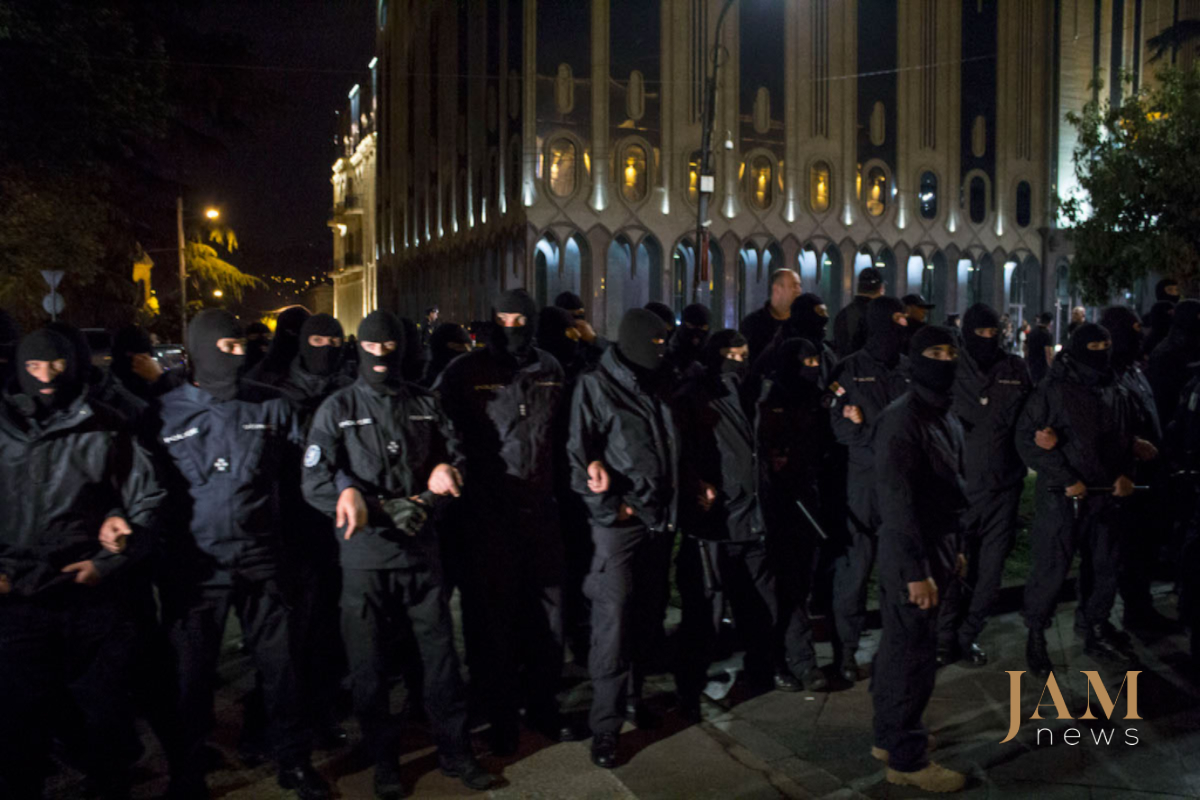 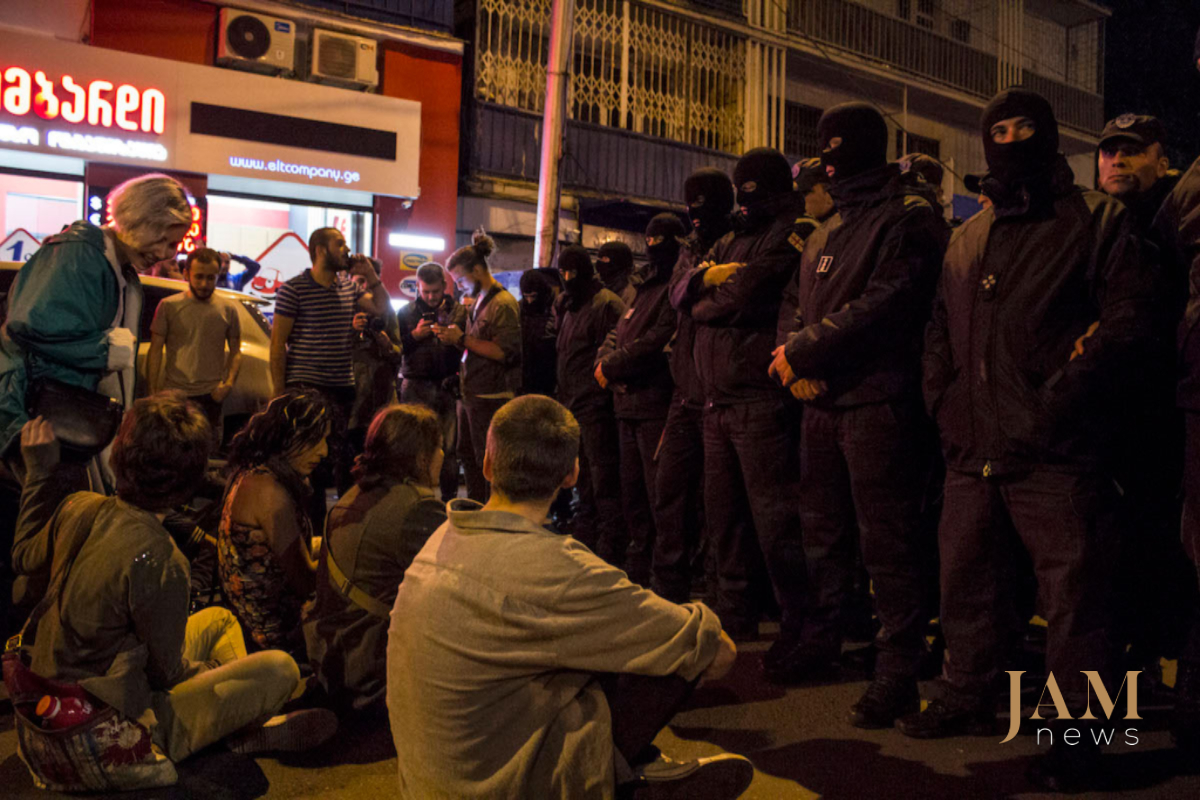 At four in the morning a spontaneous demonstration took place, which resulted in several run-ins between police and demonstrators after which several protesters were detained. At about five in the morning the central streets of Tbilisi – Tsereteli and Rustaveli – were full of police. The demonstrators said that they will continue their demonstrations in order to force the authorities to liberalise the country’s drug policy. 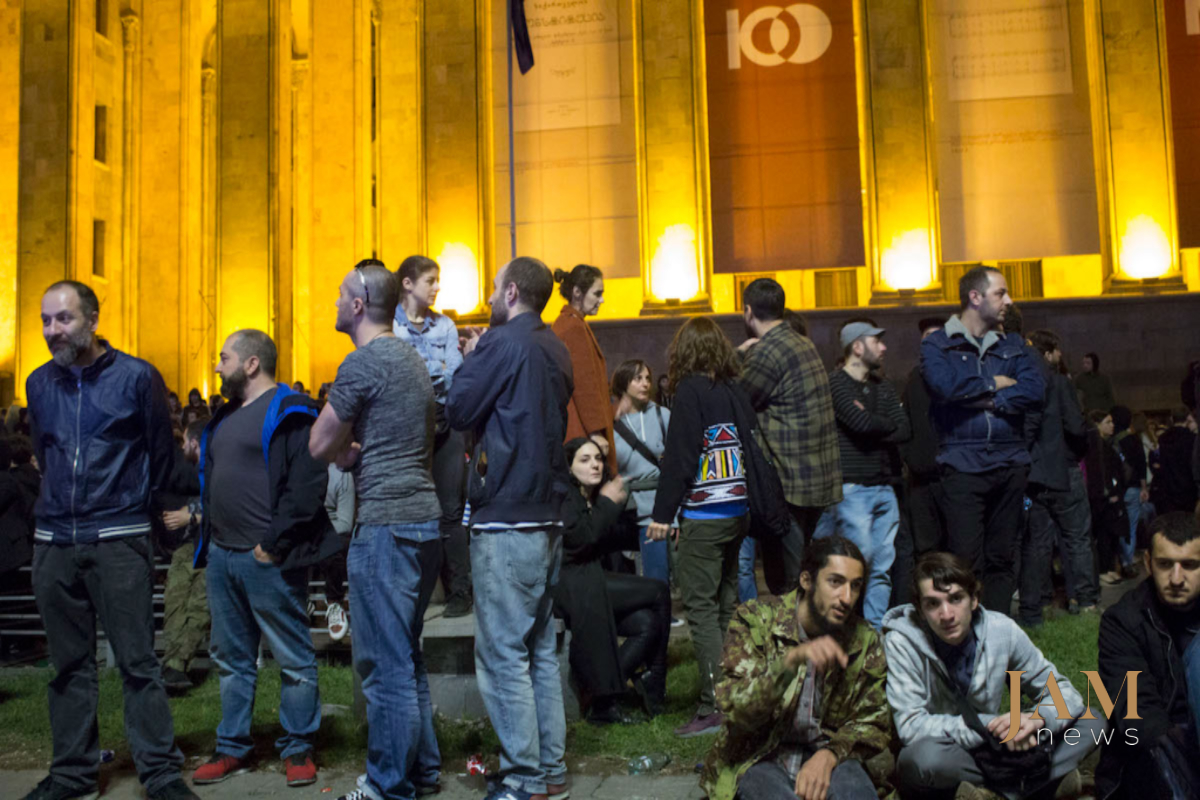 The club raids were preceded by several tragedies; at least five have died and 10 have been hospitalised with heavy intoxification after taking an unknown drug.

All the tragic events were associated with various night clubs in Tbilisi. After these events, several politicians and the media began an active campaign against night clubs. The Ministry of Internal Affairs in turn announced that it would step up the fight against drugs and drug-related crimes.

Georgian Facebook users have reacted strongly to the event. Some justify the operation:

“Users go to prison! And users should get administrative punishments!”

But many believe that the manner in which the state is dealing with the situation will bring harm to the image of the country.

“Young people came to dance, and then special forces storm the place!”

“Tourists see all of this. What a shame.”

“What a regular St Bartholomew’s Day massacre. What a nightmare.”

Many see a connection between the operation and the recent appointment of former prime minister Bidzina Ivanishvili to the position of chair of the ruling Georgian Dream party. The main aim of the operation, many say, was not to target drug dealers but to discredit the mayor of Tbilisi, Kakha Kaladze, who has become very popular and who is actively supporting night life in Tbilisi and the development of night clubs.

“Having returned to politics, Bidzina let everyone know on his first day who the real boss is, the king, the mayor of Tbilisi and all of Georgia.”

“Kaladze, where are you? Your night economy has fallen apart!”

“Now they’ll put several drug dealers away. Then Kaladze will come and will offer his apologies for the discomfort caused and all of society will agree with the idea that this is all being done for our own good.”