Op-ed: “Georgians have chance to rethink past, rebuild relations with Ossetians” 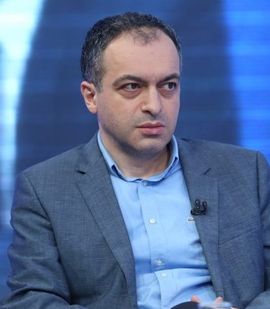 Political scientist, professor at the Georgian Institute of Public Affairs (GIPA) Tornike Sharashenidze commented on his Facebook page on the high-profile story of the arrest and release of Georgian doctor Vazha Gaprindashvili in South Ossetia.

Tbilisi Doctor Vazha Gaprindashvili was detained in the Georgian-Ossetian conflict zone on November 9, 2019.  Tskhinval/i claimed that he ‘violated the state border’, The Ossetian authorities also distributed an audio recording, which, in their opinion, suggests that Vazha Gaprindashvili was cooperating with the Georgian special services.  According to the Georgian authorities and the media, Gaprindashvili, while in prison in Tskhinvali/i, stated that there was no state border in the conflict zone and he had not committed any crime.

On December 20, he was sentenced to one year and nine months in prison. The international community has been actively involved in negotiations to free the doctor. On December 28, according to information from the Osinform South Ossetian news agency, the president was pardoned by the president of South Ossetia Anatoly Bibilov. On the same day he returned home.

Political observer Tornike Sharashenidze commented on the event on his Facebook page thus:

“I think that the story of Vazha Gaprindashvili gives us another chance to establish relations with Ossetians.

I grew up in a courtyard where there were two Ossetian and two Georgian-Ossetian families living there. No one distinguished them from Georgians. And then everything changed, and this is our fault.

“At some point we’ll have to admit that we made mistakes.  We must admit that we did something wrong to the Ossetians. If it were not for our own mistakes and stupidities, no external enemy could do us so much harm. In general, it is common for losers to blame an external enemy for their troubles.

“Vazha Gaprindashvili was there among ordinary Ossetians, ordinary people [ed. when he was arrested in South Ossetia from November 9 to December 28, 2019].  They have their own understanding of what happened after 1989 [ed. the Georgian-Ossetian armed conflict]. We do not like the way they see the situation. In this vision, Georgians look pretty bad. But, despite this, they were ready to make compromises.

“They expect from us a normal understanding of what happened and a sincere recognition of our mistakes.

“I am sure that if this happens, then there is a chance to improve relations, and no third forces can prevent this.  Georgians have no closer people than Ossetians. And because of geography, they don’t have the opportunity to leave the Georgians somewhere [behind].

“If this does not happen, nothing will change for us for the better. And we will continue to live in myths. Whoever blames Tskhinvali and Abkhazia, they would do  better to think about not losing what they still have”.