The ‘rolling‘ cafés and stores that have already made their appearance in other countries have finally come to the capital of Armenia. The creators of the mobile café and store admit that for locals, it is still a bit strange to buy t-shirts or to drink coffee in a bus. 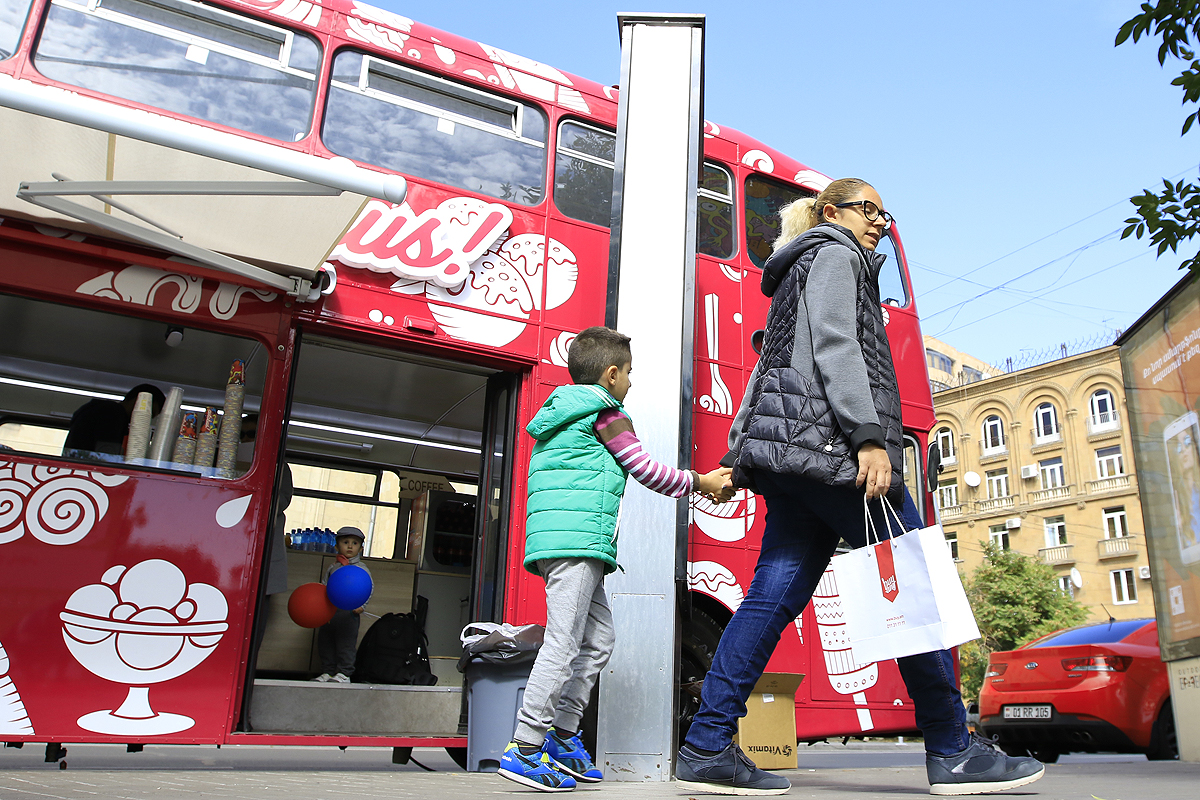 Rafael Kazaryan, 21, is the owner of a pink, two-story café. Several years ago, he was in the UK and was inspired by the well-known London two-story buses. And he brought one of them to Yerevan.

• A photo-story on Yerevan’s painted arches 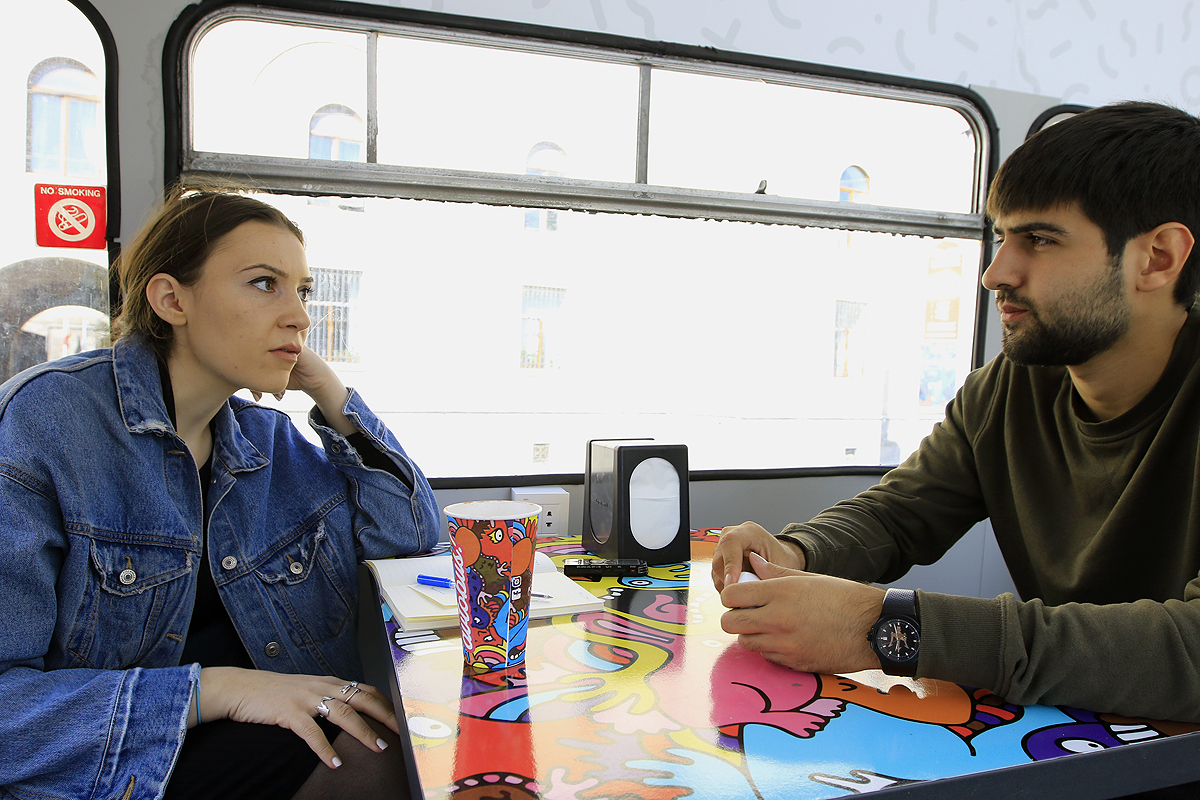 “I bought the bus from a London fleet. It was in a half-broken condition. It’s from 1970, rather old. Only the motor was functioning. I needed five months to turn it into a café for 20 people. The design I made myself. First, I wanted to paint it the same red color that it was, but then I thought that pink would better suit Yerevan with its buildings constructed from the pink tufa [limestone],” says Rafael. 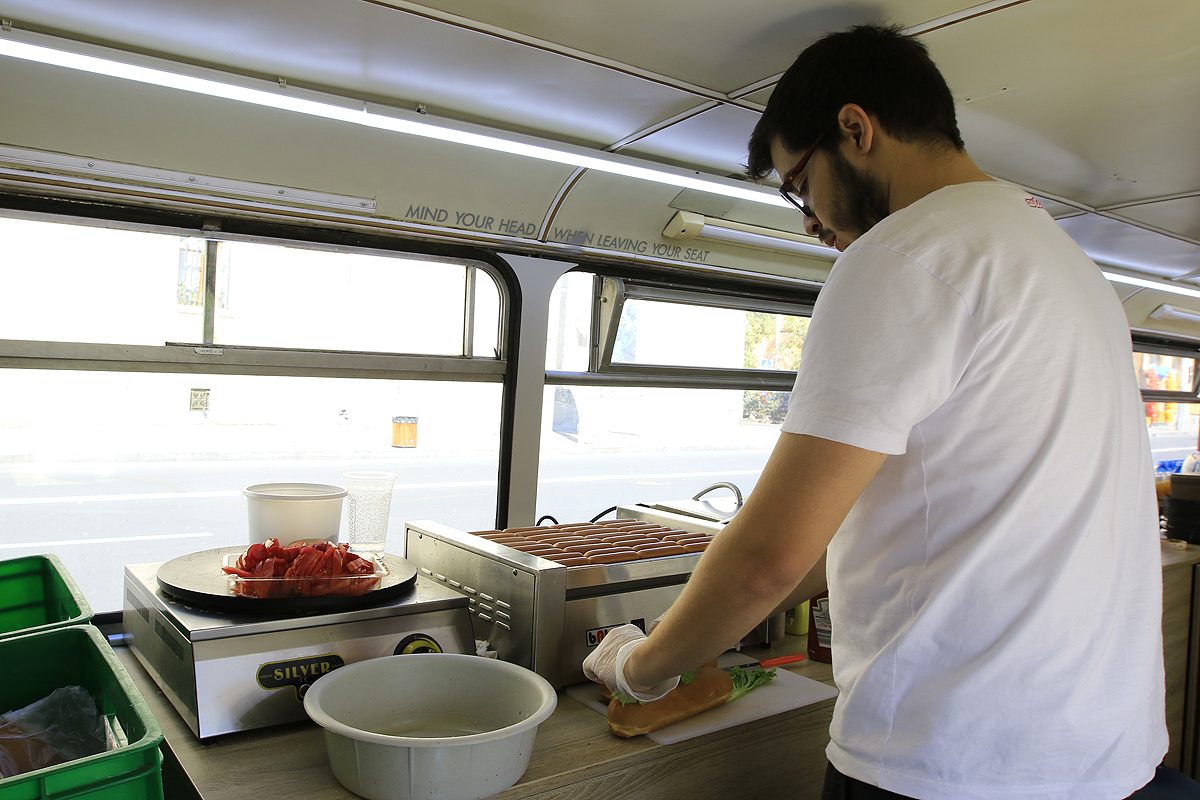 It didn’t take long for him to come up with a name. He says that he decided from the very beginning that the name of the mobile café should be simple and easy to remember: Avtobus.

His menu is not exactly original: salads, sandwiches, coffee and tea, with fair prices. 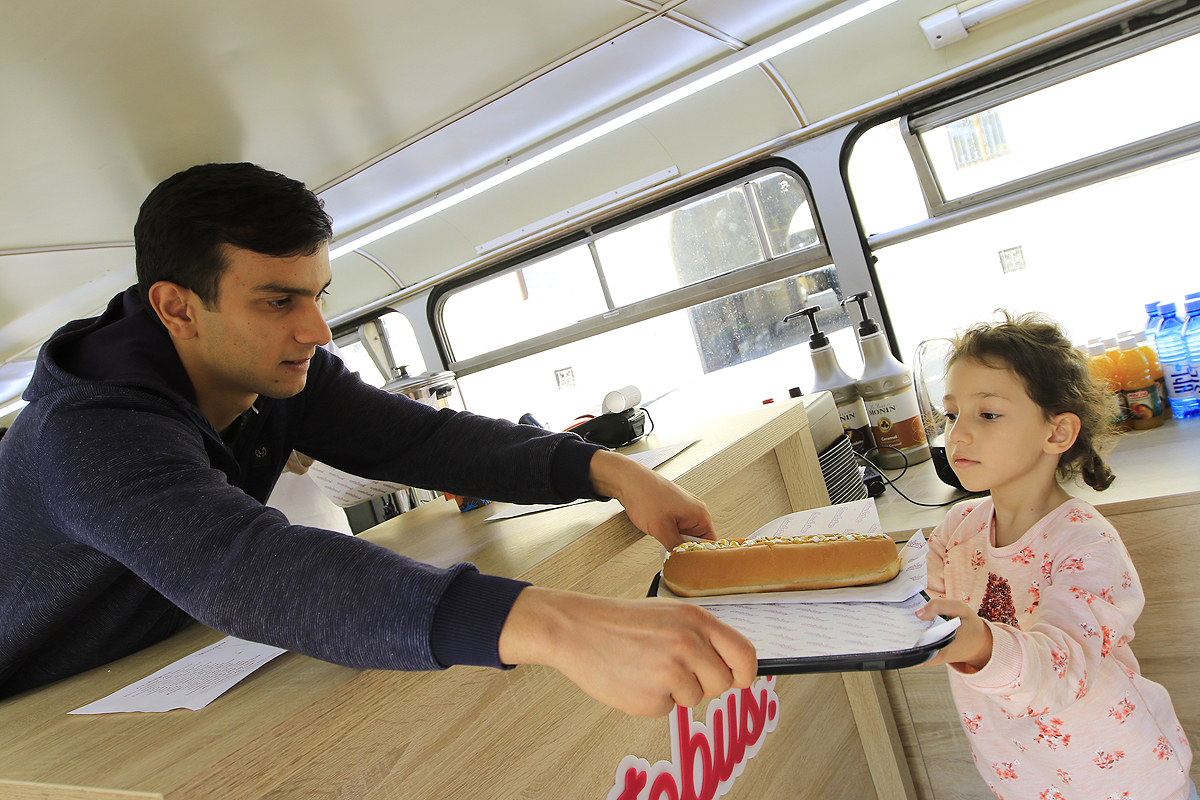 Avtobus generally parks in the center of Yerevan on Republic Square, on the same basis that other automobiles park. Accordingly, Rafael has to pay a tax every month in order for the vehicle to be able to stand in the parking lot. Sometimes the café moves to another part of town – closer to the American University, which is also located in the central part of town. However, when it comes back to the square, it can be hard to find parking space.

“This is not our own – constant space. When we take ‘Avtobus’ to the American University, other cars might be parked there, and then we wait for them to leave,” he says.

He noted that people often smile when they see the pink ‘Avtobus’. He says it’s good that it brings about positive emotions in people, even if they don’t come inside for a cup of coffee. 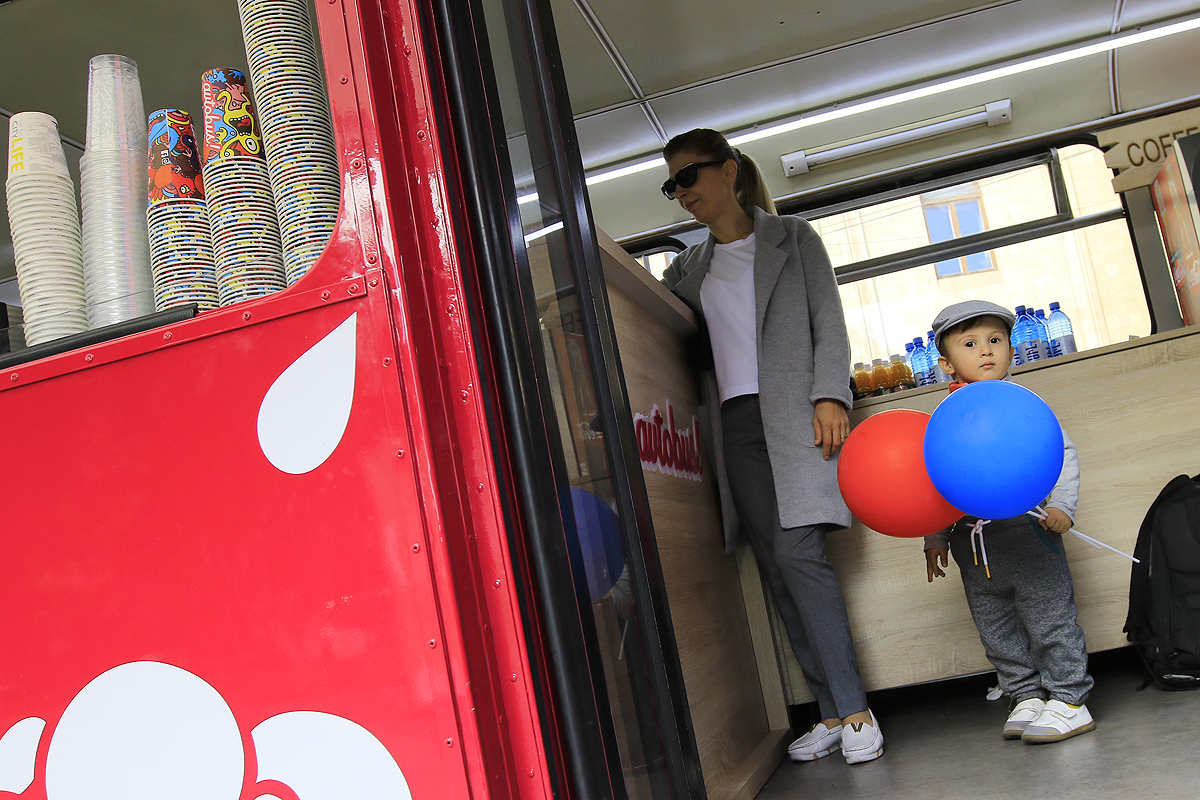 “We don’t have regular customers. Our clients are mostly random strangers. The employees of a nearby ministry often come in for a break to have lunch. Local residents that have seen photographs of the ‘Avtobus’ on the internet also come in, having decided to try a cup of coffee on the second story. Tourists also often drop in because the vehicle is in an active tourist area of the city,” says Rafael. 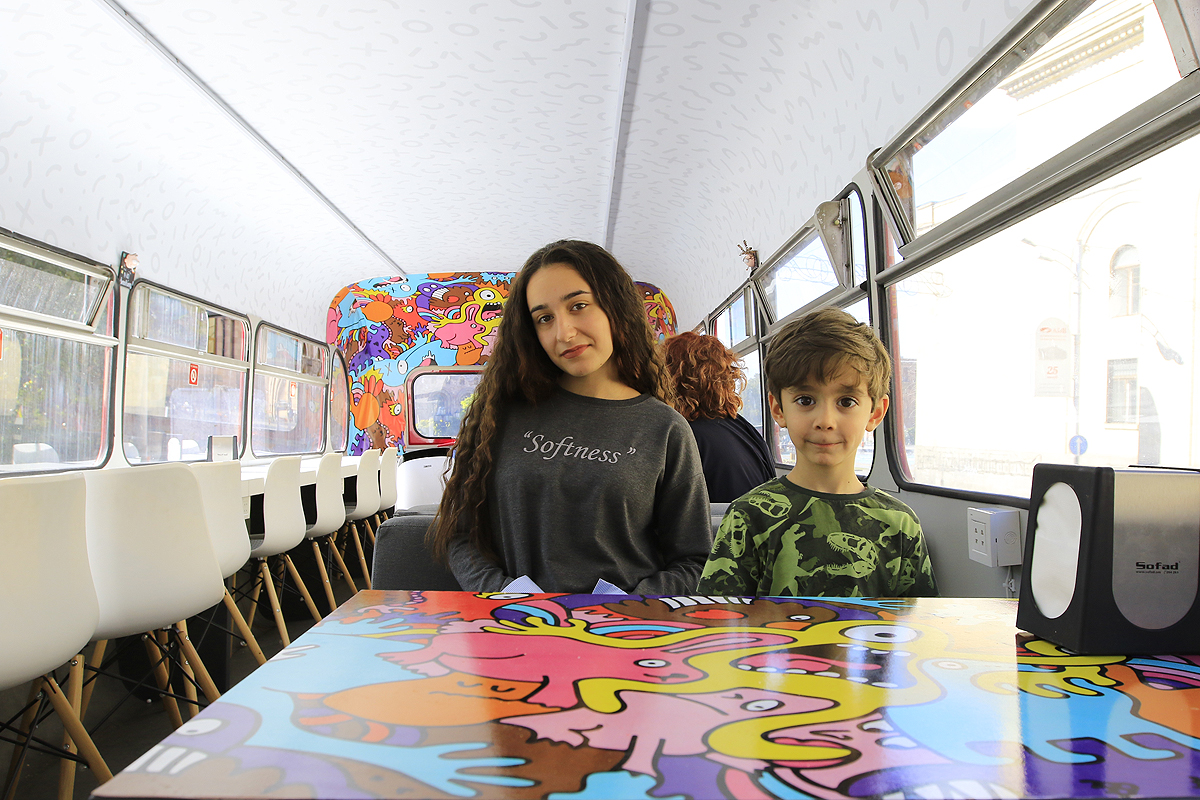 Moreover, it’s happened on a few occasions that people have mistaken ‘Avtobus’ for a real city bus, and tried buying a ticket, asking what the next stop is.

“A family ran up to our café. They werre all running fast, as if they’re late. They ran up to us and the father of the family asked: ‘When are you leaving?’ We said: ‘We don’t plan on leaving.’ They got frustrated and ran on,” recounts Rafael. 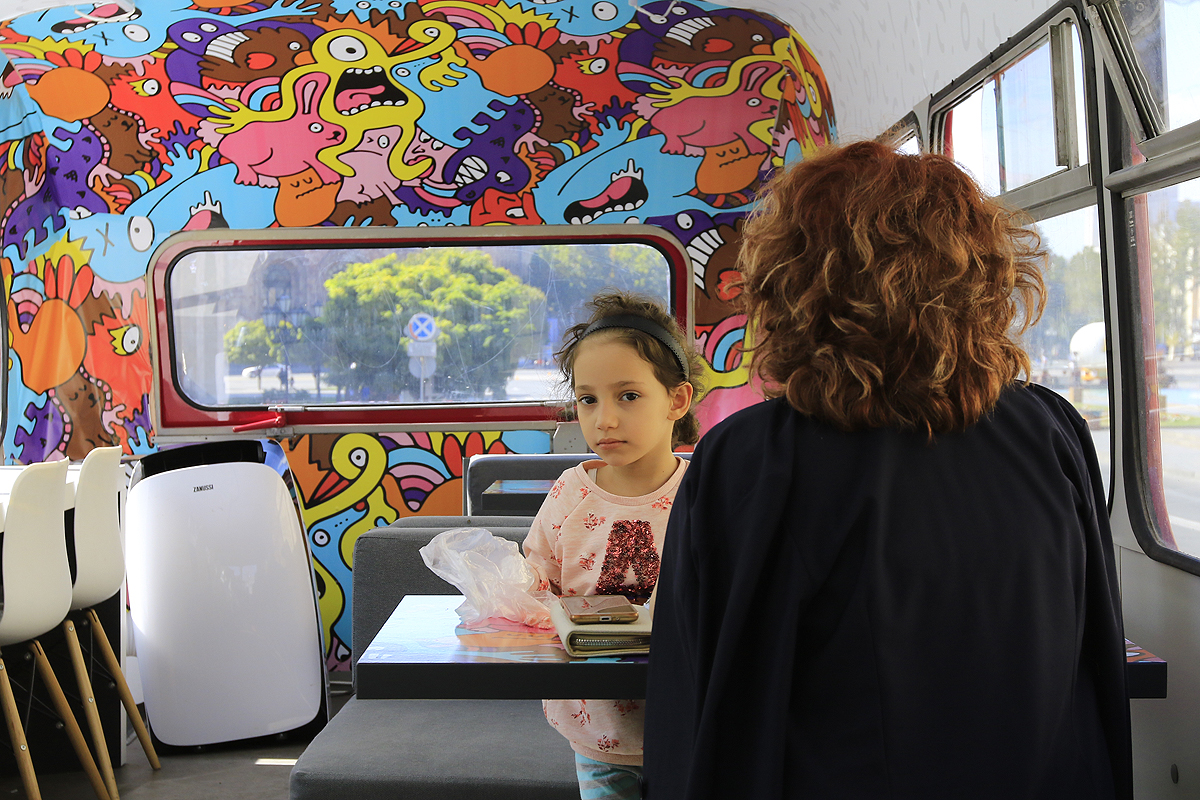 Another unusual bus in Yerevan is the souvenir shop. This is not only the first shop on wheels, but the first shop that works exclusively on solar energy. Solar panels have been installed on the roof of the vehicle and they provide the shop with power. 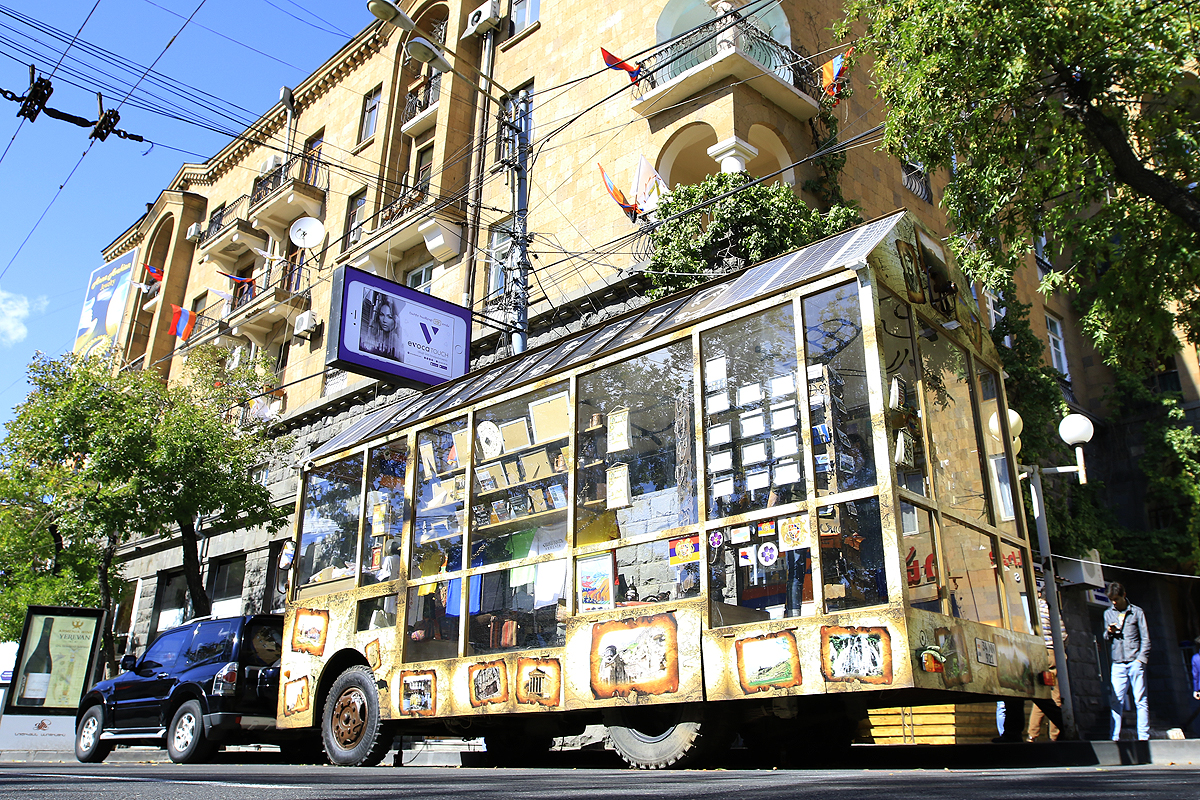 The owner, a young entrepreneur by the name of Gurgen Vardanyan told us that the shop was made out of an old Soviet ‘pazik’ [minibus] and that the new souvenir shop also works as an information center for tourists.

“There is internet in the shop and devices for charging mobile telephones, which are very important for tourists. People that travel to other countries want to remain in touch with their close ones and send them photos and we provide them with this opportunity. Moreover, we offer them maps and tour books so that they can take a look at all the places they can go in Yerevan, what attractions they should visit and where they can rest at night,” says Gurgen. 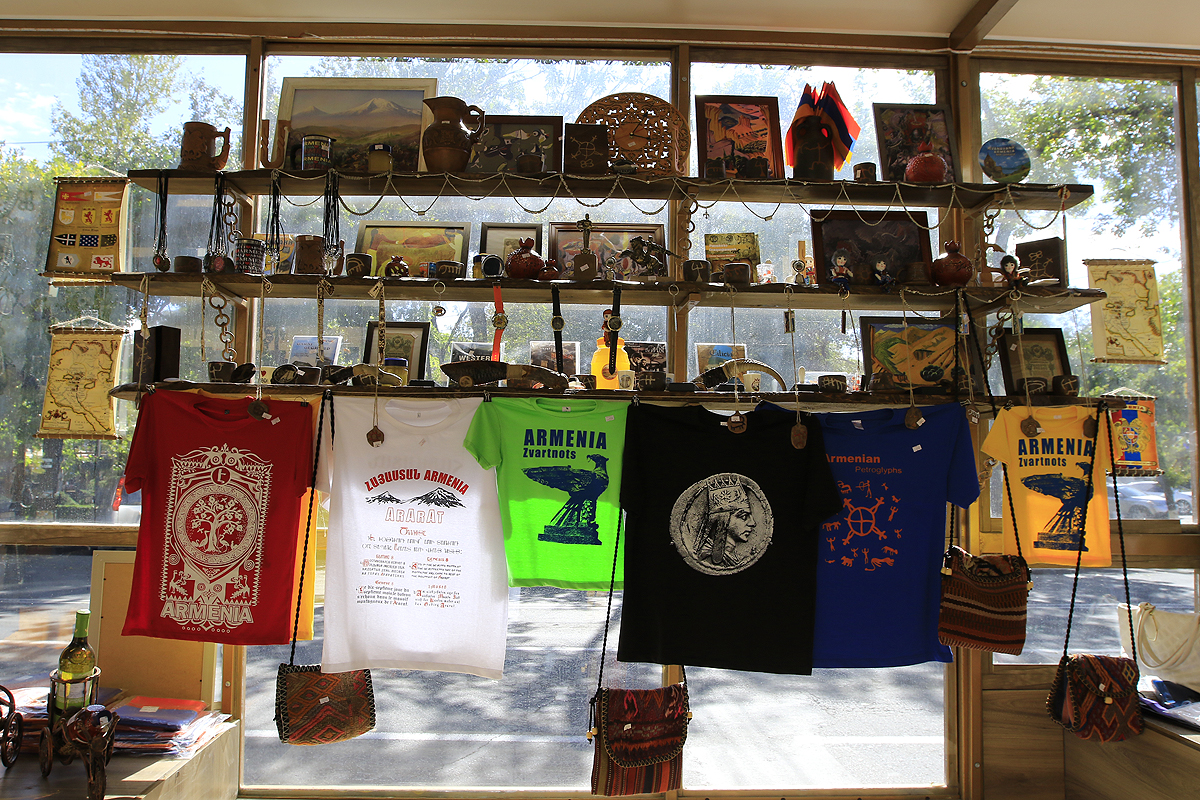 He says that he spent about 20 000 USD to set up his mobile shop. The majority of the sum was used to give the Soviet ‘pazik’ a modern look.

“We worked hard on the interior of the shop. We have Armenian ornaments on the walls, and our selection of shelves and hangers were also not accidentally chosen. Everything has its place, a stage in Armenian history. We tried to make it so that the shop would become a little museum of history so that all the tourists come out with a better idea about the country,” says Gurgen. 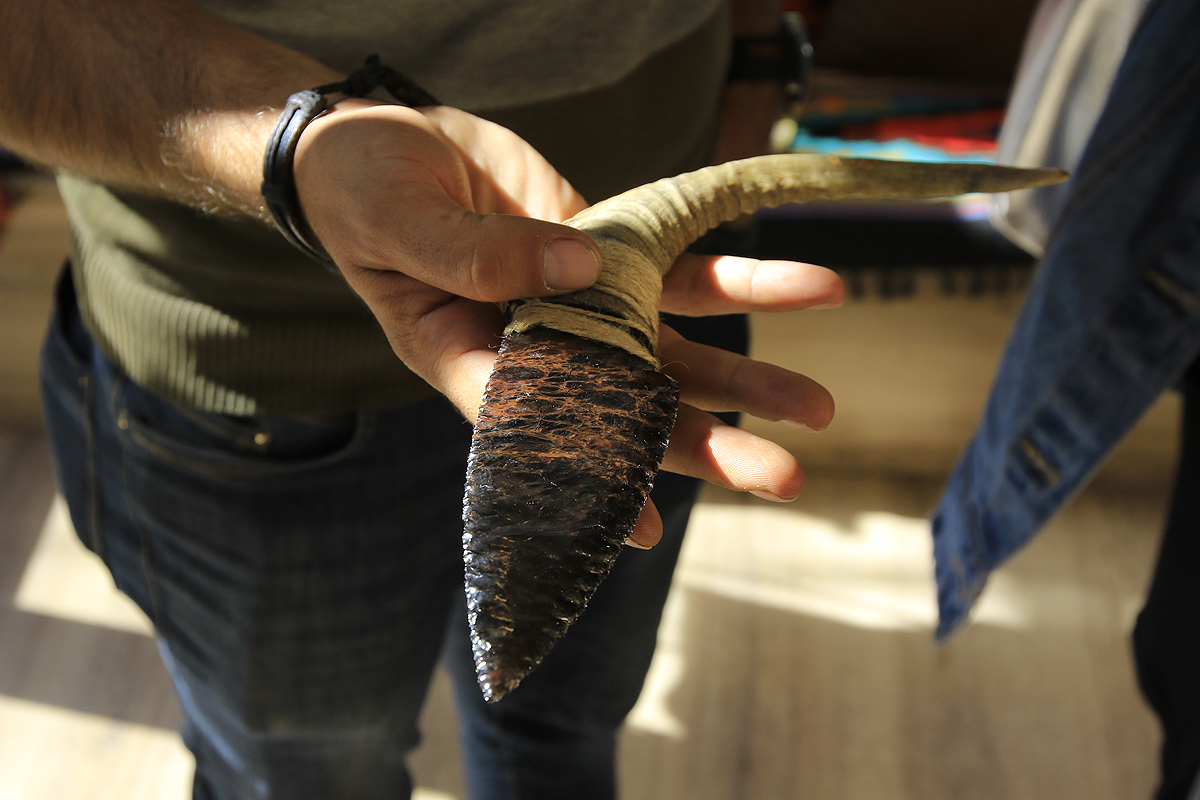 All the souvenirs in the shop are of Armenian production. Here you can buy refrigerator magnets as well as clay cups and t-shirts with images of Armenian kings and knives made from deer horns.

The buses have really come to life, and both locals and tourists are sure to give them deserved attention.