Once a year Shukhuti, a remote village in Georgia’s Guria region, draws the attention of the whole country and fills up the only hotel in the area. On Easter Sunday the main road is closed and all the locals, including many tourists and journalists from within the country and abroad, gather for a one day festival, which features a very unusual, traditional game – Lelo Burti.

Lelo Burti literally means ‘field ball’. It originated from the time of the Ottoman Empire when, according to legend, a large Ottoman army was defeated by a small group of Gurian troops. Since then the game is played in commemoration of the event.

Although the game is commonly known as ‘rugby without rules’, some do exist:

Event preparations start long before the time. Everyone, including cultural and sport managers are involved in preparing competitions. Kids exercise, choirs and bands have rehearsals, while local entrepreneurs prepare their products.

The day before the main event the locals meet for Resurrection Sunday. It lasts the whole night and is the most important religious event for Orthodox people. For Sukhuti and Lanchkhuti residents it is also a chance to discuss the final details of the upcoming event. 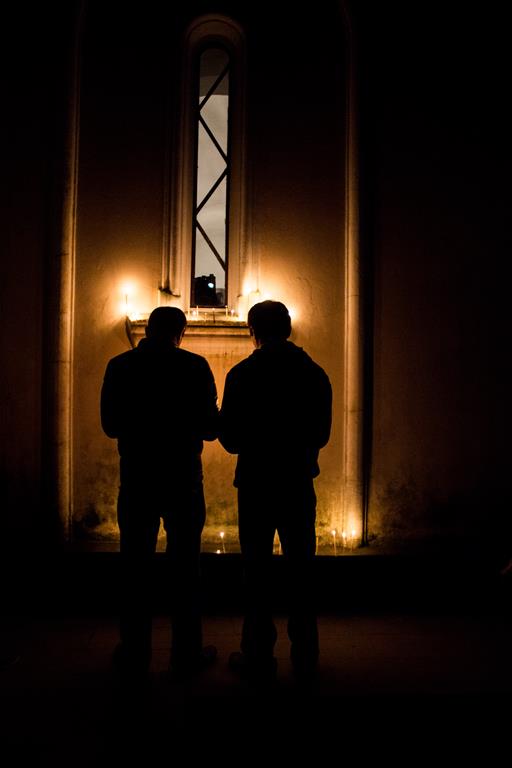 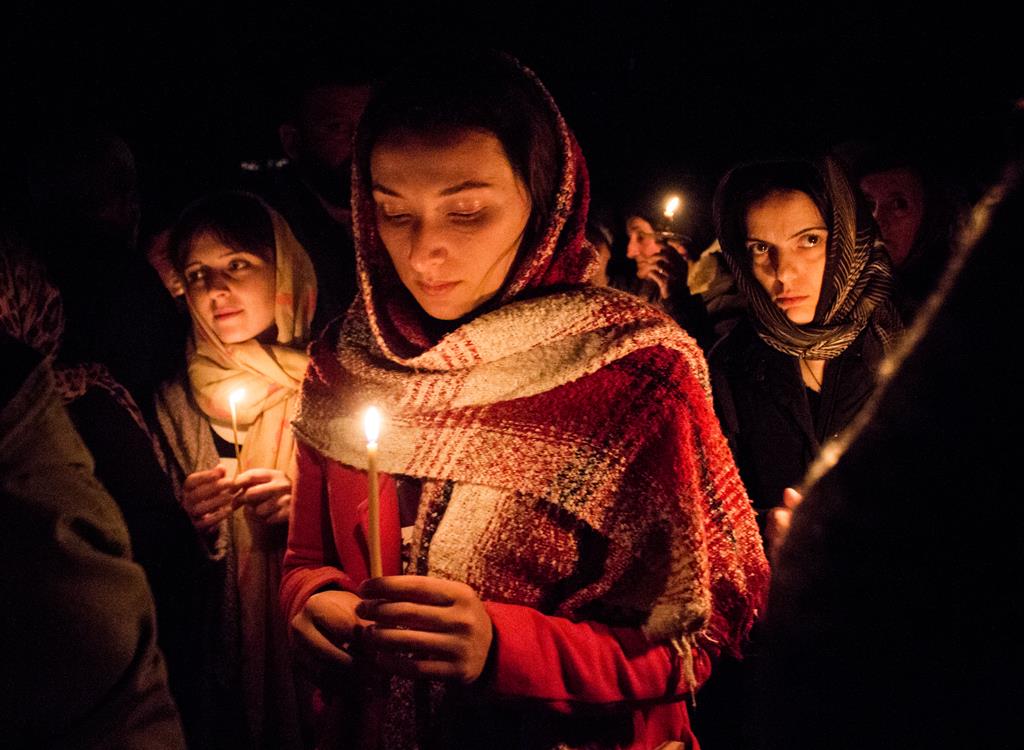 The next day the municipality meet at the venue and, from eleven o’clock, meticulously prepare the starting line for the event. 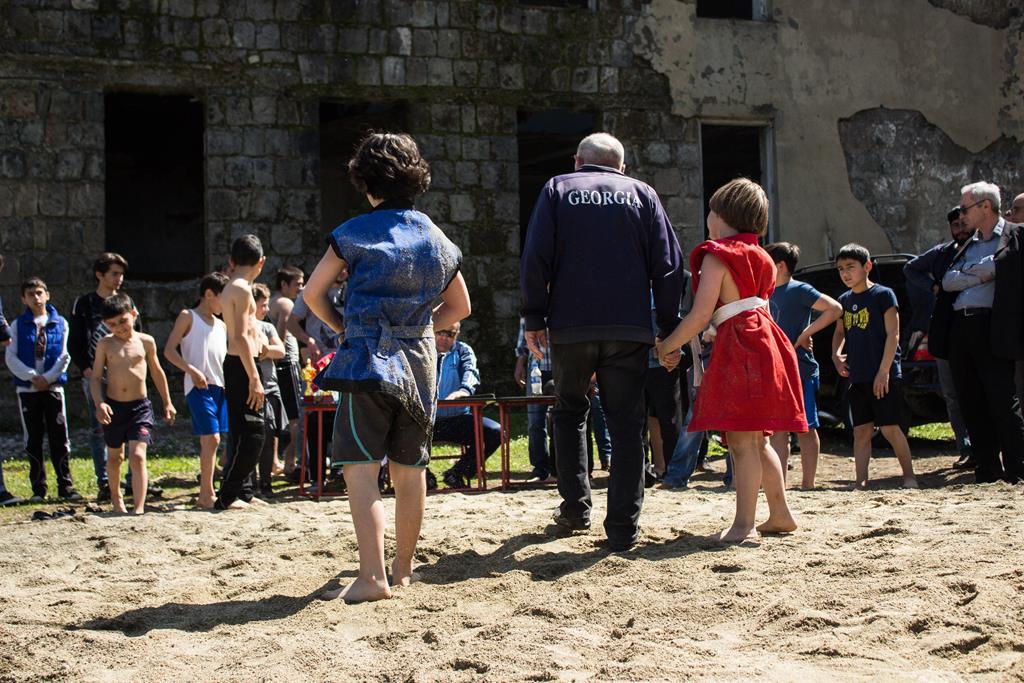 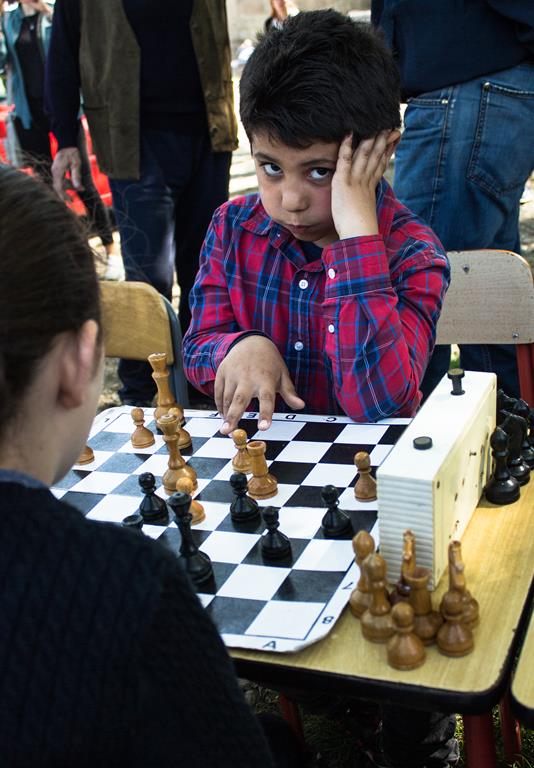 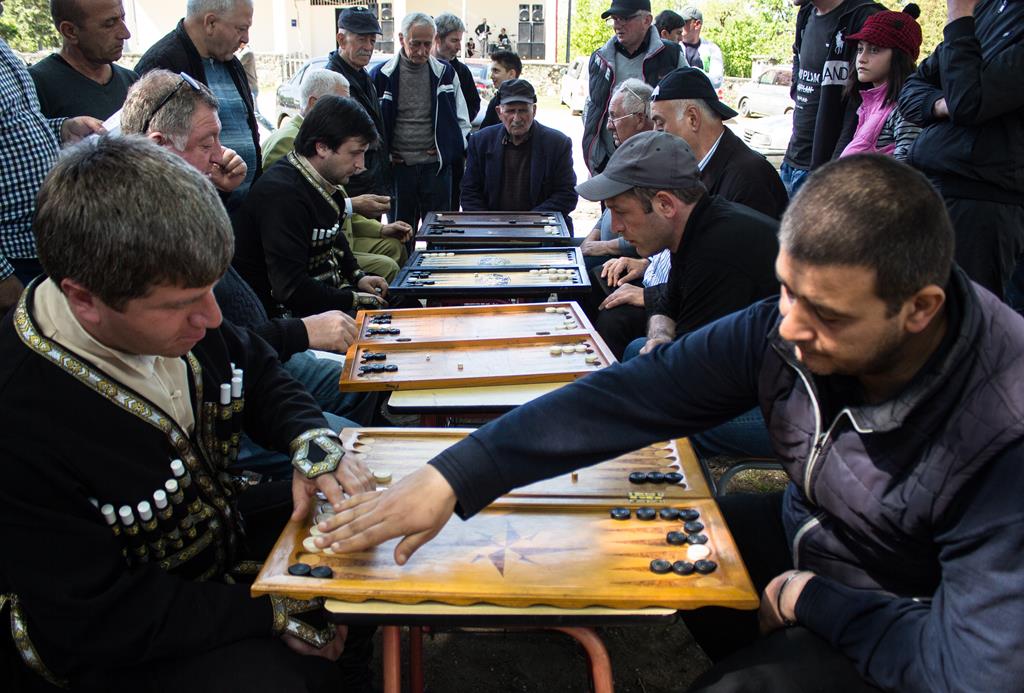 This year Lelo Burti started at 5pm because of the hot and sunny weather. The game lasted approximately three hours with several ‘pushes’ back and forth, and nearly an hour in limbo when the ball (and some players) got stuck inside a small culvert. The Zemo Sukhuti team eventually won. 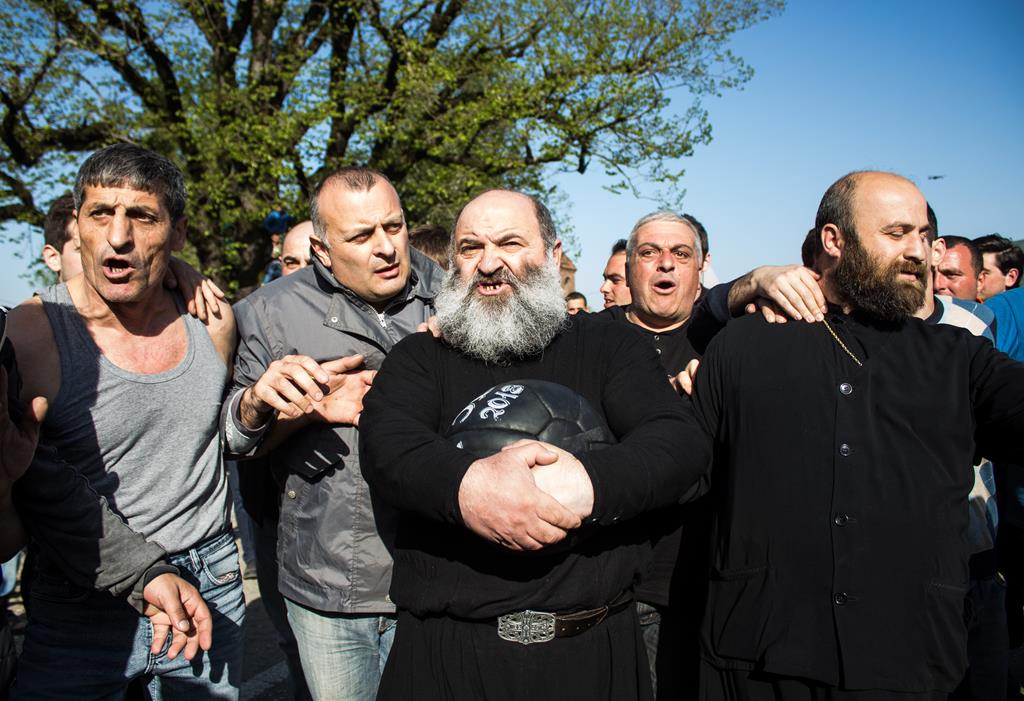 Its usually hard to see the ball because of the large crowd. When someone sees it, they indicate it by pointing a finger towards it so the rest know where to ‘attack’. 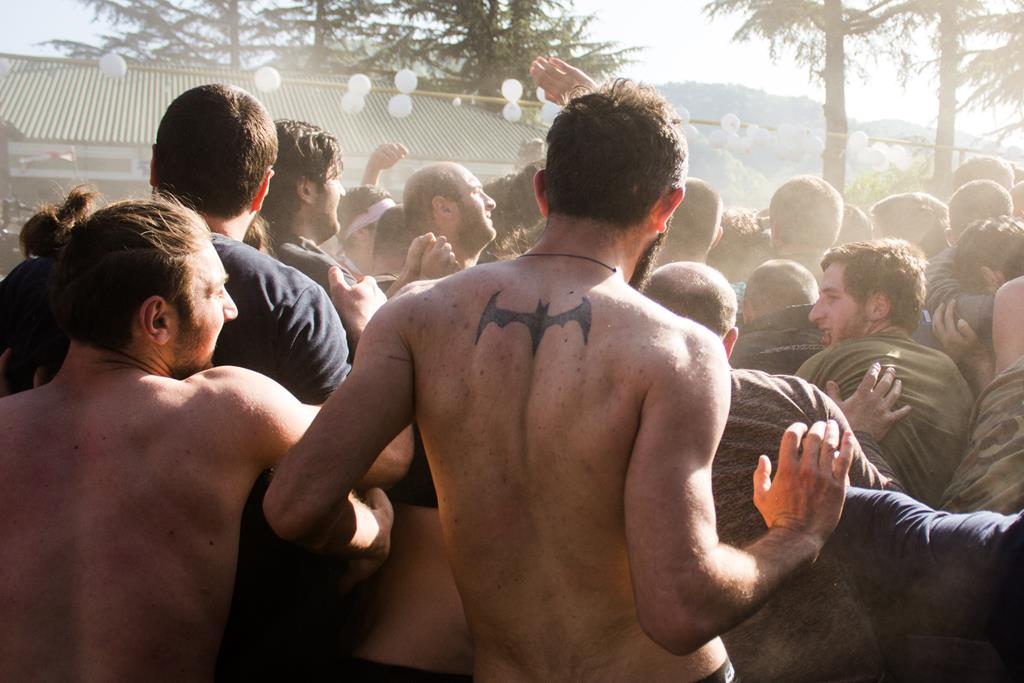 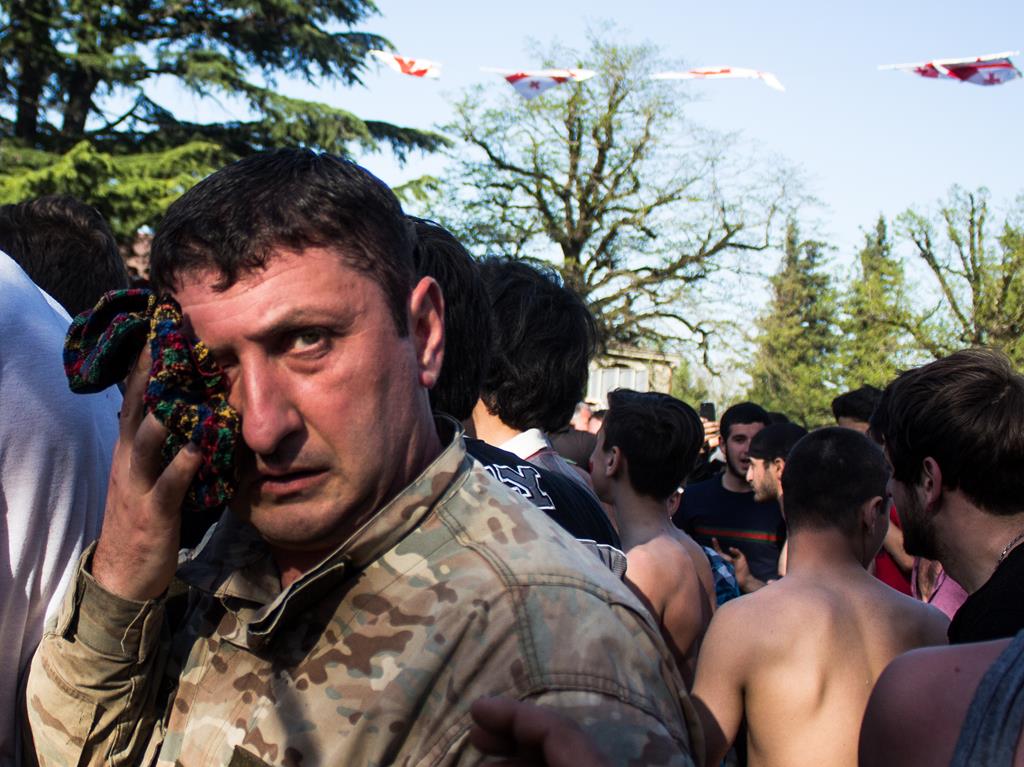 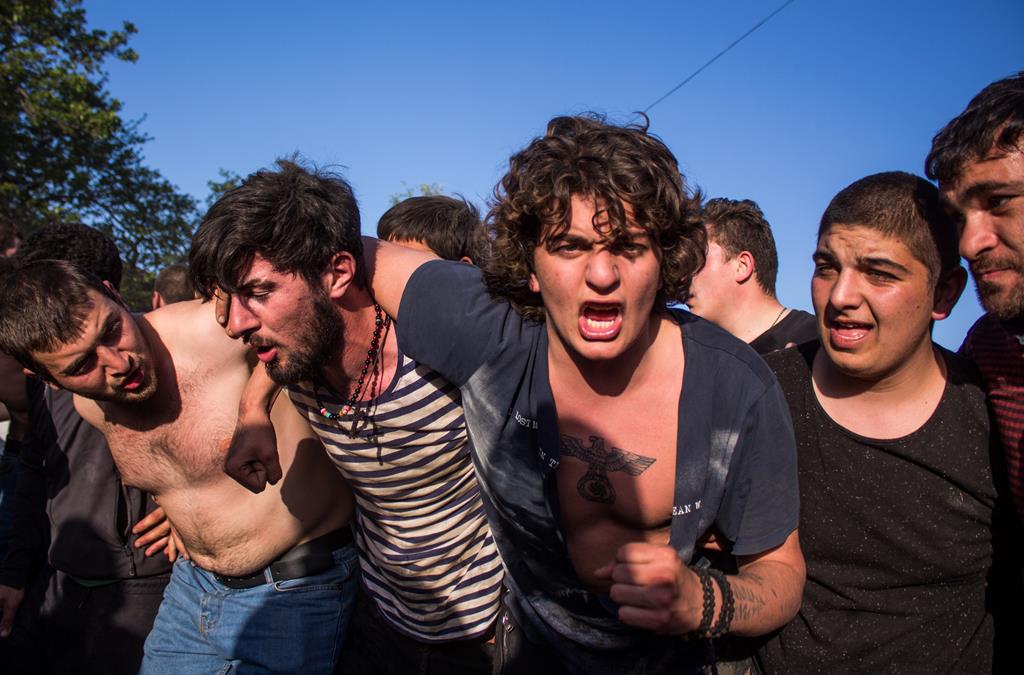 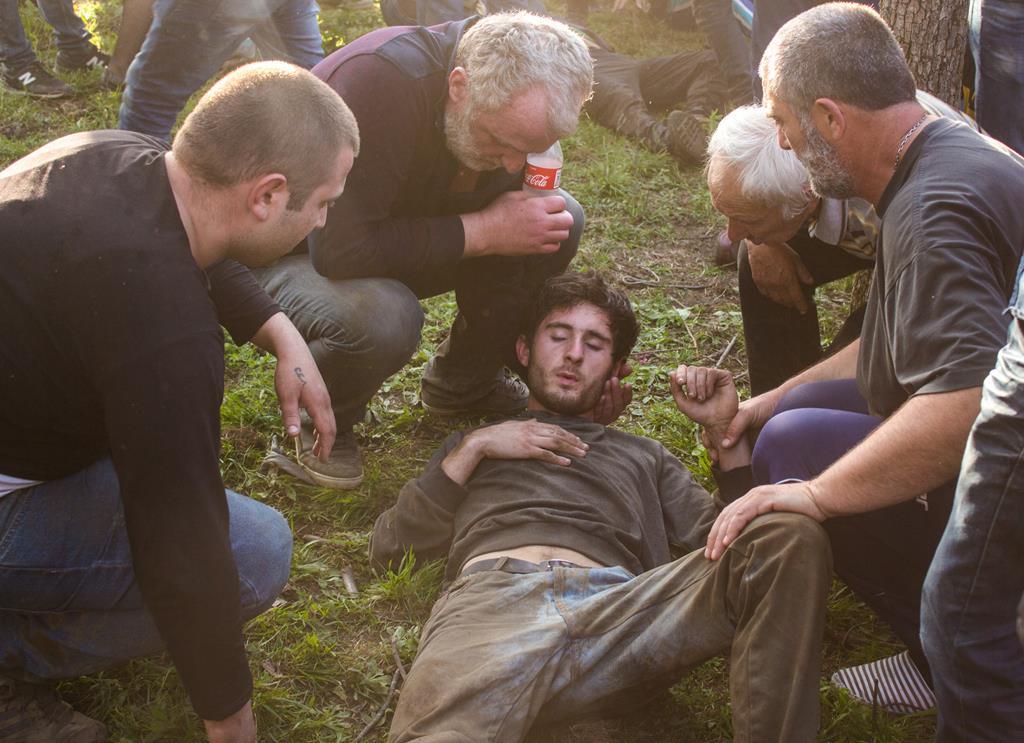 Players try to be careful in order to prevent major accidents from happening. However, a number of minor injuries were reported such as broken bones and hypoxia. 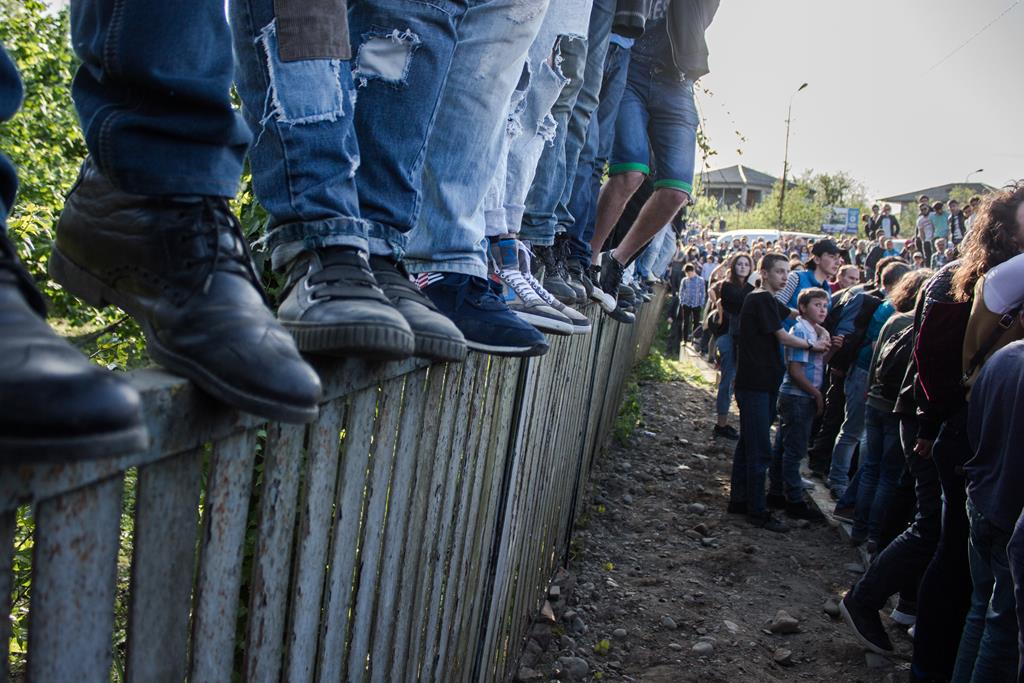 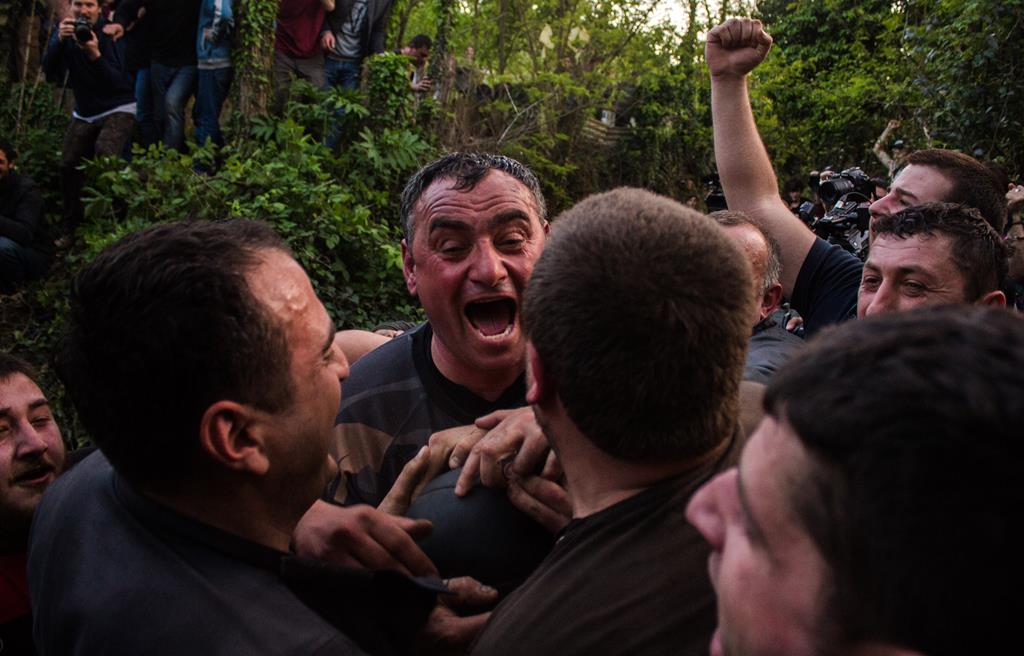 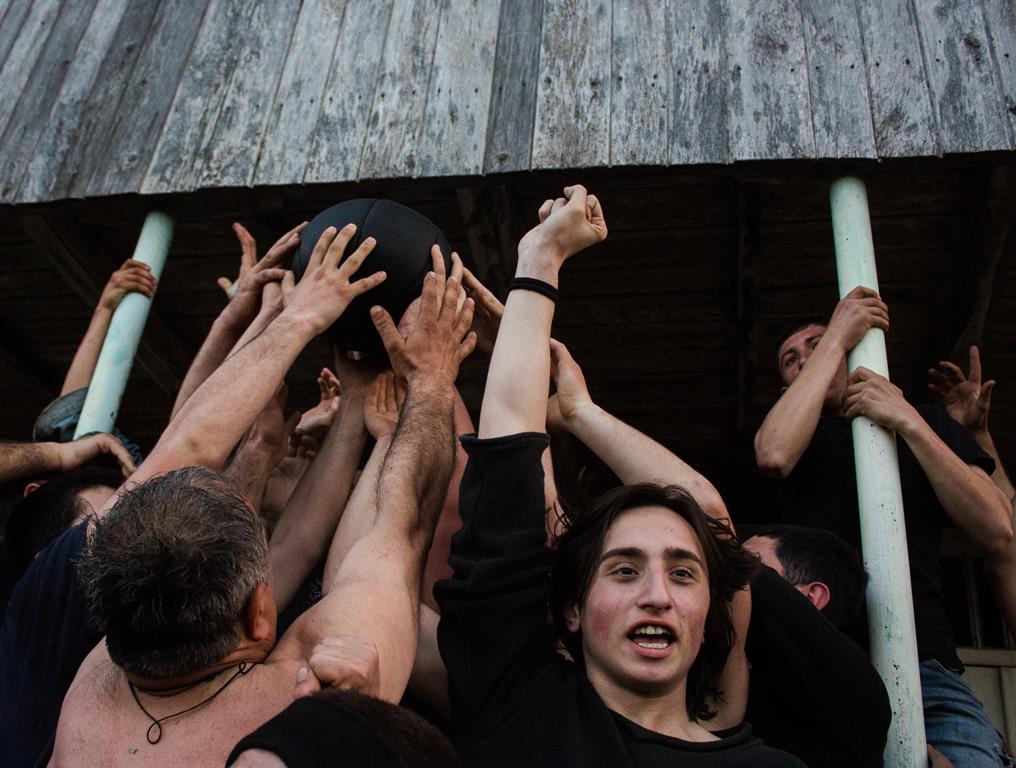 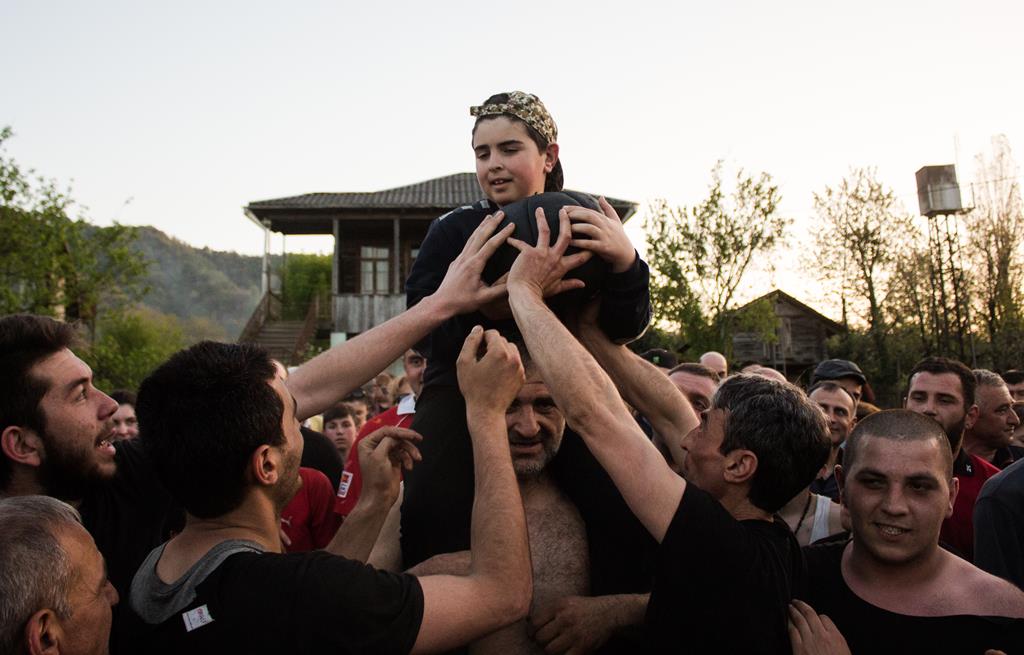 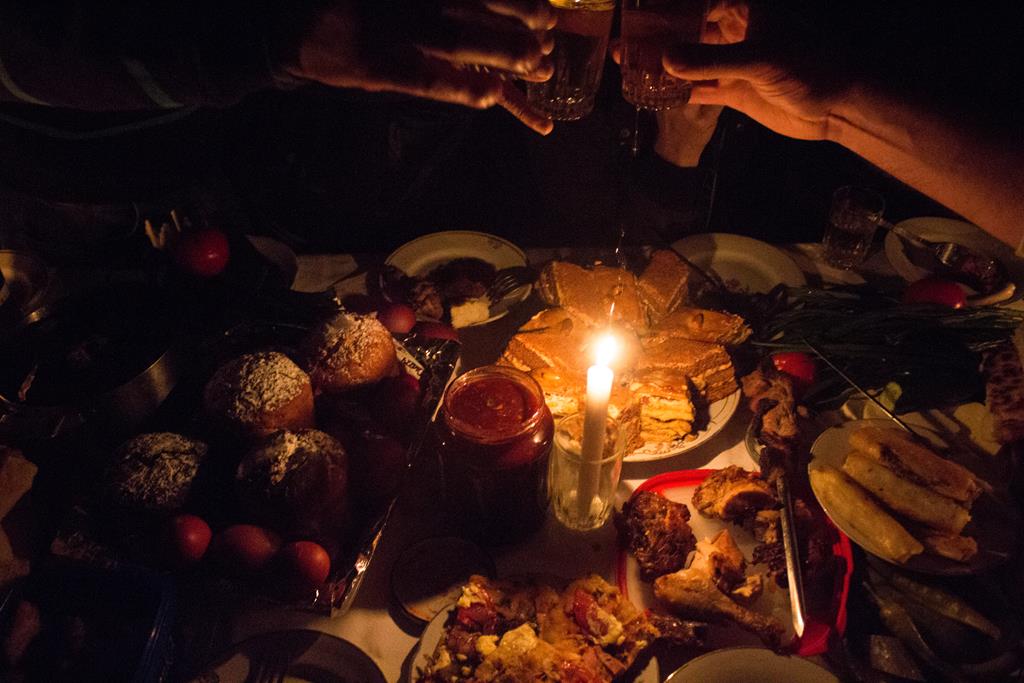 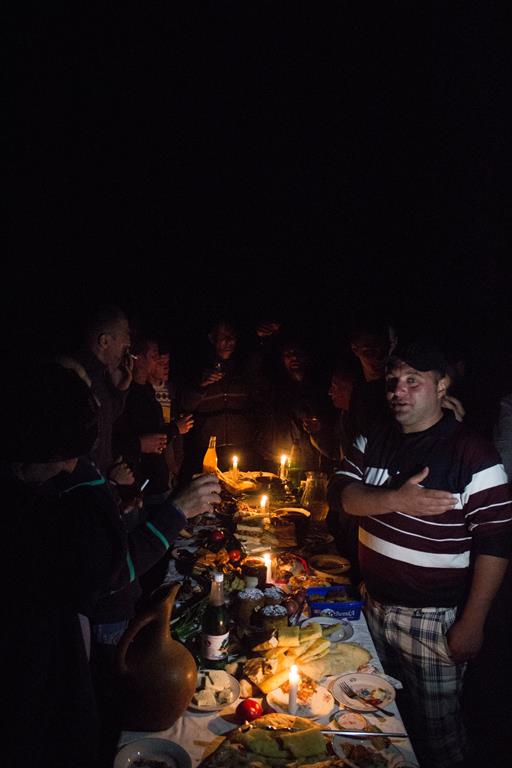 The day ends with a supra (a traditional get-together) in the graveyard. The supra is prepared by the families of the participants from both teams. Toasts are made for past games, the well-being of all the people involved, and the souls of relatives and friends who have passed away.