Karabakh conflict: “No breakthrough, but a serious talk about peace took place”

The first official meeting between the Prime Minister of Armenia, Nikol Pashinyan, and the President of Azerbaijan, Ilham Aliyev, took place on 29 March. Expert on the Karabakh conflict Tatul Hakobyan was among the journalists covering the talks in Austria. We present here his assessment of what happened at the Vienna Hotel Bristol, and whether the positions of the parties have changed and what can be expected in the near future. 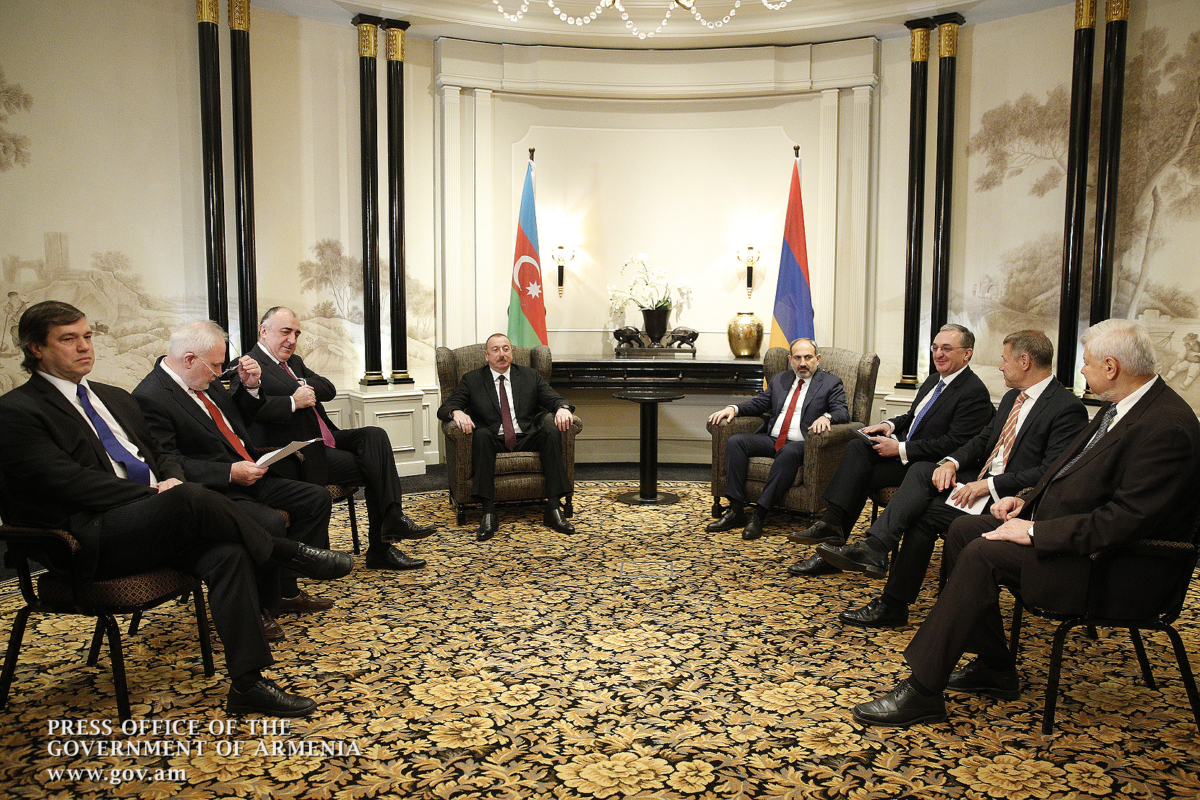 Immediately after the negotiations

While the state airplane was gaining altitude, Prime Minister Nikol Pashinyan took turns and approached journalists on the plane heading from Vienna back to Yerevan, gave a hand to each of them and asked with a restrained smile:

When he approached me, I asked him instead:

“How are you, is all well? How do you feel after your meeting with Aliyev?”

I’ve known the Armenian Prime Minister since his student years, followed his journalistic and political career for two decades, spent many interviews with him and walked tens of kilometres with him during the Velvet Revolution [ed. the protest movement in April 2018 began with a procession from Gyumri, the second largest city of Armenia, to Yerevan, after which its participants held marches in the capital].

However, I have never seen him so calm and peaceful as on the plane flying from Vienna to Yerevan.

• Is Georgia changing its position on the Karabakh conflict?

• Armenian PM at 5hr press conference on politics, dialogue with Azerbaijanis and family

A few hours before that, Pashinyan met with the Armenian community of Austria, waited for the applause to stop, and began talking about the negotiations. He also gave a positive assessment of the meeting with the President of Azerbaijan:

“I cannot say that a breakthrough occurred in the negotiations, or a revolution, but it is important that a process has begun that allows us to talk about the issues on our agenda. This is a very deep, serious problem, and I think it is important to have an atmosphere in which we can express our positions, speak and understand each other.”

The Vienna meeting between the Armenian Prime Minister and the Azerbaijani President lasted for more than three hours and was the fourth in a row, but the first one during which the Karabakh settlement process was officially discussed.

Three years after the April 2016 war and a year after the April 2018 Velvet Revolution, a new stage has begun in the process of the Karabakh settlement. The parties to the conflict, as well as international players, are more emphatic about strengthening the truce, improving the mechanisms of direct communication between the parties to the conflict, possible cooperation in the humanitarian sphere and the need to create an atmosphere conducive to peace.

It is only in an atmosphere that excludes belligerent statements and hate-propaganda that one can conduct a constructive dialogue, discuss controversial issues and try to find a solution to the problem – a solution that will bring long-term peace to the region and its people.

The most important issues for Yerevan in the negotiation process:

1. Pashinyan has repeatedly said that Armenia is not satisfied with the format that has been in place for the past 20 years, specifically the Yerevan-Baku summit meetings in which Stepanakert (Nagorno-Karabakh) is not represented.

The participation of the Karabakh party is important, since Armenia, being the only guarantor of NK’s security, cannot bear full responsibility for negotiations, progress and resolution of the conflict, and most importantly, for long-term peace.

2. For Yerevan, it is important from which point the negotiations will continue. The process stopped in Kazan in 2011 when Aliyev rejected a working bill on the settlement. In April 2016, the settlement process was dealt a fatal blow by the Four-Day War, which did not result in either a victory or loss for Baku, Yerevan or Stepanakert. It did, however, shake the basis of negotiations and minimized trust between the parties.

3. If the basis for the settlement is the Madrid Document or its derivative with the three principles of

then they need clarification to exclude possible discrepancies on all points.

4. Armenia is interested in whether the immediate conflict will be resolved exclusively by peaceful means or whether the Azerbaijani side will continue to consider war as an alternative, as it did in April 2016. Does the Armenian side need to prepare the societies involved in the conflict for peace, or are we returning to militant rhetoric and hate propaganda?

In Azerbaijan, the role of Robert Kocharyan, Serzh Sargsyan and Nikol Pashinyan in the negotiations between the former Presidents of Armenia and Armenia is divided.

Moreover, the attitude towards them is determined by the fact that the first two were born in Nagorno-Karabakh and participated in the war, and Pashinyan was born in Armenia and, by and large, had nothing to do with war or conflict.

However, the approach of the Armenian side to the Karabakh conflict is not determined by individuals, since it is a question of the security of the entire Armenian people.

The question is also important for Azerbaijan, from which point the negotiations will continue. Baku continues to believe that the self-determination of Nagorno-Karabakh can be considered only within the territorial integrity of Azerbaijan as it was in Soviet times.

The only acceptable negotiation format for Baku is direct contact with Yerevan at the highest level. Thus, Azerbaijan wants to consolidate at the international level the perception that the conflict is a territorial dispute between the two countries, and Armenia seized a part of Azerbaijani territory.

Pashinyan dissatisfied with his received “inheritance”

In public speeches and in private conversations, Nikol Pashinyan does not hide the fact that he is dissatisfied with the negotiating “legacy” left to him by former President Sargsyan.

1. Pashinyan is concerned that he is continuing the negotiation process in a situation where the allied states are sure that the five regions around Nagorno-Karabakh must be returned to Azerbaijan.

2. The Madrid principles, or 3 principles and 6 elements, which were negotiated during the presidencies of Kocharyan and Sargsyan, are unacceptable as long as there are discrepancies in them.

Pashinyan voiced the most important questions for the negotiation process recently in Stepanakert:

Does Armenia accept the 3 principles and 6 elements that the OSCE Minsk Group co-chairs offer as a basis for negotiations?

What can these principles mean in practice and who has the right to interpret them?

The way Azerbaijan understands them is unacceptable for Armenia, the PM has stressed.

“We do not see the corresponding statements and steps by the President of Azerbaijan. But despite this, I am ready to continue the dialogue not only with the president, but also with the people of Azerbaijan, because I am sure that the Azerbaijani people are as peaceful as the people of Armenia and Nagorno-Karabakh.”

4. Pashinyan said that the participation of Nagorno-Karabakh in the negotiation process is not a whim of Armenia and not a precondition. This is a simple statement of the fact that the involvement of Stepanakert is of paramount importance in resolving the Karabakh conflict.

Pashinyan stresses that he can and has the right to negotiate on behalf of Armenia, but the conflict concerns Nagorno-Karabakh. Therefore, someone must represent the position of Stepanakert. In Nagorno-Karabakh there is an elected government formed as a result of elections. At the same time, the residents of Karabakh do not participate in the elections of Armenia.

“They did not give me the mandate to represent their interests anywhere. The residents of Nagorno-Karabakh have their own representatives who must participate in the negotiation process,” Pashinyan stresses.

After the Vienna meeting, Ilham Aliyev stressed that “the format of the negotiations remained the same, and negotiations are taking place between Armenia and Azerbaijan, as it has been for many years”.

The format of the negotiations is undoubtedly important. It is also important from what point they will continue. However, these issues are, by and large, solved.

The most important matter is something else: whether the parties actually want peace, but are not willing to pay the price. If they are not ready for painful compromises, then the “neither war nor peace” situation will continue for dozens of years, taking more and more human lives and leaving the door open for other wars, like we experienced in April 2016. 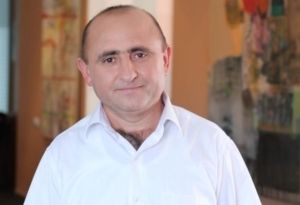 Tatul Hakobyan is an analyst for the CivilNet online publication, coordinator of the Armenian Ani Studies Centre and author of Green and Black: Artsakh Diary and View from Ararat: Armenians and Turks.