“Is Narva next?” – events in Ukraine make Estonia actively engage in minority integration

“Narva is next” – in 2014, after the annexation of Crimea and the Russian invasion of Ukraine, these words became a hashtag for Estonian politicians and public figures who once again tried to draw attention to the problems of a large Russian-speaking region in the north-east of Estonia. Ukrainian outlet Hromadske looked into how Estonia is trying to integrate the Russian-speaking minority in the country.

Narva has the third largest population in the country and the largest city in the northeast region of Ida-Virumaa. About 60,000 people live here, 53,000 of them ethnic Russians – with 87% of locals speak Russian.

The unemployment rate in the area is the highest in the country (8%), 1.5% higher than the average Estonian city. Moreover, the standard of living is somewhat lower than average in Estonia.

Parallels made with Crimea are not made for nought – in 1993, the mayor of Narva, Yury Mishin, and his political force, the Union of Russian Citizens, tried to secede from Estonia and even led a referendum that was declared illegitimate. However, Russia did not support the Narva separatists at the time.

After the pseudo-referendum, the Estonian government tightened its policy towards the Russian-speaking minority. Since then, in order to obtain Estonian citizenship, candidates have been required to pass an exam, which includes questions about the history, culture and laws of the country – they also had to demonstrate a high level of knowledge of Estonian.

Those who do not pass this exam receive a non-citizen passport of Estonia, which also differs visually from passports of citizens of the country – they are gray. Holders of such passports are denied the right to run for office and vote in parliamentary elections, create and be a member of political parties, and work in state and municipal bodies. 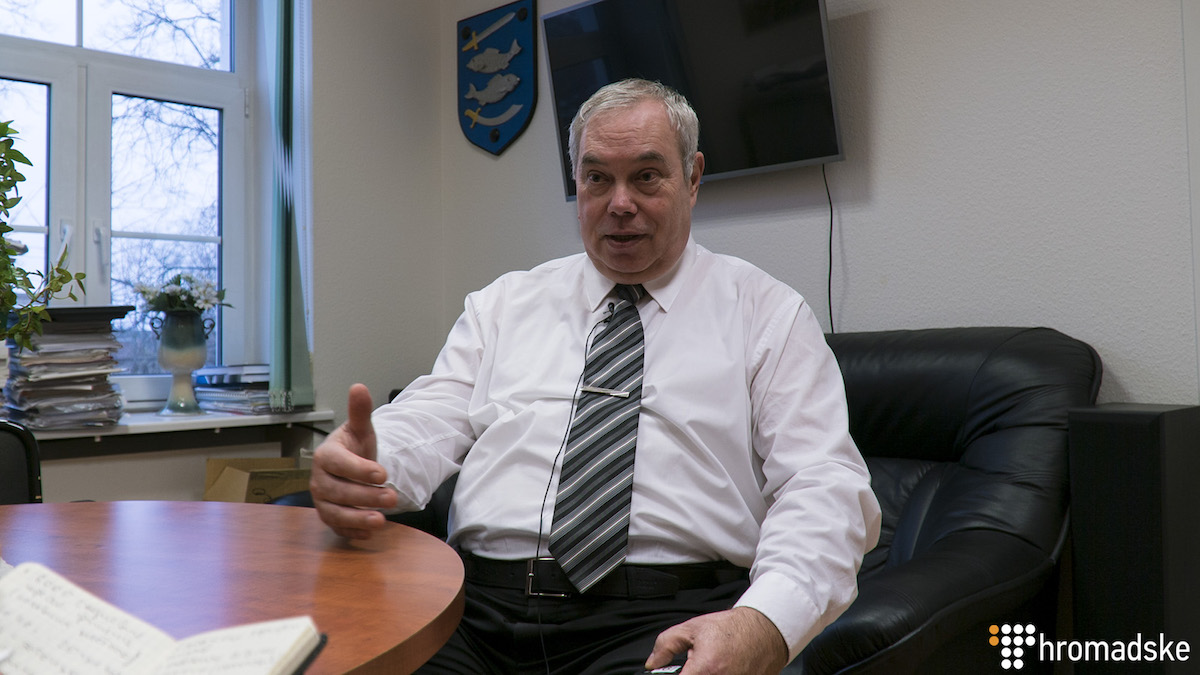 Many non-citizens, says the secretary of the Narva city government, Anz Limets, are completely satisfied with this state of affairs. Since 2008, when Russia allowed visa-free entry to its territory for holders of gray passports, the number of those who wish to obtain Estonian citizenship has become even less.

However, there are many more non-citizens among the older generation than the younger. The overwhelming majority of young people prefer to learn Estonian, choosing to study in Tallinn and Tartu universities and the opportunities that a united Europe offers Estonian citizens.

• What is the so-called Russian world really? Three short films

• How pro-Russian media is managed and financed abroad

The majority of Estonians have, for the past two decades, perceived the inhabitants of Narva as strangers – and this sentiment was reciprocated. The integration policy was eased 20 years ago as part of the conditions for Estonia’s accession to the European Union. On the day of the start of negotiations on the accession of Estonia to the EU, the State Integration Foundation began its work. 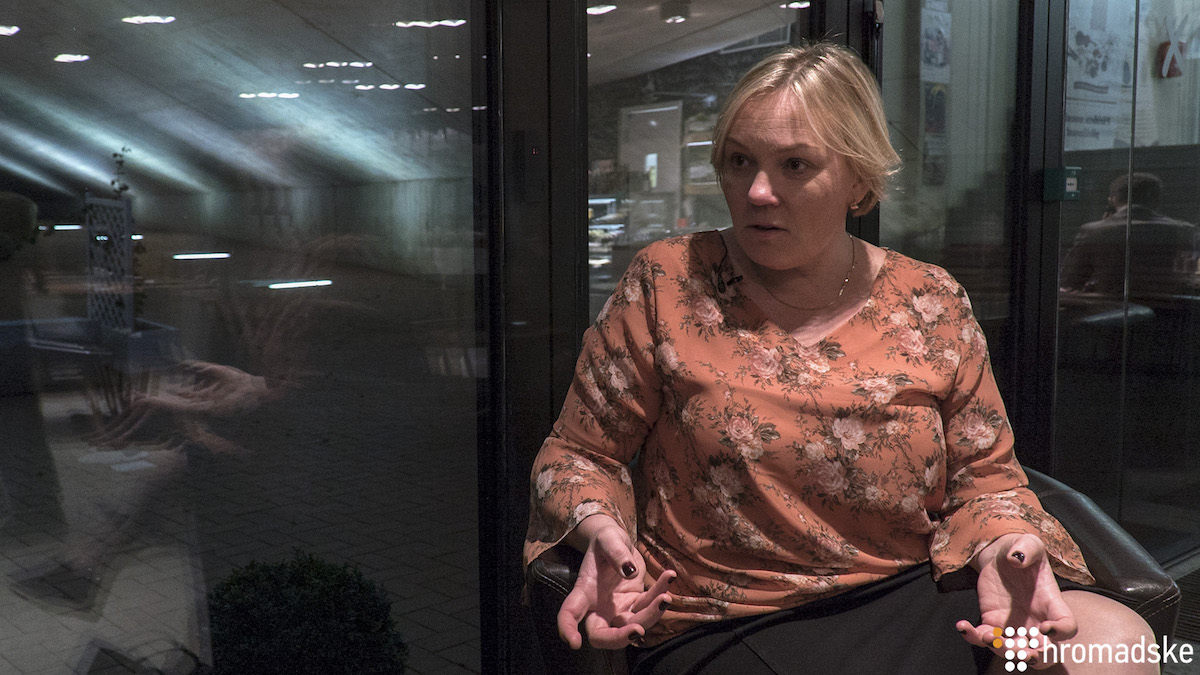 The foundation was supposed to help ethnic Russians master the Estonian language, understand the Estonians and change their attitude towards the state.

“More than half of our budget goes to teaching Estonian,” says Irena Kyaosaar, director of the Integration Foundation. “We provide this opportunity to everyone. We have various methods: both courses and language clubs, as well as language cafes. We are trying to create an environment that will stimulate the desire to learn Estonian.”

Kyaosaar says the foundation’s target group is not only Russians, but also Estonians.

“Unfortunately, not all Estonians are ready to accept ethnic Russians into their society, and it demotivates the latter,” says Kyaosaar.

In order to give the Russian-speaking youth the opportunity to obtain a higher education, they opened a special school for them in the late 90s – the University of Tartu, Narva College.

Education is conducted mainly in Estonian, but the language requirements are not as high as in the capital. Over the past 20 years, the college has seen about 2,000 graduates. Today, 450 students study here, 40 of them from post-Soviet countries.

The college performs not only an educational function – it quickly became the main centre of the cultural and social life of Narva and the region as a whole. It hosts exhibitions, concerts, official events, open lectures and public discussions.

The alarm bell of Narva 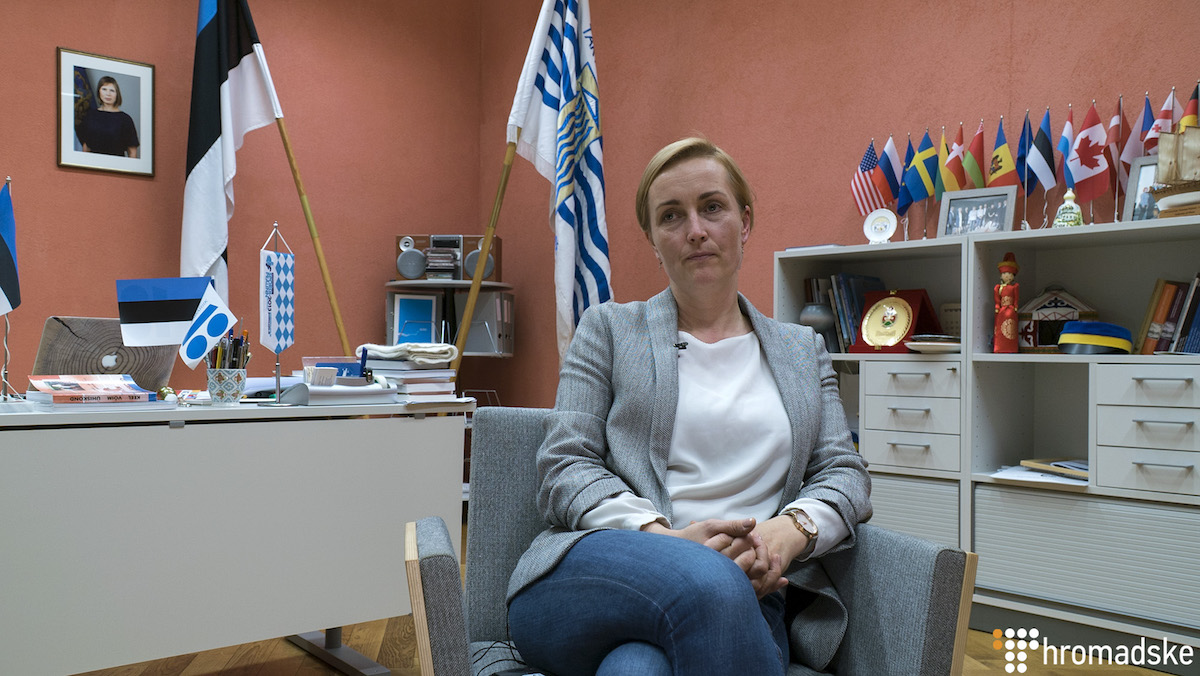 “For many years, the Estonian government simply ignored this region because there are few Estonian citizens and many Russian citizens. Political parties do not have voters here, as Narvites do not participate in parliamentary elections. [It is as if the government said] let them solve their problems themselves,” says the director of the College, Christina Kallas.

“The Crimea was like an alarm bell for the government: if you don’t begin to seriously engage in the integration of Narva and the Russian-speaking population of Estonia, Crimea may be repeated in Ida-Virumaa.”

The northeastern region has long been isolated from Estonia in terms of culture and media. St Petersburg is closer to the city than Tallinn. The only Russian-language television available to residents of Narva are Russian channels, and now their influence is being felt.

But Estonia did not follow the paths of Latvia and Ukraine, where the work of a number of Russian media was legally prohibited. Instead, it tried to stimulate the production of its own media force, capable of competing with the Russian one. Prohibiting any information in the 21st century is meaningless, thinks Christina Callas. She believes it is more effective to teach people to think critically and to be able to distinguish facts from manipulation.

“For a long time, this paradigm existed in Estonian society: let all Russians learn Estonian, let them watch Estonian TV channels, and everyone will be fine,” says Yuri Nikolayev, a Russian-speaking Estonian journalist from Radio 4.

“But for some reason the Estonian language was taught poorly to the Russians, and alternative sources of information were used – Russian channels. The dispute over whether or not Estonian-speaking television is necessary for Estonia, would continue to this day if the war had not started in Ukraine. Estonian politicians then seriously thought about how they can reach the Russian audience. In 2015, it was decided to make a separate public TV channel – ETV+ – for the Russians. It is difficult for the channel to compete with the central Russian media, but the channel has an audience.”

Nikolayev says ETV+ journalists are recognized on the streets, and that residents discuss stories with them and suggest new topics.

“The appearance of the Russian-language TV channel made it possible for the Russian community to get on the air. Previously, these people, their problems and their opinions were not on the air. Now they are also heard and discussed. And this is good.”

Nikolayev says many Estonians even watch ETV+: “Unexpectedly, integration went in both directions.”

The president in the city

For the third time, the President of Estonia, Kersti Kaljulaid, has “brought” the capital of Estonia to Narva for a week: she has her own office here, holds dozens of meetings with the heads of institutions and companies, well-known people, goes to performances and concerts, and talks with people on the streets.

Hromadske spoke with her at a contemporary art exhibition: 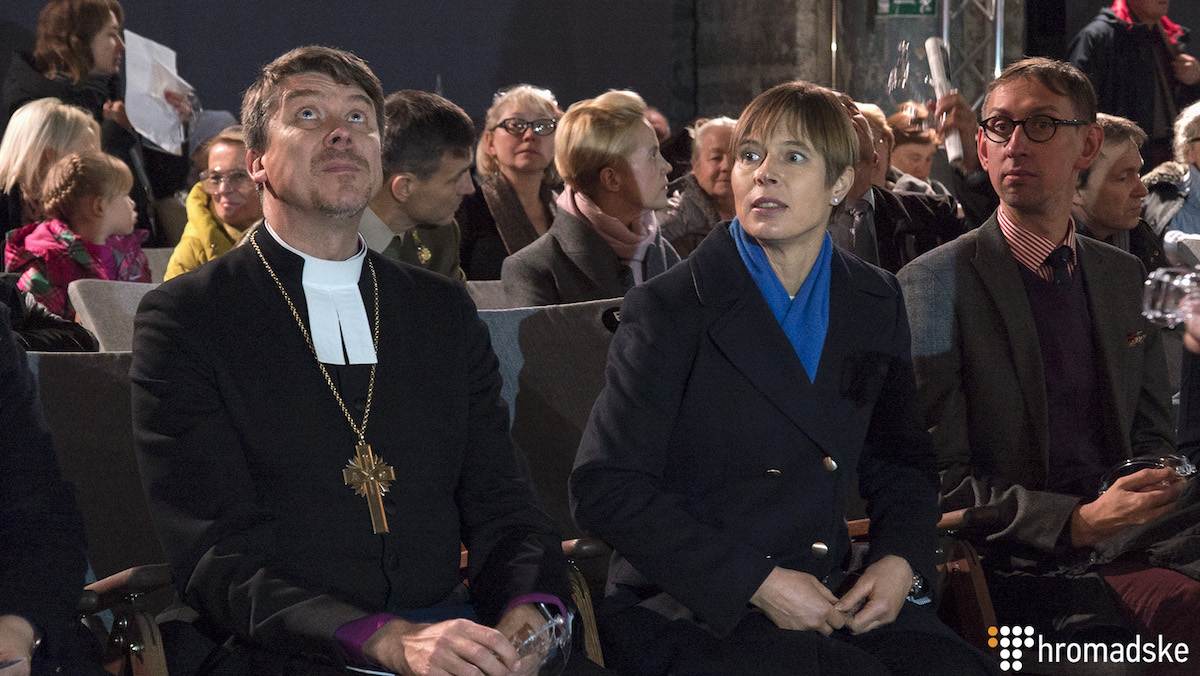 “Language is not the basis of our thinking,” answered President Kersti Kaljulaid when asked if the government sees a threat in the views of Russian-speaking Estonians that are vulnerable to Russian propaganda.

“The question itself offends our Russian-speaking citizens. They have the same freedom and the same values ​​as those who speak about the freedom and values ​​in Estonian. Estonia respects the rights of everyone, and integration is not limited to language skills. The duty of the state is to do everything possible so that all citizens, regardless of language and ethnicity, have the opportunity to develop and be successful in our society. Estonia is a multinational and multilingual country, but we have one official language, and we are working to ensure that everyone has the opportunity to use it.”

Using the example of Narva, Estonians intend to prove that the Russian language is not a sign of a political position.

Most of the residents of Narva, with whom Hromadske spoke on the streets of the city, said they would not like Ida-Virumaa to become a part of Russia.

“They live well [here]. They have a European lifestyle. They know that they live better than in the neighboring (Russian) Ivangorod. They see it every day. Their children study in gymnasiums in Tallinn, and go to university in Helsinki. Well, what can Russia offer them in return? Nothing.”

The Estonian government is trying to make the situation of the Russian-speaking minority attractive and thus prevent a split in society.

When asked, “Will Narva be next?”, the Estonian President says: “Yes, Narva will be Estonia’s next big success.”