How to achieve peace in Karabakh? Recipes from Baku and Yerevan 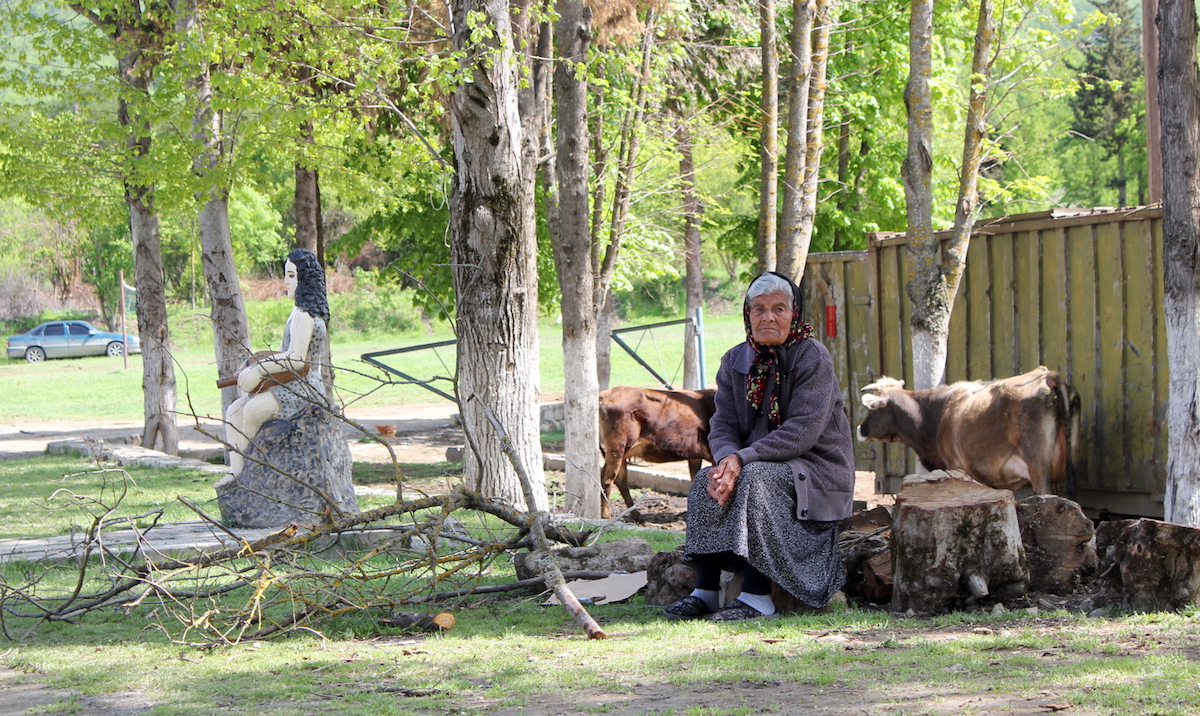 The village of Alashan in Karabakh. The majority of its residents have moved here from the village of Talysh that was all but destroyed during the 2016 April conflict escalation. Photo by Olesya Vartanyan

A meeting between the presidents of Armenia and Azerbaijan could help to put an end to continued tension in the conflict zone of Nagorno-Karabakh. Both leaders have declared their desire to achieve peace; however, both men have their own ideas on how to make that come about.

F or almost three months now, there has been an astonishing lull along the Karabakh frontline. Instead of grenade launchers, guided missiles, drones, and guns, the sound of relatively less harmful small arms has been heard. For the first time since the clash of April 2016, both sides have put their weapons aside to take a breather before the long-awaited meeting of the Armenian and Azerbaijani leaders.

There have been no negotiations at the presidential level for more than a year. All prior requests to resume meetings by international mediators yielded no results. Instead of conversing at the negotiation table, the leaders occasionally donned military uniforms, and set out with binoculars to examine each other’s military positions.

Preparations for the current meeting of the Presidents began early this summer. International mediators have made many efforts to persuade leaders to end continuous tensions in the conflict zone. The Russian leader has played a special role in this. He invited the Azerbaijani, and then the Armenian president to visit him this summer, in order to discuss the Nagorno-Karabakh problem, among other issues. 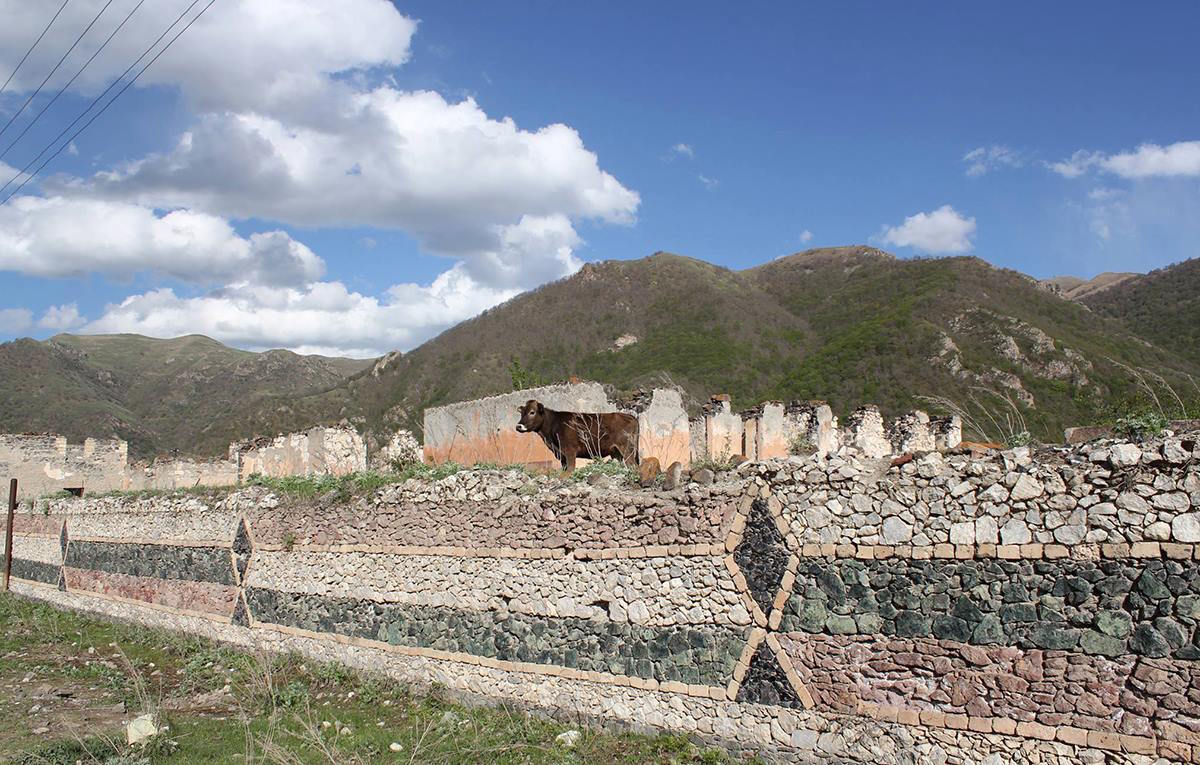 The ceasefire initiative most likely came from Azerbaijan. Baku has openly declared that it wants to make it clear to the opposite side that once they agree to resume talks about the future of Karabakh, tranquility will reign over the region.

“There will be peace and prosperity”, a high-ranking Azerbaijani official told me at the end of spring. He described an attractive perspective: all borders will be opened, land will be cleared of mines, houses will be restored, infrastructure put in order, and “the region will begin to live again”.

According to him, all that was required from the Armenian side was to agree to make concessions.

It has been 25 years since the end of the war in Karabakh, and it is increasingly difficult for Azerbaijani leadership to explain to its society why the richest country in the region continues to tolerate the fact that the main national problem, the restoration of the territorial integrity of the country, has remained unresolved.

The demand for a “quick solution” of the Karabakh issue, even by military means, only began to grow after a successful operation by the Azerbaijani military in April 2016. Although their military suffered losses, the operation succeeded in regaining control over two strategic heights in the conflict zone at the northern and southern ends of the frontline.

In Baku’s understanding, the beginning of the peace process consists of concrete steps towards liberating parts of the territories currently under Armenian control, which Azerbaijan considers occupied, referring to the UN Security Council resolutions during the time of the 1992-93 Karabakh war. And these are exactly the parameters that should be the starting point for the promised restoration of land to the Azerbaijani population and their return to it. 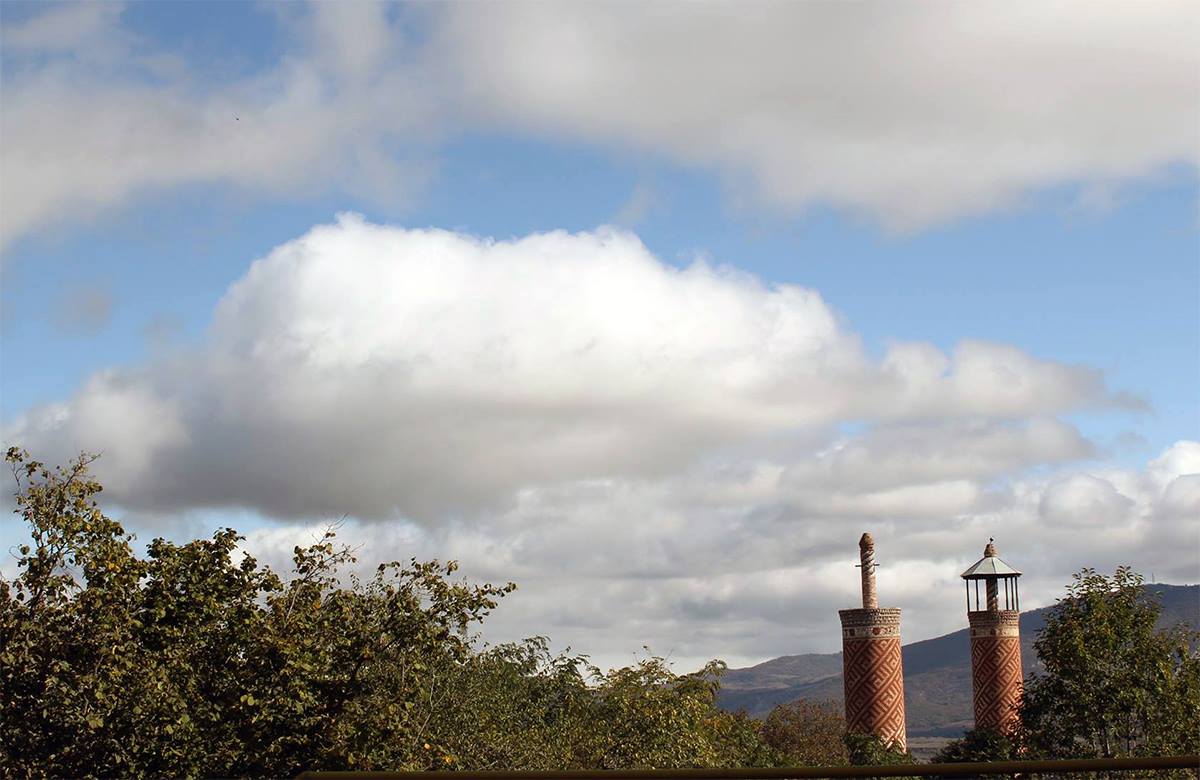 During the war, Armenian troops managed to occupy not only the territory of Nagorno-Karabakh within its Soviet borders, but also several surrounding districts: five entirely, and two partially. Armenians consider this territory to be part of today’s Nagorno-Karabakh de facto republic, which they call Artsakh. The combination is more than double the size of the Nagorno-Karabakh district that was an autonomous region of the Azerbaijan SSR.

Nearly 40 percent of Azerbaijani refugees come from Agdam and Fizuli, two such adjacent parts of the conflict zone that lie to the east and southeast of Soviet-era Nagorno-Karabakh. The largest settlement of the region, Agdam, has remained a ghost town all these years. During my last trip there, my Karabakh driver managed to get lost among the remains of walls and houses without roofs. After prolonged wandering through the deserted streets, we eventually had to search for the road from the ruins of Agdam using Google Maps. 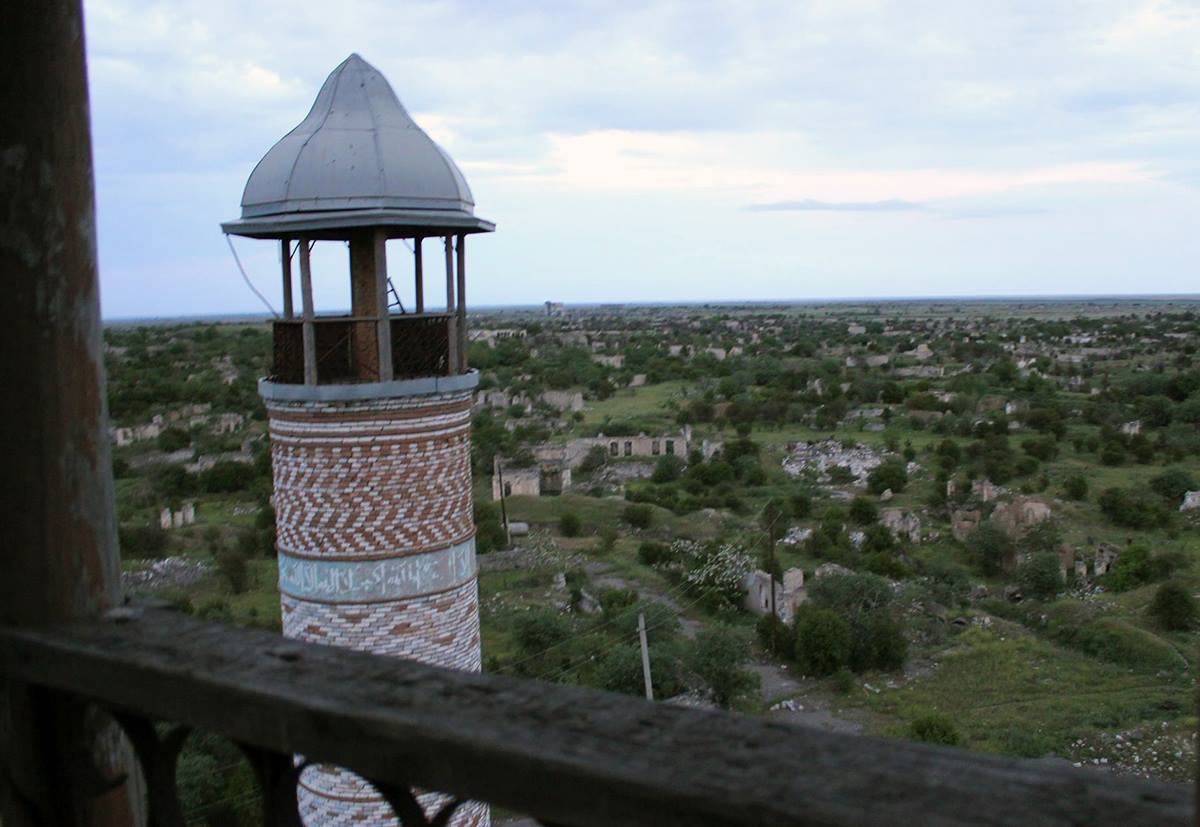 On the Armenian side, the prospect of returning land is an extremely painful topic. This is primarily related the security of the local civilian population, but also to the explicit refusal of many veterans to return “trophy” territories that they were able to capture in the 1990s.

Once, in his first presidential term, the current Armenian leader stated that “Agdam was never Armenian land”. Serzh Sargsyan, a local and participant in the Karabakh war, is still reproached for using that phrase.

The issue of adjacent territories has gained a number of important nuances over the past 25 years. Now, settlements have appeared in many of those areas. There are roads linking Armenian settlements throughout the territories. Some of the land already has new title deeds issued by the de-facto republic for local residents, who have been paying taxes for it, and developing agriculture.

A long mountain gorge along the Armenian border in the west of the Karabakh conflict zone leads to a town with unique architecture from the late Soviet period, bearing two names, Kelbajar in Azerbaijani, and Karvachar in Armenian. There’s a large welcome sign by the entrance, with the inscription “Armenian Fortress”.

In the years following the war, about 7% of local buildings were turned into new homes, mostly for Armenian refugees from Azerbaijan. Skeletons of houses still stand throughout most of the town, but every year a few people arrive who are prepared, using their own funds, to live among the bare walls and Azerbaijani inscriptions. 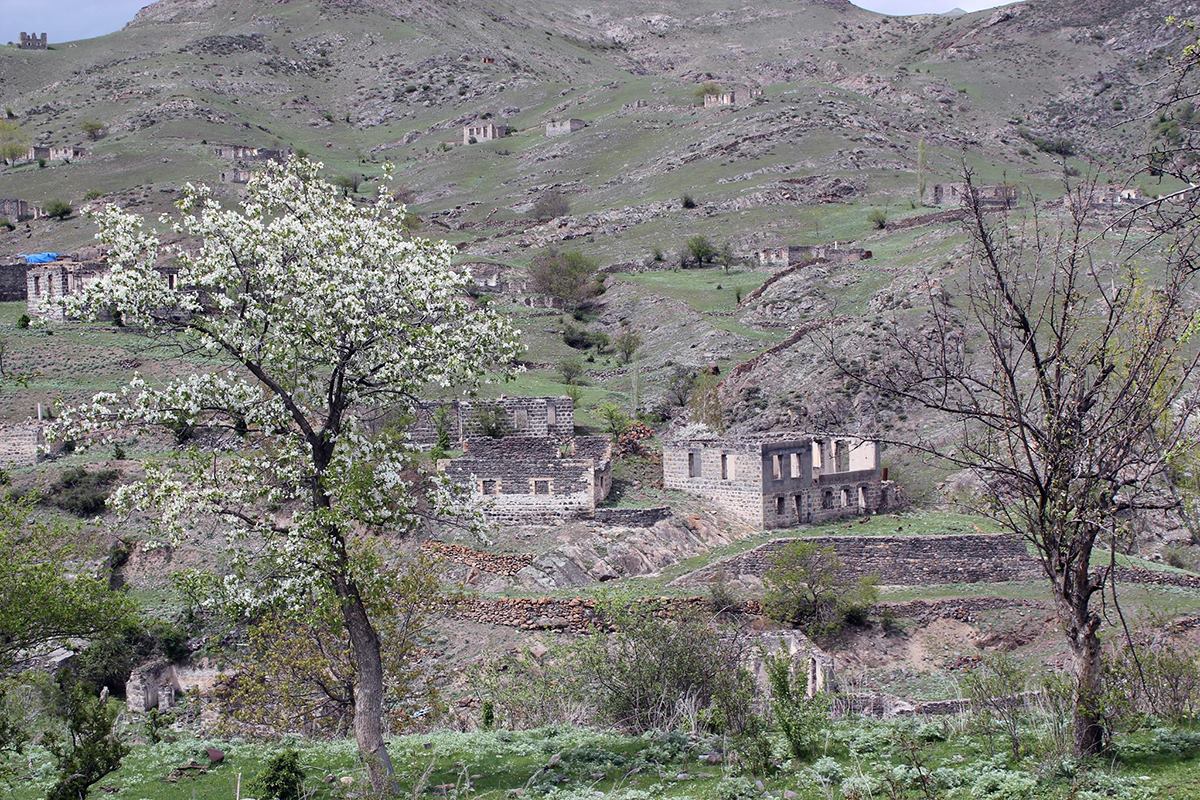 “No Armenian president is going to decide to give up even one centimeter of this land”, a local girl told me, with an air of certainty.

Like other representatives of the generation that grew up after the war, my young interlocutor was confident that any attempt to place even part of the disputed territories under direct control of Baku would lead to rallies in the Armenian capital, or possibly to civil confrontation in the country.

The Armenian side’s understanding of peace: ruling out use of force

In all my trips to Karabakh, I have been unable to find at least one person willing to agree to the return of the surrounding territories. This topic is directly related to the main issue: security.

In the post-war years, the surrounding territories turned into a “safety belt”. Local field commanders cannot imagine a voluntary “surrender” of strategic heights and territories, which have helped them to keep frontline skirmishes well away from Armenian settlements over the years.

The Karabakh war was the bloodiest of any of the internal conflicts triggered by the collapse of the Soviet Union. People who had lived side by side for centuries, who had very similar traditions and ways of life, found themselves on the opposite sides of the barricades. In the two years of fighting in Karabakh, more than 18,000 people died on both sides.

Unlike other European conflict zones, there have never been peacekeepers or international observers in Karabakh, which could have created another security guarantee in the region. There is only a buffer zone with a complex web of frontline fortifications and filled with a variety of weapons.

The April 2016 confrontation only added fuel to the fire. Many Karabakh residents personally felt the reality of the chance for an outbreak of war. This increased their desire to protect themselves even more. As seen from the Armenian side, one of the ways to accomplish this is to obtain status for the de-facto republic. 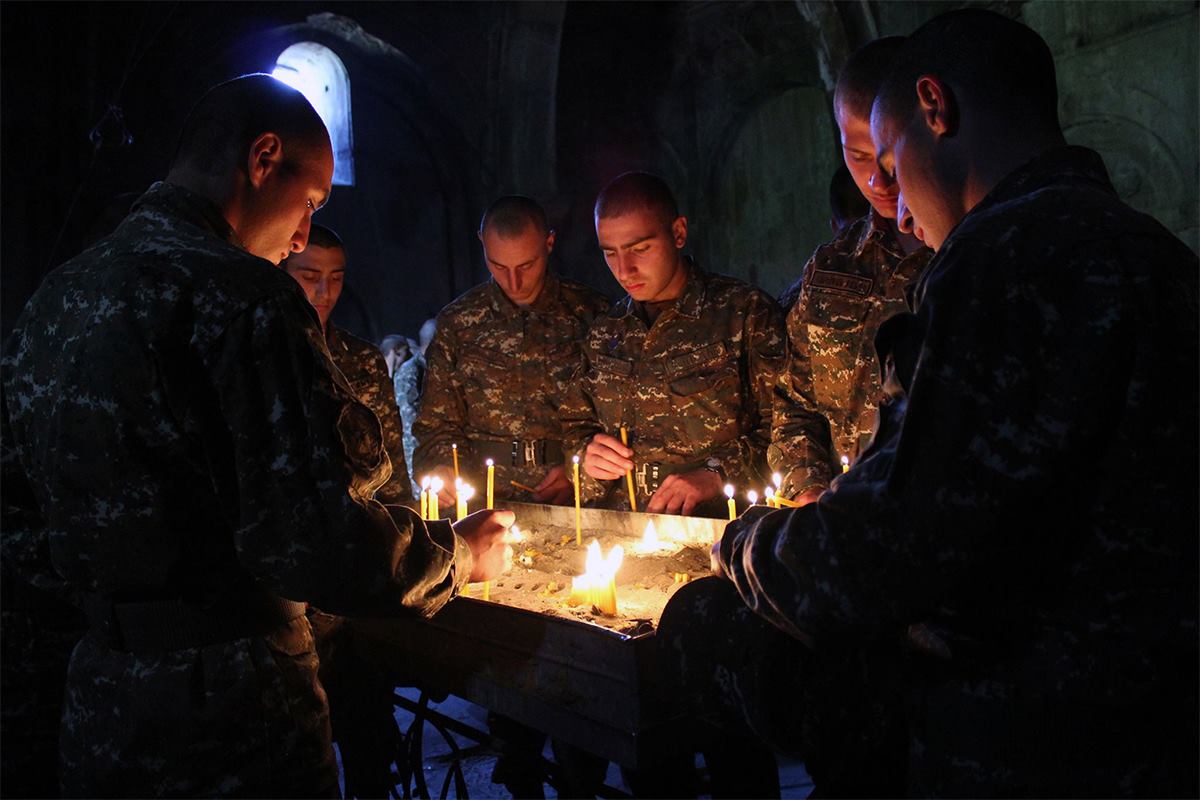 They are trying to accomplish this with the neg, which is unacceptable for Azerbaijan, which wants to keep Karabakh as a part of its state, thus returning this rebellious region into its control.

Despite this, unlike in Karabakh itself, it’s possible to encounter people in Yerevan, including senior officials, who say that the issue of the adjacent lands, as well as the entire conflict, can be resolved. However, this can only happen in one case: if Baku agrees to recognise the sovereign rights of the Armenian population of Karabakh. Simply put, recognition (of the prospect of) of self-determination of the de-facto republic outside the borders of Azerbaijan.

“How can they not understand in Baku that nothing can be accomplished without trust?!”, said one of my high-ranking interlocutors in Armenia.

He said that trust could have had the chance to emerge if Azerbaijan had voluntarily declared that war was excluded from the list of ways to resolve the Karabakh issue.

Otherwise, my interlocutor continues, the parties will continue to speak to each other in the “language of power”: accumulation of weapons, threats to destroy the civilian population, and continued regular exchanges of fire that threaten to turn into a major war.

The Armenian leader’s initiatives are linked to preventing the threat of war: increasing the number of OSCE observers, and launching an international investigation mechanism in the conflict zone.

Authorities in Baku have said that they would be happy to abandon military plans, but are tired of waiting for the moment when the Armenian side will be ready to resume the negotiation process and make concessions.

“War is the only tool we have left to force them to do something”, a young Azerbaijani official said. He sincerely didn’t want to start a war that would take the lives of his relatives and acquaintances. 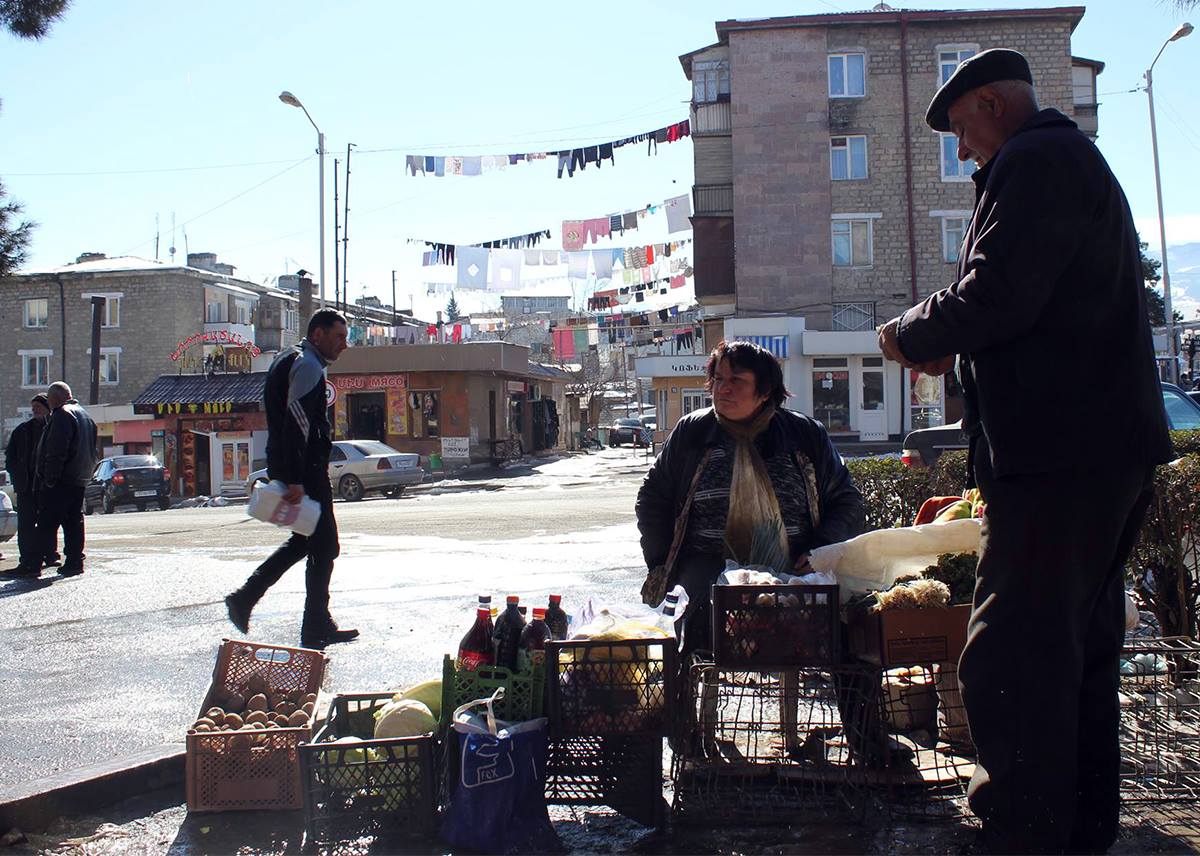 How to end a vicious cycle?

There is no simple answer to the Nagorno-Karabakh question. One should not expect a breakthrough or immediate solution to this long-term problem from the meeting of two presidents, which only worsened during the April confrontation and the subsequent growth of militaristic sentiments on both sides. The presidents will not be able to resolve the issue of Nagorno-Karabakh’s status, something that has been argued about for almost 30 years, in just one meeting.

The meeting of the two leaders can, however, give hope that the Karabakh issue will be returned from the frontline to the negotiating table. This would best be aided by effective relations among field commanders from both sides, in order to avoid further incidents on the frontline. If the presidents can manage to do this, their meeting on 16 October 2017 in Geneva will be considered the most serious breakthrough in the past few years. 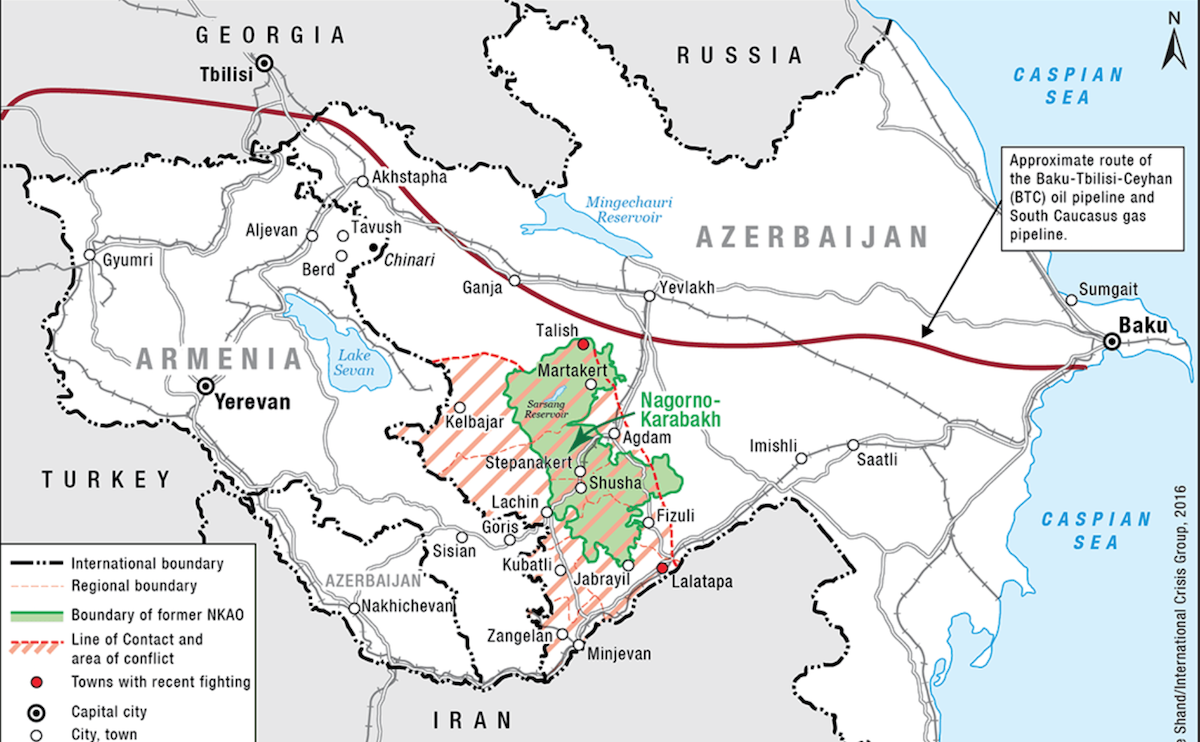