Hollywood film banned in Russia and Ukraine – but for different reasons 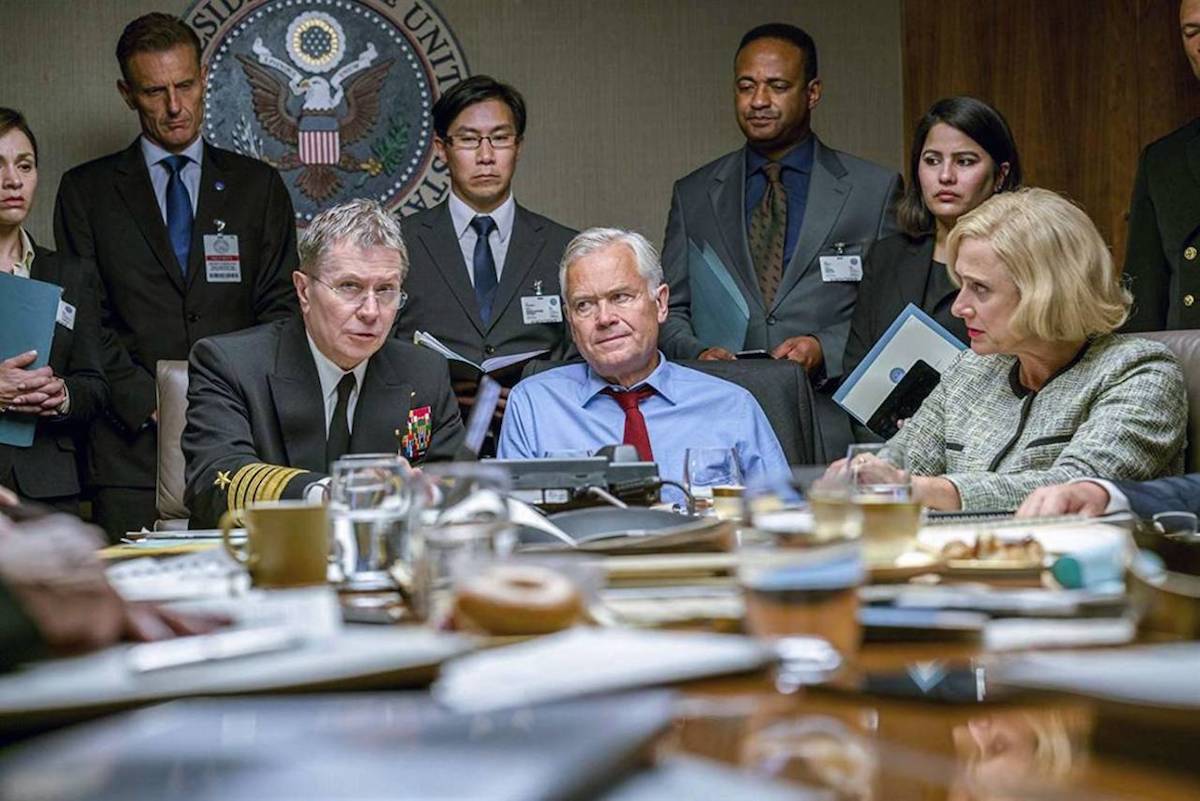 A scene from the film Hunter Killer

The action film Hunter Killer has not been released in Russia.

Why? The film depicts American intelligence agencies saving the Russian president. While the film was supposed to come out in Ukraine on 25 October, it too was banned there because it “demonstrates a positive image of the Russian army”.

• Georgian film included in American list of best films of 2017

The film depicts how the crew of American submarine “Hunter Killer” takes part in an operation to rescue the president of Russia from the hands of rebels who are preparing a military coup.

The Russian defence minister takes the president hostage, and the Americans, realizing that this could lead to a third world war, begin a rescue operation. In the end, the president is rescued by a squad of Navy SEALs, and the captains of the Russian and American submarines rejoice that they have prevented a nuclear war.

The film was scheduled for release in Russia on 1 November. However, the day before, the distributor of the film, Megogo Distribution, informed cinemas that the film did not receive a rental certificate in Russia. Later, the Russian Ministry of Culture announced that the documents needed for the issuance of a certificate were not received by them in time. The Ministry of Culture says that the distributor only handed over a hard-copy of the film on 30 October, therefore Gosfilmofond (the film archive of the Russian Federation) where unable to verify the quality of the copy. According to the organization’s chairman, Vyacheslav Telnov, it will take three to four days to resolve the issue.

“All the necessary documents simply need to be submitted in the proper form,” says Deputy Minister of Culture Pavel Stepanov.

It is still unknown whether the film will be released in Russia or not.

The film will not be released in Ukraine – it was banned on 25 October when the film was first shown in the United States. The Ministry of Culture did not give the film a screening license, citing an amendment passed in 2015 to the law on cinematography, which prohibits “the distribution and screening of films, the goal of which is to popularise the bodies of an aggressor state and/or Soviet state security organs”.

“I watched the film, and it has a positive image of the Russian president and admiral of the Russian army – the law prohibits the screening of such a film. The decision [not to screen the film] was made by an expert commission,” explains Sergey Stukanov, a committee member at Goskino who oversees the distribution and screening of films. He added that it is unknown whether cinemas had suffered losses, but he believes that it is unlikely:

“Distributors already know what can and can’t be shown. Everything was clear about the film.” However, some cinemas still announced that they would be screening the film.