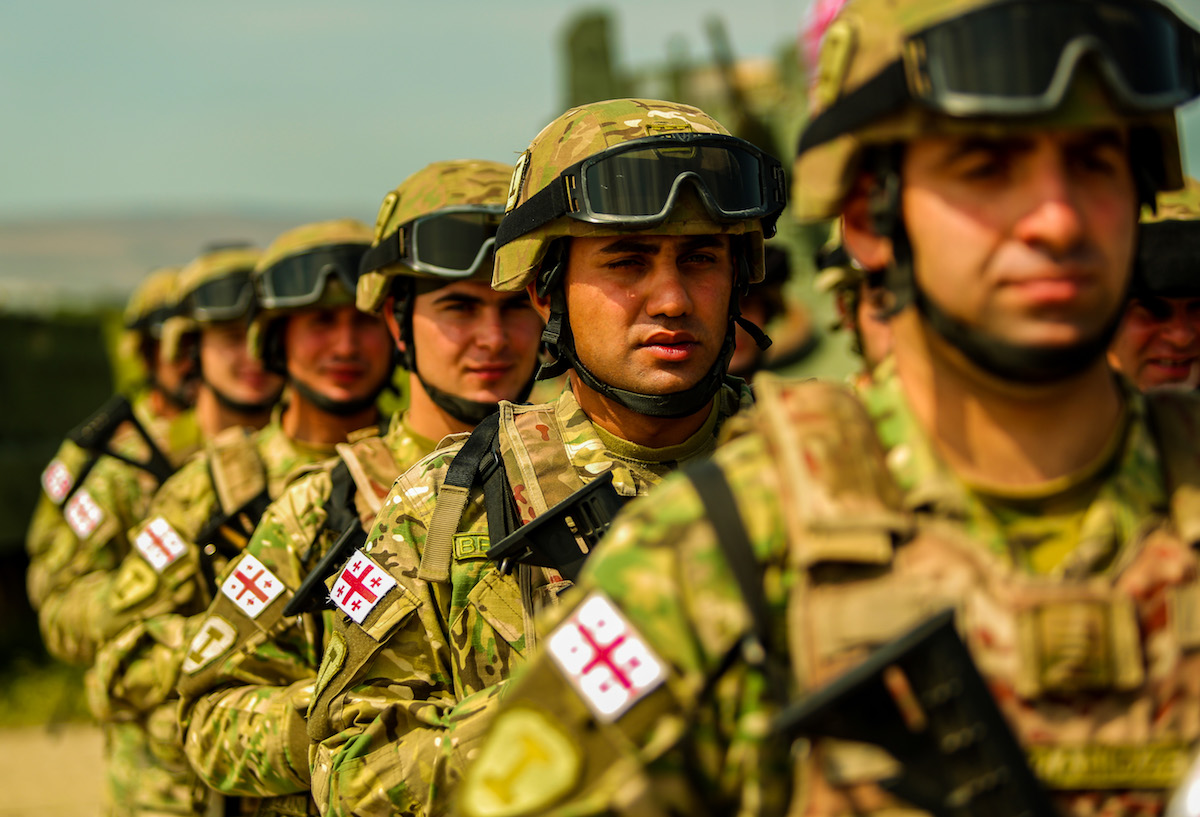 A multinational military exercise called ‘Noble Partner 2017’ was launched at the Vaziani military base on 30 July. Georgia is hosting the NATO exercises for the third time already. This year, unlike previous years, the exercise is conducted on a large scale and involves eight NATO member and partner states. The military servicemen from Georgia, USA, United Kingdom, Germany, France, Turkey, Slovenia, Armenia and Ukraine, will undergo active training for 13 days.

According to official information, ‘‘Noble Partner 2017’ aims to improve skills in stability and combat operations, increase the interoperability of the United States, Great Britain, Georgia and partner countries, increase combat capabilities of the NATO Response Force (NRF) and interoperability of its units.

‘Strength Through Partnership’ is the key message of the military drills, involving over 2 800 servicemen.

Georgian legislative and executive government officials, as well as representatives of the international diplomatic missions accredited in Georgia, attended the military exercise inaugural ceremony. As Georgian Defense Minister, Levan Isoria, emphasized in his welcome speech, the military exercise was of particular importance for Georgia, as well as for the entire region, since it allows for intensified cooperation and boost the Armed Forces’ potential, as well as would bring the country closer to NATO standards.

“You could see the countries that are represented here. So, it’s not a signal of any kind of aggression. On the contrary, it’s an attempt to help Georgia strengthen its sovereignty and independence.”

The exercise is divided into three phases: Phase 1 provides for adjustment of firearms, as well as live-fire from armored vehicles, artillery installations and light weapons.

The second phase will be held at the platoon level. It provides for theoretical and practical exercises in combat shooting.

The final, third phase involves field technical training, during which the participants will take part in defense and attack operations, as well as in laying of mines and de-mining operations etc.

The ‘Noble Partner 2017’ is part of the U.S. Army Europe-led exercise cycle in the Black Sea region, involving the territories of seven countries. The drills have been organized by the Georgian Armed Forces and the U.S. Army Europe Command. The ‘Nobel Partner-2017’ is held under command of Col. Shavlego Tabatadze, East Commander of the Land Troops of the Georgian Armed Forces (GAF).