Faith, collective farming and sour cream: how the Russian Molokans preserve their ancestral traditions in Azerbaijan 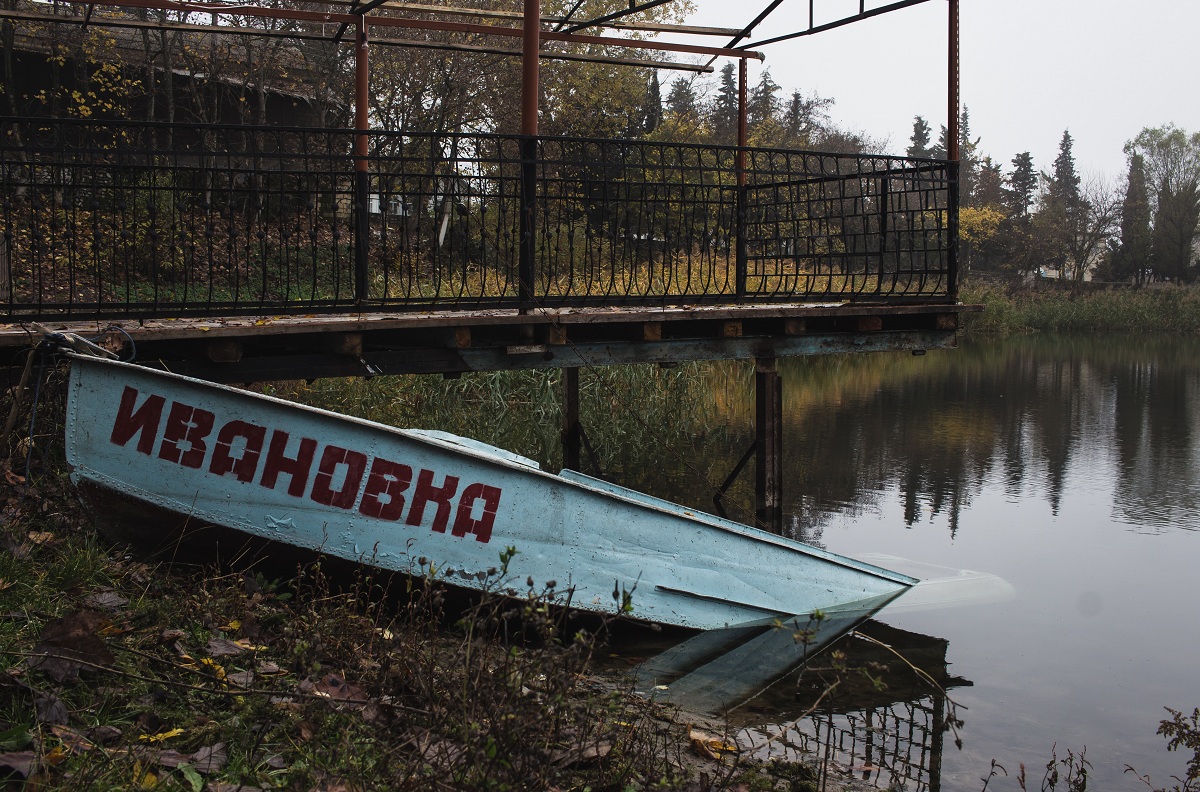 “You don’t need to lock your car. No one is going to break into it!” says a woman laughing. She is wearing a long skirt, a jacket, and has a light-colored headscarf around her head like many locals have. She shows us which house to go to for dairy products.

In the Azerbaijani village of Ivanovka people still don’t lock their doors because there is practically no crime. The village is also known for its delicious dairy products – sour cream, cream, cottage cheese, cheese, and famous ‘Molokan’ sauerkraut.

Ivanovka is facing hard times now. Just talking a walk down the street makes it apparent. Many shops and houses, as well as a picturesque but neglected pond leave an impression of abandonment.

There are mostly elderly people in the streets. The youth leave for Russia en masse either to study or live there, and that’s mainly via the Russian embassy’s assistance. Others move to Baku.

People in Ivanovka are nice and friendly. Many in the street greeted us like old acquaintances. You can enter any house. People will be happy to communicate with you and offer advice if necessary. However, things are quite different when it comes to an interview – people don’t want to talk about the situation in the village in front of the camera. They say they are afraid of trouble.

Over two hundred years ago the Molokans were considered to be among the ‘particularly pestilential heresies’ in Russia. They refused to accept Orthodoxy and didn’t recognize icons and crosses. Catherine II was the first to exile the Molokans from Russia’s center to the distant provinces. In 1834, after a tedious journey, the Molokans finally settled down among the bosky hills, in the Ismailli province of Azerbaijan (a part of the Russian Empire at that time).

Nadezhda Vasilyevna Zhabina is a history teacher in a rural school. Her children left for Russia, because, as she put it, ‘the circumstances were such’. But they frequently come to their native village and miss it very much.

Who are the Molokans?

Nadezhda Zhabina says that the Molokans easily found common ground with the Azerbaijanis. What the locals liked about the Molokans was that, just like Muslims, they don’t recognize icons, don’t drink or swear. In Azerbaijan, the Molokans from Ivanovka are primarily known as good and honest workers.

Tatyana Kozoriz has been living in Baku for quite long already. We asked her to say in what way the Molokan religion differs from the ‘rest’ of Christianity.

How do people in Baku react when they learn that Tatyana is from Ivanovka village?

“For some reason, people immediately recall tasty food,” she says laughing. “Their very first reaction is: ‘Oh, Ivanovka, they have delicious sour cream, milk and cottage cheese there’.”

It should be said that not all the residents of Ivanovka village strictly observe the religious customs. Also, earlier on ethnic Russians made up the majority, whereas now they make up just half of the village’s population. So, the Molokan community, albeit slowly, is dwindling in number.

Mikhail Zhabin is 82. He lives alone in a house which he built with his own hands, and he also made the furniture there himself. Uncle Misha has fifteen hens and he soaks the compound feed for them daily. He likes to make jokes, and he treats with an indulgent good-naturedness those young people who don’t know such simple words like ‘mattock’ or ‘dray’.

Uncle Misha has worked on the collective farm nearly all his life, since he was 10. He has worked his way up to become a tractor driver and he is very proud of that.

The collective farm was set up in Ivanovka in 1936. Under the leadership of a notable chairman, Nikolai Nikitin, who was only 27 when he assumed office, the collective farm yielded an unprecedented profit to the village. The village was developing, the roads were paved and a hospital and nursery school were built. Workers were paid for ‘workdays’, roughly speaking for the amount of work performed. The chairman was strict, but fair. Nikitin headed the collective farm for 41 years, and the residents of Ivanovka recall that period with rapture, reverence and sadness. They recall it with sadness because now the collective farm is ‘not the same as it used to be’.

The residents of Ivanovka speak about the collective farm

We traveled to that once-renowned collective farm. We stopped in front of a huge gate.

A watchman met us, saying the executives were not there. He asked us to wait for 15 minutes while he called the administration.

He came out of his tiny cabin five minutes later, looking very much surprised. He said we couldn’t see around the place as there was a quarantine there.

Apparently neither the watchman nor the collective farm workers had any idea that there was a quarantine there. However, we couldn’t get inside nor were we allowed to even photograph the cabin. We managed to only take a photo of a dog tied up nearby.

The attempts to steal the collective farm

“We aren’t stealing anything. We just get our salaries in kind – in products, like it used to be in Nikitin’s times.”

That’s how the farm workers explained their actions to the collective farm chairman Nikolai Dubrovin. Dubrovin, a nephew of Nikitin tried to carry out reforms on the farm in 2015. For that purpose he gained the government’s support through the assistance of a businessman from Baku.

However, the reform wasn’t carried out due to a strong resistance on part of both the locals who suspected it of being ‘a dirty trick’ (‘they will register their ownership of the collective farm and deprive us of everything’) as well as the executive authorities of the Ismailli province who finally implemented their own, ‘voluntary-compulsory’ reforms and got full control of the collective farm.

The point is that following the land reform in Azerbaijan, the Nikitin collective farm maintained its older status in accordance with a verbal instruction of President Heydar Aliyev. It was later defined as a ‘partnership’, but it maintained its 1970-style charter. The collective farm convened general meetings to decide on important issues or to elect a farm chairman. However, after the executive government intervened in the matter, the government’s loyal ‘Board’ was set up and the collective farm chairman became fully dependent on the Board.

Now Ismailli authorities don’t have to fear that a strengthened collective farm ‘will occupy’ Ivanovka’s entire economic space and that the chairman will be able to control this space.

Despite its desolation, the streets in Ivanovka are different from those in other Azerbaijani villages. For example, you won’t see any cattle grazing in the street because one will be fined for that. Such order has been maintained since the times when the village flourished. The air remains clean, and you won’t accidentally step into ‘a cow pie’.

Furtermore, there are lots of visitors walking around Ivanovka. There are visitors from Baku and other cities of Azerbaijan as well as some international tourists.

“Russian tourists rarely come here. They are simply not interested in the Russian village. Mostly foreigners and Azerbaijani residents show interest in this place. They look around and are interested in how people live here – their traditions, living conditions and daily routine,” says Sarhan Sadykhov, owner of the John & Tanya Ivanovka Guesthouse.

It was his mother Tanya and her husband, John, who came up with the idea of opening a guesthouse.

The youth still find this place a little bit boring. The visitor guys whom we met in the street also pointed to that:

“We like this place very much, it’s peaceful here, but that’s good just for a couple of days.”

“All my relatives live in Ivanovka. Although I often go there with my child, I still prefer to live in the city.”

Many years have passed since the time when Ivanovka ceased being a sated, prosperous village with a ‘millionaire collective farm’. Nevertheless, it remains a peculiar symbol of multiculturalism and it still is a unique brand. The village enjoyed such a high credibility that even now, when buying sunflower oil produced in Ivanovka, any Baku resident is sure that it’s made only from seeds and it doesn’t contain any additives.

How those advantages are going to be used to preserve and revive this unique place depends not only on the authorities but on the locals as well.