Do you also remember seeing a giraffe at the Tbilisi zoo? How human memory works 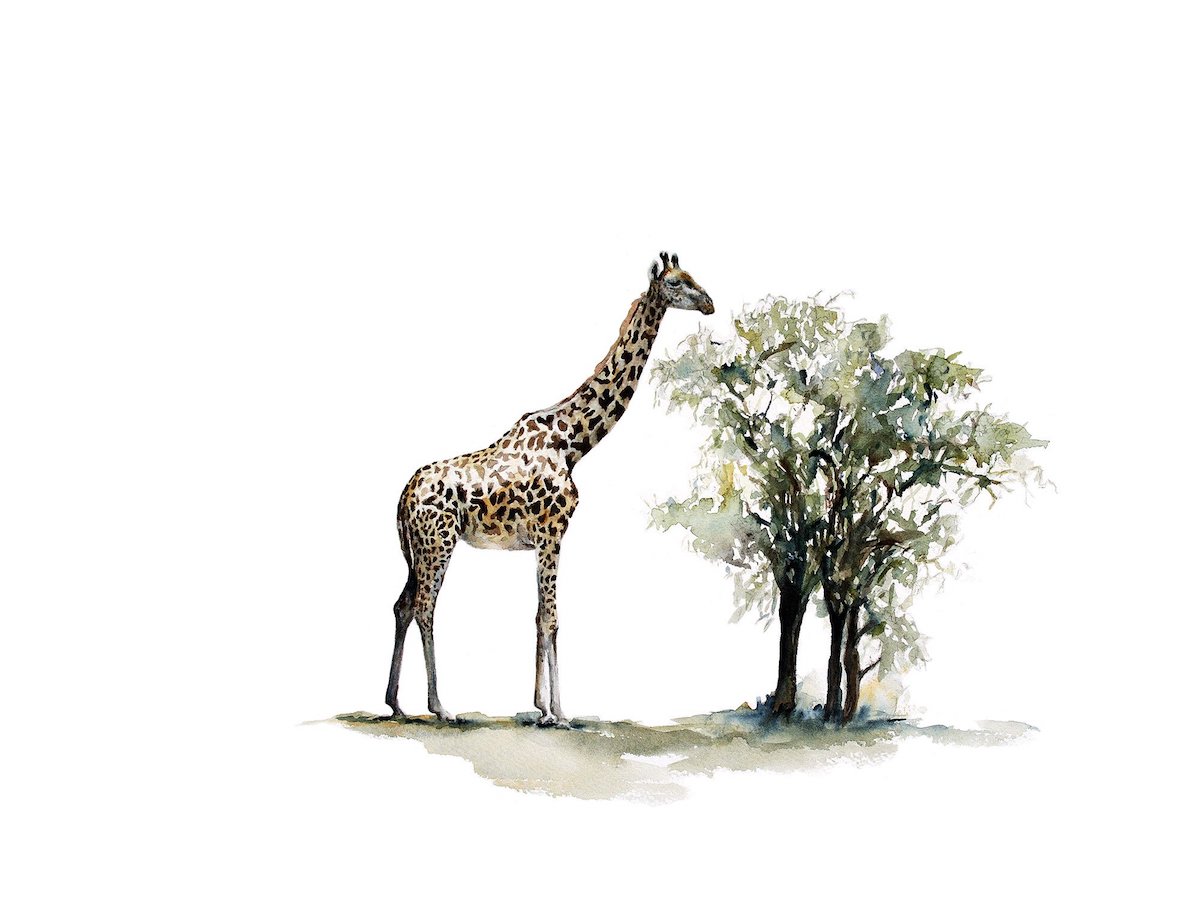 The River of Consciousness (2017), one of the last books written by American neurologist, doctor and writer Oliver Sacks, was an instant bestseller.

It was read by millions of people, including laymen.

JAMnews author Eka Chitanava takes a closer look at Sacks’ discussion of memory, using a Tbilisi urban legend to answer the question: What does our memory consist of, and can we trust it?

The answer will surprise you.

I don’t remember how the discussion began, but about two years ago, Georgian Facebook users were avidly discussing a giraffe they remember seeing at Tbilisi Zoo.

Most of these remembrances dated back to childhood:

“I remember very well seeing the giraffe spit at someone.”

There was no giraffe.

Well, there was – at some point in the sixties, for a few weeks at most. But then he died. Others in the know, however, doubt the veracity even of this statement.

• Records from the Dry Bridge

So then – why is everyone so sure that they saw a giraffe in Tbilisi Zoo with their own eyes? They are not convinced by the arguments of the zoo’s administration or of zoologists, claiming that they ‘see’ much more clearly with their memories than with officials’ and others’ statements.

“You never saw a bombing”

Oliver Sacks devotes much time to the phenomenon of false memories in his book The River of Consciousness.

He uses a personal example of when he was writing his autobiography, Uncle Tungsten: Memories of a Chemical Boyhood, about his family during the war.

In the book there is one passage related to the bombing of London in 1941. The author recalls that tragic day:

“The bomb fell right in our yard, in front of the house. A fire started. My father and older brothers tried to put out the fire with water, but the fire spread too quickly … metal melted,” Oliver Sachs recalls.

A few months after the book was published, Oliver shared these memories with his brother Michael, who was five years older. Oliver was amazed when Michael said: “You never saw the bombing because you weren’t there.”

“What are you talking about? How have I not seen it? I remember well our father with the pump, and Marcus and David with buckets of water. And I saw it all with my own eyes! What do you mean I wasn’t there!?” asked an outraged Sacks.

“You never saw the bombing. As soon as the war began, my parents and I sent you to boarding school. During the bombing we weren’t in London, we were in Brierfield. David sent us a letter in which he described in detail what happened.”

Sacks realized that the image of the bombing and fire in his mind was formed after reading his brother’s letter, and then his mind simply ‘appropriated’ the memory.

Our memories are full of mistakes, and it likes to, from time to time, both embellish and create memories that we never experienced. Sometimes you can even take on other people’s memories, and consider them to be your own.

The plaintiff claimed that the song was very similar to the 1962 hit He’s So Fine by the American group The Chiffons, the copyright of which belonged to him. Both songs were analyzed note by note, and it turned out that both contained an almost identical musical phrase.

Harrison admitted that he listened to the song of The Chiffons in the 1960s when it hit the British charts. But at the same time he categorically denied that he had intentionally committed plagiarism.

The judge stated: “I believe that you did it unintentionally … although by law this is a violation of copyright … albeit involuntarily committed.”

Harrison was acquitted, but forced to cede the rights to the song.

By the way, it was this decision of the US Court of Appeals that became the basis for the precedent on intellectual property rights.

“Have you read Fitzgerald?”

Something similar happened to my friend. A couple of years ago, he spoke to me about a case of ‘involuntary plagiarism’.

“One idea arose, and I realized that I was approaching something brilliant. I didn’t have the patience to wait. I invited a friend over for wine – not to drink, I just wanted to share the idea. It’s not every day that a brilliant idea is born! I shared the idea with him, and said I could even imagine it coming out in Hollywood. I was telling him, and telling him… and then he looked at me astonished, and asked: ‘Have you read Fitzgerald? What you’re talking about is The Curious Case of Benjamin Button by Fitzgerald. And what’s more, Hollywood has already made a film based on the book.”

The story of involuntary plagiarism appears in the memories of Mark Twain as well.

“My book had just come out when one of my friends said: ‘It was a very good take. I always liked it, even before I saw it in your book Innocents Abroad.’”

“What do you mean – where could you have seen it before?” Twain asked.

“The same take can be seen in Oliver Holme’s collection, Songs in Many Keys,” his friend replied.

Twain and his friend went to the nearest store where the writer wanted to reassure himself that his friend’s words were simply absurd.

“However, I opened Holmes’ book and I saw the same thing, word for word. It turned out I had stolen it,” the writer recalled.

Mark Twain, to mitigate the incident, wrote a lengthy letter to Holmes with apologies and explanations. Holmes took the event calmly. He believed that writers generated ideas by gathering questions, hearing stories and reworking it in the subconscious – and anything can happen then.

Never got lost in a mall

American neuroscientist David Eagleman studies brain plasticity, time perception and synesthesia. In his book and in the BBC documentary The Brain: The Story of You, Eagleman talks about the peculiarity of memory.

“Memory is not a video of the passage of life, it is a state of mind in the past that is restored so that you remember something,” says Eagleman.

Important discoveries about brain plasticity have been made by Elizabeth F. Loftus as well, a professor at the University of California.

How can we have erroneous memories?

To clarify this, Loftus conducted an experiment: she contacted the families of several participants and studied their biographies.

She then took three stories from the participant’s childhood and fabricated a forth about how the child was lost in a shopping centre, and how a nice old woman finds them and eventually returns them to their mother.

During an interview, the participants were told all four stories. About a third (29%) said that they remember how they were lost in the mall despite the fact that this never happened to them. According to Loftus, during the follow-up interviews, a quarter (25%) claimed they still remembered the event, as well as details of the story – “the old woman had a strange hat”, “I had a favorite toy with me”, “my mother got very angry” and so on.

Eagleman says our past is not an accurate record of facts, but a mythologised reconstruction. Memories consist of stories that others have told about us, or that we have told ourselves. Some memories are assumptions about what might have happened, others are a reflection of literary works or films.

One of the most important components of the brain is the hippocampus, and together with memory, it creates an identity – that is, a constantly updated and endless narrative about ourselves.

Let’s go back to the story of the giraffe.

Spotted long-necked creatures roam in our collective consciousness. They lived in the Tbilisi Zoo. The more people say that they saw a giraffe in childhood, the more people will believe in the accuracy of their memories.

“I remember the giraffe in the Tbilisi Zoo. I remember it as if it were yesterday. I was little, and my father took me to the zoo. Did we have a collective hallucination?!”