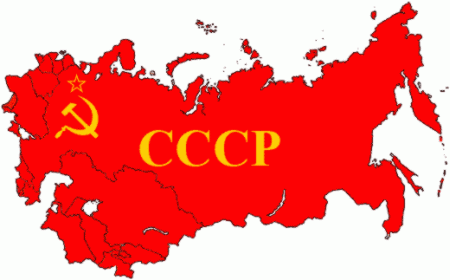 The issue of expediency of introduction of the common currency in the Eurasian Economic Union (EEU) member-states has been discussed for a long time. In some economists’ opinion, the common currency will have a positive impact on development of the participant countries’ economies, others assure that haste in this issue will do harm to the Union’s member-states. Whose arguments are more convincing?

Return to the Soviet Union through common currency

According to Ruben Megrabyan, an expert of the Armenian Center for Political and International Studies, the issue of introduction of the common currency has no economic goals, this is Putin’s idea of turning the EEU into the Soviet Union, thus it is the political issue:

“The so-called Eurasian Economic Union is only a veil, behind of which Russia pursues policy of takeover of post-soviet countries and eradication of their statehood.

How real is it

“Europe began integration processes after the World War II, but the common currency was imposed in 2000s. This is a rather complicated process, taking into consideration that economies are at the different level of development,- explains Tatul Manaseryan, an economist. According to him, countries of the fourth-level economic integration have the common currency. First of all the countries must formulate the first three levels: 1. Free trade zone; 2. Customs Union; 3. Common market. It will be uneasy to transfer to the common currency until economic, social and budget-tax policy have not been unified. Natalia Orlova, a senior economist of the Russian Alfa-Bank stated that two countries had reservations in the issue of the common currency. The EEU cannot use the common currency until all its members make consensus on this issue:

“For example, Kazakhstan has directed vectors of cooperation at China, as for Russia, it tries to adhere to rather independent policy. If we take into consideration these factors, use of the Ruble on the Union’s territory may be uninteresting for Kazakhstan.

Each country has own geopolitical interests that may not coincide within the EEU framework. The Union was set up proceeding from the basis of the Soviet Union’s economy, but now reality is different, thus interests diverge.

Nevertheless, Orlova considers that the use of the common currency in the Union’s territory will facilitate trade between the countries as they will not sustain losses in the process of currency exchange.

What do Armenia residents think about introduction of the common currency Angelika Grigoryan, 74, says that Ruble circulated in the Soviet Union times and everything was easier: “I travelled much with Rubles, visited Moscow, Leningrad, the Baltic countries, travelled throughout the world. At present, one has to exchange money in order to go anywhere, you return back and exchange currency again to Dram, great sum is lost as a result of that exchange.

In Gayane Manukyan’s opinion, introduction of the common currency will not change anything in her life. The 52 year-old dance teacher considers that there is no principal difference whether to buy food for Rubles or Drams if the prices for food have not changed.

“It makes no difference for ordinary people whether to pay Rubles or Drams. This will influence considerably rich people, who have accumulated great capital. As for me, it makes no difference whether I will buy a loaf of bread for Rubles or Drams. If a price for bread does not change, it will not matter what is written or depicted on the banknote.

Common currency at the expense of loss of independence

According to Mikael Melkonyan, the economist, the National Assembly member, the issue of introduction of the common currency requires an in-depth discussion, since withdrawal from the national currency equals to renunciation of the statehood. Each country’s currency is an important attribute of the country’s independence:

“Serious political transformations in the vision of the country’s future are necessary for transfer to the common currency. At present, nobody, including Russia, is ready for that, Melkonyan noted, recommending to think seriously whether we are ready to sacrifice our independence. Vardan Ayvazyan, Chairman of the Permanent Economic Commission of the National Assembly, MP from the ruling republican faction, noted that at the present stage the countries-participants are not ready for introduction of the common currency. At the same time, he does not exclude it may become a reality one time or another. According to him, before introduction of a common currency of acocunt, the methodology of mutual settlement between the EEU member-states need to be developed.

Another official source, Armenian Central Bank President, Arthur Javadyan, announced, that the issue of transfer to the common currency within the EEU framework was not discussed at that stage. At present, the matter concerns only the creation of a single unit of account.

What is a common unit of accounting? Countries, cooperating with each other, choose one currency (US Dollar, Ruble, Dram, Euro or any other currency) and carry out interstate settlements, using these currencies not to bear losses in the process of currency conversion during transactions, import and export.