From The Caucasian Knot 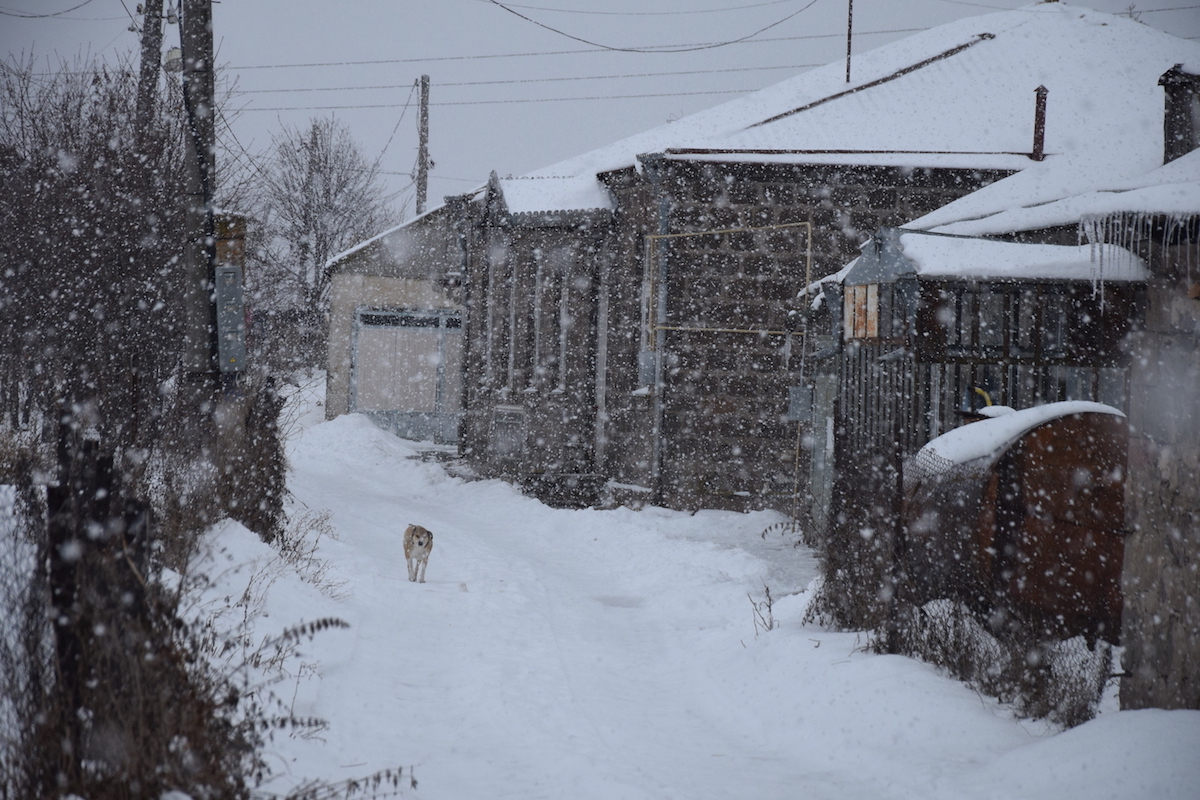 On December 25, only two out of ten villages in Javakheti will celebrate Christmas because of the shortage of priests.

Next morning after the Christmas liturgy ,both priests are to visit the remaining eight villages. That is, if there is no snowfall, blocking the roads into the mountains.

Javakheti is the historic name of a part of Georgian Samtskhe-Javakheti, the Ninotsminda and Akhalkalaki municipal districts now. It is a mountainous region, where summer is short and winter long and severe, making many villages inaccessible.

Christmas service in most churches under threat

The Armenian Catholics live in ten villages, four of them belonging to Ninotsminda.

Anton Antonyan lives and serves in Ashtiya, Andrey Yanitsky in Turtskh. They visit other villages occasionally.  A priest comes when he is needed – for weddings or christenings.

‘Priests are few, they cannot be physically present in every church,’ Avtandil Dulkhanyan says, a parishioner in the village of Khulgumo.

The Javakheti residents call it Georgian Siberia. Houses here need heating until mid-May. Many villages are inaccessible even in summer because of the poor roads. On December 21 the villages of Alastan and Varevan could not be reached by cars. Sometimes drivers spend days on the roads, freezing, because of heavy snowfalls.

The two Catholic priests in Javakheti spend most of the time in the villages they live in, that is why their residents have a reputation of religious and educated people.

The young people in the Catholic villages of Javakheti seldom go to church, do not know how to take communion or to confess, local residents and priests observe.

Local residents claim Christmas to be purely “religious, spiritual” holiday for them. The day to pray and go to church, that doe not necessarily has to be decorated. The less ascetic ones will celebtare with families , but there is no tradition for gifts.

“We do not celebrate Christmas the way other Catholics do. We go to church, pray, light candles, then return home”, Nina, the Khulgumo resident, says.

The Armenians accepted Christianity in 301 as the national religion, but it has been actively spread in Armenia for two centuries prior to that. 350 years ago, in 1666 the first Bible in Armenia was printed in Amsterdam, the date celebrated widely in 2016.

Christianity is one of the factors uniting the Armenians worldwide.

It is often the priests who help to establish ties between the Armenian communities.

The Catholics in Javakheti are called “frangs”. The etymology is explained by the fact, that the first Catholic priests were mainly French and Italian, but the word has other meanings – “crusader”, “European”, “alien”.

“They used to call us frangs, and that was rude. Now I am glad to hear the word, because it simply depicts my confession, and that is all”, a woman from Ashtiya says, who declined to identify herself.

“Frangs” is not the only term.  Ninotsminda the Catholics are called “msheli”, in Akhalkalaki – “khas” or “gbo”.

The priest at the Surb Khach church says, both Ermenian churches – the Catholic and the apostolic – are loyal to each other. The latter one, for instance, agrees to crown the Catholic and lets them choose between the two after that.

Anton Antonyan, the priest from Ashtiya, claims, the Armenian Catholic church is allowed more freedom by Vatican than others worldwide.

‘We are allowed by Vatican to serve the Christmas liturgy both on December 25 and January 6 (Christmas day for the Armenian apostolic church – The Caucasian Knot)”, he said. “It is an exception. Even the European Catholics do not enjoy such freedom. We work on the same territory, having no conflicts or misunderstanding.’