Armenian woman robbed of son in hospital, fighting to get him back

Forty-year-old Narine Nikoghosyan says her whole life is a never-ending chain of trials, and the last five years have been just hell.

All this time, she has been suing to have her five-year-old son returned to her.

The first time she saw him was in hospital, then later in a video submitted to court when he was two and a half years old. She saw him again later, from afar, when he was four years old.

“Now I sometimes think: this didn’t happen to me. It can’t be true. This is a dream, I’ll wake up and everything will be fine. I was not ready for all this. No one can be prepared to have their child taken away from them,” she says. 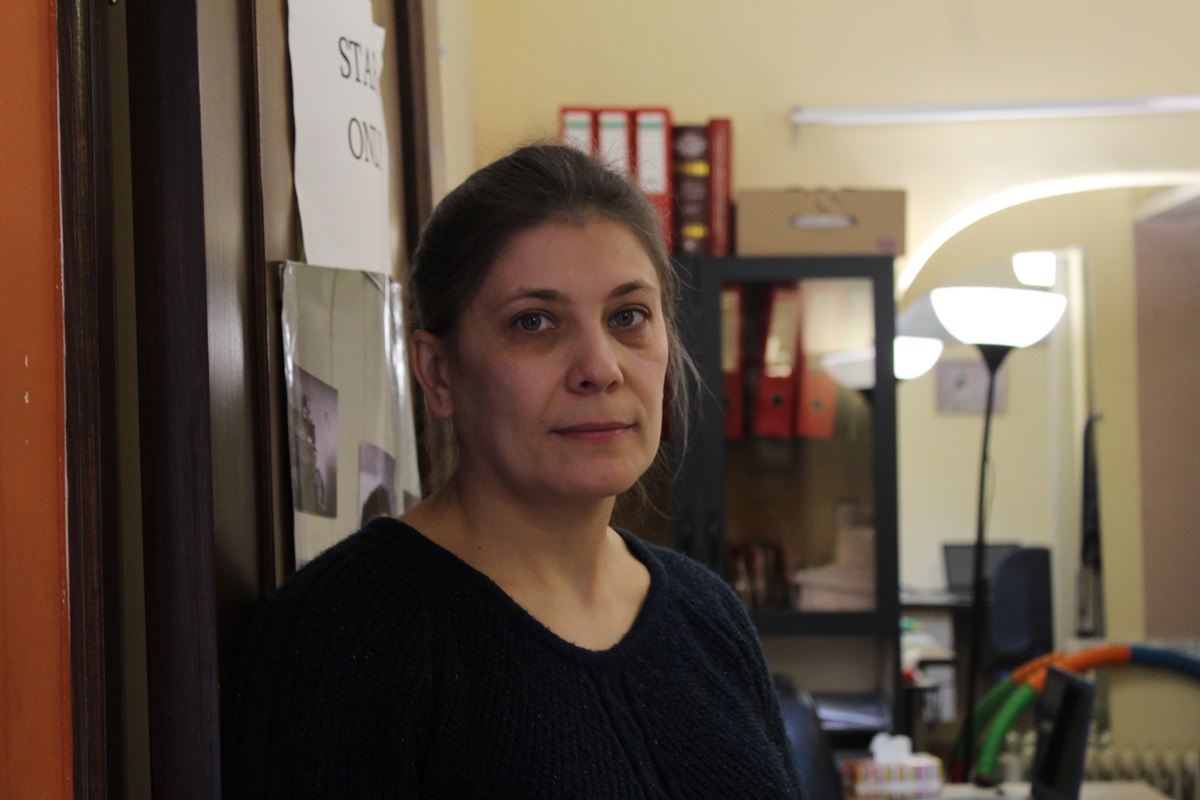 Armenian police statistics show that from 2015 to 2018 there were only two allegations concerning the sale of children, and both lodged in 2018. A criminal case was not opened for the first and in the second case, the investigation began but was quickly shut down. However, in the same period, four reports of the sale of children appeared in the press.

Narine was born and raised under rather difficult family circumstances. She was burdened with worries during her school years because she had to care for her parents who were hard of hearing. She cared for them and her sisters too, and ran the household. Teachers at school were outraged that a capable, intelligent girl could not go to school for days at a time.

“I was 19 when I had to leave my parents’ house. Living in such an atmosphere was no longer possible. I really wanted to continue my education, but there was no way I could. I started working in different places: I cleaned, did administrative work — all to ensure a decent life for myself. Loneliness is a terrible thing. It is impossible to talk about, to explain. I was completely alone,” says Narine.

She was 30 when she realized that she wanted a child to whom she could give her love and share her life with. She decided to adopt a child. But for a single woman, adoption is a serious problem. Friends suggested thinking about artificial insemination:

“I started going to different doctors. Some of my friends recommended Hrach Galustyan. It turned out that I have serious health problems. The treatment lasted five years. During this time, I made friends with the doctor and his wife, and there were no problems with trust. But even after my treatment, I was given my sentence: I can never have children.”

She seemed to have come to terms with loneliness. But, she suddenly fell in love. And then life gave her another surprise: weakness and fatigue which tormented her for several months. However, it turned out to be signs not of illness, but of a pregnancy:

“It was a miracle. I knew that I could only count on myself. There was no option of my parents supporting me, and my boyfriend did not believe that it was the time to have children. The only person I could trust was my doctor. I went to the hospital to terminate the pregnancy, but suddenly I started to have severe pain. I felt my child clinging to me, like he wants to live. I escaped from the hospital and decided that he would be born.”

She worked and saved money to buy items necessary for her child. All the while, the same old doctor was watching the pregnancy, encouraging her and telling her everything would be fine. At one point, Narine could no longer work, and no one was waiting for her in her parents’ house. Dr Galustyan again came to the rescue.

“He said that one of his friends in Abovyan, near Yerevan, has an apartment in which no-one lives. He also said that I can live there before the birth of my child. I reminded him that I have no money and that I can not pay. He replied that these people just wanted to help. So I moved to that house. On the first day, I met the owner. I immediately felt uncomfortable from all the questions he asked me, but I was not in a position to refuse help,” Narine said.

In 2013, the police department of Lori region of Armenia detained a criminal group that was involved in the sale of children. Three members of the group were prosecuted. Article 168 of the Criminal Code of Armenia (the sale of children) provides for a sentence of four to eight years in prison.

Before the birth of her child, the owner of the house periodically visited Narine and took a particularly active interest. He would stand idle for a long time in front of a photo of his deceased brother in the apartment.

Narine says that she was ready for the birth of her son and had bought everything she needed, although there was still plenty of time before the birth.

One day she went for a regular visit to the doctor – but it ended in childbirth:

“The doctor said that I looked bad and gave me a pill – he told me it was a vitamin. I drank it, and in a few hours the contractions began. And then my doctor said that he could not help me deliver my child, that he was busy, and he sent me to the Eighth Hospital.

“He warned me that since nobody knew me there, they’d think of me as a ‘loose woman’, and so I should tell them that the father of the child was the owner of that apartment, that old man. I suspected something was wrong, but I was so scared that I could not help it. I thought only about the birth of my child.”

Narine was given three documents to sign. She read the first. The rest of them, as the elderly man assured her, were only copies. As it turned out, one of the signed papers was a document confirming paternity.

“On the day I was discharged, I left the hospital with a baby in my arms. In the courtyard a car was waiting for me – the owner of the house I was living in. I felt that something would happen, I was frightened, but I could not even imagine what it was. I was so weak I almost could not walk. I do not know what medicine the doctor gave me.

“I went to the car, and a woman offered to hold my child so that I could sit down. As soon as I gave him, the car drove off. I fell, tried to get up, and called for help, but I knew nothing came out of my mouth. It felt like I was screaming, but in fact I did not make a sound. The doctor said that nothing happened, and my child was just taken home. Unfortunately, this was not the case,” Narine said.

In 2011, the experience of the prosecution of crimes against the interests of family and children was studied for the first time in Armenia. According to this study, accomplices of such crimes are often employees of medical institutions, or are in most cases aware of what is happening. Often, the sale of children is “legalized” by means of paternity recognition documents.

As soon as Narine came to her senses after giving birth, she began to search for people connected with the abduction of her child. She turned to the police.

Dr Galustian left the country immediately. The elderly man claims that Narine herself abandoned her son and that he is the biological father of the child. He took the child and gave him the name of his deceased brother.

Human rights advocate Zaruhi Hovhannisyan first spoke out about what happened to Narine. According to her, this case is confirmation that there are cases of child trafficking in Armenia, but they are simply hidden.

“This is one of those cases when it is obvious – they took advantage of a woman in a vulnerable position, her post-natal depression and so on. In addition, the involvement of a doctor is evidenced by the fact that he left Armenia as soon as the case turned into a legal issue. All attempts to contact him have failed,” says Hovhannisyan.

Hovhannisyan says the investigation of the case was complicated by the fact that Narine signed legal documents.

However, the court did not take into account the psychological or physical condition of the woman when she signed them, and whether the nature and content of the documents had been explained to her.

Although the struggle to retrieve her child has continued for years, Narine has not lost hope.

“I know that sooner or later my child will be with me. Previously, the kidnappers managed in one way or another to influence the court decision. And I could not even aquire a DNA analysis that would prove that these people are not related to my son. Now I believe that the court will be objective, and my child will finally be with me.

“I know that thanks to my lawyer, I can obtain justice. It is difficult to cope with all the expenses, but I will not retreat. I work in four places, if I need to find a fifth job, I will, but I will not give up. Sometimes I am afraid that I will not bear it, but I also know that with the birth of my son I received an inexhaustible source of strength. My heart says that everything will turn out okay in the end,” says Narine.