«On the day I was giving birth, doctors told me that I was a dangerous patient and I needed to get a private paid ward; that I had to buy all the necessary stuff for the operation,” Laura Simonyan, 29, says.

This was the doctors’ reaction when Laura, pregnant at the time, told them that she was HIV-infected.

“My doctors thought that since I had HIV I must have got it from whoring around. They talked to me in a rude and disrespectful manner. First, they told me that if I wanted to be taken care of I needed a private ward and I had to pay 10 thousand drams (20$) per day. Then they told me to shell out 50 thousand drams (100$) to pay for all the gloves, robes, and bedding for the operation”.

“I told them I didn’t have that kind of money, that I had been prescribed to give birth in Yerevan and I couldn’t afford to pay. They asked me how I was going to raise a kid if I didn’t have money. Then they said ‘okay, you may pay only 25 thousand drams (50$)’”

• Order up: Armenian cafe serving opportunity for the disabled 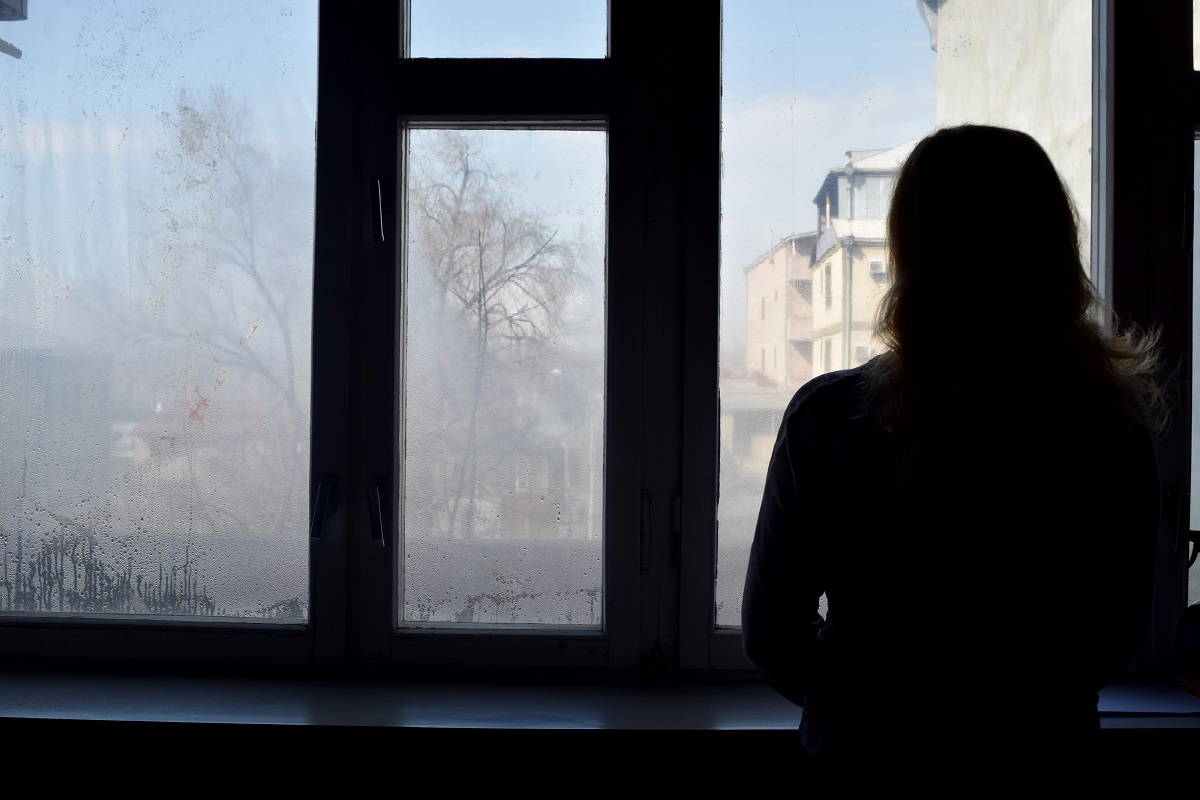 Laura first found out that she was HIV-positive five years ago. She had got it from her husband. Two years ago, they decided to have children. And this is when they first encountered discrimination and abuse.

“The day after the operation, I was in unbearable pain but no one came to check on me– neither a doctor, nor a nurse. They only deigned to see me after my mom had come visiting and the uproar she had raised in the hospital. They were so tactless that instead of simply doing their job they kept asking me questions about how I had got HIV and when I had found out about it. And on the day I was checking out of the hospital they told me that I ought not to have any more kids.”

The survey was conducted among 74 HIV-positive people. 76,2% of them said that they had been discriminated against in medical institutions and had been denied proper medical care.

The most common way the HIV infection spreads in Armenia is through a heterosexual intercourse (70%). This is the case for 97% of infected women.
[/su_quote]

Zhenya Mailyan of the Real World, Real People organization says that having HIV often means not getting proper health care.

“If someone with HIV needs an urgent operation, and the doctor finds out about the infection they immediately send the patient away. They assure the patient that the operation isn’t urgent or that it may make things worse. Or else they tell the patient to fork over money in addition [to the official operation cost], saying that they will have to replace all the [medical] instruments after the surgery.”

Artur Markaryan, 32, suffers from hydronephrosis. For two years he applied repeatedly to four different hospitals, asking for a surgery, but they all turned him down.

“First, they told me: ‘you need a surgery, we’ll do it’. But as soon as I told them that I had HIV they would change their mind: ‘wait, we need to check with the management if we can give you a surgery here’. Or else they would tell me: ‘wait until the scars have healed, if you are operated on now, it might get worse for you’. So, they would cite different reasons to avoid operating on me”

In the meantime, Artur’s health was deteriorating, says his wife, Susie Abgaryan.

“He keeps getting open wounds on his legs. He had to wear compression stockings for his veins. I was going crazy thinking that there was no cure, that there wouldn’t be any operation and that he would have to live this way for as long as he had left to live. He, too, had lost hope and stopped asking for help.”

Finally, the fifth hospital they had approached agreed to do the operation, says Susie.

The Armenian constitution supports any HIV-positive person’s right to receive medical care, as do the laws “On medical care and services for the population” and „On the prevention of diseases caused by the human immunodeficiency virus”.

Human rights activists think that there should be a separate law which would prohibit discrimination and set mechanisms for fighting it.

Causes of discrimination and ways of fighting it

The activists say there are several causes of the discrimination:

• a lack of awareness,

• absence of punishment and accountability.

Zhaneta Petrosyan of the Republican Center for AIDS Prevention thinks that one way to avoid discrimination and negative attitude towards HIV-positive patients is to educate doctors to make them more aware of the disease.

Since 2010, around 1,500 medical workers have taken part in an “HIV-infection” training course. In 2017, an online version of the course was launched.

“The courses also provided information on contact precautions. So, if a doctor cut themselves during a surgery on a HIV-infected person or the latter’s blood got into their eye, they will have to be treated with antivirus medicines in the next 72 hours.”

“Over the past 10 years, 85 medical personnel have taken part in the AIDS contact precaution programme. As a result, none of them have been found to have been infected.”

Hovannes Madoyan, head of the Coalition Against Discrimination and For Equality, thinks that it is important to emulate international experience when making changes to the Armenian laws. In countries where effective judicial and extrajudicial defense mechanisms are in place, discrimination against HIV-infected people is quite low.

USA, UK, Germany, France are among these countries.

“Punishment and compensation play a big role in this: people working in medical institutions in these countries avoid violating patients’ rights, because they know they will pay dearly if they do. There is no such thing in Armenia and other CIS [Commonwealth of Independent States] countries.”

Recently, the government has been developing a bill “On ensuring the legal equality”. In 2018, a draft of the document was put up for a public discussion on e-draft.am.

The bill takes into account the ideas and proposals of the civil society, says deputy minister of justice Vigen Kocharyan.

“The constitution of Armenia prohibits discrimination. However, such mechanisms don’t exist in practice,” he says.

The bill makes sure that if someone violates another person’s rights they will have to pay a compensation, including for the moral damage.

“One way to achieve this is to take the matter to court. The plaintiff, or the perceived victim, is to present the evidence that they have suffered discrimination, whereas the defendant – a medical institution in this case – will have to prove no discrimination against the plaintiff has ever taken place.”

There are some extrajudicial mechanisms as well.

“The ombudsman must serve as a national authority, someone who will ensure the equality of all citizens in the eyes of the law, who will, when such a complaint has been filed, intervene and try to find a proper response to the situation.