After the revolution: the first year in the new Armenia

JAMnews journalists met with some respondents from last year to find out how the expectations of the people in Armenia have been met since the 2018 protests.

Experts gave their assessment of the results of the first year since the revolution.

The inventor of a slogan that swept the country

One year ago, David Hovhannisyan unintentionally coined a phrase that was then chanted throughout the spring by hundreds of thousands of people in different cities throughout Armenia.

“Take a step, reject Serzh” – the slogan entered the history of Armenia, as the revolution began and ended with it. 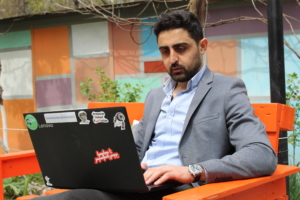 The public, responding to the call, took to the streets so as not to allow President Serzh Sargsyan to continue on as prime minister after having headed the country for two presidential terms.

David says that one year ago, Armenian citizens were fighting for rights that the citizens of other countries have enjoyed since the 19th century – for example, the right to express one’s political will through free and fair elections.

And only now, David says, can the Armenian public turn to the agenda of the 21st century. David considers this the main achievement of the Velvet Revolution.

“The scope of our desires has changed – now I dream of more. What we fought for over the past two decades has already become a reality.”

The revolution was not just the result of street protests last spring, it came about thanks to decades of struggle waged by Armenian activists against the authorities, even though it was not always obvious to outsiders.

David remembers the tragedy of 1 March 2008, when the authorities dispersed a demonstration in Yerevan using military-grade weapons. Ten people were killed as a result.

David says this is not only an example of the unequal struggle between governments and activists, but of all protest movements and initiatives that are hardened and strengthened until they become a truly powerful force, ready to flood the streets.

“On the day of Serzh Sargsyan’s resignation, and a few days following that, there were hundreds of thousands of people in the square, most of whom did not participate in the previous stages of the struggle. But this rally with hundreds of thousands of participants would not have happened [if it hadn’t been preceded by the march from Gyumri to Yerevan by opposition leaders], and if those initial few hundred people hadn’t stood in the square.

These few hundred were the people who, over the past 10 years, have gone through all the stages of the struggle.”

Armenian political observers say the main achievement of the revolution is fair elections.

Soon after the change in power, the citizens of Armenia came out for parliamentary and mayoral elections. In both cases, representatives of the My Step bloc [ed. headed by revolutionary leader and PM Nikol Pashinyan] won by a large margin.

They received more than 80 per cent of the votes in the mayoral elections and more than 70 per cent in the parliamentary elections.

For the first time in the last 20 years, the results were not disputed by a single political force or party in the country. International observers also called the elections fair, free and transparent.

In both cases, voter turnout was low. Political observers explained this by the people’s confidence that the favourites, that is, the team of revolutionaries, would inevitably receive the necessary number of votes.

A souvenir from the revolution

A member of the Restart student movement, Ani Vardanyan, was wounded on 16 April 2018 in front of the parliament building after a stun grenade exploded right at her feet.

For the next month, Ani was forced to lie down at home and recover. Now she has a deep scar on her leg – a souvenir from the revolution, Ani jokes. Another, more significant, revolutionary “souvenir” was unexpected love: soon after the revolution, Ani married her comrade-in-arms. 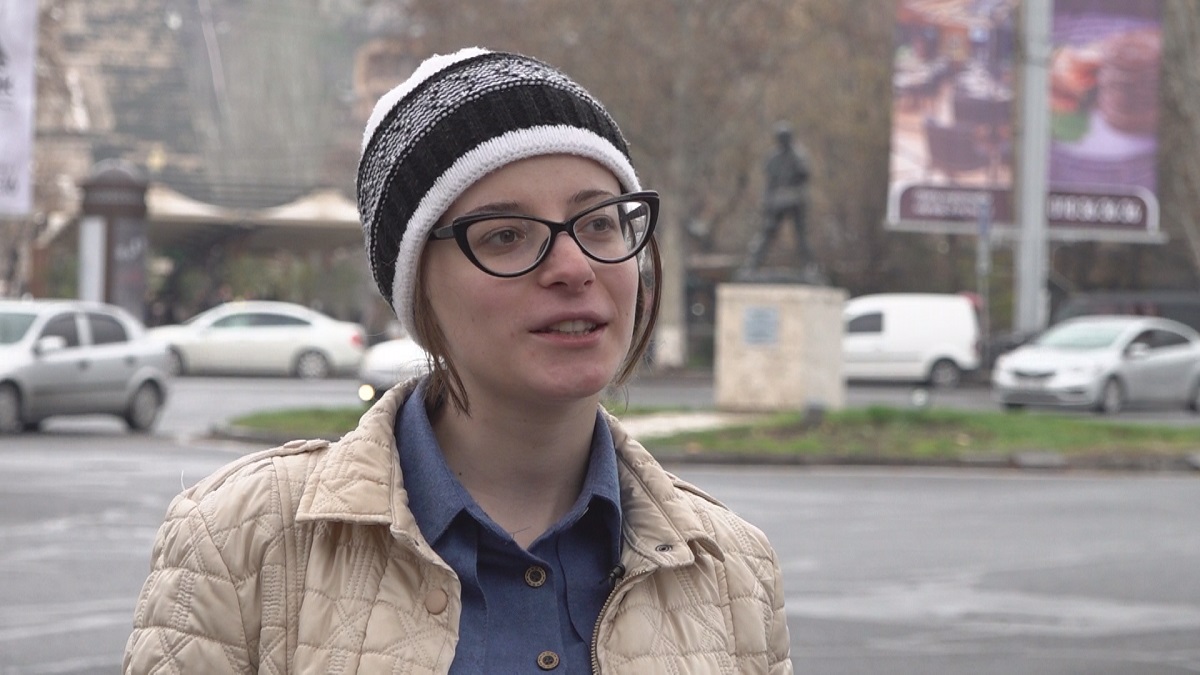 A year ago, while standing in a crowd of protesters in the central square of Yerevan, Ani met Karpis, an experienced activist. He joined the struggle when President Sargsyan reformed the constitution: under amendments adopted in the 2015 referendum, Armenia moved from a semi-presidential to a parliamentary system, and the powers of the prime minister were greatly expanded. In 2015, Sargsyan said he would not seek to become prime minister, but later ‘changed his mind’.

Before the revolution, Karpis worked as a history teacher in a Yerevan school, but the school board didn’t like his political activities, and fired him. The students then staged a protest demanding the return of their beloved teacher, says Ani.

Ani says the revolution was a turning point for Armenia, and that much has changed for her too. Though she graduated in political science, she is now studying web design.

“We made this revolution happen along with the people who are making political decisions now. They need to be given time to work and identify their potential. The team which is now engaged in politics instills trust in me. And since I have confidence in them, I have given up the political struggle.”

“It was important for me that Restart remained a purely student movement during the revolution. But lately I don’t really like its attempts to infiltrate political life. For example, there was an attempt to disrupt the press conference of ex-President Robert Kocharyan, who is unsympathetic to the participants of Restart and their cause. Today, unfortunately, I no longer see myself in this movement, although I really like everything that its educational activists do.”

Ani regrets that the revolution has not yet reached Yerevan State University, which is why and how Restart got started in the first place – to improve the quality of education and university management. Ani hopes that this will eventually happen, given that other extraordinary events have also taken place in the country, such as fair elections.

The fight against corruption in the country began in earnest after the revolution.

The National Security Service still regularly reports on the uncovering of corruption schemes in which officials close to the previous government were involved.

However, Prime Minister Nikol Pashinyan has said since taking office that “there will be no vendettas”. Pashinyan says the goal of the new authorities is not to send former and corrupt officials to jail, but to make them return illegally-acquired money to the treasury.

However, in the course of the fight against corruption, criminal proceedings have been instituted against representatives of the previous government and their relatives.

The brother, nephew and chief of security of former President Serzh Sargsyan have all been indicted, as have former MPs.

Tax collection in the first three months of 2019 increased by 57 billion drams [about $117 million] compared with the same period of 2018. Moreover, this figure is four per cent more than was planned for in the government’s programme.

This made it possible to increase the minimum pension: from January 2019, it increased by 7 thousand drams ($15). The government promises to increase salaries for teachers and military personnel by 10 per cent in the short term. 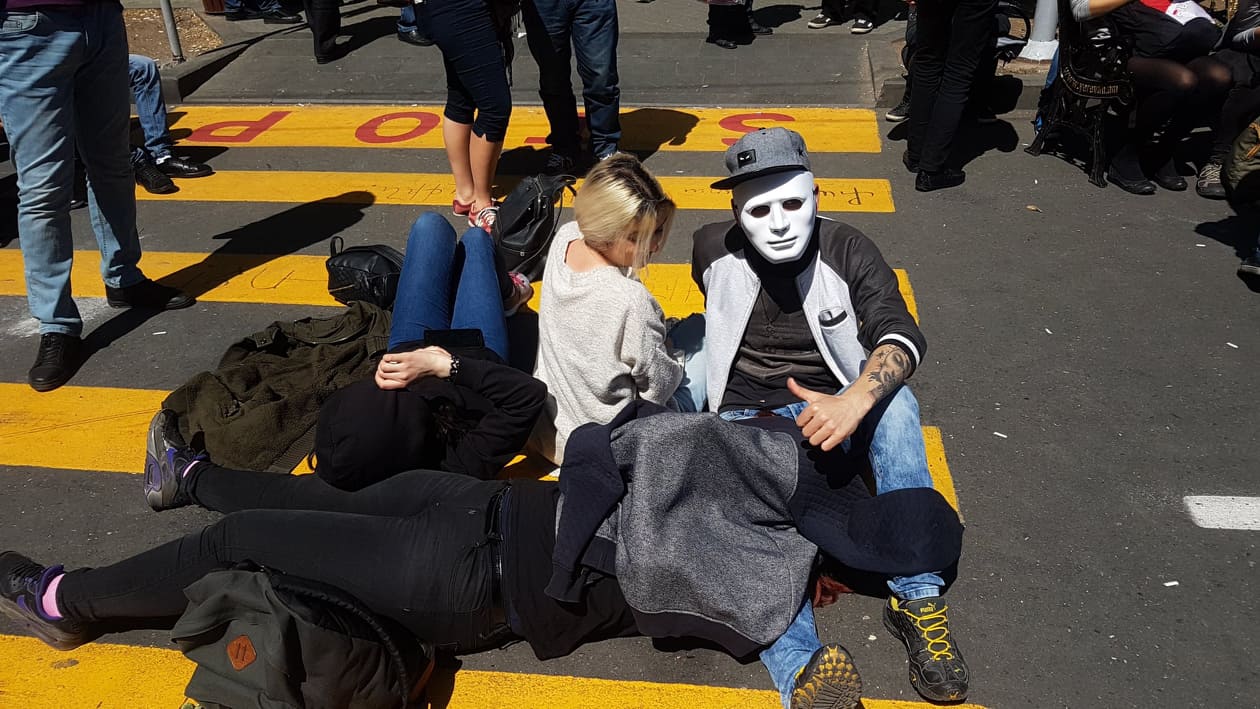 Political observer Ruben Mehrabyan says he expected the revolution to give him deliverance from a 20-year-old embarrassment.

Mehrabyan says the revolution is not a miracle, but an inevitability:

“It was impossible for the revolution not to have come about. It was the result of the actions of the former government. The situation escalated to its limit, and a natural explosion occurred. Another thing is that the revolution that has occurred cannot be considered complete. Power structures still operate through inertia, and it is easier to eliminate them and create new ones than to fix the existing system.”

Ruben Mehrabyan says that if there were an opportunity for self-purification, restructuring or rehabilitation of the political system, it would have happened in an evolutionary way, not a revolutionary one.

He adds that the main advantage of last year’s protest movement was the active participation of young people. The generation that grew up in the political events and struggle of the past 10 years brought the revolution to victory with its new approach. 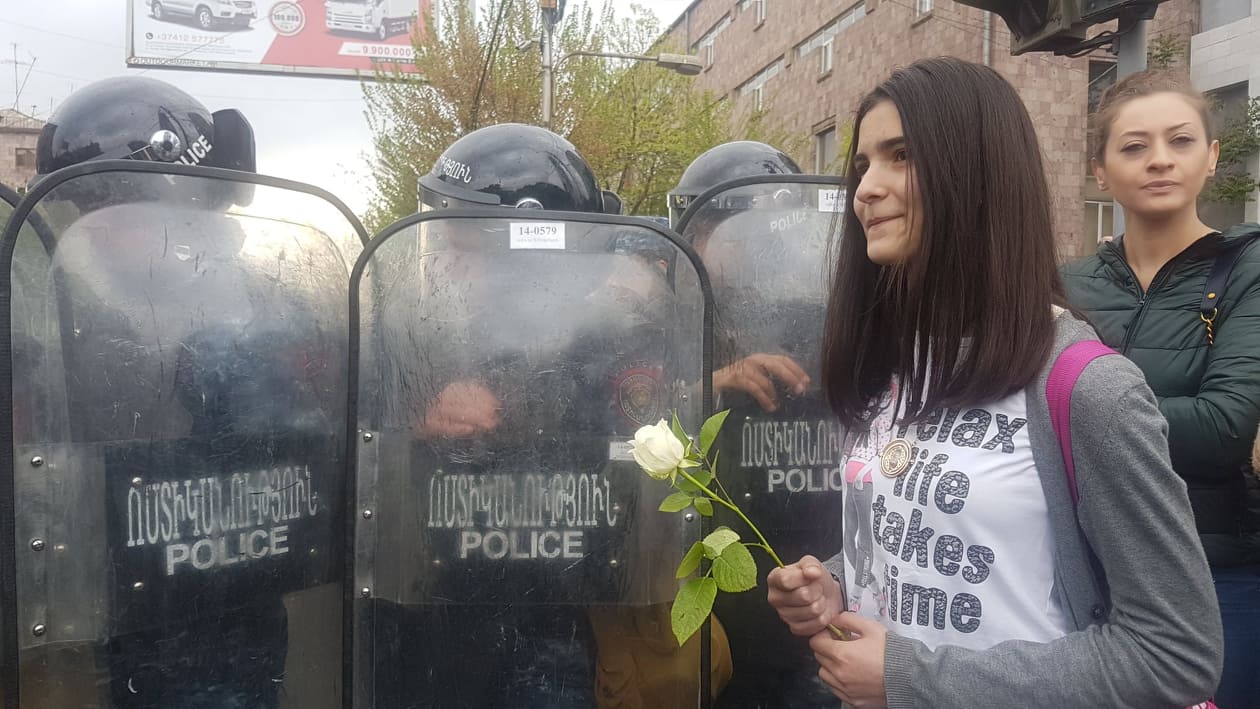 Social media also made an invaluable contribution to the movement. It performed the same function as that of television, which was under the complete control of the authorities. Moreover, they refused to give a podium to the protesters.

“The main problem of the new authorities is that the old political system no longer functions, and the new one has not yet been formed. The absence of a political system is obvious, and this causes serious problems. Needless to say, the new authorities have not yet found a solution to this problem, but judging by the level of motivation, I think this is a solvable problem.”

“In the right direction, but slowly”

Political observer Edgar Vardanyan believes that the past year has convinced people that they are indeed participants in the decision-making process.

Proof of this can be seen in the numerous protests that have taken place in Armenia since the revolution. These actions suggest that people are ready to fight for their rights.

“There are fair demands, in particular, since there are no noticeable changes in social and economic life. However, it should be taken into account that one year is not enough for serious socio-economic changes,” says Vardanyan. 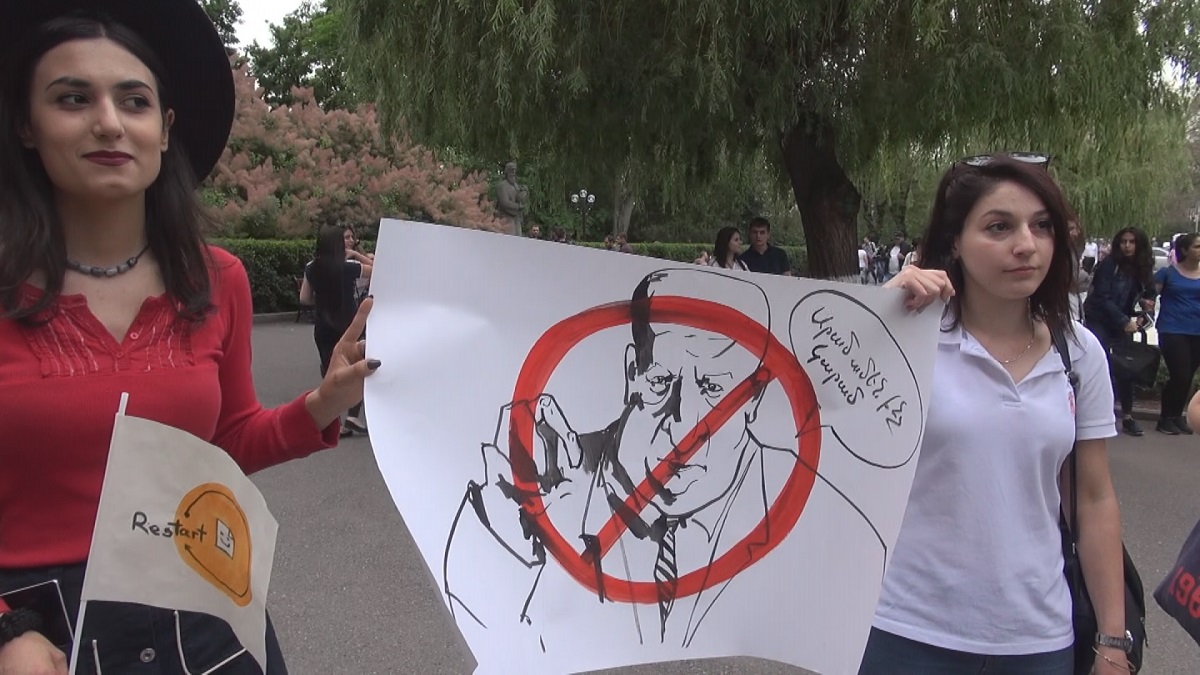 Vardanyan says the authorities should clearly explain their vision of the economic revolution. They should speak with the people, explain what, how and in what time frame they intend to implement their policies.

“Another important step to be taken by the government is the introduction of the institution of transitional justice [ed. the revolutionary government has brought up the need to introduce a mechanism for confiscating property acquired illegally before a court conviction]. The public does not yet understand what it is and how it will help punish or forgive those oligarchs who appropriated state money to themselves, and on what principle the loot will be returned. The government should be able to clearly present the concept of transitional justice, otherwise it could lead to political speculation,” says Vardanyan.

He believes that the pace of the reforms taking place in the country could be accelerated. But positive trends instill hope that next year Armenia will have profound and dramatic changes.

Op-ed: What are the causes of tensions at the Armenian-Azerbaijani border?

Georgia's ruling party opts out of EU-brokered agreement with opposition

Georgia's ruling party opts out of EU-brokered agreement with opposition