About baptists and alcoholics

The International Press Center of the State Committee for Information and Press of South Ossetia was the first to take the word on this issue. It held a roundtable discussion entitled – ‘Youth against religious sects, drug abuse and alcoholism.’

The arguments on why certain religious groups, alcoholics and drug addicts shall be included in the general group along with those, who should be fought against, can be summarized as follows:

1. Because They Came from Georgia

‘It is save to say that all religious groups, that have settled in South Ossetia, were inculcated from Georgia. They are the sent sectarians exclusively of Ossetian nationality, who certainly cannot be banned from living in the homeland.’

2. Because Sects are a Political Threat

In Sonya Khubaeva’s opinion, ‘Jehovah’s Witnesses’ pose threat to the South Ossetian authorities, as there are already thousands of them. ‘If they gather in the Theater Square in Tskhinval/i – it will already be a huge protest mass. They are pursuing political goals disguised as pseudo-religious theses. A scenario of the ‘color revolutions’, including that carried out in Ukraine, were performed by the followers of these sects. The sects supported Maydan. ‘

‘This is a real threat to the security of state. Just imagine, if three thousand sectarians bring more followers from the religious organizations, not registered by the Ministry of Justice. 5000 people will vote and that is already 25 percent of the total number of voters.’

3. Because Sectarians Turned Out to be on Governmental Positions

‘The representatives of religious sects are holding senior positions in the republic’s governmental structures and they have access to classified information. This issue needs to be addressed. The Education Ministry has partially settled that problem by dismissing such a deputy minister from the post.’

Khubaeva has referred to the recent case of Deputy Education Minister, Maya Zaseeva. The local TV showed a footage of Sonya Khubaeva’s meeting with the Pentecostals and Zaseeva was actively defending their right to official registration at the meeting. Shortly after this footage, Maya Zaseeva suddenly quit her job.

4. Because Sectarians are Financed by the West 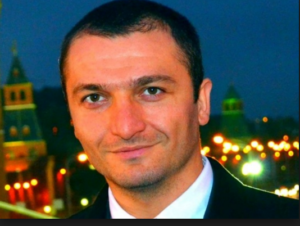 ‘Today, Russia is a buffer that stops the World War III. South Ossetia is Russia’s younger brother. Is the USA doing us good by sponsoring the religious sects’ activities? I’ve calculated that 80 percent in unwinding the Ukraine crisis accrues to the sects. Their task was to gather people and then a crowd would easily fall under influence. We are losing a greater part of our society in sects.’ 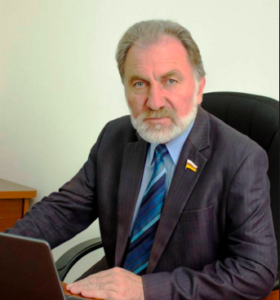 ‘The sect control centers are far beyond our country’s borders, namely, in the USA and Europe. This is a direct threat to Ossetia’s national security.

1. To consider sects as a threat to national security (Alan Chochiev, the Head of the Sociological Analysis Academy and official of the South Ossetia President’s Administration).
2. To create in the society an ‘atmosphere of intolerance to such destructive phenomena as religious sects, drug trafficking and drug abuse’ (Yuri Gabaraev).