So, I am departing to the city of Vanadzor, which in Soviet times was called Kirovakan, and even earlier – Gharakilisa. The city is located in the north of Armenia, 120 km away from Yerevan. It is the third largest city in Armenia. Two-hour drive by public transport – and I am already at Vanadzor bus station. I am asking locals about the place before setting out to explore the town. Let me present you a list of what one can do in Vanadzor in a day.

The town center – Hayk Square. Here are the important official buildings, accommodating the local government bodies of the city and the entire Lori region. There is also a symbol of Vanadzor – hotel ‘Gugark’ building. Everything has been taken into account in the square: a real fir-tree is growing here, which, according to the locals, serves as the Christmas tree on the New Year day. And the most important thing for me here – the stage! It is designed for concerts, city events – and for the music lovers like me, who just love singing out loud at any stage.

Sanatorium ‘Vanadzor – Armenia”s garden was as known as the recreation center, itself, as early as in Soviet times. Autumn already painted it in its colors … and expelled all visitors. The sanatorium operates only from April until October. Sargis Amiryan, the sanatorium director, was the only living sole I met in this tremendous territory. He did not fail to praise the sanatorium: it is the only place in Armenia, providing complex treatment using peat and mineral waters. 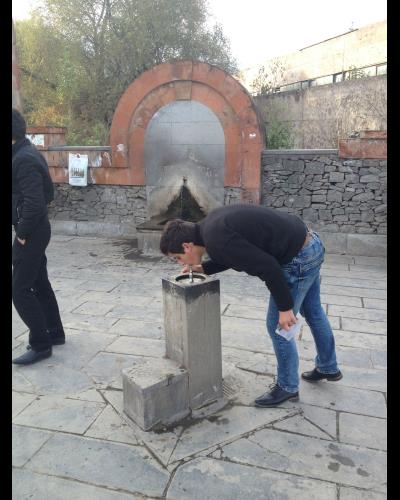 Locals are praising Lori mineral water so much, that it would be a real crime not to taste it. Local mineral water is called ‘acid water’. Ugh, it is really sour but very soft, not like other mineral waters. By the way, it is neither bottled nor available in stores. 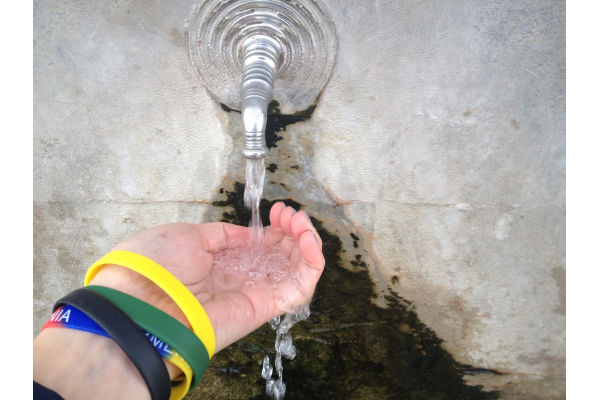 4. Spending evening in a civilized manner

The town’s pride – Dramatic Theater with more than 80-year history. Regrettably, I won’t be able to see the performance – I will not be here in the evening. And the performances are not staged here daily either…

Hence, there is the Museum of Fine Arts, which presents more than 1,000 exhibits. But it is impossible to walk the halls in the cold weather: the building is not heated and it really needs much to be repaired…

But the Culture Center is repaired. Various concerts and cultural events are organized here. There is also a movie hall here. After the earthquake, the building had been in a dilapidated condition for many years, local authorities had been even thinking of leaving it so – as a reminder of the earthquake. But thanks to Charles Aznavour, it was rebuilt and renamed in his honor.

Our famous writer, Stepan Zorian, used to live here and there is his house-museum here. There is also his favorite apple orchard (‘The Apple Orchard’ – the writer’s famous story). Every year this time, the museum organizes a harvest festival. But only a couple of fruit are left in the apple trees.

Lena Antaramyan, the house-museum director, says I’ve been late for a holiday… 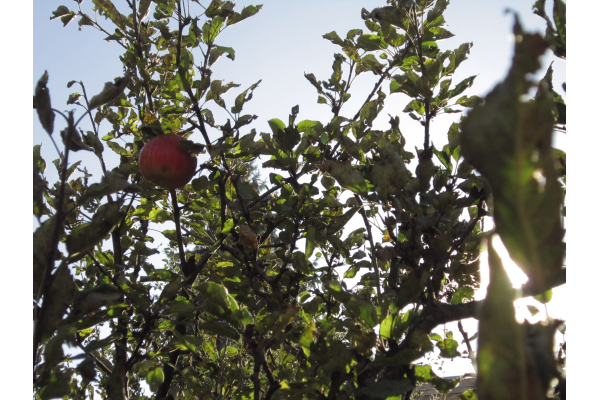 Ah, I want some apples! I will go to the so-called ‘Lachin corridor’ (Lachin corridor is actually the area connecting Armenia and Karabakh). One can find everything here – be it fresh fish or used tape-recorder, cheese varieties or various locks. And apples and other sorts of fruit are also sold here. 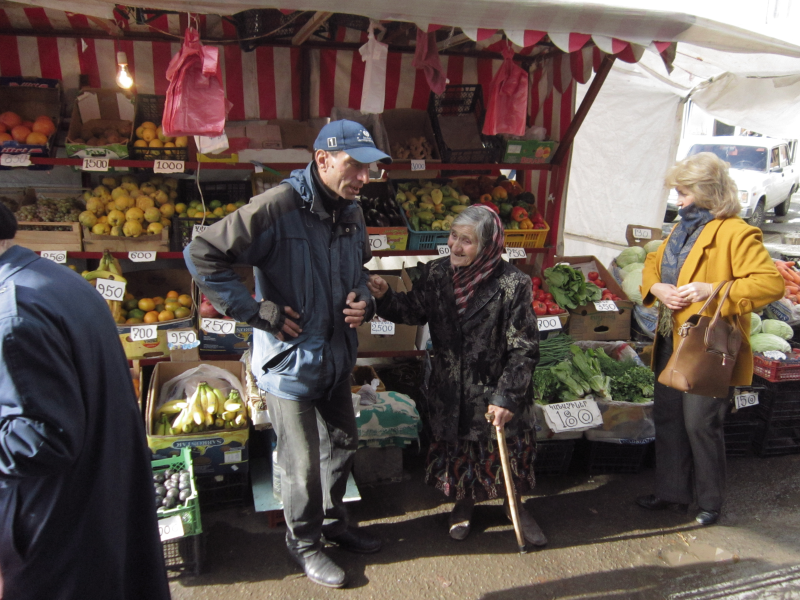 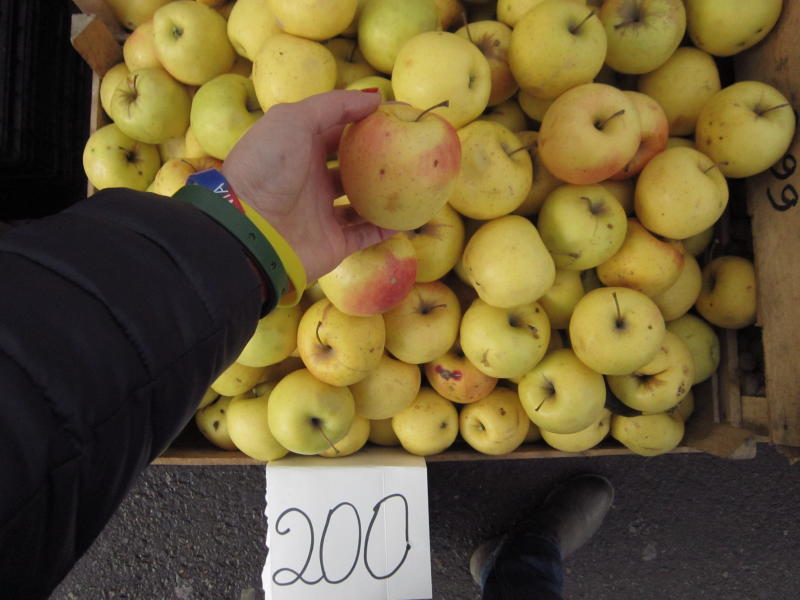 Vanadzor’s two most interesting statues are standing in the vicinity of the bustling and dusty side streets. One of them is the Statue of Duduk (an ancient double-reed woodwind flute made of apricot wood), dedicated to master Ato – Vanadzor’s renowned musician. By the way, the sound of duduk can be often heard here. 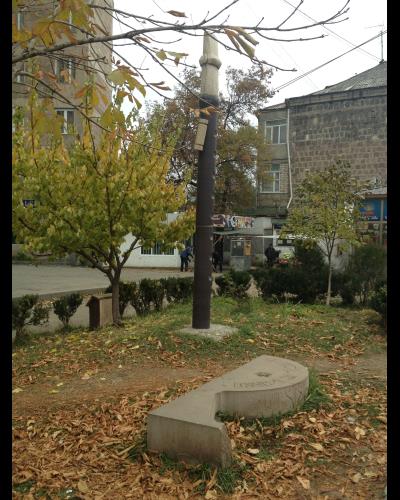 Another one is the Statue of Kiss. Frankly speaking, it took me long to see the kiss there… 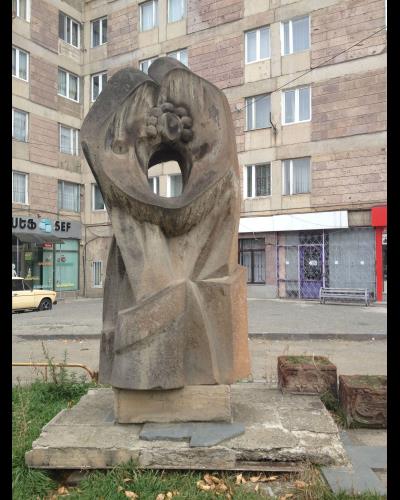 One more statue appeared on the sidewalk of the main street of Vanadzor this autumn. It is dedicated to the 100th anniversary of the Armenian Genocide. Well, how could I resist a temptation of taking a selfie of myself with a copper sword in hand? 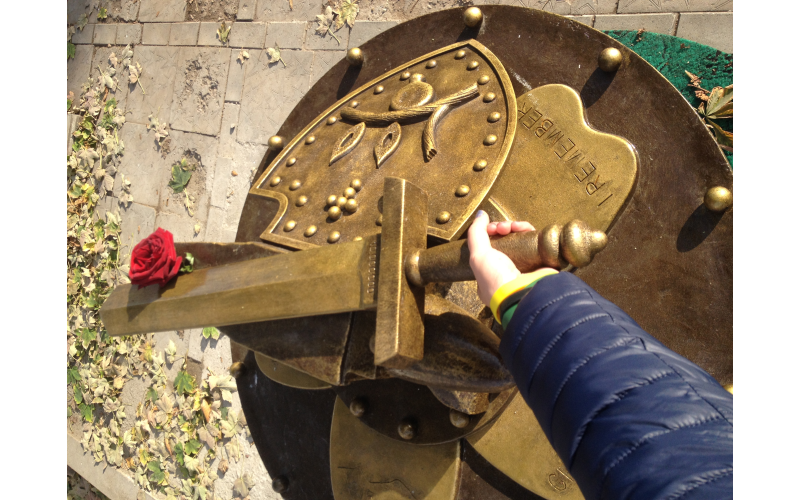 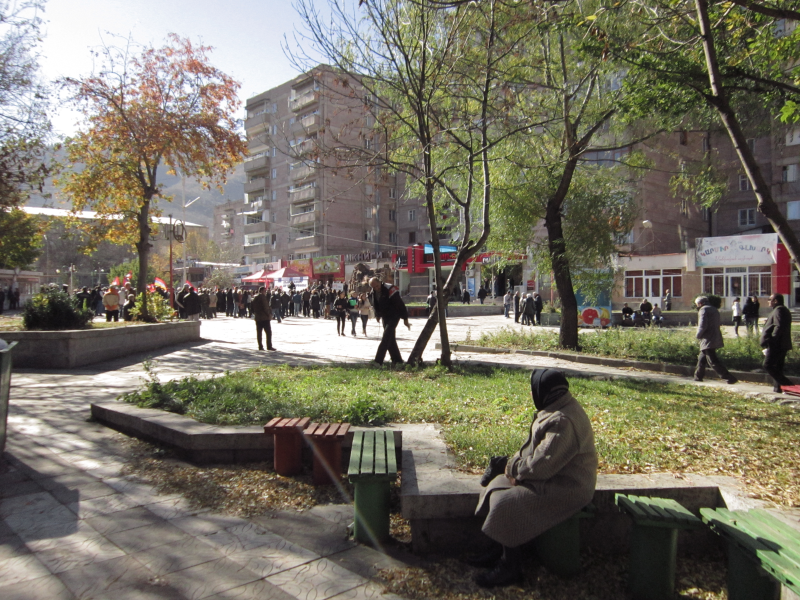 I sat on a newly painted bench in the Artsakh park to eat a sandwich. It is the most populous part of the city. There are many young people, because the Vanadzor State University is situated near the park. An old woman, who was sitting beside me, said, the park had been always a venue for all rallies, organized in Vanadzor. I should say that, despite the freshly painted benches, park is not so well maintained and it would be nice if it is put it order. 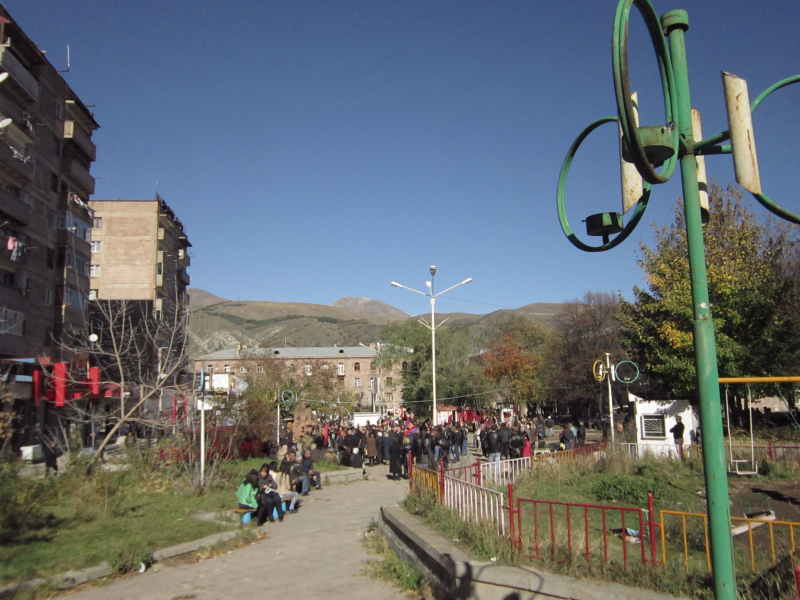 What is the Armenian city without a church? And there are 1,2,3,4,5 and even 6 churches, including the Russian Orthodox Church, in Vanadzor. On my way from Yerevan, I saw the ruins of the Kotrats church. Those black stones first gave name to Vanadzor (Karakilisa – Black Church).

But what Vanadzor residents love most of all is, as they put it, the ancient church of the Holy Virgin.

It took me a few minutes to get form the ancient church to the Church of St. Grigor Narekatsi, that was built just recently. Armenians continue building churches, though they recognize and honor the old ones more… 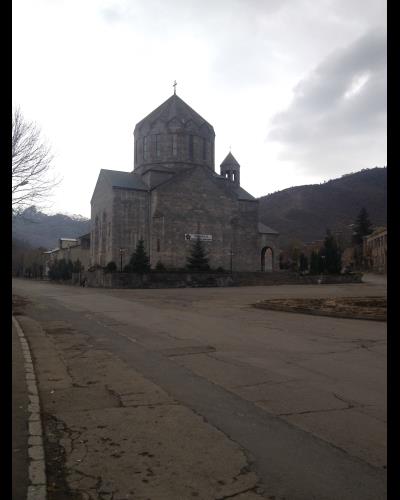 10. Hanging a lock on the bridge

Another church is located in the yard of the mansion of Vasily Tairov (late 19th century), a wealthy man and winemaker. By the way, since 1999, the Tairov house has became a residence of Gugark Diocese of the Armenian Apostolic Church. We got to Taoirov’s house. And what then? There is a small wonderful garden with yellowed leaves ahead. But I have first to pass by the green bridge. Lovers hang locks here to preserve their love forever. Now, my lock has been added to the lovers’ locks!

Lynx pounces on trainer during circus act in South Ossetia