10 portraits of tomatoes from Azerbaijan 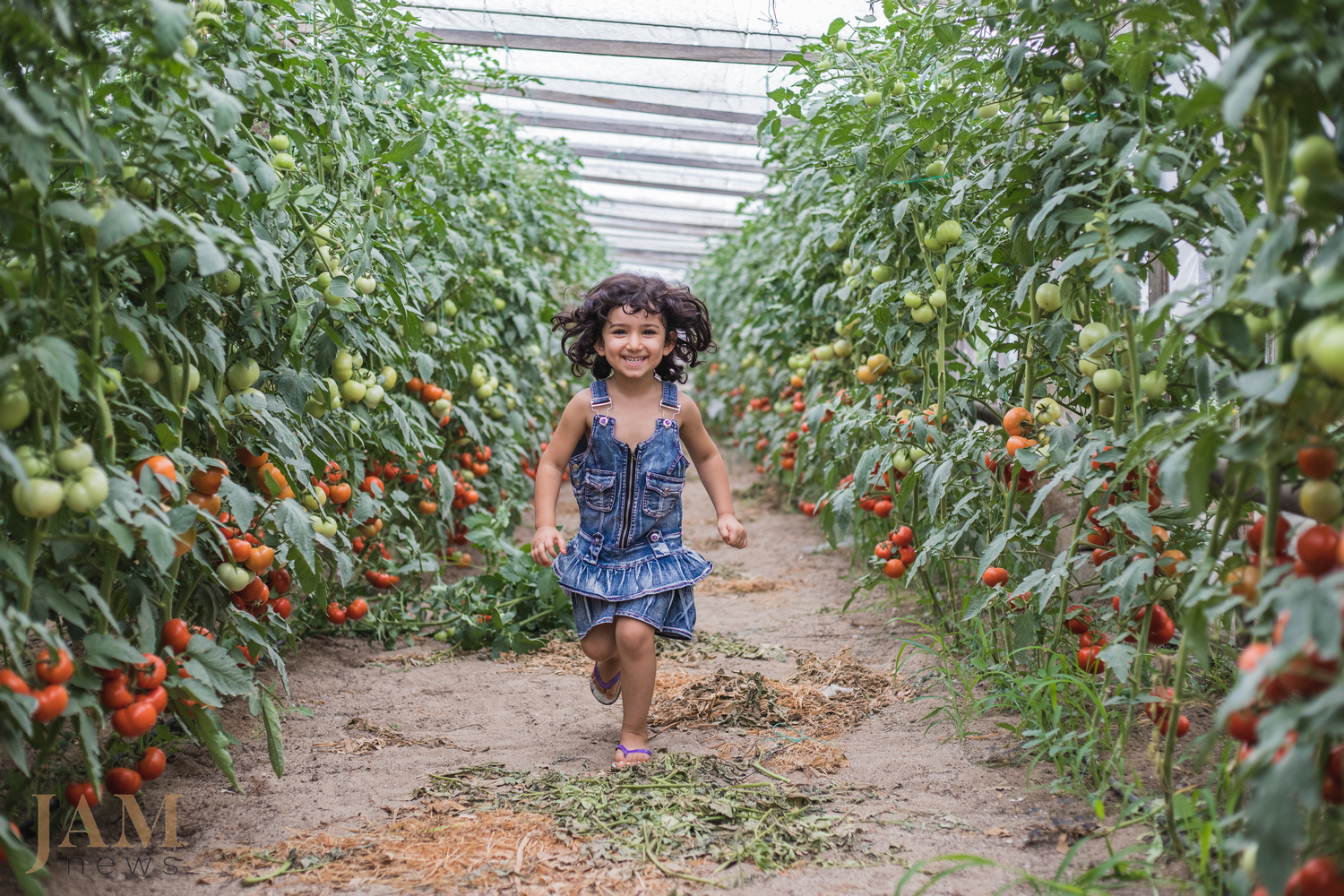 Nardaran is a settlement not far from Baku. Local residents are known for their religiosity. However, that’s not the only thing they’re known for: some of the most delicious tomatoes in the country come from Nardaran. 77-year-old Sadiq has been growing them for most of his life. 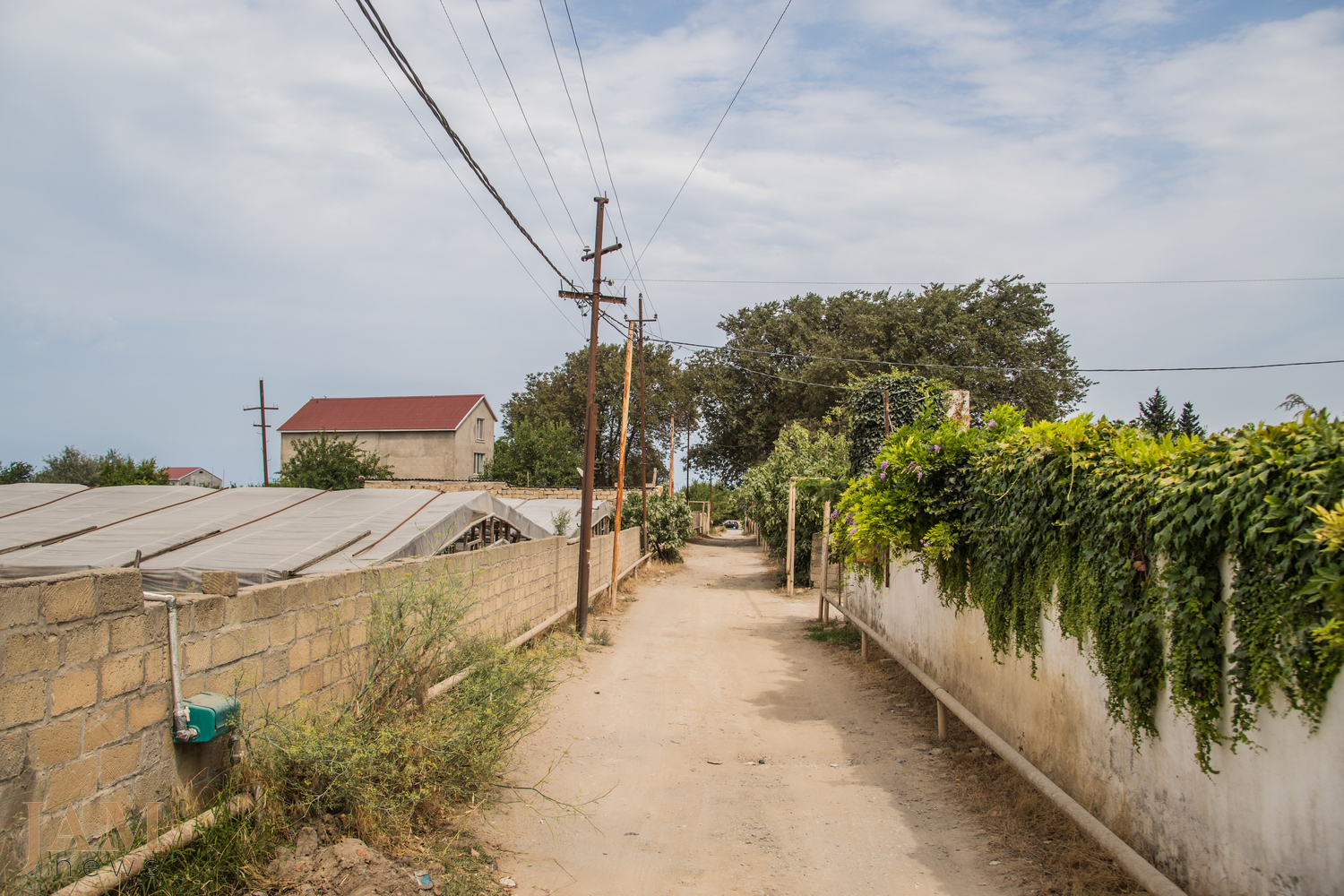 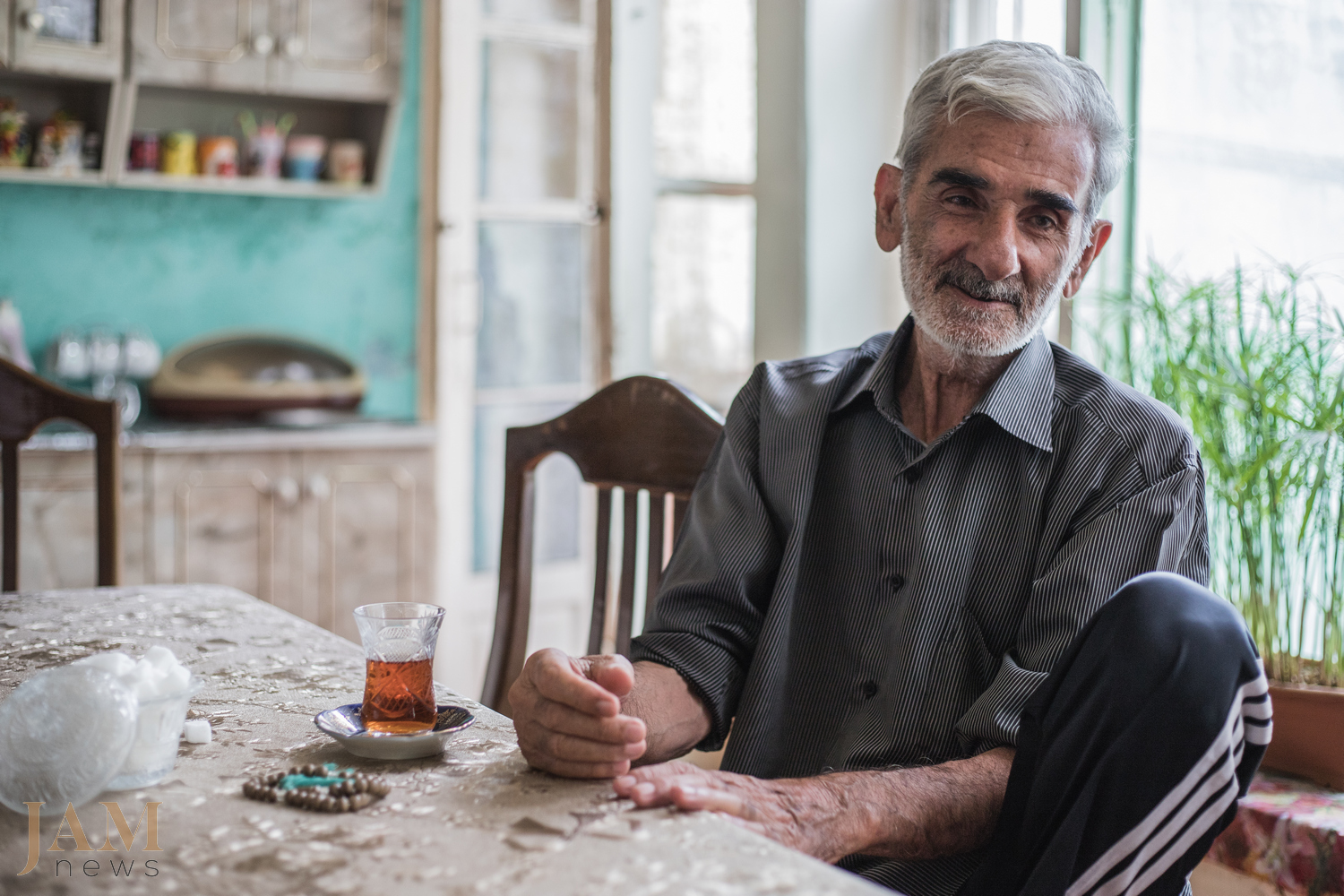 “I’ve had a greenhouse since the 1970s. Back then, they were made out of glass and stone, and it took a lot of money and strength to build them. My older brother Sharif was the first to build a cellophane greenhouse. All the villagers closely followed whether or not their vegetables would grow. They grew, and everybody knocked down their glass greenhouses.” 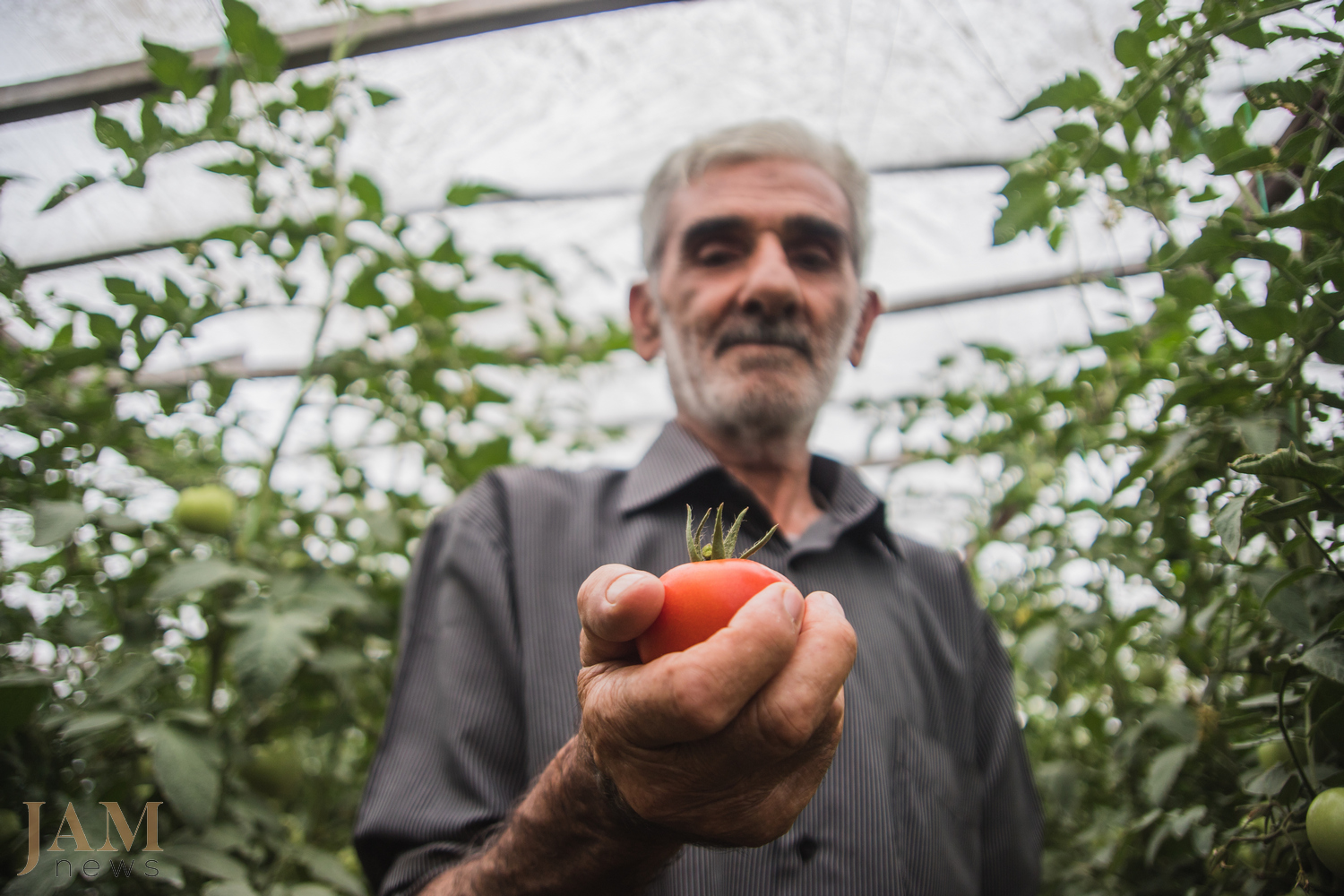 Forty years ago, the nyugbyar tomato species were very popular,” says Sadiq. “They grew and ripened very quickly. Then everyone started planting garatag tomatoes. They were rather ugly, but larger and very juicy. With the advent of greenhouses, these kinds of tomatoes lost their popularity. They don’t grow in greenhouses, and it became less profitable for people. Now I mostly grow drento tomatoes.

“The main advantage of drentos are their fecundity and heat resistance. They’re a strong species which you can send all the way to Moscow.” 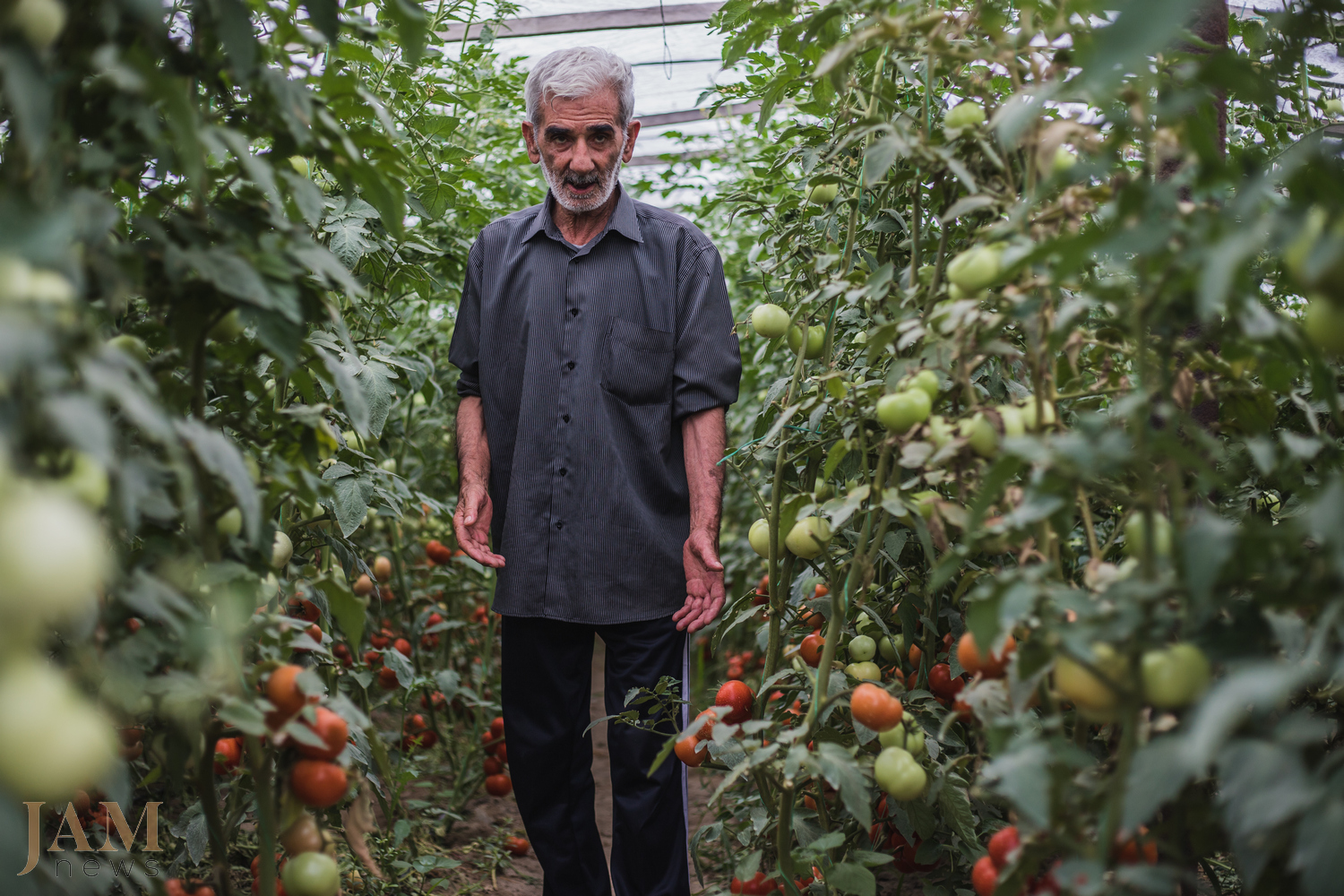 “It’s one thing to plant tomatoes in February – they grow larger, but it’s another to plant them in June. These tomatoes aren’t as strong and there’s less of them, because they haven’t felt ‘the breath of spring’.”

Sadiq says that tomatoes like moderate temperatures, and for that reason summer is a dead season. Farmers have to water their tomatoes and use a lot of fertilizer because they don’t want to grow in intense heat. Farmers use lime to lower the number of solar rays that enter the greenhouse. 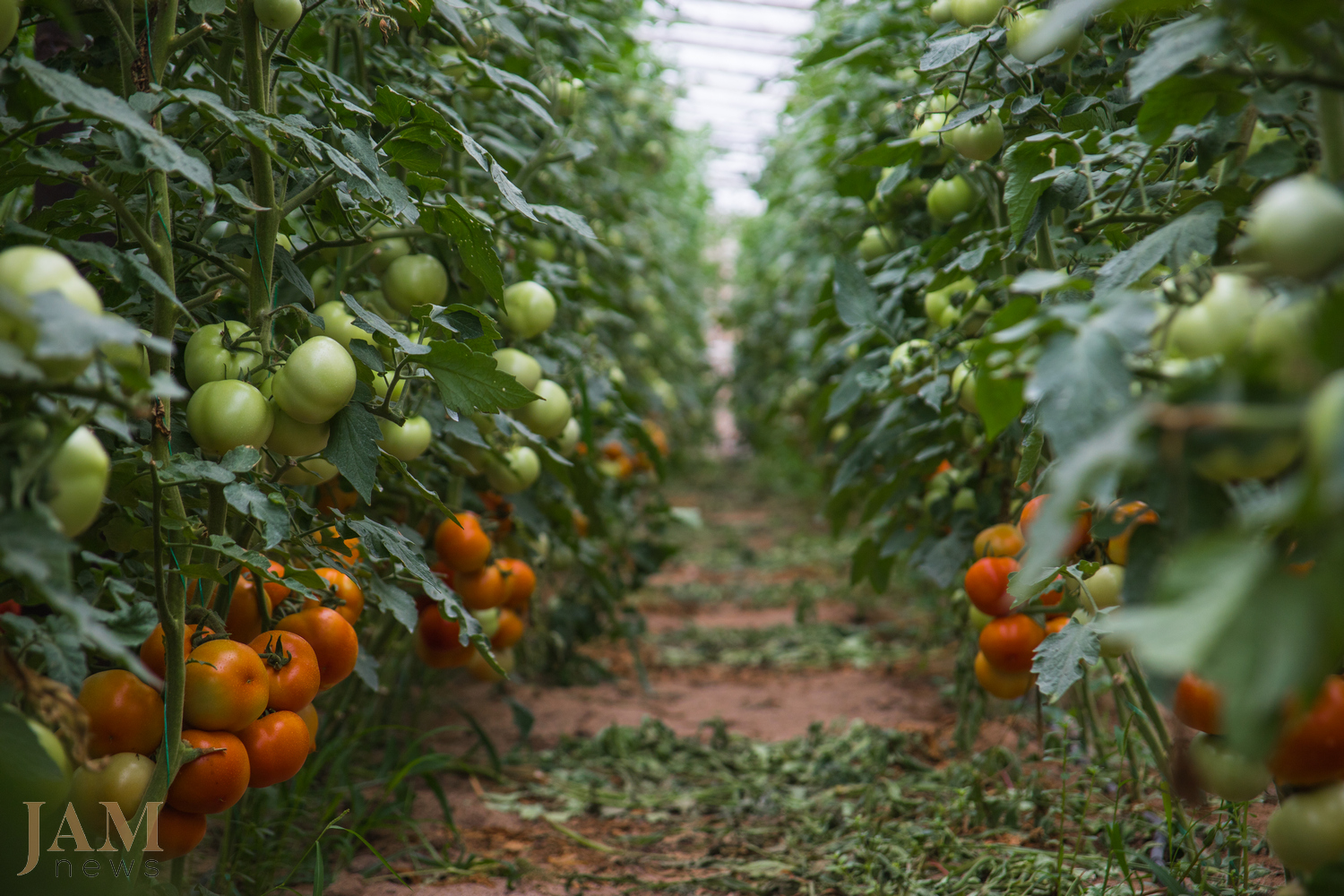 “There are about a thousand seedlings in this greenhouse, which will yield about two tonnes of tomatoes.”

Sadiq sells tomatoes to a reseller. Like many Azerbaijani farmers, he does not want to sell directly:

“I’d have to buy a scale and a place at the bazaar. You lose time. With a reseller everything is easier. Moreover, it creates more jobs: I have a reseller, a seller at the bazaar and a truck driver.”

When asked whether or not he makes a good living, Sadiq says proudly that he’s never sustained losses.

“But my neighbor once used too much fertilizer and his tomatoes rotted on the vines.” 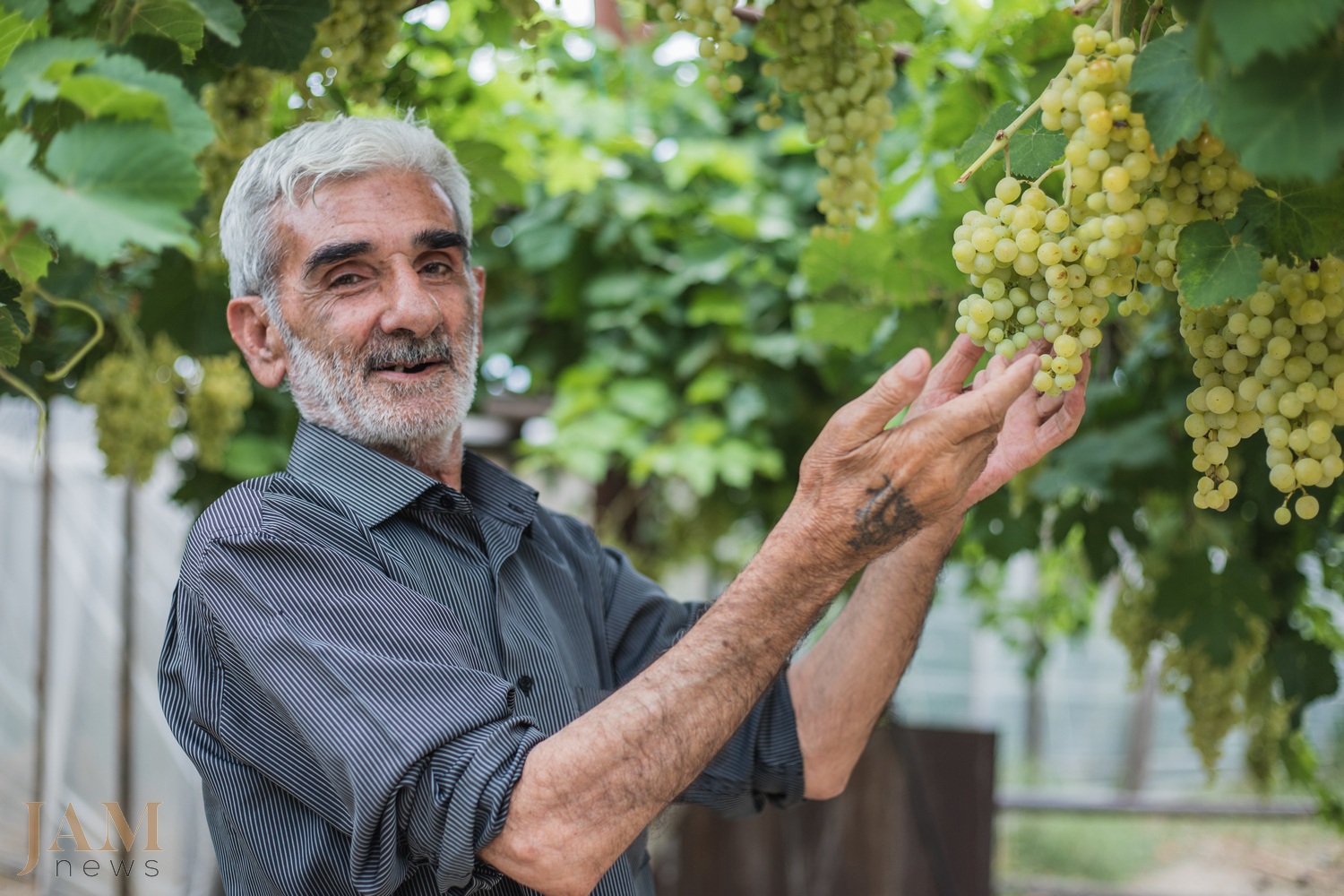 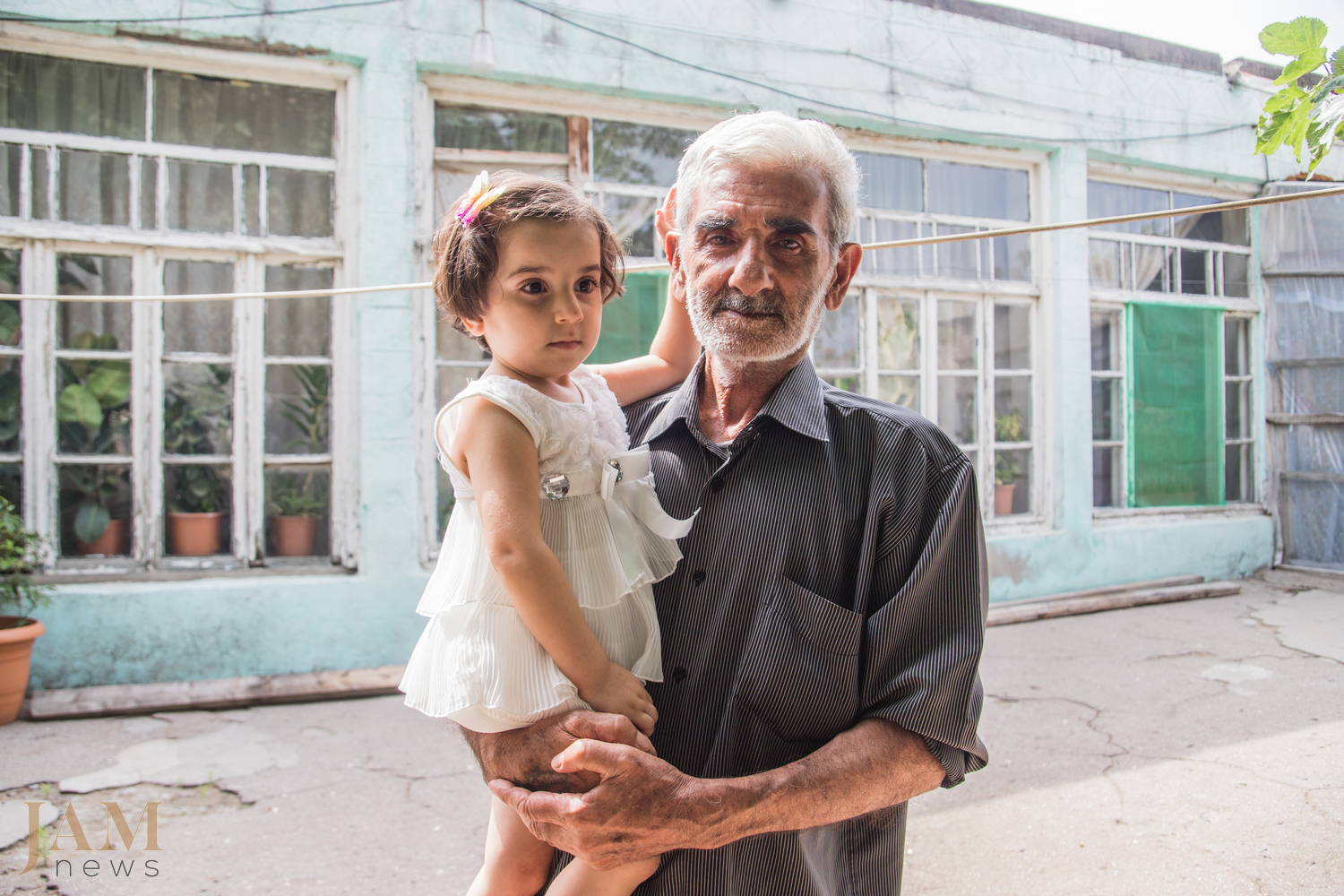 How can you tell a healthy tomato from a sick one at a bazaar? Sadiq says you can’t. You won’t know until you cut it open. 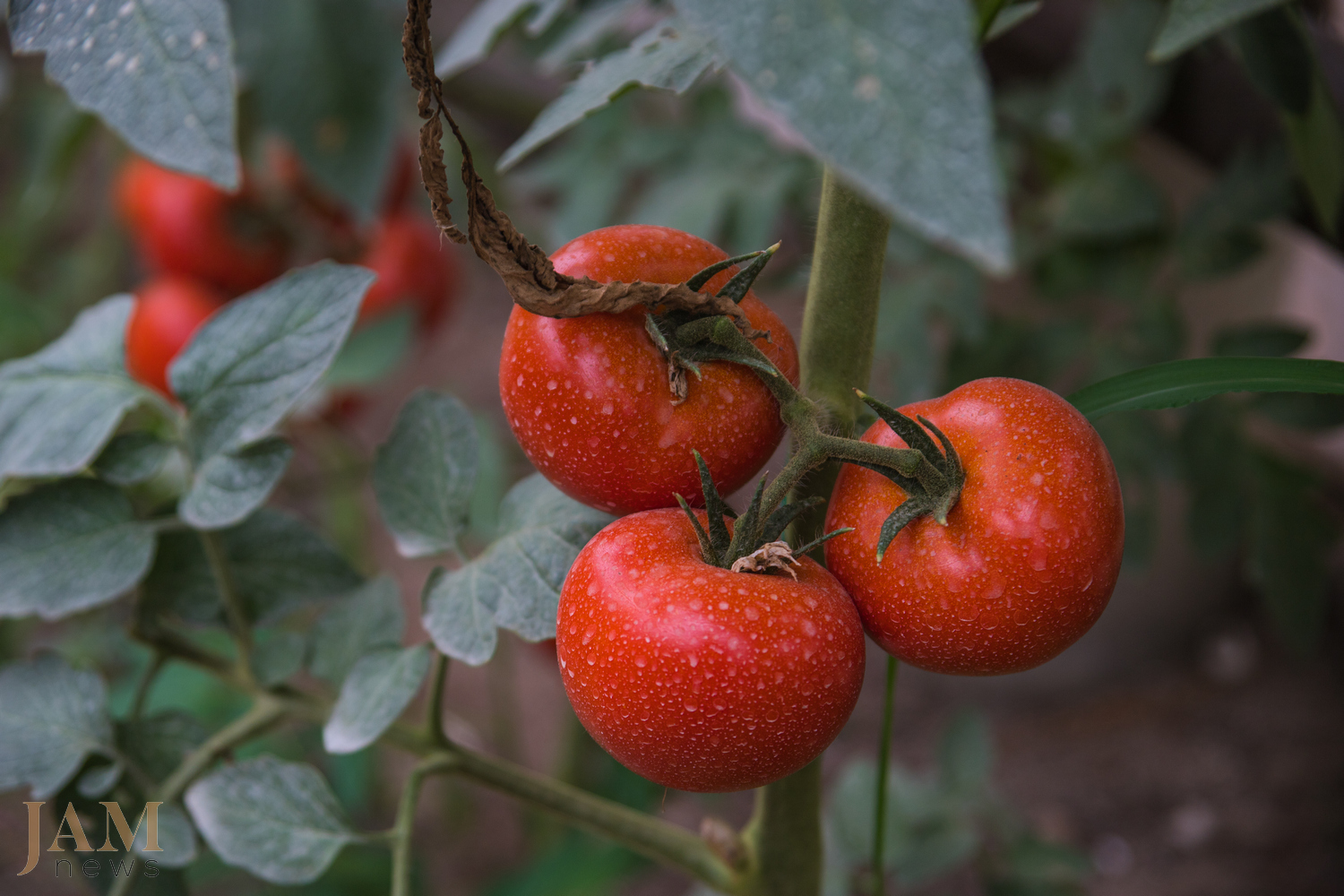 “A person can’t live without medicine, and the same goes for tomatoes. These white spots on the fruit are a sort of ‘medicine’ so that pests don’t eat the fruit.

“And when the juicy part is green, it’s not from pesticides; rather, the tomato is not quite ripe.” 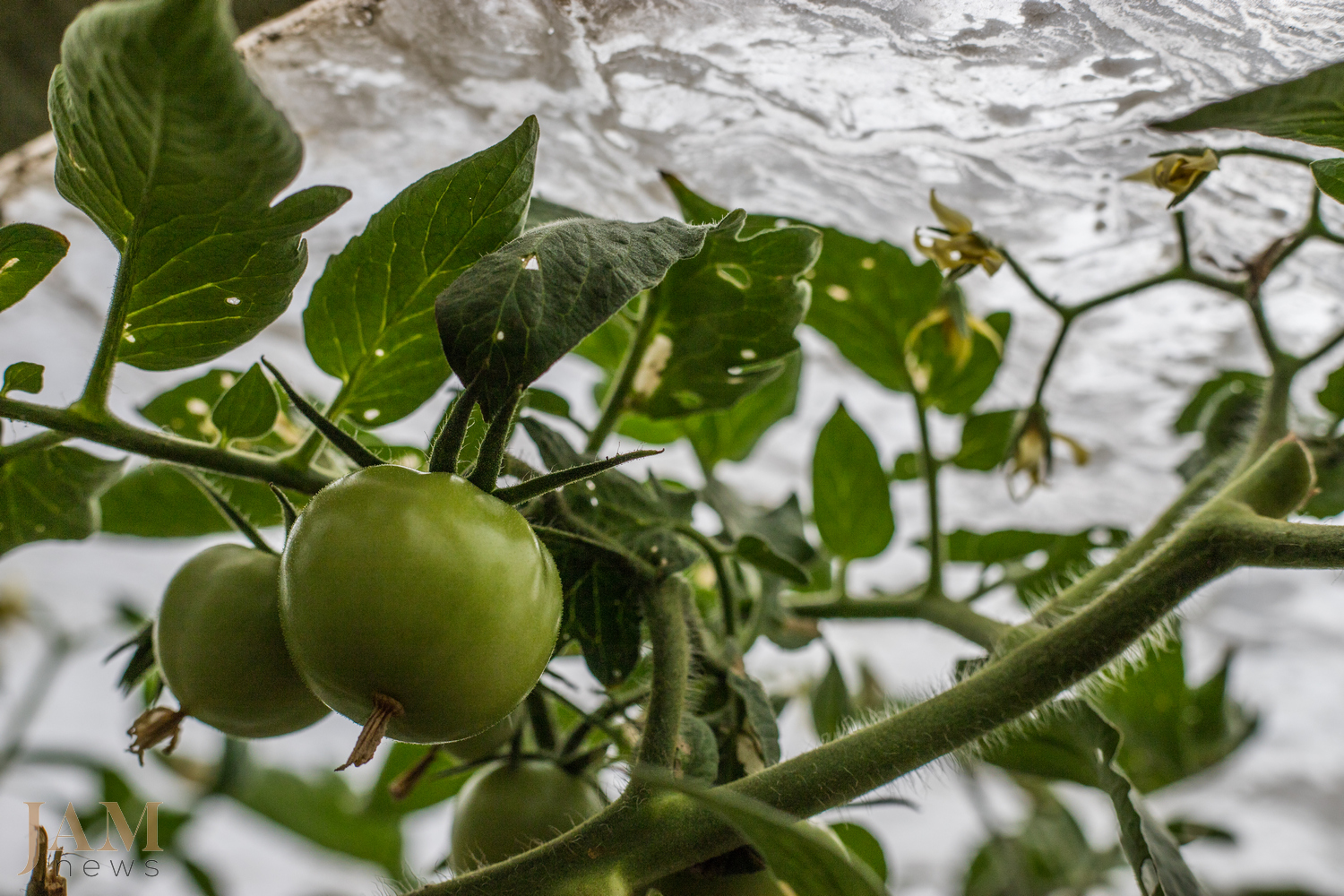