Presidential elections in Abkhazia headed for second round

Oleg Arshba, the protege of former Abkhaz president Alexander Ankvab, missed out on a chance at the presidency lacking just 102 votes. He received 21,8 per cent of the vote as well, with 18,931 ballots cast for him.

The second round will take place on 8 September.

Elections in Abkhazia are traditionally considered unpredictable, but it seems that the drama this time around outperformed all previous elections.

Exit polls are not conducted in Abkhazia, therefore, data comes out only when polls close, and the counting begins.

When the counting began, the picture changed not by the hour, but by the minute.

The first results, as a rule, come from remote villages with a small number of voters.

Here, Alkhas Kvicinia took the lead. Later, however, as data came in from larger areas, Oleg Arshba began to overtake him. However, his leading position in the race was also temporary – by the middle of the counting, incumbent Raul Khajimba was pulling ahead by a slight margin, which he held onto tightly until the end of the vote.

It was not clear who would end up as the second contender until the very end.

The results from polling station No. 3 in Sukhum were decisive – however the count was unexpectedly delayed.

Without this data, Arshba would have come in second place, pulling ahead of Alkhas Kvitsinia by two hundred votes.

It seemed that this advantage would be enough to win, especially since this site is located in the place where ex-president Alexander Ankvab was born and raised, thanks to whose authority, in fact, Arshba was initially considered one of the favorites of the race.

However, things turned out differently, and Kvitsinia pulled ahead, making it into the second round. 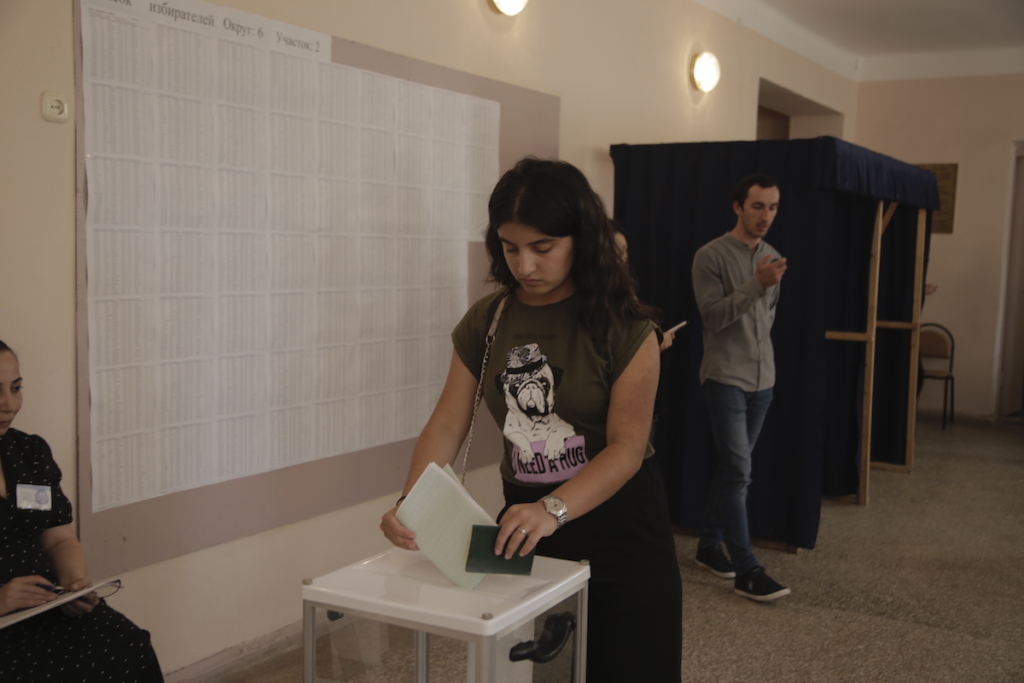 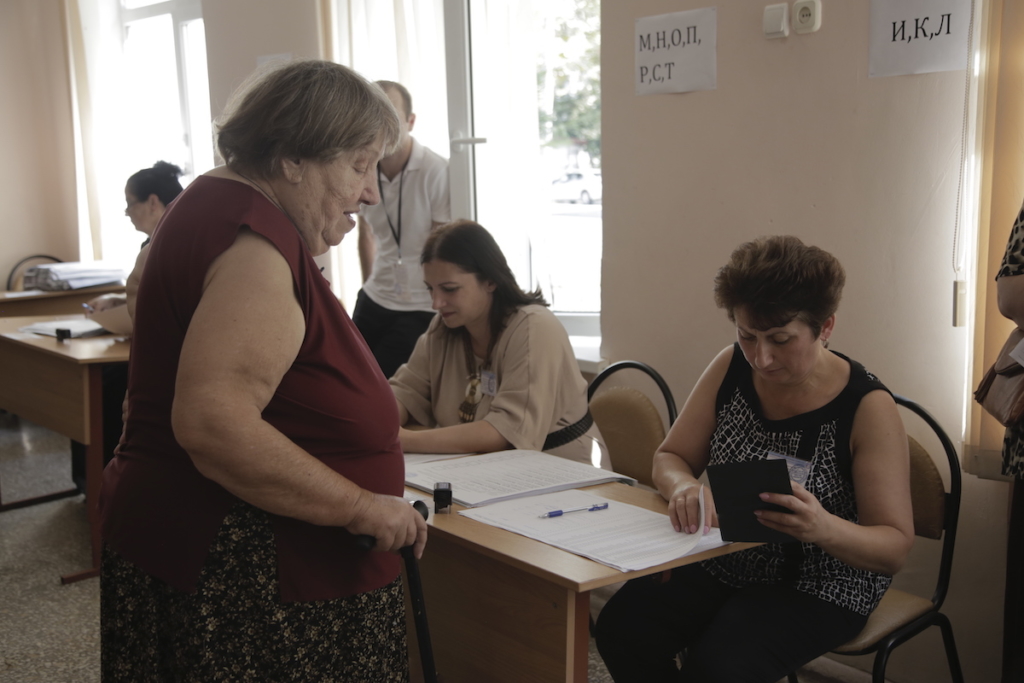 Who are the candidates in the second round?

Incumbent president Raul Khajimba, since the first alternative elections of the President of Abkhazia in 2004, in which he lost to Sergey Bagapsh, has been considered a heavyweight of the Abkhaz political elite.

This is not the case with Alkhas Kvitsinia – he is a debutant in this weight category.

Although he has been in politics for a long timt: in recent years, Kvitsinia has lead the largest political organization in the country – the Amtsakhara party of war veterans.

It was only recently that he discovered his political ambitions, admitting that participation in the elections was a matter of chance.

In mid-April, Bzhania fell ill, and was unable to participate in the election. The opposition claims that Bzhania was poisoned.

It was precisely at this time, just months ahead of the elections, that Kvitsinia’s candidacy was proposed.

In addition to party work, Alkhas Kvitsinia has experience in government agencies – until 2014, he served as Deputy Mayor of Sukhum.

His bureaucratic past, as paradoxical as it may sound for a country where corruption has become a chronic ailment, is almost impeccable.

At least, no compromising evidence has come forward to claim the opposite.

It was his impeccable biography in this regard that allowed him to bet on his campaign against crime and corruption.

As for the Kremlin’s attitude towards Kvitsinia, the latter is unlikely to cause distaste or discomfort for the former, despite the fact that Russian President Putin met with Raul Khajimba three weeks before the presidential election while in Sochi.

Moscow has otherwise remained notably neutral during the election campaign.

Moscow knows that any Abkhaz politician who assumes the presidency must maintain a friendly relationship with the Kremlin. Kvitsinia will be no exception in this regard, should he be elected.

Now, Khajimba and Kvitsinia’s chances to become the president of Abkhazia for the next five years depend on which of them will be able to enlist the support of the most charismatic heavyweight of the Abkhazian policy of sixty-seven-year-old ex-president Alexander Ankvab.

Ankvab did not fit into the age limit, and thus did not run. Presidential candidates can only be between the ages of 35 and 65.

Surely Ankvab will set a high price – the prime minister’s chair and the personal formation of the future government.

At least, this condition, as credible sources say, was put forward on the eve of the election and allegedly offered to Kvitsinia by Ankvab himself.

But, no agreement was made. Whether Ankvab and Kvitsinia will agree now, or Raul Khadjimba will accept this condition, the question remains open.

Op-Ed: Abkhazia needs reforms – the coronavirus tourism crisis might help it do that

Armenia-Azerbaijan border calmer on 4th day of outbreak of fighting

Georgia in no rush to reopen. How this could hurt the economy

Tension on the Armenian-Azerbaijani border continues for second day

Armenia-Azerbaijan border calmer on 4th day of outbreak of fighting

"We hope tourists will come" - residents of Abkhazia awaiting end of quarantine, opportunity to earn. Video