Will Armenia buy military drones from India? Yerevan and Delhi in negotiations

Armenia is in active negotiation with India over the purchase of drones and other weapons produced in India. Information about a possible deal was published by Indian news outlet DnaIndia. The Armenian Defense Ministry has so far refrained from comment.

Military expert Karen Hovhannisyan considers the Defense Ministry’s silence understandable, as the deal has not yet been concluded.

At the same time, he believes that maintaining relations with just one strategic partner, Russia, is the wrong approach. Hovhannisyan says Armenia must find new allies — and India could be one of those.

Message from Delhi and Yerevan’s silence

DnaIndia, which announced Yerevan’s intention to purchase military drones and other weapons, is one of the largest English-language newspapers in Mumbai, India’s commercial and economic center.

According to the publication, in June of this year an Armenian Defense Ministry delegation went to Delhi with a list of weapons it requires.

The ministry’s website did not publish anything about the visit to India. Rumors about a possible deal were neither confirmed nor denied.

Meanwhile, Delhi itself reports the words of an Armenian official that the 2020 war in Karabakh made it necessary to reconsider the military needs of the country. The Indian outlet does not report his name, but quotes him as saying:

“The war has shown how useless Russian military equipment is against Turkish weapons, especially Bayraktar drones.”

DnaIndia does not specify what types of weapons are being sought, whether a deal has been concluded, nor for how much.

Two months ago, the country’s authorities announced the launch of the first Armenian satellite into space, and now they announce that they are setting themselves other “ambitious goals”

“There is potential for development of cooperation”

The Armenian authorities have repeatedly stated that the development of relations with India is one the country’s foreign policy priorities. Especially after the Karabakh war, contacts between representatives of the two countries have increased. Foreign ministers have held three meetings over the past year, where trade and economic relations were the main topic of their discussions.

Military cooperation has been mentioned twice in the last six months. On April 13, Armenian Defense Minister Suren Papikyan received the Indian Ambassador to Armenia, Kishan Dan Dewal. Papikyan and Deval are said to have discussed “the need for military-political consultations, mutual high-level visits, as well as the signing of an agreement on military cooperation between the Armenian and Indian defense ministries.” 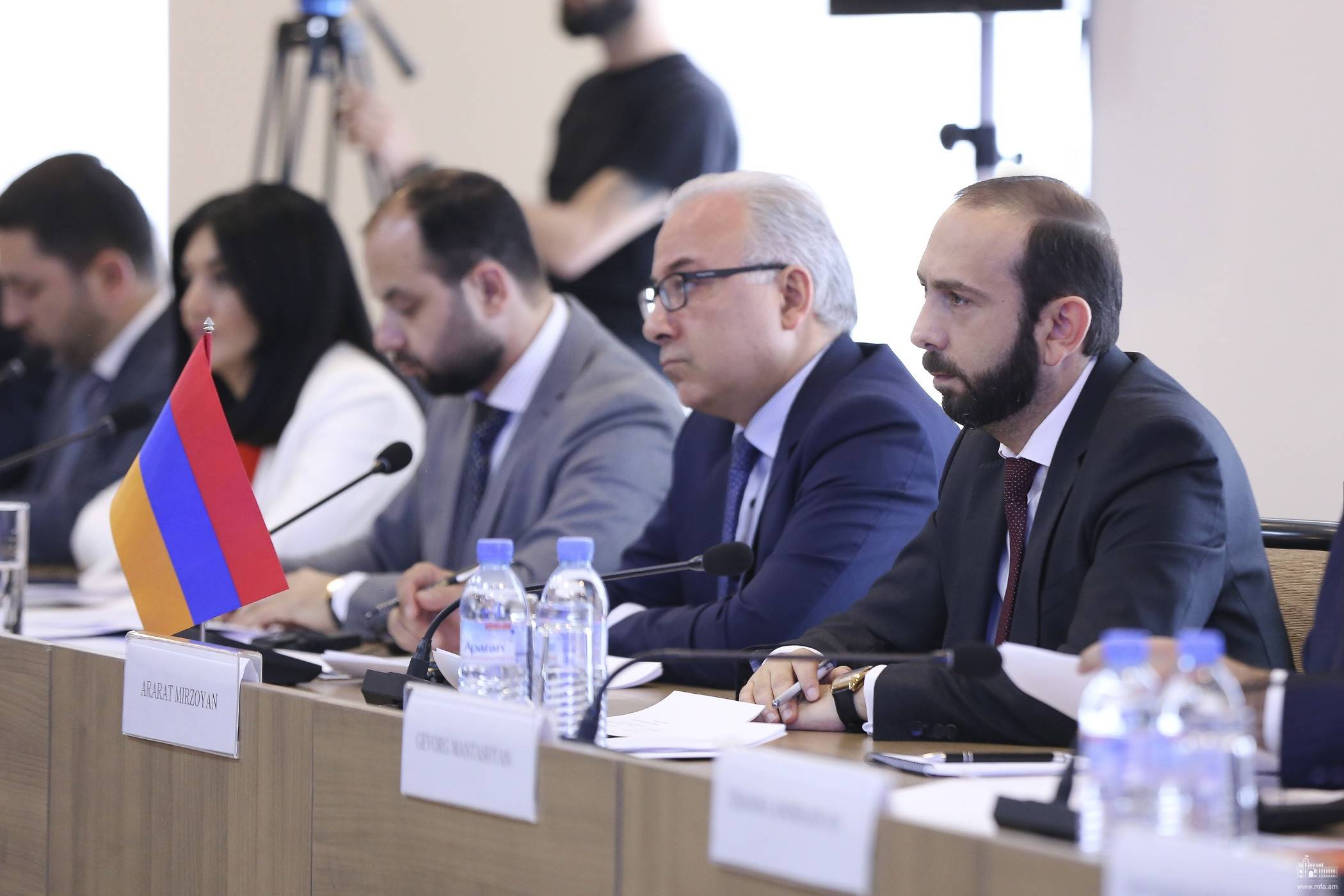 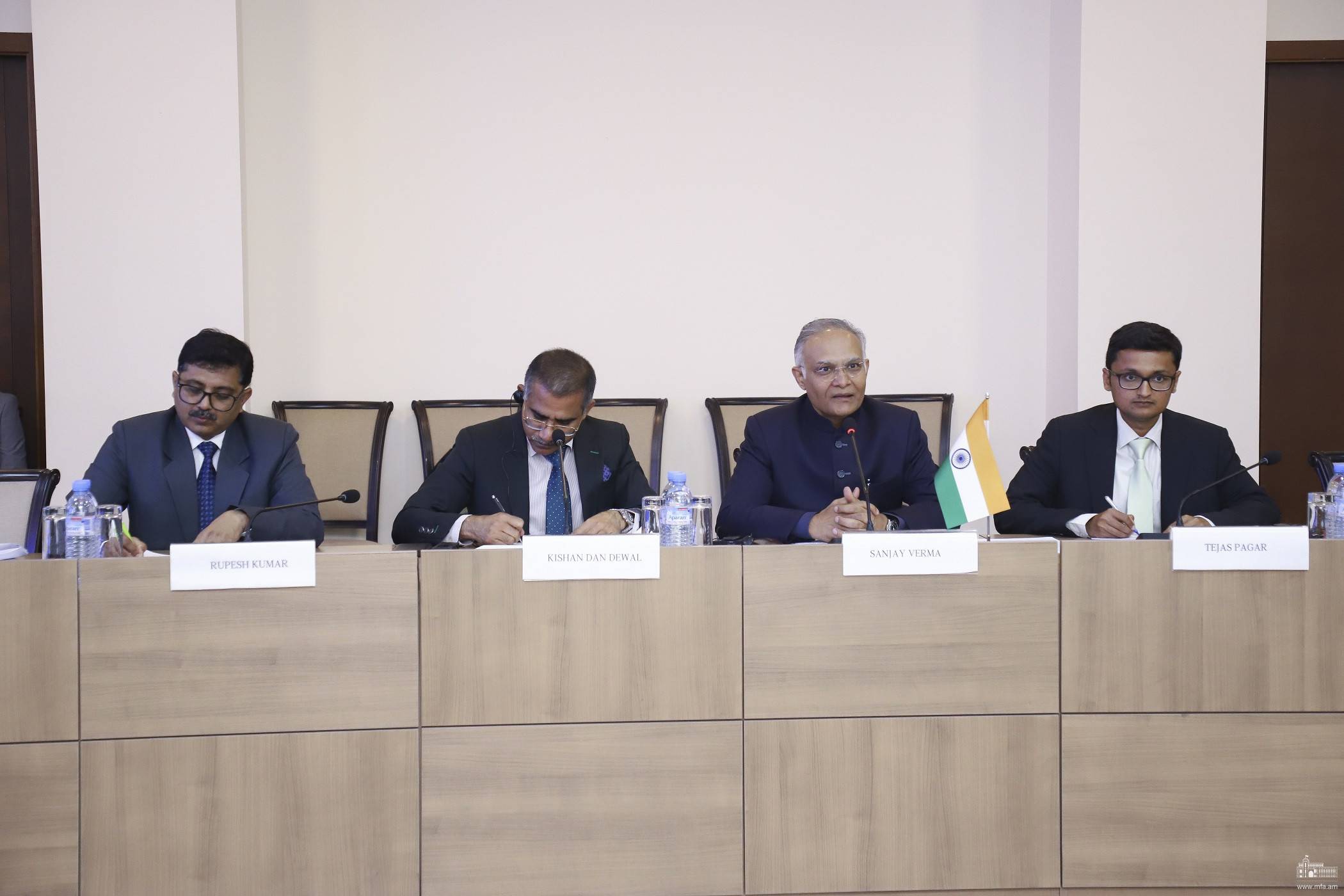 The Minister of Foreign Affairs of Armenia, Ararat Mirzoyan, also touched upon this topic. During a regular meeting of the Armenian-Indian intergovernmental commission held in July, he stressed that the defense and military-technical spheres have great potential and are extremely promising for both countries.

“In the military sphere, we have already begun to explore the possibilities of concrete cooperation. We look forward to long-term relations,” Sanjay Verma, Secretary of the Western Direction of the Indian Foreign Ministry, said in response.

The parties did not announce any details about possible military cooperation.

Before the Karabakh war, in March 2020, the Indian press reported that Delhi would supply Armenia with four state-of-the-art radars capable of determining the trajectory of artillery at a distance of 50 kilometers. The deal was reported to cost $40 million.

Armenian media did not publish information about this deal. According to the same Indian DnaIndia, the deal had been concluded.

Pashinyan-Erdogan telephone conversation should not be overestimated or underestimated, experts believe, Instead, it should be regarded as a step forward in the Armenian-Turkish normalization process

Yerevan’s silence on the matter is justified, military expert Karen Hovhannisyan believes. The expert did weigh in on whether the transaction would take place at all. There is too little information and it is too early to judge the results.

“We must wait for information from the Armenian side. When it starts to emerge what is meant by “other types of weapons”, we will understand what level the Armenian-Indian relations have reached,” Karen Hovhannisyan told JAMnews.

According to the expert, Armenian-Indian relations can be brought to the level of strategy and alliance.

He maintains that there are still other countries in the world, and there is no need to maintain relations with just one strategic partner — Russia.

“The national interests of Armenia and India coincide on many issues. We should be guided by this and develop a strategic partnership. And why not? It is possible to develop the military industry in Armenia with the help of India or enter joint production,” the expert pointed out.

Some Armenian analysts believe the leak about negotiations in the Indian press indicates that “the Indian side does not want to sell drones to Armenia.” Hovhannisyan says Delhi may have had other intentions:

“Perhaps India is publishing the agreement to show that it is trying to become an important state in the region and the world in the military industry, to assume an important place in this area.”

The expert did not answer JAMnews’ question about the purchase of weapons based on India’s capabilities and Armenia’s needs. According to him, “assuming can hurt the cause.”

Opinion: "Cooperation between Armenia and Iran in the military sphere is unlikely"

According to political observer Hakob Badalyan, economic cooperation will remain the main topic for Tehran in relations with Armenia.